5 Reasons to Go to the Aran Islands

Guinness, fiddles, and all-around Celtic madness: you’ve waited your whole life to pub hop in Ireland. But on your visit to the Emerald Isle, why not island hop as well?

The Aran Islands—Inishmore, Inishmaan, and Inisheer—are three small islands 23 miles off the west coast of Ireland, in Galway Bay. While the word “island” usually conjures images of bikinis, white sand beaches, and balmy weather, the Aran Islands should, instead, call to mind Aran sweaters, pebbly shores, and, sometimes, bitter rain. The collective population on these three rocky islands is 1200. These aren’t your margarita-laced party islands. And yet, the Aran Islands have fascinated some of Ireland’s greatest writers and poets; thousands of tourists hop a ferry or a puddle jumper to this beautiful limestone archipelago each year. Here’s why:

Ireland as it Was 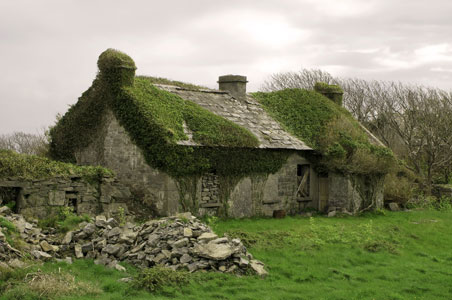 If your visions of Ireland are more 1813 than 2013, this is the Ireland that time forgot. The Aran Islands are where you’ll find your dreamscapes—acres of green fields, spontaneous trad music sessions, and fishermen in nubby sweaters hauling their catch into traditional curach boats. Not only are the Islanders fiercely devoted to preserving ancestral Irish culture, but The Aran Islands are also a gaeltacht—an area where Irish (known as “Gaelic” outside of Ireland) is spoken as a first language. Tip: No, the islanders are not all named “slán.” It’s just common to hear people bid each other farewell in both English and Irish.

The Uninterrupted Nature and Utter Tranquility 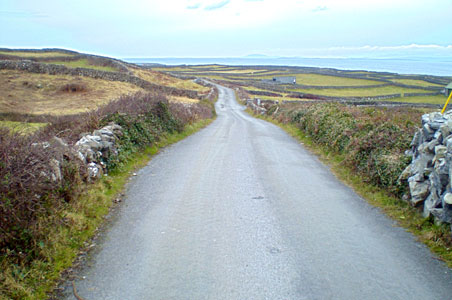 And speaking of Irish dreamscapes… You’ll find evidence of man on these isles—clusters of pubs, restaurants, sweater shops, convenience stores, B&Bs, and the dazzling ruins of pre-Christian forts. And then you get the great green stretches of impossibly beautiful Irish countryside, sliced through by centuries-old stone paddocks. Rent a bicycle, a horse, or a fishing pole; better yet, take to the sprawling, rocky terrain on your own two feet to best admire the vegetation and the livestock. The sound of the waves crashing against the beach is omnipresent as is the blue sea, never too far off in the distance. Keep a sharp eye out for seals: there’s a colony on Inishmore. 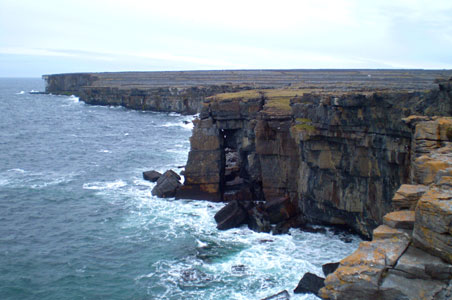 The massive Cliffs of Moher in Western Ireland are revered worldwide—and rightly so. But the cliffs of the Aran Islands are equally, if not even more, stunning. Unlike the Cliffs of Moher, the Aran Island cliffs are savage; no Disneyland-like handrails or “caution” signs everywhere, and just a fraction of the tourists. It’s ferocious natural beauty; if you visit in the Off Season, it’s possible to find yourself alone up there. Just you, the wind, and insane views of the Atlantic Ocean. A sunset visit to Inishmore’s Black Fort, a secluded Iron Age stone fort situated on the cliffs at Killeany, is nothing short of life-changing. Just make sure to leave enough time to get back to Kilronan village before the sun disappears; there are no lights on those countryside trails. 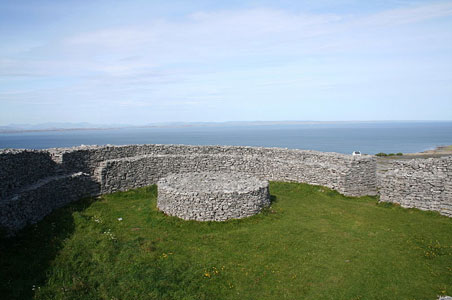 There are more than 5,000 years of human history on the Aran Islands, ranging from Late Bronze Age forts to early Christian churches to Joe Watty’s pub. Dun Aengus on Inishmore is perhaps the Aran Islands’ best well-known stone fort, while the smaller Dun Eochla is thought to be the best-constructed. Inisheer is home to Cill Ghobnait, a small 9th century church, as well as the 10th century Teampall Chaomhain Caomhan, a church built to honor Caomhain Caomhan, the patron saint of Inisheer.

Clochán na Carraige on Inis Mór is a perfectly preserved ancient “beehive” dwelling and on the opposite end of the scale, O’Brien’s Tower on Inisheer is a large, three-story 16th century castle. There’s nothing like hiking through acres of desolate countryside and standing on ancient stones to give you perspective on your place in the universe. 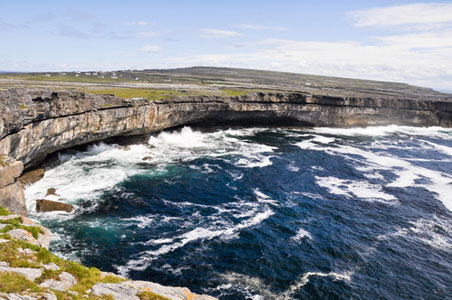 You don’t have to be a Celtic history buff, nature geek, or misanthrope to enjoy the Aran Islands; there’s something for adrenaline junkies as well. The islands’ scarily jagged cliffs are a popular attraction for rock climbers and cliff divers; in 2012, Inishmore even hosted the fourth leg of the Red Bull Cliff Diving World Series event. The diving took place at Poll na bPéist—translated from the Irish as “worm hole,” and locally dubbed “The Serpent’s Lair.” The Serpent’s Lair is a nearly perfect rectangular “wormhole” naturally occurring in the base of a cliff, leading to a 91 foot drop.

Bonus: Two words…Ted Fest! In the late 1990s, the BBC ran a sitcom called Father Ted. The beloved series chronicled the misadventures of three Irish priests who were exiled to the fictional “Craggy Island,” a setting inspired by the Aran Islands. Father Ted fans, this is your Graceland. Each winter, Inishmore hosts a “Ted Fest” where visitors dress up as their favorite Father Ted characters and local pubs and businesses host Father Ted-themed events. We bet you’ve never seen so many drunk priests and nuns in your life.

Photo credits: Ireland as it Was via Shutterstock; Uninterrupted Nature and The Cliffs courtesy of Eva Sandoval; Dun Eochla via Wikimedia Commons/Ingo Mehling; Cliff Diving via Shutterstock