Deals Leila Najafi Attention West Coast: You Can Now Book Flights to Paris for as Little as $321
Home  >  News   >   5 Reasons to Go to St. Petersburg, Florida

Arts and culture are celebrated as much as the world-class beaches in St. Petersburg, making it the ideal Florida stop for those who want to pack more than towels and sunscreen into their Gulf Coast getaways. February to April brings blue skies and mild temperatures, a prime time for exploring the area’s abundant festivals, markets, and art walks. For a quieter stay with better hotel deals than during winter high season, visit in the fall after school is back in session and the summer heat has waned. Read on for five reasons to get there in the new year. 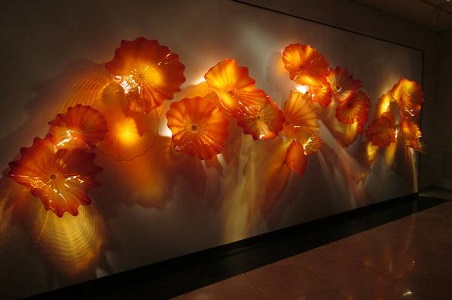 The city is mid-sized, but the arts scene is major. Fronting the bay in downtown are The Dalí Museum, featuring 96 of the surrealist artist’s oil paintings; the Chihuly Collection, dedicated to the celebrated glass sculptor; and the recently upgraded, centuries-spanning Museum of Fine Arts. A 90,000-square-foot museum dedicated to the American arts and crafts movement will elevate the downtown arts profile even further in 2016. Second Saturday Artwalks showcase the constellation of local galleries around Central Avenue, and are one of the best ways to get a feel for the eclectic range of folks that call St. Petersburg home. 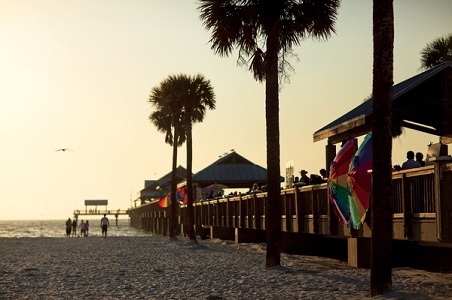 Experience diverse destinations in one vacation: Although St. Petersburg is the main city of the peninsula it inhabits, some two dozen municipalities fill this area between Tampa Bay and the Gulf of Mexico. Spend time exploring these small towns for handmade crafts, a relaxed pace, and tasty local fare. Clearwater is the largest and most well known after St. Petersburg, thanks to its white-sand beaches and an aquarium that houses Winter, the dolphin with the prosthetic tail that starred in Dolphin Tale and its now-filming sequel. Also worth a visit: Gulfport, for its dedication to arts and crafts; the Scottish community of Dunedin, a picturesque jumping-off point for biking the Pinellas Trail; and John’s Pass Village in Madeira Beach, anchored on an old-school boardwalk with shops hawking homemade fudge, kitschy souvenirs, and boat tours.

Insider’s Tip: Shop for natural sponges and gorge on saganaki in Tarpon Springs, one of the largest Greek communities in the United States. 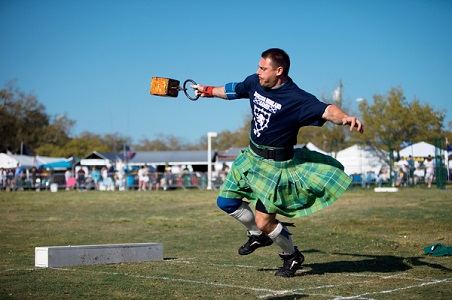 St. Petersburg embraces its balmy year-round weather with a nonstop parade of outdoor festivities. The free, two-day Mainsail Arts Festival draws 100,000 people to the St. Petersburg waterfront in April. The Grand Prix of St. Petersburg sends Indy cars tearing through the downtown streets every March (think Monaco, not NASCAR). Dunedin salutes its Scottish heritage with the Highland Games in April. Movies in the Park takes over St. Petersburg’s North Straub Park for open-air film screenings in May and October. With fall, comes four days of concerts at the Clearwater Jazz Holiday, along with St. Petersburg’s upscale food-and-wine extravaganza, Enjoy Arts & Tastes.

Insider’s Tip: St. Petersburg’s Saturday Morning Market is a great way to savor the weather and get the flavor of the local community without committing to a huge event. About 130 stalls feature organic produce, local crafts, and plants. 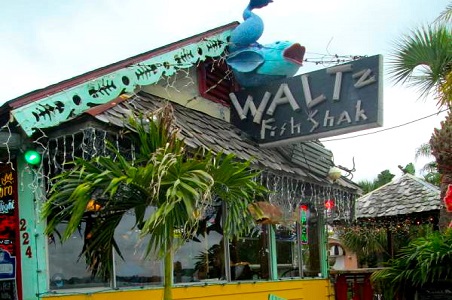 With so much coastline, you’d imagine that quality seafood restaurants in Florida would be as ubiquitous as Starbucks. Sadly, not so. St. Petersburg, which keeps chain eateries to a minimum, fares well on the fresh catch front in all price points. Grouper is the city’s “official” fish, whether blackened, grilled, or lightly fried. Snapper is also a solid bet.

Insider’s Tip: Have a casual lunch at Walt’z Fish Shak in John’s Pass Village in Madeira Beach, where a printed menu would expire within hours—it requires a chalkboard to keep up with the local catch as it hits the kitchen. This is grouper/snapper/hogfish at its freshest and without fussiness; the yucca fries and side salads are equally delicious. 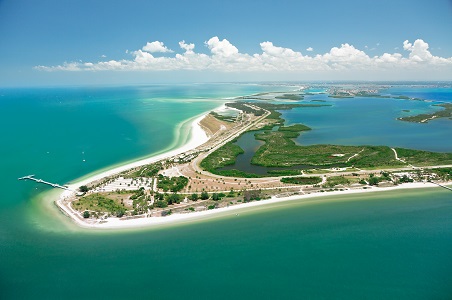 Soothsayer of sand “Dr. Beach,” who has spent more than 20 years evaluating coastal communities, bestowed national winner status on two St. Petersburg-area beaches (and then excluded them from future ratings to give others a chance). And yes, they’re that good. Fort De Soto Park, south of downtown St. Petersburg, combines white-sand beachfront that still feels untamed with easy access to hiking, fishing, camping, and a historic fort. To the north, near Clearwater, is Caladesi Island State Park, a wild barrier island with talcum-fine sand that’s accessible via a short ferry ride, yet feels like it’s a world away. There are plenty of other worthwhile beaches scattered in between these two—such as St. Pete Beach and Clearwater Beach—for sun worshippers who prefer their sand closer to civilization and its amenities.

LoAnn Halden is a Fort Lauderdale-based freelance writer/editor who is also the Media Relations Director for the International Gay & Lesbian Travel Association.