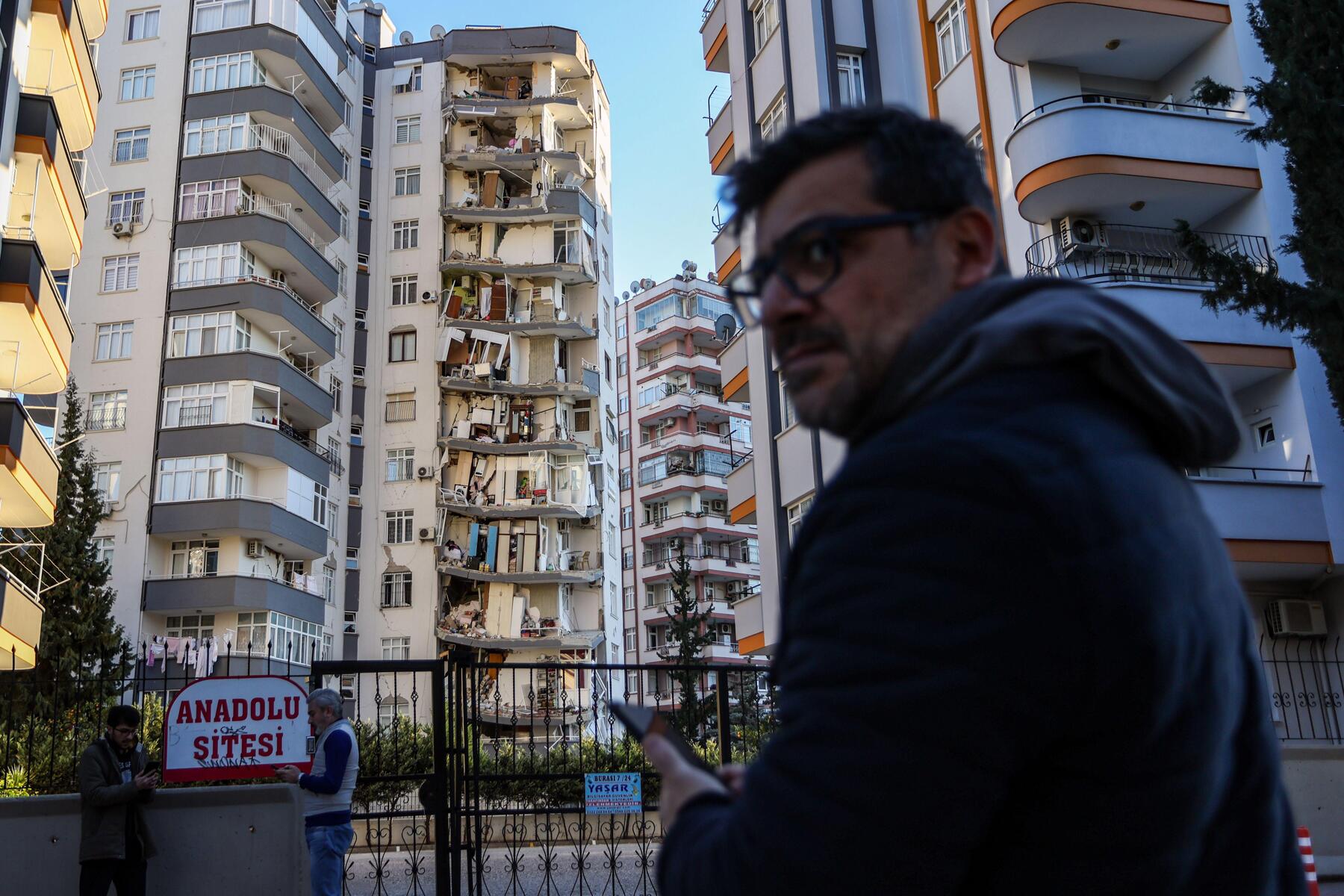 5 Reasons to Go to Macau (and Stay Awhile)

Mention Macau, and for most people the images that come to mind are likely to be filtered through celluloid: the smoky dens and shady characters of countless gambling B-movies and more recently, a striking cameo in the recent James Bond film Skyfall. While the many casinos that pepper this small enclave are in reality a good deal less darkly glamorous than 007 would have us believe (think Chinese grandmothers playing fierce games of baccarat rather than Bond’s lantern-lit, floating den of iniquity), gambling remains the main tourist draw here. Macau is usually treated as a side trip from Hong Kong, less that an hour away by hydrofoil, but on a recent visit we were persuaded to linger a little longer than usual. Here’s why we think Macau is worth the extra time… 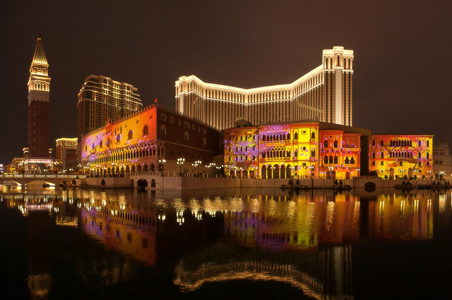 Any ‘Macau top 5’ that left gambling off the list would be ignoring the elephant-with-dollar-signs-for-eyes in the room. Macau is synonymous with casinos, and the opportunities for laying a few thousand patacas on the table are simply endless. In terms of gaming revenue Macau could eat Las Vegas for breakfast; today it is the world’s most lucrative gambling market attracting an endless stream of high-rollers from the Chinese mainland. For an experience that’s closer to the (comparatively) less intense Vegas scene, we recommend starting at The Venetian, the world’s largest casino, with more than 550 tables on the floor and more than 2,000 slot machines. Just make sure your pockets are deep—it’s go big or go home around here. 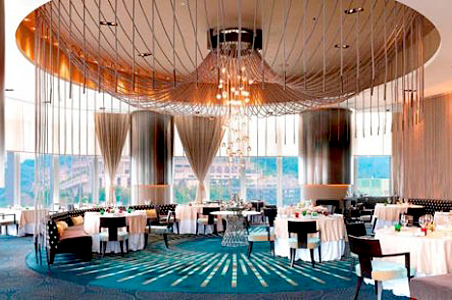 Macau is one of Asia’s best-kept culinary secrets, with an astonishing density of fine-dining options and a vibrant street-food scene. The ‘must-try’ is the iconic Macanese custard egg tart; some swear by those at Lord Stow’s Bakery on Coloane, others argue passionately for those from rival Margaret’s Cafe e Nata—we say: best to have both. Leave some room for dinner though—Michelin-starred restaurants abound, and while the dramatic location of Robuchon au DÃ´me gets a lot of the limelight, there are several other Michelin-starred gems flying slightly under the radar, like chef Guillaume Galliot’s Tasting Room at the City of Dreams.

Insider Tip: The lunchtime prix fixe menu complete with a gold-flaked dessert (pretend you’re in Goldfinger) makes this affordable even if you’ve had no luck at the tables.

Don’t forget the superb Portuguese cuisine that is a big part of the Macanese tradition. If you can’t get a table at the acclaimed A Lorcha, head to Espaco Lisboa, a two-storey traditional house on Coloane for hearty seafood stew washed down with a crisp Vinho Verde. 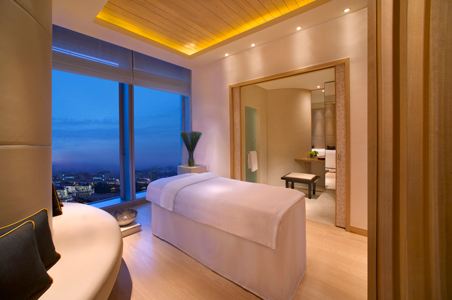 When all that gambling adrenaline starts to take its toll on your nervous system, head to one of Macau’s world-class spas for a treatment that’s as soothingly indulgent as it may be eye-wateringly expensive. With so many to choose from it pays to do some homework first. We love the Isala at City of Dreams for their massages and fruit body scrubs, though the award-winning Banyan Tree Spa at the Galaxy Macau also scores highly for the amazing interior—the bamboo-and-water-filled inner courtyard is the perfect antidote to the frenetic casino. To take the pampering to the next level, stay in the attached Banyan Tree hotel, where each suite comes with its own in-room Relaxation Pool. There’s an East-meets-West vibe at the Shine Spa for Sheraton at the Sands Cotai Central beginning with an interactive iPad questionnaire (which quizzes you on your Chinese zodiac, favorite color, and most active time of day) to determine which of the traditional five elements of Feng Shui will dominate your personalized treatment. 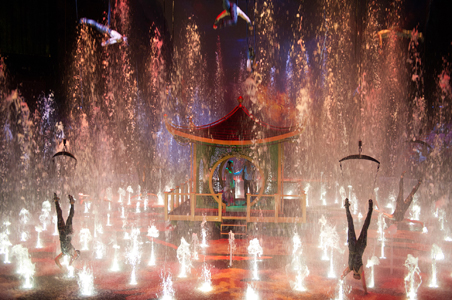 Away from the neon lights, Macau has a rich, 400-year-old cultural heritage to explore. In fact, the entire downtown historical center has been designated a UNESCO World Heritage site and deserves to be taken in at a leisurely pace.

For a Venice-meets-Vegas cultural extravaganza, check out the Venetian Carnevale, held in May and featuring a packed food and arts based program, a highlight of which is the Macau Wine and Dine festival. Macau’s diverse culture is celebrated through dance, visual arts, and opera in the annual Macau Arts Festival running now through early June. Whenever you visit, be sure to experience the HK$2 billion spectacular that is The House of Dancing Water at the City of Dreams. Designed by Franco Dragone (Of Cirque du Soleil fame) it’s the world’s largest permanent water-based show. While the storyline is opaque at best (where did all those motorbikes suddenly come from? What’s up with the pirates?), the acrobatics and visuals are so astonishing that it hardly matters. Trust us. Just go.

Do it for the Kids 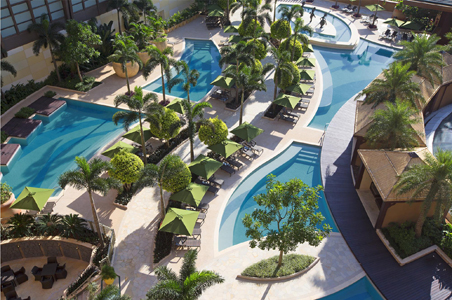 Macau may not be the first place you think of to take the kiddies, but with such an abundance of entertainment on offer for the adults, the smart resorts have upped their family-friendly credentials in recent years. Leading the pack is the brand new (and world’s biggest) Sheraton, part of the staggering Cotai strip development. Children’s themed rooms are packed with fun details that will elicit some envy from the grown-ups; think complementary Wiis, cookies, and cute towel origami. A packed activities program with sports, movie nights, and arts and crafts will entertain kids of all ages, beginning the moment your family arrives—the separate “kiddies check-in desk” has free slushies, balloon animals, and the chance to ride around the lobby in a dune-buggy while the adults deal with the boring stuff like reservations and room keys. Jealous? Us?