Land Rovers and khaki are so last year. As East Africa’s annual wildebeest migration gets into full swing, the classic safari is getting a new look to fit a wider variety of tastes and budgets. Here are five offbeat ways to go on safari in Kenya right now: 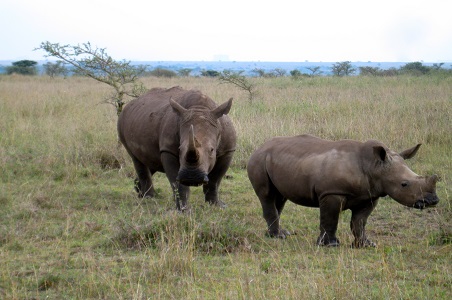 Rhinos romp before the city skyline in Nairobi National Park, an African savannah reserve set at the edge of the Kenyan capital. It’s an easy escape from the concrete jungle, a genuine safari that brings you a shutter-click away from wild lions, giraffe, and Cape buffalo, and then back to town in time for afternoon tea. If you find it a bit jarring that four of the Big Five (all but elephants) roam freely this close to a city of 3 million people, consider this: The park is fenced on its northern border, alongside the city, but wide open to the south.

Insider Tip: If you’re traveling without your own car, reserve a private game drive in an open-sided Kenya Wildlife Service safari van. 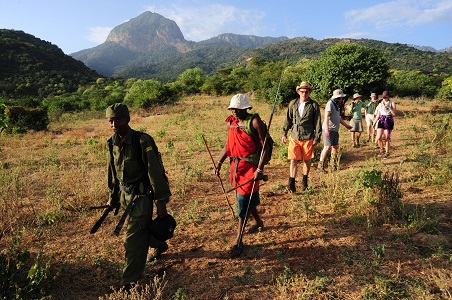 Hoof it like a zebra across the arid plains of Laikipia on Karisia‘s walking safaris, where you’ll see eye-to-eye with wildebeest, antelope, and the odd leopard, free of the engine’s roar. Led by one of Kenya’s only female walking guides, Kerry Glen, the wilderness tours are a low-impact way to experience East Africa as nature intended—warthogs and all—with unpredictable Out of Africa-style thrills like a cheetah encounter—a wildcat here was tamed by local tribespeople after it once walked right into camp. Pack camels carry a tidy camp, complete with mosquito nets, toilets, and hot morning coffee.

Insider Tip: If your feet need a rest, hop aboard one of the riding camels in tow. 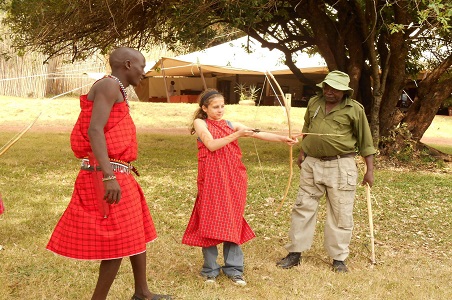 The semi-nomadic Maasai people were traveling the savannahs long before Land Rovers were even a twinkle in Africa’s eye. At Cottar’s 1920s Safari Camp, Kenya’s oldest safari operator, guests spend a day learning old-school safari skills from Maasai guides, like tracking lions by their paw prints through the bush, or making fire with two sticks, a handful of grass and a bit of elephant dung thrown in for luck. If you’ve ever wondered how to throw a spear straight enough to stick a lion, here’s where to learn. Pay attention, because at the end, there’s a test—if you pass, you’re awarded a traditional wooden bow and arrow, and Maasai bragging rights.

Insider Tip: If you want to delve in deeper, visit a Maasai village at twilight, when the whole community gathers to round up cows for the night. 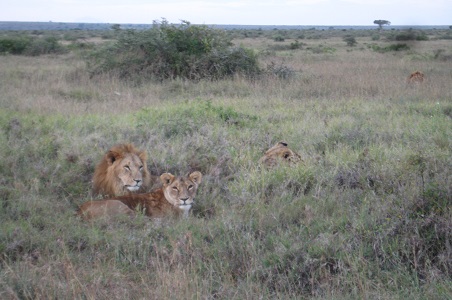 Wildlife researchers at private wilderness reserve Loisaba aim to keep a healthy distance between lions and livestock, keeping radio collar tabs on the area’s resident lion prides to make sure cattle herds steer clear. You can help find the lions with the assistance of safari guides and their radio-tracking equipment; then photograph them, log their location, and add your info to the project database. At night, compare notes by a roaring fire in Loisaba’s grand main lodge.

Insider Tip: When researchers are in the field, catching and collaring lions at Loisaba, guests are invited to lend a hand. 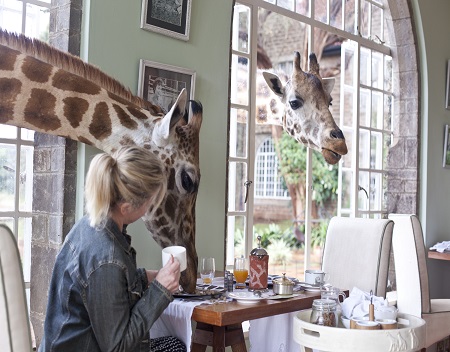 You don’t even have to leave the house to meet African wildlife up-close and personal at Giraffe Manor, in Nairobi‘s posh Langata district. The 1932 Scottish-style mansion, now a six-room luxury hotel, abuts the African Fund for Endangered Wildlife’s breeding center for endangered Rothschild’s giraffes, and the graceful giants roam the garden here, with stumpy-legged warthogs scrambling at their feet. Breakfast is taken en famille, with humans at the table and giraffes joining in through ivy-draped terrace windows. (They get their own plates, so your eggs are safe).

Insider Tip: If early breakfast isn’t your thing, join the giraffes for cocktail hour on the terrace—longneck, anyone?