Sanibel—an island situated in the Gulf of Mexico off the coast of Southwest Florida—is one of America’s most precious vacation destinations. It is home to some of the world’s finest beaches and wildlife reserves. And, thanks to careful city planning, residents have effectively controlled development and encouraged the preservation of the island’s ecology since passing the Sanibel Comprehensive Land Use Plan in 1974.

You won’t find many buildings taller than two stories here. They’re not allowed unless they were built before 1974. Fast food joints and chain restaurants are banned too with the exception of Dairy Queen and Subway, which were on the island before that rule went into effect. What you will find is a laid-back community that’s adopted a more organic way of life.

The causeway bridge connects the island to Fort Myers in Lee County. Most of the year residents live on the island’s East End. Periwinkle Way is the main drag and it runs from the eastern tip of Sanibel to the midpoint of the island at Tarpon Bay Road. Beach cottages, vacation condos, and multi-million-dollar homes dot Middle Gulf and West Gulf drives, both of which have spectacular views of the beach and ocean.

Explore the Island by Bike or Segway 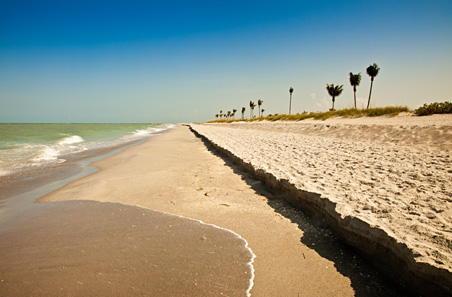 Sanibel is the perfect place to cycle or try out a Segway. With 22 miles of paths shared by joggers, walkers, and cyclists, it’s easy to discover the island. Check out the shops on Periwinkle Way (don’t miss Bailey’s General Store, in business since 1899), the beaches on West Gulf Drive, the J.N. Ding Darling National Wildlife Refuge, and the Nature Center and walking trails at the Sanibel-Captiva Conservation Foundation.

Do the Sanibel Stoop 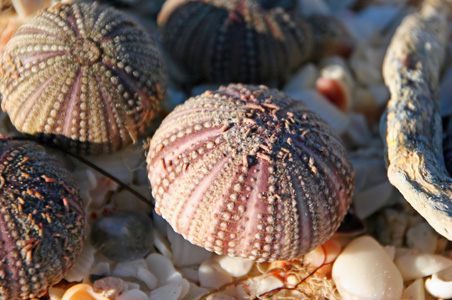 Head to any beach on Sanibel and you’ll notice people walking along the shore with their shoulders stooped and heads down. They’re doing the “Sanibel Stoop,” looking for shells that the ocean has deposited here. This barrier island has an east-west orientation instead of the north-south configuration of most other islands. That unique placement is what’s created the beautiful, sandy beaches and the abundance of unusual shells. Of the 250 kinds of shells found on the island, the most prevalent are coquinas, scallops, and whelks. You can sometimes find sand dollars but the most prized shell of all in the area is the junonia. You can learn all about the shells of Sanibel at the Bailey-Matthews Shell Museum on Sanibel-Captiva Road.

Take a Boat Out on Tarpon Bay 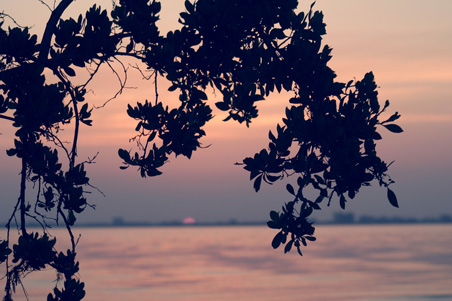 Tarpon Bay, on the north side of the island, is a fantastic place to spend the day. There’s Tarpon Bay Beach and an expansive bay on which you can kayak, canoe, or enjoy by pontoon boat or standup paddleboard. Tarpon Bay Explorers is the licensed concessionaire at Tarpon Bay as well as the J.N. Ding Darling National Wildlife Refuge. They rent fishing equipment, boats, and bikes. They also offer guided kayak and canoe tours plus breakfast, daytime, and evening cruises on covered pontoon boats. No matter how you decide to discover Tarpon Bay, you’ll encounter the mangrove forest and tidal flats that are home to bird rookeries for roseate spoonbills, pelicans, egrets, ibis, herons, cormorants, and more than 200 other species of birds. You may also see dolphins and manatees in the bay. 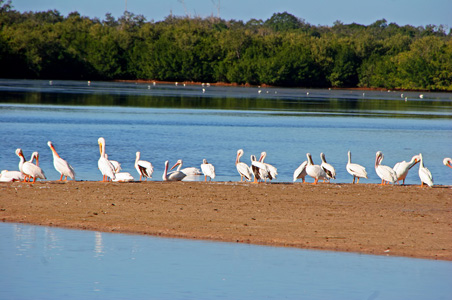 Named for cartoonist Jay Norwood “Ding” Darling, the J.N. Ding Darling National Wildlife Refuge encompasses the largest undeveloped mangrove ecosystem in the country. There are several ways to see the reserve. You can drive or bike the 8-mile loop around Wildlife Drive. Three walking trails—Indigo Trail (4 miles roundtrip), Wulfert Key Trail (a quarter mile leading to a view of Pine Island Sound), and Shell Mount Trail (a quarter mile of accessible boardwalk)—can all be found off Wildlife Drive. (Note: Wildlife Drive is closed for repaving until October 2013.) The 100-acre Bailey Tract, located off Tarpon Bay Road, is also a neat area to visit since its wetlands support freshwater plants and animals like river otter, bobcats, and armadillos and reptiles like alligators and turtles.

Tour the Clinic for Rehabilitation of Wildlife 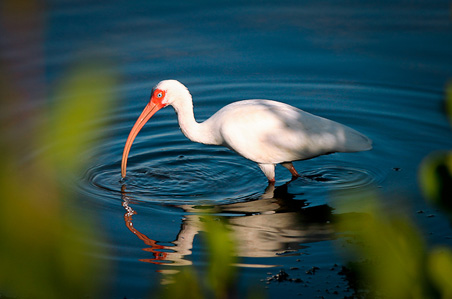 You may feel like you’re in a far-off land in Sanibel but it’s actually the home of one of the country’s leading wildlife rehabilitation facilities. The Clinic for Rehabilitation of Wildlife (CROW) cares for more than 4,000 sick, injured, or orphaned “wildlife patients” each year. Last year they treated 200 different species. The complex features a state-of-the-art hospital manned by veterinarians and volunteers. At CROW’s Education Center, get in on interactive games like “Be the Vet,” in which participants try to diagnose an animal’s medical issue. There are also behind-the-scenes tours of the rehab hospital as well as video presentations and other special events.