With its colorful markets, bustling tea houses, stratospheric skyscrapers, and multicultural cuisine, Hong Kong is one of Asia’s most exciting cities. But after a few days of crowded streets and frenetic MTR rides, you might need a break. Luckily, some 230 outlying islands and a high-speed link to the mainland provide a surplus of nearby locales ripe for exploration. Whether you are ready for a change of pace or simply keen to venture beyond the city limits, these easy day trips should do the trick. 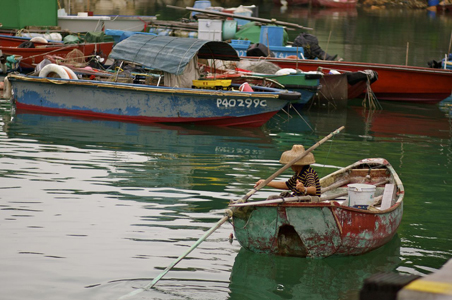 Just a 40-minute ferry ride from Central, Cheung Chau is a world away from the hustle-bustle. Though beloved by locals for its open-air seafood restaurants, travelers will also want to explore the age-old temples, Mini Great Wall and Cheung Po Tsai Cave. Catch a glimpse of Hong Kong’s past with a ramble through the quiet, car-free streets or head to Kwun Yam Wan Beach for a day of sand and sun. You can easily cover the island on foot or rent a bike from one of the many stores peppering Praya Road, with hourly rates starting at HK$10. Leave time to devour seafood by the pier; the colorful harbor—brimming with junk boats, houseboats, and fishing trawlers—is a landmark in itself. 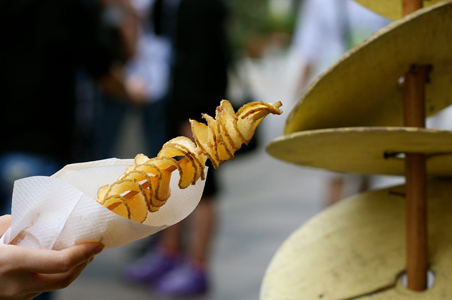 Where to Eat: Don’t leave without trying one of the island’s spiral potato chip sticks from a tiny eatery called Island Brewery, located a few blocks east of the ferry pier. Looking for lunch? New Baccarat Seafood Restaurant, on the corner near the beautifully preserved Pak Tai Temple, anchoring Praya Rd., is among the best bets. Pick your dish from live fish tanks, or order off the reasonably priced menu. 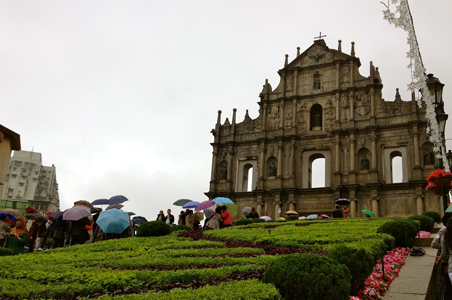 While at first glance Macau may seem like one big gambling den, there’s more than meets the eye in this Chinese-Portuguese enclave. Unless you’re keen to hit the slots in an over-the-top casino, skip straight to the spellbinding Ruins of St. Paul’s Church, A-Ma Temple, Guia Hill, Taipa Food Street, and the charming, cobblestoned village of Coloane in the southern tip of the Taipa peninsula. You can easily flood an itinerary with cultural sites, entertainment, and top-notch Portuguese cuisine, so consider staying overnight.

Sweet Treats: One of the best inventions known to mankind, Macau’s Portuguese egg tarts should not be missed. Eat these creamy, crumbly baked treats for breakfast, lunch, dessert—whenever the mood strikes. In Coloane, Lord Stow’s Bakery has a reputation as the city’s best, but the centrally located Margaret’s Cafe e Nata (17a Rua Alm Costa Cabral, 0853-2871-0032) is also worth a try. 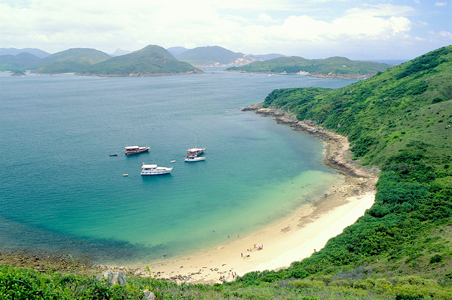 Dubbed the “back garden of Hong Kong,” Sai Kung is a lush oasis in the northeastern New Territories that’s popular for hiking, fishermen’s villages, seafood, and four pristine beaches. One beyond the next along Tai Long Wan (meaning, Big Wave Bay), the beaches are accessible only via boat or a 20- to 90-minute hike (the longer you hike, the better the beach). Both routes offer incredible views—think sprawling coastlines hugged by rugged mountain peaks—and require an early morning start. From Central, take an hour-long MTR ride to Diamond Hill, followed by a short cab to Sai Wan Pavillion. Follow signs for hiking trails or negotiate a sampan ride (about HK$150). Though this idyllic escape is rarely overrun thanks to the taxing trek, expect to share sand with about a dozen hikers and surfers on a sunny summer day.

Insider Tip: Pack plenty of water and snacks, as the more far-flung beaches are void of food and drink outlets. Equally important: Don’t confuse Sai Kung’s Big Wave Bay with others of the same name around Hong Kong. For more details, check out what the Hong Kong Tourism Board has to say. 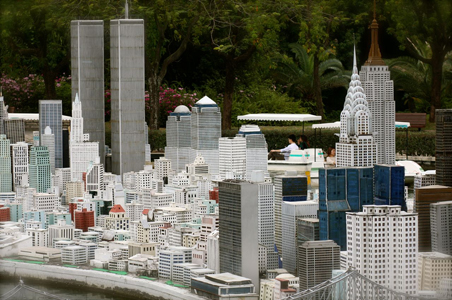 The gateway to mainland China, Shenzhen is one of the most underappreciated day trips from Hong Kong. Though there’s nothing wrong with spending the day shopping for knock-offs or relaxing at an incredibly inexpensive day spa—check out Queen Spa if this is your thing—don’t miss out on Shenzhen’s quirky attractions and tasty nosh. Founded in 1989, the Dafen Oil Painting Village is famous for its startling replicas of oil paintings from the likes of Monet and Van Gogh. For lunch, make like those in the know and head to Xiangmihu Holiday Village, where you’ll want to roll up your sleeves, dig into some savory BBQ, and throw back a frosty brew. To fulfill your lifetime-kitsch quota, you need only to swing through the Windows of the World amusement park, where you’ll find pint-sized reproductions of practically every international landmark.

Insider Tip: All right, you’ve earned a shopping spree. For everything from faux Fendi to fake Ferragamo, hang around Luohu Commercial City near the Hong Kong border. More adventurous shoppers should venture over to Dongmen Pedestrian Street, a market touting shoes, comic books, suitcases… everything imaginable. 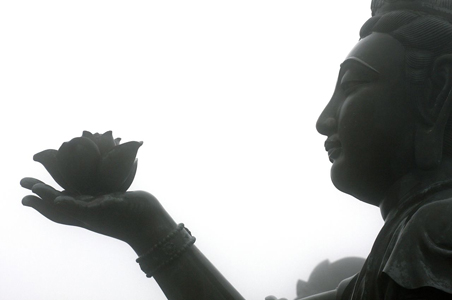 The rolling green mountains, traditional villages, and unspoiled beaches of Hong Kong’s largest outlying island are a breath of fresh air. The basic Lantau itinerary should include the Wisdom Path, Ngong Ping Village, and Tian Tan Buddha—looming atop a mountain of 268 steps. Though crawling with tourists, the sites are worth a visit and can be reached via MTR, followed by a picturesque, 20-minute cable car. For something less predictable, re-route in favor of Tai O. This vibrant fishermen’s village on Lantau’s west coast is home to endangered pink dolphins, as well as the Tanka people, who have lived in traditional stilt houses for several generations. You’ll also find some of the area’s best seafood, with closet-sized shops hawking the local specialty: dried shrimp paste.

Kate Springer is an American journalist based in Hong Kong who focuses on travel, lifestyle and environmental reporting. In the past year, her work has appeared in Fodor’s, TIME, Forbes Travel Guide, HK Magazine and Smart Travel Asia. When she’s not ambling around Asia, you’ll find her teaching English, dabbling in photography, and devouring xiao long bao.