News Apeksha Bhateja It's a Tie: The 2 Most Annoying Airline Passenger Behaviors of 2022
NewsMake the Most of Your Layover at the World’s Best Airports

Getting stuck at the airport usually equates to mind-numbing boredom. With ever-looming potential for weather delays, flight cancellations, or back-to-back long-haul flights, it’s easy to land yourself in dreaded “layover” status. The good news: Many international jet-set hubs (naturally, big stopover points) are coming to flyers’ rescue, continuing to roll out mega-entertainment options and “top that!” amenities that transform their terminals into temporary tourist destinations in their own right. From golf courses and yoga rooms to sleep pods and swimming pools, these seven airports make waiting around so fun, you might want to skip your flight. 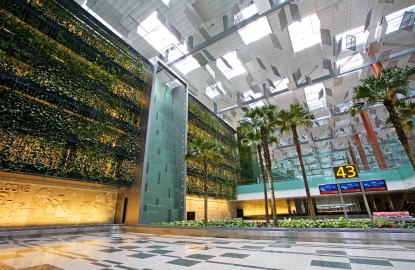 What to Do: Consistently ranked among the world’s best airports, Changi in Singapore has it all, including a bevy of award-winning, open-air gardens. We’re not sure which is cooler: the two-story butterfly grotto featuring a 27-foot waterfall, indigenous plants, and a thousand free-flying native butterflies (T3); the 40-species cacti garden (T1); or the rare orchid and sunflower gardens (T2). Added crowd-pleasers include T1’s Balinese rooftop pool ($13 nets you shower access, plus a free drink); the world’s tallest airport slide (T3); the Entertainment Deck (T2) with complimentary XBox and PlayStation consoles; and a trio of free movie theaters screening Hollywood flicks 24/7. Specially-designed reclining snooze chairs are plentiful, as are recharging kiosks and free Wi-Fi hotspots. Didn’t bring your laptop? Hunker down at one of the 550 free Internet kiosks. Visit T1’s Fish Spa for a 20-minute fish-nibbling pedi-session, ear candling, hot stone massage, or aroma-enhanced power nap. Lastly, ladies will love the fancy, salon-quality powder rooms (check out T3’s especially)—perhaps the world’s only airport restrooms that are so plush, comfy, and clean, you’ll be tempted to nap stall-side.

Where to Eat & Drink: Sample Singaporean specialties like laksa (a piquant noodle soup) and spicy pork rib soup at Prima Taste, or try Imperial Treasure for Cantonese roast goose and fresh fish. One of the city’s most popular watering holes, hit up Harry’s Bar outposts in Terminals 1 and 3 for live acoustic performances, good drinks, and light bites.

Where to Sleep: Ambassador Transit Hotels are located in each terminal. The best part? You can check-in and out without ever clearing immigration (rooms are available in six-hour blocks; from $28).

Nearby Attractions: Customers with layovers lasting more than five hours are eligible for a free guided two-hour city tour, given by airport authorities. 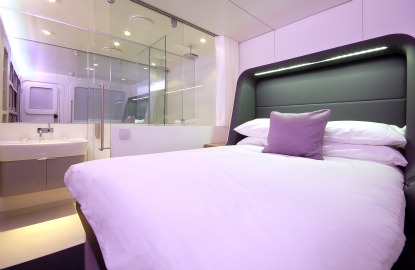 What to Do: The Olympic host airport for 2012 garners first-class stopover status for many reasons, but fashion comes first. Gleaming flagship Terminal 5 accords a slew of luxury shops worthy of London‘s Oxford Street, like Burberry, Dior, Mulberry, Gucci, and a sprawling 11,000 square-foot Harrods. Sample testers at specialty Cocoon skincare and World of Whiskies (both in T1), or browse jewelry, Parisian macaroons, and trendy British clothing at various pop-up boutiques. Don’t forget to pick up an official 2012 Olympics souvenir from The London 2012 Shop (T3) and check www.heathrowairport.com daily for special offers at all airport stores, including eight World Duty Frees. Dive into a copy of Alain De Botton’s A Week At The Airport, which recounts the author’s weeklong stint as Heathrow’s writer-in-residence, or weasel your way into Virgin Atlantic’s 8,000-foot clubhouse. Tykes in tow? Gate agents will happily hand out coloring books, crayons, and stickers for the little ones’ amusement.

Where to Eat & Drink: Gordon Ramsay’s see-and-be-seen Plane Food (T5) has runway views, an open kitchen, and a respectable British menu (reservations recommended). Or, opt for quick and tasty noodles at Wagamama, Heathrow’s outpost of the globally trendy pan-Asian chain, in a bright and airy communal setting. For drinks, Three Bells above Virgin’s check-in desks (T3) presents plush Chesterfield sofas, an international collection of draft and bottled beers, and a choice cocktail list.

Where to Sleep: Catch some shut-eye or a shower in one of Yotel Heathrow’s 32 en suite pod rooms in T4 (from $10/hour; four-hour minimum).

Nearby Attractions: A mere 20 minutes’ drive, take in a polo match (summer weekends) at the Guards Polo Club in Windsor, where you can also watch the world’s best players compete during July’s Cartier International. Nearby, Windsor Castle is the Queen’s official residence and the largest occupied castle in the world. Windsor Cabs offers prompt service (and easy online booking) from $24 each way. 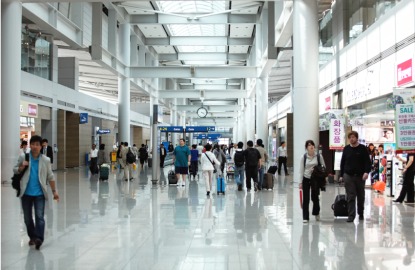 What to Do: What other airport doubles as a veritable cultural museum, where visitors can don traditional Korean garb, peruse 5,000-year-old UNESCO artifacts, or make their own hanji (Korean-style paper) handicrafts for free while watching a live arts performance? Or, has an ice-skating rink made of artificial “plastic” ice, so you stay dry if you fall? As if that weren’t enough, Seoul’s superlative Incheon airport boasts, among much else, a newly completed “golf town” with a 330-yard driving range, 18-hole putting course, and swing analysis center; fragrant pine and wildflower gardens; childcare lounges; and an adjacent foreigners-only casino (just two minutes by shuttle). Ubiquitous free Wi-Fi is a given, as are the two new complimentary movie zones courtesy of Korea’s ritzy CGV cinemas, broadcasting films and TV shows in seven languages. Browse shops from legendary brands like Louis Vuitton and Harley Davidson; book a Thai massage or private sleeping room ($18 includes shower and sauna) at the classy 24-hour Spa on Air (B1); or head to the pay-per-use Hub Lounge, which provides buffet meals, Wi-Fi, booze, and showers for $35.

Where to Eat & Drink: Hit up JaYeon for authentic yet modern Korean fare and a swank lounge vibe. Haneul’s is also a solid bet for Korean specialties like beef bone stew, bibimbap, and banchan.

Where to Sleep: The Incheon Airport Transit Hotel, located on the fourth floor of the international terminal, has day rooms available in six-hour blocks from $45.

Nearby Attractions: Swing by Freedom Travel Inbound in the passenger terminal to book a quick temple and market day visit, or a local kimchi-themed cooking class. They’ll hold your luggage for you and no visa is required. 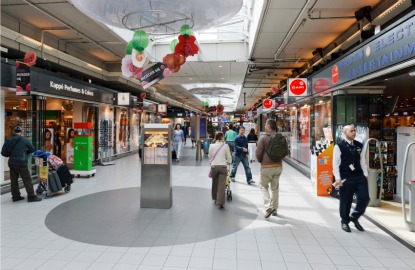 What to Do: Showcasing both the funky and refined sides of Dutch culture is Amsterdam’s Schiphol, with awesome airport amenities like a free branch of Amsterdam’s famous Rembrandt-filled Rijksmuseum art gallery; library featuring classic Dutch literature, music, and iPads; and even a casino. Grab your one hour’s worth of free Wi-Fi and some fresh air on the sunny terrace or in an ivy-upholstered designer chair at the new indoor/outdoor Airport Park, opened in 2011 smack dab in the middle of Schiphol and featuring a 130-year-old tree as a centerpiece, picnic tables, organic snacks, and fair-trade coffee. Images of butterflies are projected onto the walls, while recordings of birds chirping play in the background. Opt to recharge your gadgets (and yourself) by pedaling bicycles for energy, or, inhale aroma-infused air at the Back to Life oxygen bar (main terminal) and get a mani-pedi at Xpres, Europe’s first airport spa. Last year also saw the opening of a pre-security 6XD Theater, which offers five-minute film “rides” interspersed with tangible special effects, like simulated wind and lightening strikes.

Where to Eat & Drink: Grab a newspaper, pikketanissie (a traditional Dutch alcoholic drink), and a seat at cozy Café Amsterdam, or sip champagne and swallow caviar at Bubbles raw bar, set in front of a large saltwater aquarium.

Nearby Attractions: It’s a quick hop by train directly to the heart of the city, set just 15 to 20 minutes away. In 2011, boat company Rederij Lovers launched Amsterdam’s Floating Dutchman, amphibious bus tours just for day-tripping layover-ers. Departing directly from Schiphol, the three-hour tours buzz by all the city’s main sights on land, before cruising the canals. 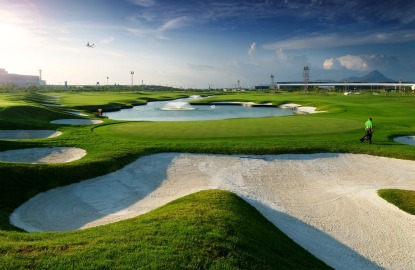 What to Do: Digital delight is the name of the game at Hong Kong International, where Asia’s largest 4-D cinema offers a multisensory experience for movie fanatics; flight simulators encourage interactive cockpit play at the Aviation Discovery Centre (reopening soon); and virtual gamers get the PlayStation Gateway, a free gaming area offering the latest PS3 games. In a few months, the world’s first 358-seat airport IMAX is set to debut in Terminal 2 (the entertainment-only wing), showing 2-D and 3-D films on a screen that’s likely bigger than your plane. Tee up at the 24/7 nine-hole golf course, set outside on an island in the middle of a big fake lake, or fit in a computer-simulated basketball or skiing session at the i-Sports gym.

Where to Eat & Drink: Tian Xia Dumplings offers a mix-and-match take on Chinese street food with a delicious modern twist. Seek out Ah Yee Leng Tong for dim sum and traditional soups (note that the eatery’s sign is in Chinese, so you might want to ask directions). Top-tier travelers can’t beat the self-serve buffet, chef-staffed noodle bar or Chinese-style Bao at Cathay Pacific’s chic members-only lounge, The Wing. For bargain beverages at a flat fee ($31 for three hours), the Travelers’ Lounge (T1) offers unlimited beer, plus hot showers and massage chairs.

Where to Sleep: Upgrade to private sleeping quarters at the above-mentioned Travelers’ Lounge, with single beds, hardwood floors, and baths, starting at $58 for three hours. Or, five minutes from Hong Kong International, the Novotel Citygate, located adjacent to a shopping area, has two restaurants, a bar, gym, and pool. Count on an easy check-in and free airport shuttle that leaves every 15 minutes; from $167/night.

Nearby Attractions: Convenient to reach by bus or train, though taxi is quickest, Hong Kong’s “miniature” Disneyland is just 15 minutes away. Purchase tickets ahead of time at Terminal 2. 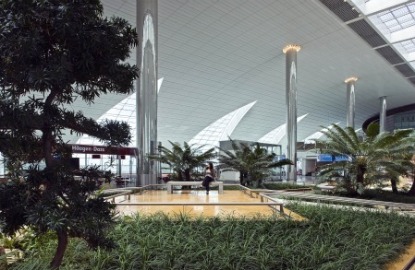 What to Do: The Middle East’s aviation hub, Dubai International Airport is a desert oasis that lives up to the glitz and glam of the city itself. Pay pocketbook homage to the world’s largest airport duty-free shop (all 58,000 square feet of it); test your Midas touch at one of the dazzling gold bullion “islands,” where gold bars are sold by the gram; or swim laps, shower, or enjoy a shiatsu massage at the round-the-clock G-Force Gym. Pick up a free Wi-Fi signal or just chill out and zone out at the airport’s open-air palm, pine, and fern Zen gardens, outfitted with refreshing hidden mist machines. Flying first or business class on Emirates? You’ll have access to all kinds of perks at its lavish T3 lounges, like free mini-spa treatments. If you really want to do it up, buy a $139 ticket for the Finest Surprise raffle and be in to win a luxury car (free shipping)—or throw down $278 on Dubai Duty Free’s newest ongoing raffle, the Millennium Millionaire, and enter to win $1 million.

Where to Eat & Drink: The Safar Restaurant (main concourse) serves up both buffet and a la carte options. Otherwise (and for fancier fare), UK-based Caviar House & Prunier Seafood Bar wins top dining accolades. Colorful Wings Bar’s spacious, stainless-steel counter is open 24/7, starting off with coffee in the morning and finishing with evening cocktails. Finer palates should sneak a pre-flight tasting at Le Clos (T3), purveyor of some of the world’s rarest (and most outrageously expensive) vintages.

Nearby Attractions: Just three miles from your boarding gate, pop into Dubai‘s city center to behold the world’s tallest building and lavish mega-malls. Hit the slopes at the Mall of the Emirates’ indoor skiing facility, or arrange a half-day 4×4 sand dune jaunt or camel ride via outfits like Arabian Adventures. 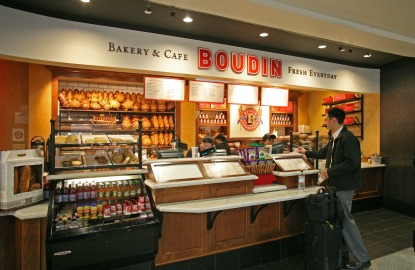 Where to Sleep: Plans for in-airport sleep pods are on hold for now, so in terms of off-site overnighting, cozy boutique The Inn at Oyster Point (10 minutes away) is the best bet, with its complimentary breakfast, free airport shuttle and Wi-Fi, stylish lobby lounge, and bay views from every room; from $109/night.

Nearby Attractions: Take BART (Bay Area Rapid Transit) from SFO to the doorstep of famous downtown San Francisco attractions like Fisherman’s Wharf, all just 20 to 30 minutes away. Head to Golden Gate Park (25 minutes) for 1,000-plus acres of botanical glory (including an arboretum and Japanese tea garden), primo bridge views, and 27 miles of footpaths to stretch your cramped legs.