14 Best Places to Go This Fall

From cutting-edge contemporary art in Miami to epically awesome Kenyan resorts, this season’s hottest destinations exceed expectations. Go beyond the biergartens in Munich, check out the other Portland, escape hurricane season in Mexico City, and discover a culinary hotspot in the heart of the American Midwest. Here are the 14 places to keep on your radar this fall, from closest to furthest afield. 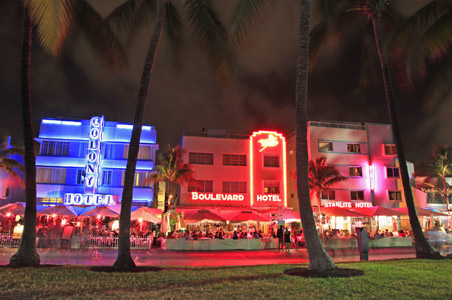 Where to Stay: The Setai and The Standard are art world staples, but look out for a few new arrivals like the Aloft Miami-Brickell, which opened in August.

Insider Tip: Want a stylish place to stow your ride? Zaha Hadid is designing a $13 million parking structure at Collins Park in Miami Beach, scheduled to debut just in time for the fair. 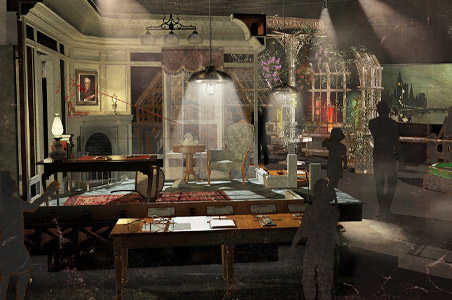 Why Go Now: A fall trip to Portland will feed your body and your mind. After culinary luminaries like Michelin-starred chef April Bloomfield and Chris Cosentino descend on the city for annual food fest Feast (September 19-22), the Elm City’s science museum unveils the world premier of the International Exhibition of Sherlock Holmes (October 10, 2013-January 5, 2014).

Where to Stay: The chic Kimpton Hotel Monaco has 221 recently renovated guestrooms in the heart of the city. Or embrace your inner hipster at the Ace Hotel, which has free bike rentals and Stumptown coffee in the lobby. 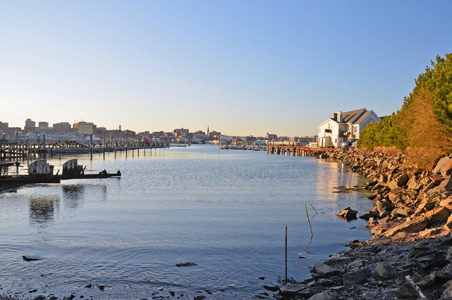 Why Go Now: The other Portland is on our radar, too, with affordable fall foliage tours—check out the Press-Herald‘s regularly updated Maine Forecast for the leafy latest—plus incredible restaurant, coffee, and microbrewery scenes. Celebrate all of the above at Harvest on the Harbour (October 23-26), a culinary festival held on downtown Portland’s glittering waterfront.

Where to Stay: The city is in hotel boom mode, with 500 new rooms scheduled to open in the next two years. In the meantime, check out the 8-room Pomegranate Inn‘s quirky-cool digs in Old Port, or escape the city at the oceanfront Quahog Bay Inn, less than an hour from downtown Portland.

Insider Tip: Mead is the word at Maine Mead Works, where the ancient Norse bevvie gets an artisanal update with locally harvested honey and cutting-edge technique (continuous fermentation, anyone?). The brewery offers free tastings and tours from 11 am – 6 pm, Monday through Saturday. 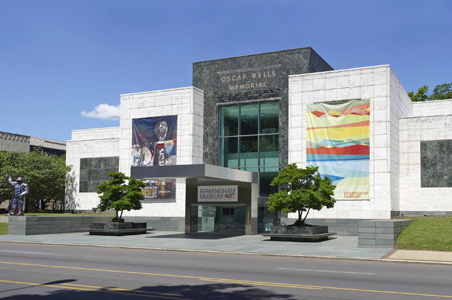 Why Go Now: Visit the city as it honors the 50th anniversary of Civil Rights milestones like Martin Luther King, Jr.’s legendary Letter from a Birmingham Jail. In September (1st – 7th), a concurrent Jazz Festival and Civil Rights Film Festival will bring artists from across the state and country to Birmingham. Later that month, photographer Dawoud Bey will debut an exhibition dedicated to 1963’s 16th Street Baptist Church bombing at the Birmingham Museum of Art (September 8 – December 2).

Where to Stay: Earlier this year, the Magic City unveiled its first Westin, which has 294 sleek guestrooms and a Todd English restaurant. It anchors a $70 million development project geared at bringing retail and entertainment outlets to a sports complex in the Uptown district.

Insider Tip: Reflect on the city’s legacy at Ruffner Mountain Nature Preserve. With more than 1,000 acres of greenery, it is one of the largest urban parks in the country. The summit of the Red Mountain overpass has broad views of downtown Birmingham. 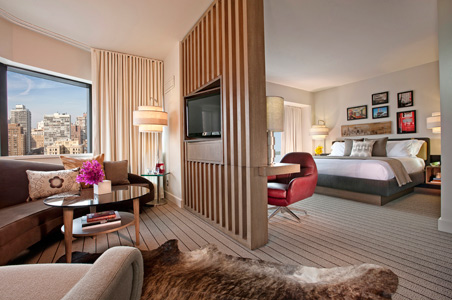 Why Go Now: Chicago continues its rise as a culinary capital with the arrival of Tanta, the first Chicago restaurant from Peruvian celeb-chef Gaston Acurio. In the coming months, the city will welcome The Dawson, a West Loop restaurant helmed by former Next sous-chef Rene DeLeon, and two New York imports: the first Midwestern branch of Danny Meyer’s Shake Shack, and Mario Batali and Joe Bastianich’s Eataly, a 60,000-square-foot Italian emporium is scheduled to open in River North in November.

Where to stay: This summer, two major global brands debuted in Chicago: Aloft and Langham. In October, the Thompson Chicago will join the party, bringing a restaurant by One Off Hospitality, the group behind Windy City all-stars Blackbird, avec, and The Publican.

Insider Tip: Locals queue for more than an hour on weekend mornings at the Doughnut Vault, a confectionary with an unassuming to-go window and a cult following. Head there around 9 am on a weekday, and you’ll have your pick of the vault—without the wait. 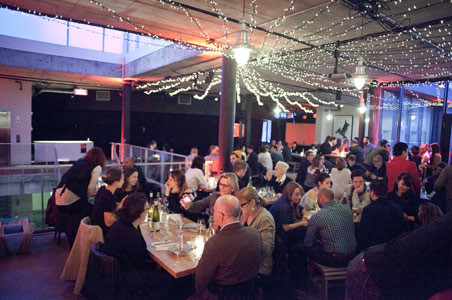 Why Go Now: Never one to rest on its laurels, one of North America’s most exciting dining destinations is reinventing its landscape once again. Think outside the bento box at the latest crop of new Japanese gastropubs, including Flyjin and Big in Japan, which serves comfort foods like tuna tataki with scotch and sake by the glass. Or check out Foodlab, an experimental foray into dining-meets-performance art. This so-called “labo culinaire” has a rotating menu inspired by different global destinations or trending ingredients.

Where to stay: In 2012, Montreal’s iconic Ritz-Carlton celebrated its 100th anniversary by unveiling a four-year, $200 million renovation. The hotel now has a saltwater rooftop pool and clubby Daniel Boulud restaurant, Maison Boulud.

Insider Tip: Burn off meal-time indulgences at Montreal’s St Lawrence River. It is a boon for surfing, a strange-but-true phenomenon open to all skill levels. Beginners can take a one-day course at KSF; more experience riders can rent boards at surf club Surf Montreal. 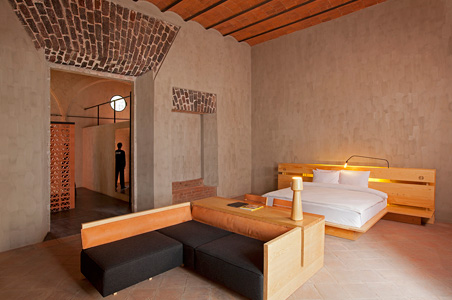 Why Go Now: Fall may be hurricane season on Mexico’s eastern shores, but hip Mexico City has balmy temperatures and an emerging culinary scene. Call early to reserve a table at Enrique Olvera’s Pujol restaurant, which has been called the Noma of the Americas, or dine at one of the city’s many renowned taquerias. Tacos Marvichi sells killer steak tacos out of an old Nissan in the haute Polanco neighborhood. Â¡Buen provecho!

Insider Tip: Airfare to Mexico City is competitive out of hubs like Miami and New York City’s JFK Airport, so shop around. Low-cost carrier Interjet launched direct service from JFK in August 2013, giving existing carriers Delta and Aeromexico a run for their pesos. 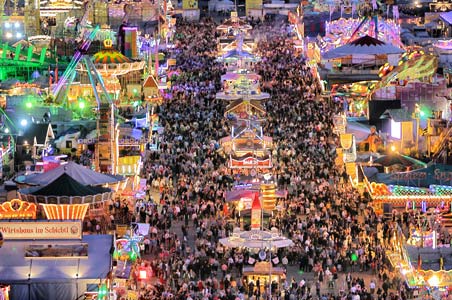 Why Go Now: Raise a malty glass at Oktoberfest, Bavaria’s epic celebration of beer and bratwursts (September 26 – October 6), then see the suds-free side of the city at new and improved cultural institutions like the Lenbachhaus art museum. Norman Foster, of Berlin’s Reichstag fame, unveiled his four-year renovation to the museum in May. In September, the Pinakothek der Moderne museum will reopen after a six-month renovation. Its collection has everything from Andy Warhol sketches to contemporary Moroccan textiles.

Where to Stay: Last year, the boutique Marc Hotel opened with 80 well-priced guestrooms done up in sleek, contemporary style. Design Hotels’ Louis Hotel has modern interiors and a prime location alongside the Victualienmarkt culinary market.

Insider Tip: All of the Lenbachhaus’ 1891-era galleries were refreshed this spring, but Foster also created a new wing for the museum. Don’t miss the museum’s Blue Rider collection of early 20th Century Expressionist paintings, which occupy the new space. 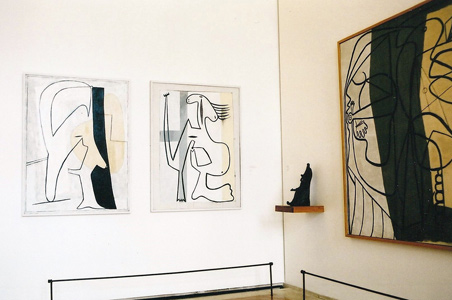 Why Go Now: Luxury powerhouse LVMH will soon unveil a $127.5 million center for contemporary art. Designed by Frank Gehry, the 65,000 square foot development will display work by the likes of Anish Kapoor, Jeff Koons, and Damien Hirst. Back in the Marais, the national Picasso Museum is scheduled to reopen in December 2013. Closed since 2009, the redesigned museum will have three times the exhibition space for its 5,000-piece collection of paintings, ceramics, and photography.

Insider Tip: All of Paris’ public museums, including the Picasso Museum, are free to the public on the first Sunday of every month. 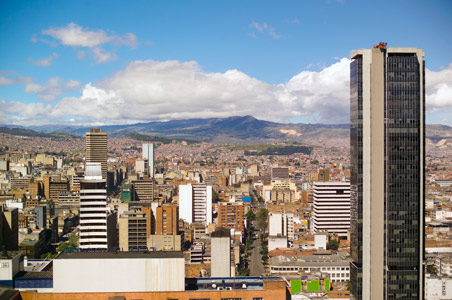 Why Go Now: Called the Athens of South America for its literary and academic histories, Colombia’s brainy capital turns 475 this year. Toast the anniversary and the city’s designation as a UNESCO City of Music in 2013 at the International Jazz Festival (September 15). This outdoor festival brings musicians from across Latin America to Bogota, and most events are free.

Where to Stay: Bogota’s swankiest sleep is B.O.G., a 55-key Design Hotel near the financial district. Interiors play on Colombia’s heritage, and the rooftop pool serves cocktails and small plates by local celeb-chef Leonor Espinosa.

Insider Tip: An emerging restaurant scene has brought scores of epicures to town. From the epic kitsch of destination steakhouse Andres Carne de Res, located forty minutes from the city center, to urban favorites Abasto and Masa, the city has flavor to spare. 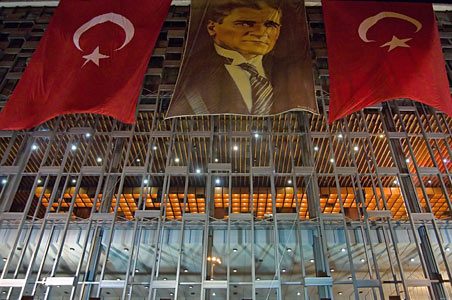 Why Go Now: Cutting-edge contemporary artists and the collectors that love them descend on Istanbul for the famous Biennial (September 14 – November 10). Then, Ataturk Cultural Center, an Istanbul landmark and the home of its national ballet and opera companies, will unveil a $15 million renovation in advance of Turkish Republic Day (October 29).

Where to Stay: This summer, the Shangri-La Bosphorus and Radisson Blu Istanbul Pera opened their doors. Another luxury hotel, Raffles Istanbul, is set to open by the end of year in the Zorlu Center, a mixed-use development in the Zincirlikuyu district.

Insider Tip: Streets are crowded and taxis expensive, so use the city’s stellar public transport. Newsstands sell passes, or Istanbulkart, which look like credit cards and store flexible funds for access to trains, buses, and boats. 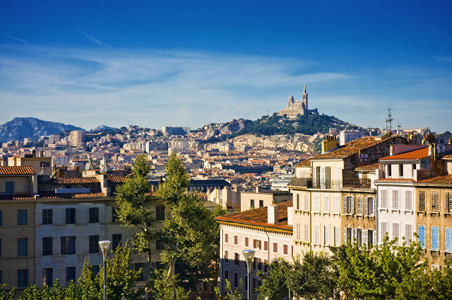 Why Go Now: The Mediterranean port city is reborn, with $860 million worth of infrastructure improvements, UNESCO’s European Capital of Culture nod, and a new museum in its once-seedy Old Port. The Mediterranean Civilizations Museum (MUCEM) opened in June 2013, and is France’s first national museum outside of Paris. Designed by avant-garde architect Rudy Ricciotti, the museum has a rooftop walkway linking it to the newly reopened, 17th Century Fort Saint-Jean.

Where to Stay: Philippe Starck’s budget-friendly Mama Shelter Marseille launched a special offer in conjunction with MUCEM’s opening: book a double room by December 31, 2013, and receive breakfast and a museum pass for just 99 EUR. Or, splurge on a stay at the new InterContinental Hotel-Dieu, which has 192 rooms and suites designed by Jean-Philippe Nuel.

Insider Tip: Getting to Marseille used to entail at least one transfer. This summer, low-cost French airline XL Airways launched the first ever direct route between JFK and Marseille. Rates start at $592 round trip. 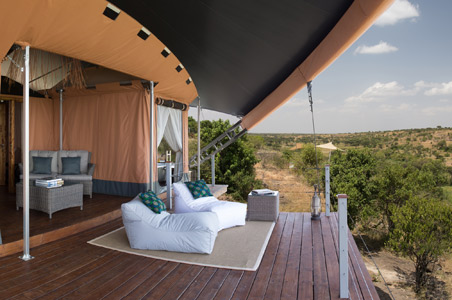 Where to Stay: In addition to Branson’s bold venture in big game country, there are two newly opened Kempinski hotels: Nairobi’s Villa Rosa and safari lodge Olare Mara, which is also located in the Masaai Mala National Reserve.

Insider Tip: Few travel experiences are as photogenic as a Kenyan safari, but do not photograph local individuals without asking permission first. Taking pictures can offend social and tribal customs of communities like the Maasai. 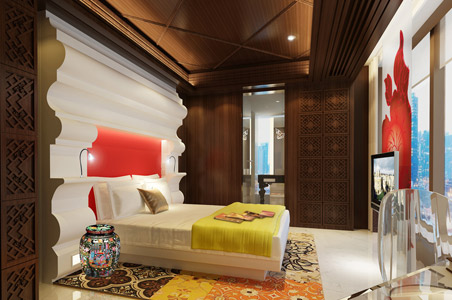 Why Go Now: Classical and experimental art meet in Hong Kong, where a $642 million modern museum stirs controversy four years before opening. Called M+, the museum made waves with this summer’s outdoor installation by Paul McCartney. M+ is scheduled to open in 2017; in the meantime, check out the emerging gallery scene in once-sleepy PoHo at hotspots like Hammer Gallery and 2P.

Where to Stay: A recent hotel boom includes the boutique Mira Moon, as well as family-friendly Aubuerge Discovery Bay. The InterContinental Hong Kong, a luxury landmark in Victoria Harbour, will reopen its Michelin-starred Cantonese restaurant Yan Toh Heen in September.

Insider tip: Avoid traveling on October 1, China’s National Day, when millions of tourists from the mainland come to Hong Kong on holiday.