News Apeksha Bhateja What Are the Chances You'll Get Monkeypox at a Hotel?
News12 Reasons to Go to Rwanda

12 Reasons to Go to Rwanda

Savvy travelers have been coming to Rwanda for years to see the country’s stunning gorillas. While Uganda and Congo also provide gorilla tours, the professionalism and ease of doing so in Rwanda make it the top destination. Unfortunately, too many visitors swoop in, see the gorillas, and then fly out—missing out on the country’s many other treasures.

Part of the disconnect has to do with the lack of attention Rwanda has received for its extraordinary progress during the past two decades and its efforts to open up new tourism destinations. But don’t let traditional tourism be the only highlight—Rwanda now has a booming and safe capital with treats of its own, along with less conventional opportunities to explore the countryside. “Doing” Rwanda in less than a week will rob you of the chance to see a country on the rise against some of the most beautiful and pristine backdrops on the continent.

It may be known for its gorillas, but there are lots of other activities that are still off the beaten path that deserve a good look… 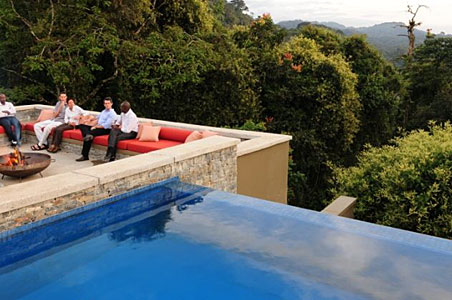 Spectacular South African-designed Nyungwe Forest Lodge—an incredible sanctuary in the middle of a working tea plantation with some of the most extraordinary old-growth forest waterfall walks right outside your villa’s door. If you want to skip the 5 hour car ride from Kigali, hop on one of Rwanda Air’s brand new planes that fly daily to Kamembe and be ferried in luxury to the lodge. You’ll want at least two nights there. 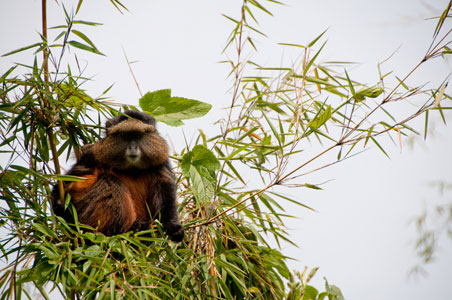 Lots of people avoid Rwanda because of the price of seeing the gorillas ($750 per visit) and as a result, they miss out on the golden monkeys—rarer than their primate brothers, but easily as great an adventure since they are only found in the bamboo forest near the gorillas.

There are lots of accommodation options for the monkeys and gorillas in gorgeous Musanze, but many don’t realize they’re just 45 minutes from tropical Gisenyi on the shores of Lake Kivu. Don’t miss out on the tropical beach—we always stay at the under-visited Kivu Serena with a spectacular pool and white sand beach—great music, and weather. 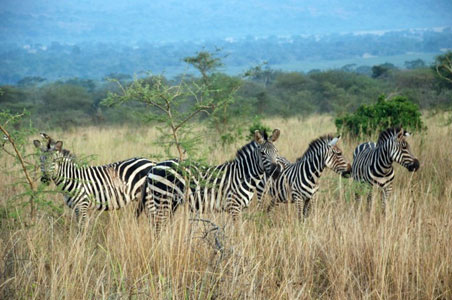 The Akagera National Park is home to elephants and one of the largest hippo populations in East Africa. It is now just 2 hours from Kigali thanks to Rwanda’s smoothly paved roads. The gorgeously appointed Rusizi Lodge, with just a half dozen tented guest rooms, puts to rest the concern that luxury couldn’t be found at Akagera. The park itself is spectacular – we’ve done safaris all over Africa but most of our best viewing experiences have been at Akagera.

The Gisozi Genocide memorial in Kigali is expertly handled. The exhibits are moving and include coverage of other genocides around the world. The tour guides are first class, but if you prefer to experience the memorial on your own (which many do), the prerecorded guide is worthwhile. It’s heavy, heavy stuff of course, but will help you appreciate even better the tremendous progress that you can’t help but see on the ground. 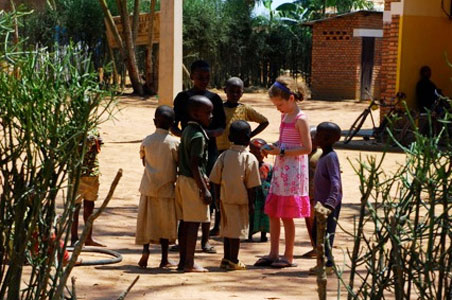 New Dawn Associates and EOS Visions conduct community tours including the Millennium Village in Mayange—the very epicenter of the genocide—which has emerged as an area of economic prosperity. You can visit a genocide site, or simply focus on Rwanda’s present success by visiting a school or health center. Traditional dancing, basket weaving, and celebrations make it great for kids, too. 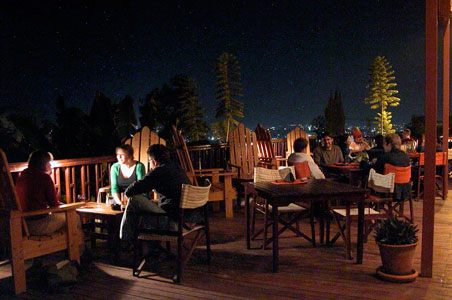 You’d be remiss not to hit Heaven Restaurant (frequently the top rated restaurant in the country and run by my wife!) in Kigali for the best food in the country. My wife built it from the ground up five years ago as a social enterprise to create jobs. Today, it hosts weekly art exhibits, plays, music, and Azizi Life’s new store with high-end artisan’s ware. Brunch at Heaven on Saturdays and Sundays are always busy with locals swarming in for eggs benedict and ikivuguto (that’s the local buttermilk) pancakes. The Heaven t-shirts are a must-have tourist item, alongside beautiful baskets, soap, and other goods created by Rwanda’s cooperatives. Heaven also has a small boutique Inn with three rooms that are booked up well in advance.

When we’re not out eating at Heaven, you can find us at Republika (great local fare and a hopping bar scene), Khana Khazana (for Indian food), Sakae (delicious Korean), and the Korean bakery RZ Manna in Nyarutarama.

Read Before You Go

Rwanda’s a country moving forward and with the 20th anniversary of the 1994 genocide approaching, several books worth reading are the heart-wrenching tale of the genocide—Philip Gourevitch’s We Wish to Inform You, Stephen Kinzer’s expansive A Thousand Hills, Rwanda Inc., and A Thousand Hills to Heaven, my memoir of my family’s near decade of living in Rwanda.

Another tidbit of advice that doesn’t make its way into the tour books: Rwanda is very, very family friendly. My wife and I and our three kids have lived here for nearly a decade and feel safer here than anywhere else on the planet. So no need to leave the kids home when you come…bring the whole family!

Josh Ruxin is on faculty at Columbia University, directs Health Builders, and contributes to the New York Times and Forbes. He and his wife, Alissa, live in Rwanda with their three children. His memoir A THOUSAND HILLS TO HEAVEN is now available.