News Ronny Maye Should You Cancel Your Vacation to an Area Impacted by a Natural Disaster?
News10 Totally Unexpected Things to Do in Wales

10 Totally Unexpected Things to Do in Wales 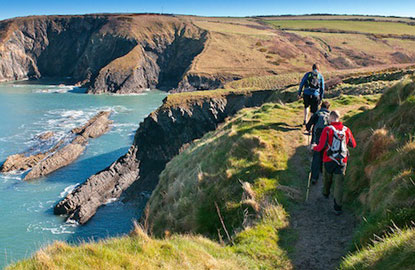 Sometimes vacations without high expectations are the best. When you’re not influenced by hype and are under no pressure to hit the “must-see” sights, you simply go with the flow and discover what makes a place special. And more often than not, you’ll be delightfully surprised—as I was by a recent jaunt through Wales. I knew it was green and pastoral, home to 3 million people, 11 million sheep, 641 castles, and a tongue-twister language. What I didn’t realize was that there are tons of really cool things to do. Here are my 10 favorite unexpected pleasures:

1. Walk its entire coast. On the Wales Coast Path (pictured above) energetic visitors can enjoy everything from a breezy day hike to a serious 80-day trek along its entire 870-mile route. Well-established sections include the Isle of Anglesey Coastal Path and the Pembrokeshire Coast National Trail. The rugged land-meets-sea scenery is stunning, ranging from expansive bays to castle-topped cliffs, and there are adorable villages with great little inns where you can catch some Zs along the way. 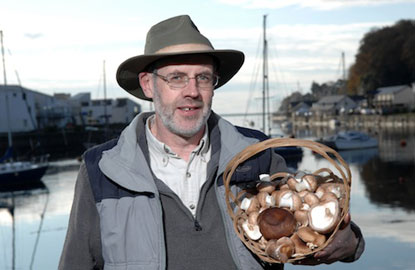 2. Fall for fungus. If you love mushrooms, you’ll appreciate the informative fun of a foraging expedition with Cynan Jones, Wales’ guru of fungi. From The Mushroom Garden, his base between Porthmadog and Beddgelert, where he grows over 220 pounds of shitake, oyster, and chestnut mushrooms per week, the passionate and entertaining Jones also leads seasonal fungi forages ($115 per person via Snowdonia Safari) along a nearby riverbank rife with delicate orange chanterelles and small amethyst deceivers. The expedition finishes with a locally sourced lunch at the Royal Goat Hotel—with mushrooms on the menu, of course. 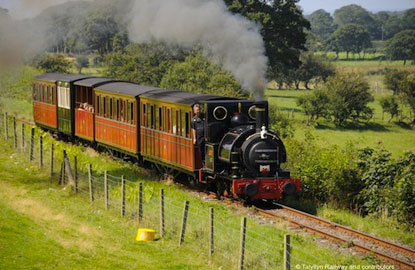 3. Let off some steam. The Welsh seem to know that little trains are not just for little kids. The countryside is crisscrossed with “Great Little Trains,” 10 vintage narrow-gauge steam railways that not only offer a fun and scenic ride, but are also run entirely by volunteers. I rode the circa-1865 Talyllyn Railway, which cuts a lovely seven-mile valley route inland from the Mid-Wales coast and offers hop-on/hop-off options that allow for a variety of short hikes (from just $14 per person, roundtrip). 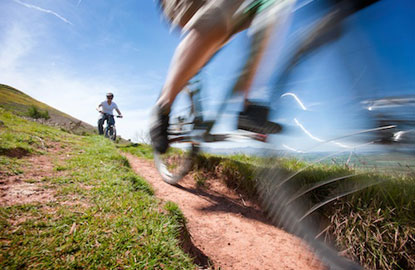 4. Rough it. It’s all downhill (on purpose) for some visitors, who are delighted to discover that Wales has a thing for mountain biking. You can hit the intense downhill courses at the brand new Antur Stiniog or the beautifully forested paths at Coed y Brenin in North Wales‘ mountainous Snowdonia. And don’t worry about falling head over heals—there are plenty of beginner paths for families and mountain biking wimps (like me). 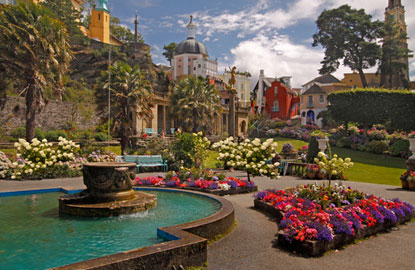 5. Embrace your inner eccentric. This country chock full of castles has its share of eccentricities, but the mother lode is without a doubt Portmeirion, a Hearst Castle-meets-Disneyland resort set on an estuary near Porthmadog on the North Wales coast. Not only is the architecture whimsical—the vision of a Welshman named Clough Williams-Ellis who built his Portofino-inspired “village” over 50 years—but the dramatic tide also turns the mud flats into a raging river in 12 minutes flat. Spend the night (rates from $247, including breakfast and dinner) for the full effect. 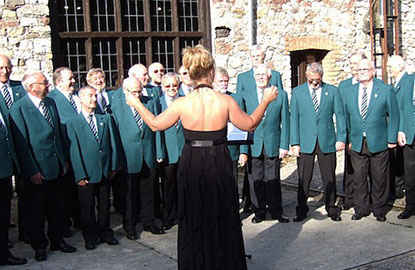 6. Chill out with a choir. One of the most memorable ways to soak in some Welsh heritage is to attend a local male voice choir practice in South Wales (just ask your hotel or inn) and be serenaded by splendid harmonies. Singing makes these mostly silver-haired crooners thirsty and you’ll be invited to toss back a few cold beers with them afterward. 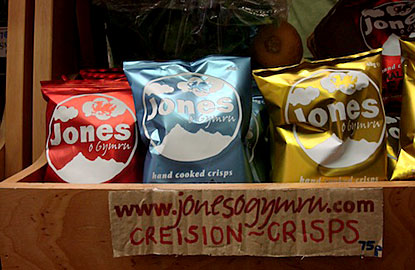 7. Meet some Joneses. Wales’ most common surname belongs not only to singer Tom Jones and actress Catherine Zeta-Jones, but also to another 393,000 regular folks (and even a potato crisp)! Having more than 10 percent of the population with one moniker made it easy for Wales to earn a Guinness record for a gathering of the most people with the same last name: 1,224 Jones met in Cardiff’s Donald Gordon Theatre in 2006. 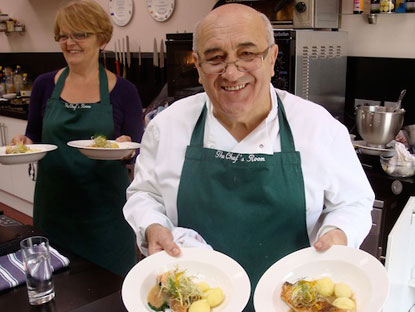 8. Take Welsh cooking lessons with an Italian. The last guy I expected to meet in Wales was Franco Taruschio, a jovial Italian chef who came to Wales in 1961, fell in love with his future wife, and founded one of Wales’ best-known restaurants, The Walnut Tree. Since retiring, Franco has teamed with cookbook author and foodie Lindy Wildsmith to open The Chef’s Room, a fish cookery school near Blaenavon in South Wales offering an array of savory classes from Fish Basics to Shellfish Skills (from $124 per person). Watching Franco cook is delightful and tasting his Welsh-Italian dishes is divine. 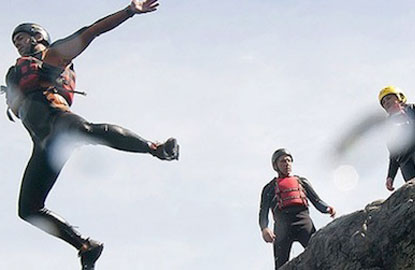 9. Dive into coasteering. Wetsuit? Check. Helmet? Check. Balls (and I don’t mean the kind you hit homeruns with)? It takes some serious courage to indulge in what might be the wackiest of water sports: coasteering, which involves jumping, swimming, climbing, crawling (and not panicking) as you explore the cold surf and jagged rocks of the Pembrokeshire and Anglesey coastlines. And you pay to do this—about $100 per person. 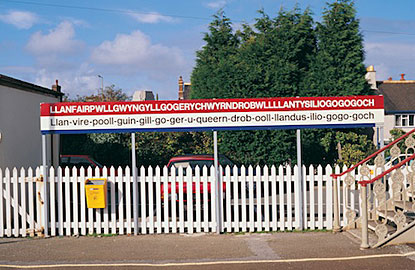 10. Get to know your consonants. If I told you a town in North Wales has 57 letters in its name (all but 13 of them consonants) and means “St. Mary’s Church in the hallow of the white hazel near a rapid whirlpool and the Church of St. Tysilio of the red cave,” would you believe me? No need to. You can visit Llanfairpwllgwyngyllgogerychwymdrobwllllantysiliogogogoch yourself and pose in front of the sign for proof. Pronouncing it is an entirely different matter.