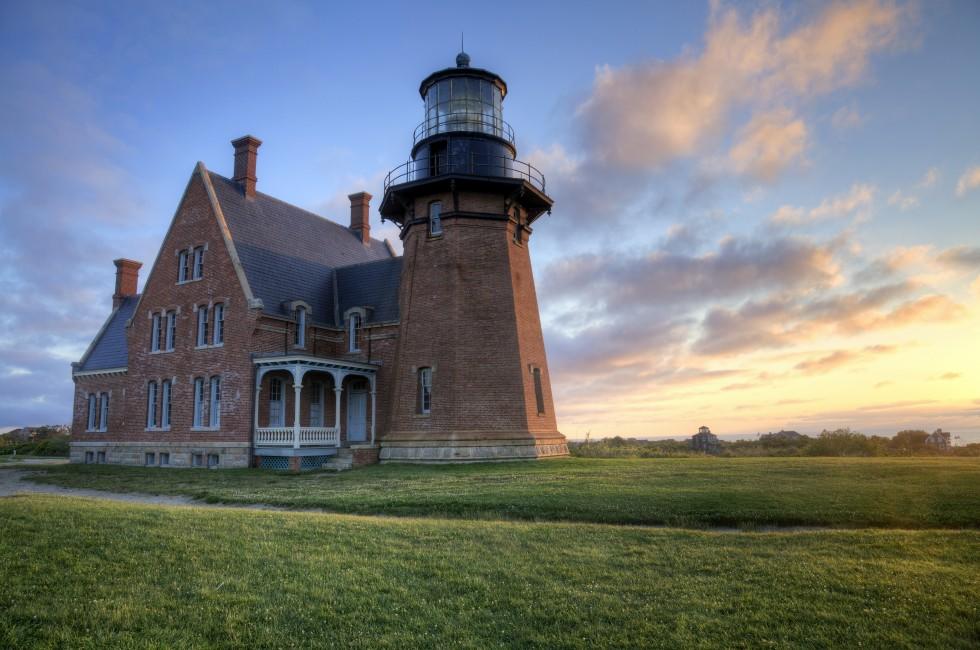 Block Island, with its 950 year-round residents, is a laid-back community whose beauty is reminiscent of the coast of Scotland. About 12 miles off Rhode Island's southern coast, the island has 17 miles of beaches open to everyone. Despite the influx of summer visitors and thanks to the efforts of local conservationists, Block Island's beauty remains intact. More than 43% of the land is preserved, and the island's 365 freshwater ponds support thousands of bird species that migrate seasonally along the Atlantic Flyway.

Block Island is not all beaches and birds, however. Nightlife abounds in the summer at bars and restaurants, and it's casual—you can go anywhere in shorts and a T-shirt. The busiest season, when the population explodes to about 15,000, is May–mid-October. If you plan to stay overnight in the summer, make reservations well in advance: for weekends in July and August, calling in March is not too early. In the off-season, most restaurants, inns, stores, and visitor services close down, though some visitors brave the elements on Groundhog Day, to watch island residents gather at a local pub for an informal census.

The island made national headlines in 2015, when the Block Island Wind Farm, the first offshore wind farm in the nation, began construction about 3 miles off the coast. Expected to be operational in 2016, it will supply power to the island.

Cell service and Internet can be spotty here, especially when it is raining and the entire island seems to be trying to stream content simultaneously. GPS isn't terribly useful, because street addresses aren't commonly used.

9 Classic Northeastern Shore Towns
A guide to some of the best beach towns in the Northeast...

25 Amazing Hotels With Eye-Popping Views
Some properties truly outshine the rest when it comes to the surrounding scenery.

New England’s 6 Best Beaches
<p>Long, wide beaches edge the New England coast from southern Maine to southern Connecticut, with dozens dotting the shores of Cape Cod, Martha’s Vineyard, and Nantucket. The waters are at their warmest in August, though they’re cold even at the height of summer along much of Maine. </p>