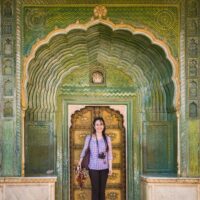 With gorgeous urban green spaces, easy access to nature, pedestrian-friendly streets, and a culinary scene that rivals those of major international cities, Portland, Oregon is a perfect place to shop, hike, and eat your way through a long weekend. 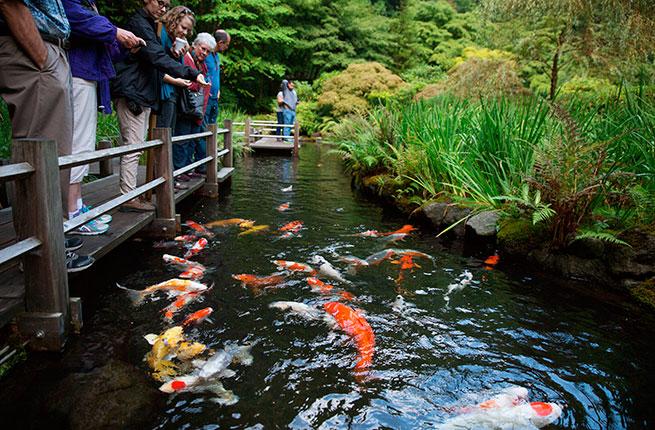 Although Portland has many monikers (Stumptown, Puddletown, and Bridgetown, to name a few), it’s officially nicknamed the “City of Roses,” and the local climate and soil is ideal for cultivating the prized perennial. It’s therefore only appropriate to start your visit at the International Rose Test Garden in Washington Park, on the edge of downtown. This century-old garden is home to thousands of rose bushes representing 500-plus varieties. It’s also one of the best places to take panoramic city shots, with views out over downtown Portland and snow-capped Mount Hood in the background.

Just uphill from the rose garden, the Portland Japanese Garden has been considered one of the most authentic Japanese gardens outside of Japan. Renovated in 2016, this tranquil spot is full of lovely koi ponds, exquisitely manicured footpaths, and a beautiful array of plant life, ranging from quintessentially Japanese cherry trees to colorful maples.

After visiting the park, it’s a 10-minute drive or taxi ride downtown to Departure, a trendy restaurant-lounge at the top of The Nines Hotel. Catch the sunset with an aperitif at the adjacent terrace, or head straight inside to sample the varied dim sum menu, which includes plenty of vegan and gluten-free options.

Wind down your evening at the waterfront Kimpton RiverPlace Hotel, where you’ll be spending your first night in Portland. If you’re an early riser, request an east-facing room so you can catch the sunrise over the Willamette River. 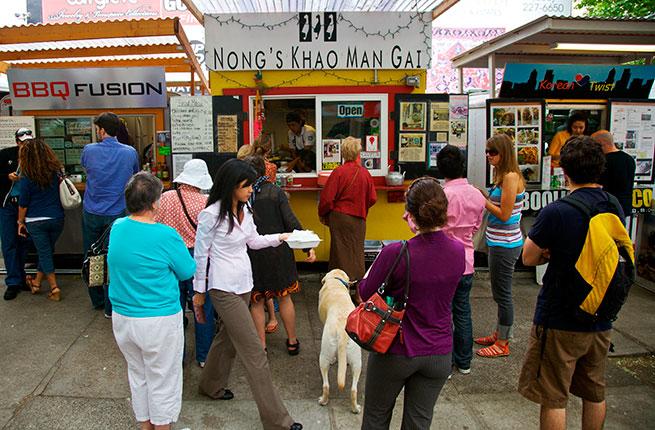 After a light breakfast at the Kimpton's Three Degrees restaurant, leave your bags at the front desk and walk north through Waterfront Park to the bohemian Portland Saturday Market, an open-air collection of vendors from around the region selling everything from fire-glazed pottery to tie-dye to handmade children's toys. From here, it's a 10-minute walk east up to the Pearl District, a former industrial area that was revamped in the 1990s and is now known for its numerous boutiques and art galleries—the Annie Meyer Gallery and the nearby Gallery 903 are particularly noteworthy. Next, head to the landmark Powell’s City of Books, one of the world’s largest independent new and used bookstores, spanning an entire city block.

Eating street food is an integral part of the Portland experience, and the city’s largest food cart “pod” (lot), is just a few blocks south of Powell’s between 9th and 10th Avenues on Washington Street. Here you’ll find upwards of 50 food carts serving inexpensive, generous portions of everything from Ethiopian injera to noodle bowls.

Continue walking south towards the South Park Blocks, a 12-block tree-lined park that culminates at Portland State University. You may want to catch a special exhibit at the Portland Art Museum, located just off the park, or carry on toward the university to catch the tail end of the Portland Farmers Market, held every Saturday until 2 pm. From here, you can either walk to the RiverPlace Hotel or catch the Portland Streetcar back to pick up your luggage and head over to Northeast Portland to check into the Kennedy School.

This early 20th-century elementary school has been converted into a hotel, and many of the rooms here have been converted from old classrooms, each with either an original chalkboard or a cloakroom. It also happens to be one of Portland’s best spots to sample some of the city’s famed microbrew; all the beers on tap come from the brewery of the McMenamin family, who own a dozen or so other pubs and hotels in Oregon. If you don’t feel like going out, there’s an on-site restaurant with decent pub fare; alternatively, head over to nearby Alberta Street for dinner, where you can get a great Tex-Mex meal at El Nutri Taco or sit down for something a bit fancier at Natural Selection, a tiny fine-dining vegetarian restaurant. After dinner, head back to the Kennedy School for a nightcap or take a dip in the hot outdoor soaking pool, which is open well into the night. 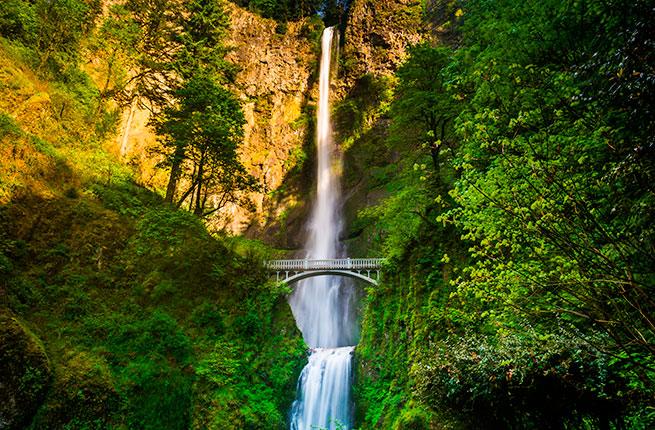 Sleep in past breakfast, opting instead to save your appetite for one of Portland’s most popular Sunday traditions: brunch. Genies Cafe, just east of the river, is a popular choice, with a huge menu of omelets, scrambles, sandwiches, and even Bloody Marys made with house-infused flavored vodkas. After brunch, a half-hour drive will take you to Multnomah Falls, the state’s tallest waterfall and the star attraction of the gorgeous Columbia River Gorge. While there’s a viewing platform near the base, many visitors opt to hike a mile up to the precipice, 620 feet from the ground. Serious hikers with time to spare can easily tack on a visit to the nearby Wahkeena Falls, which is connected to Multnomah Falls via a five-mile loop trail. If you’ve got a flight to catch, it’s a half-hour drive from the falls to Portland International Airport. 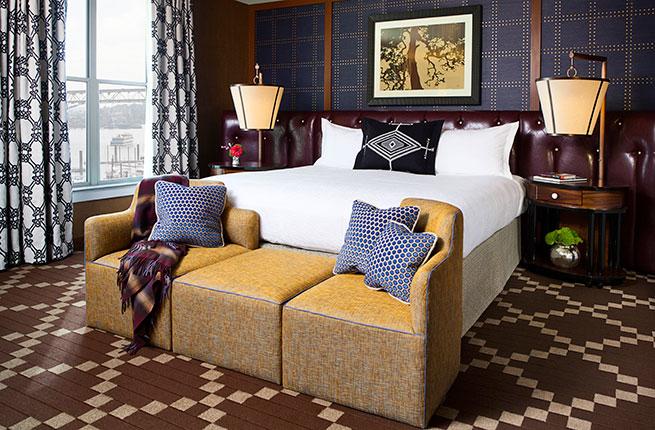 The RiverPlace Hotel is ideal if you want to be right in the city center but still have direct access to the lovely Willamette River. Other downtown alternatives include the unabashedly hip Ace Hotel or the more traditional Heathman Hotel, which dates back to the 1920s. On the east side of the river, try the Kennedy School or opt for a romantic stay at the Lion and the Rose Victorian Bed & Breakfast.

If you don’t mind the rain, you can certainly visit Portland throughout the year—temperatures rarely drop below 40, even in the winter. That said, the best time to visit the city is in the summer, when pleasantly warm temperatures (usually in the low 80s) and numerous music and culture festivals bring Portland’s social scene outdoors. It often stays warm well into October and sometimes there are heat spells as early as April, but Portland weather is notoriously unpredictable, so come prepared!