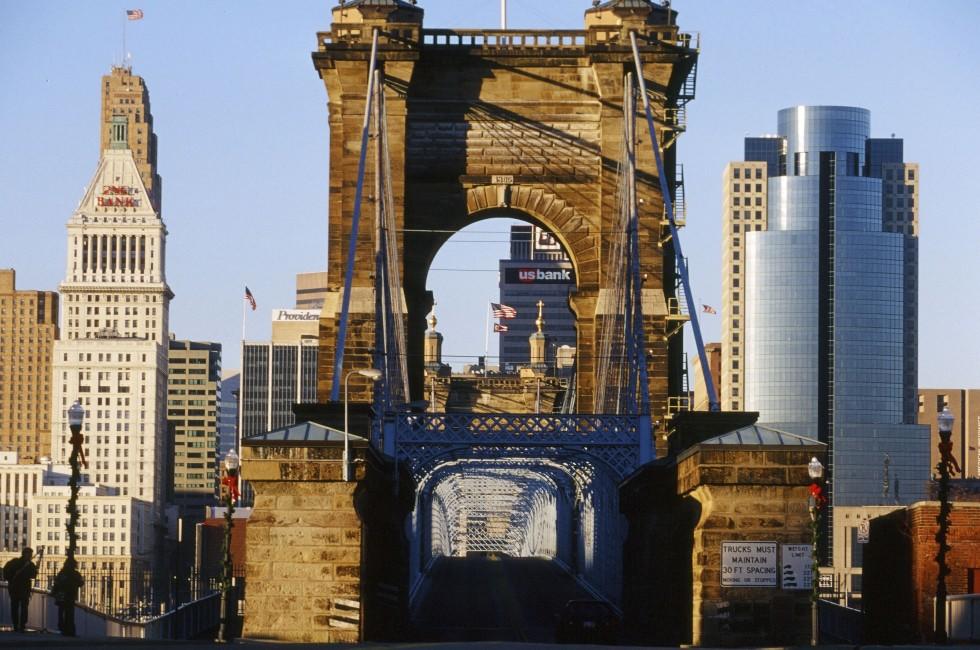 A river's width from the South, Cincinnati resembles a southern city in many respects: Its summers are hot and humid, a result of being in a basin along the Ohio River, and its politics lean toward the conservative. This is just the first of several different identities, however. It's a river town, a sports town, a metropolis with architectural landmarks, and—since the opening of the $110 million National Underground Railroad Freedom Center in 2004—a history town. There are also a multitude of museums and one of the best zoos in the country. The rolling bluegrass-covered hills of Kentucky are just over the river, and the rural plains of Indiana and the meadow-marked countryside of Ohio are about a 30-minute drive away. If you want to sample a little bit of everything, consider Cincinnati your buffet.

The Perfect Weekend Getaway: Cincinnati From Chicago
While many dismiss Cincinnati as a sleepy Midwestern town, this southern Ohio hub exudes unique energy that can’t be ignored.

“Star Wars” Costume Exhibit Hits the Road
Coming soon to a galaxy not so far, far away.

Long Weekend in Cincinnati
Cincinnati might surprise you, so a weekend away could be all it takes to convince you of how great the city truly is.