New Mexico is home to 19 Pueblos and three reservations, each one unique with its own traditional language, customs, values, prayers, songs, and ceremonies.

Centrally located Albuquerque is the perfect starting point to explore the state’s vibrant Native American heritage. Hit these sights for a first-hand look and delve into the indigenous cultures of New Mexico, while supporting the communities who are graciously hosting. 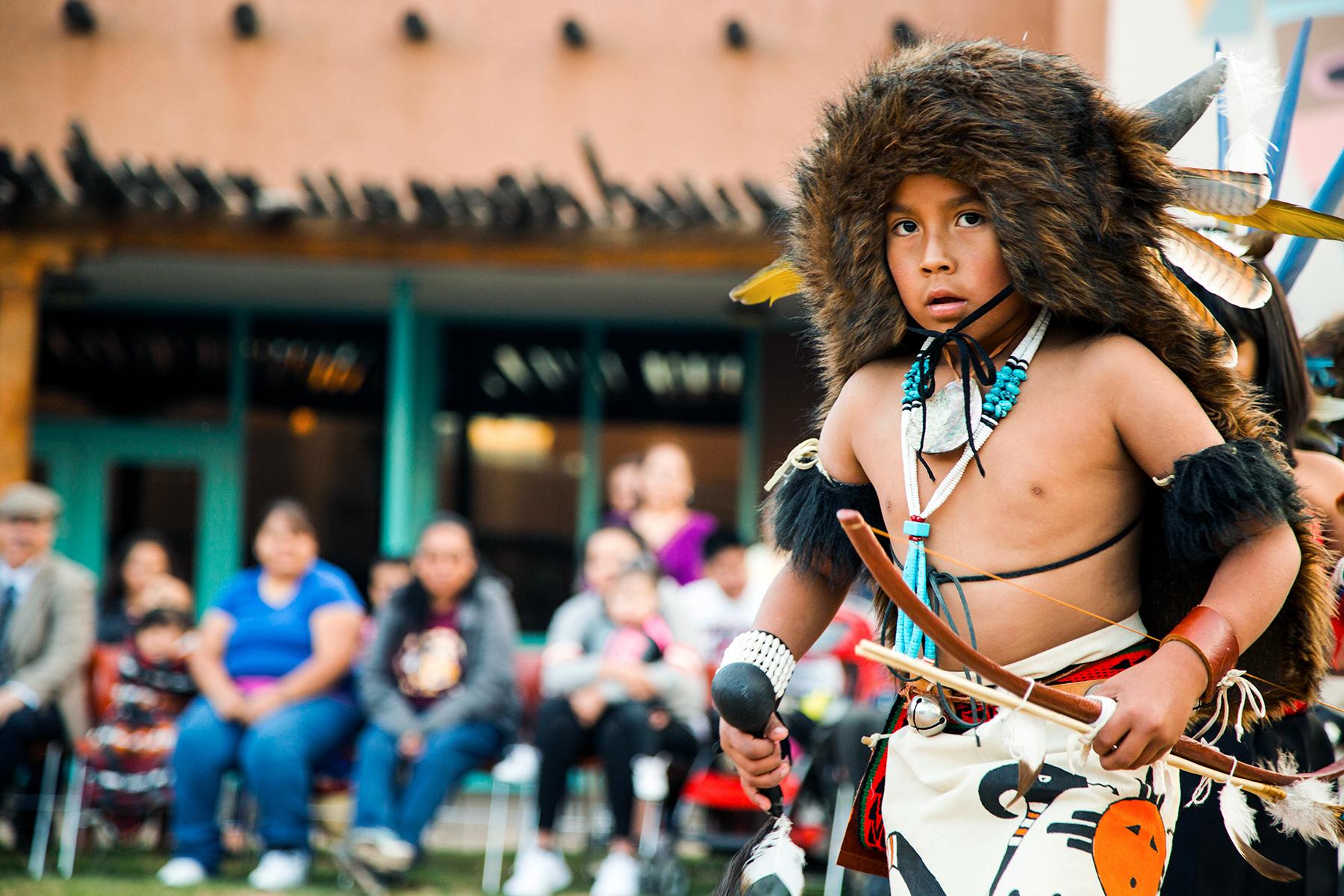 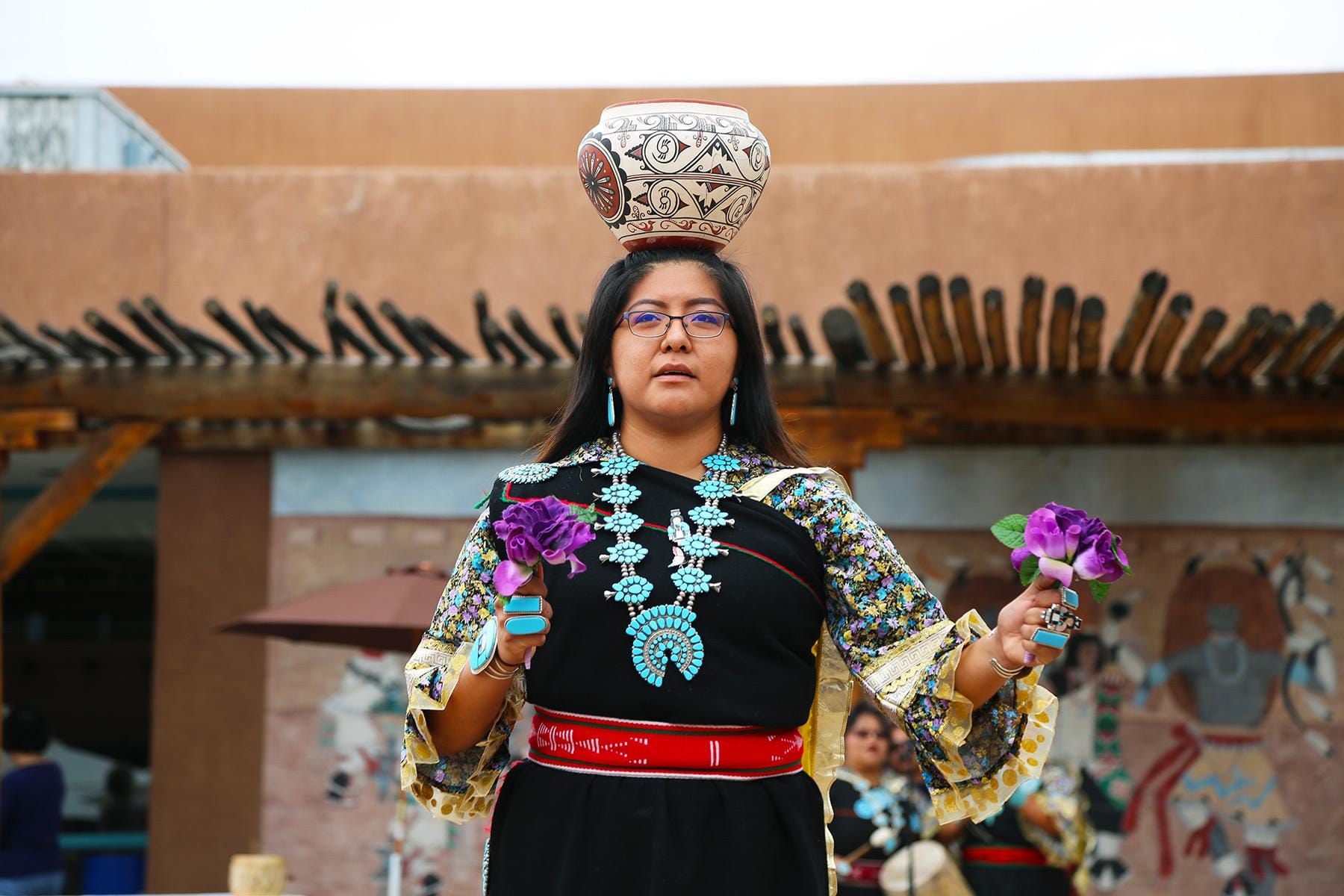 As drums beat, Native American dancers in full regalia swing and stomp, their fringe and ribbons mimicks blowing prairie in the traditional grass dance. Different dancers and singers perform every week. Nearby, extremely well-curated artifacts—including pottery, weavings, jewelry, art, and photographs—delve into the history, culture, and traditions of New Mexico’s indigenous peoples. You’re at the state-of-the-art, award-winning Indian Pueblo Cultural Center, opened in 1976 and overseen by a consortium of the state’s 19 Pueblos. It’s an amazing foray into the Native American experience and one that should not be missed.

INSIDER TIPThe gift shop vends all kinds of beautiful arts and crafts, books, toys, etc.; be on the lookout for presentations, including how to differentiate between real and fake turquoise. 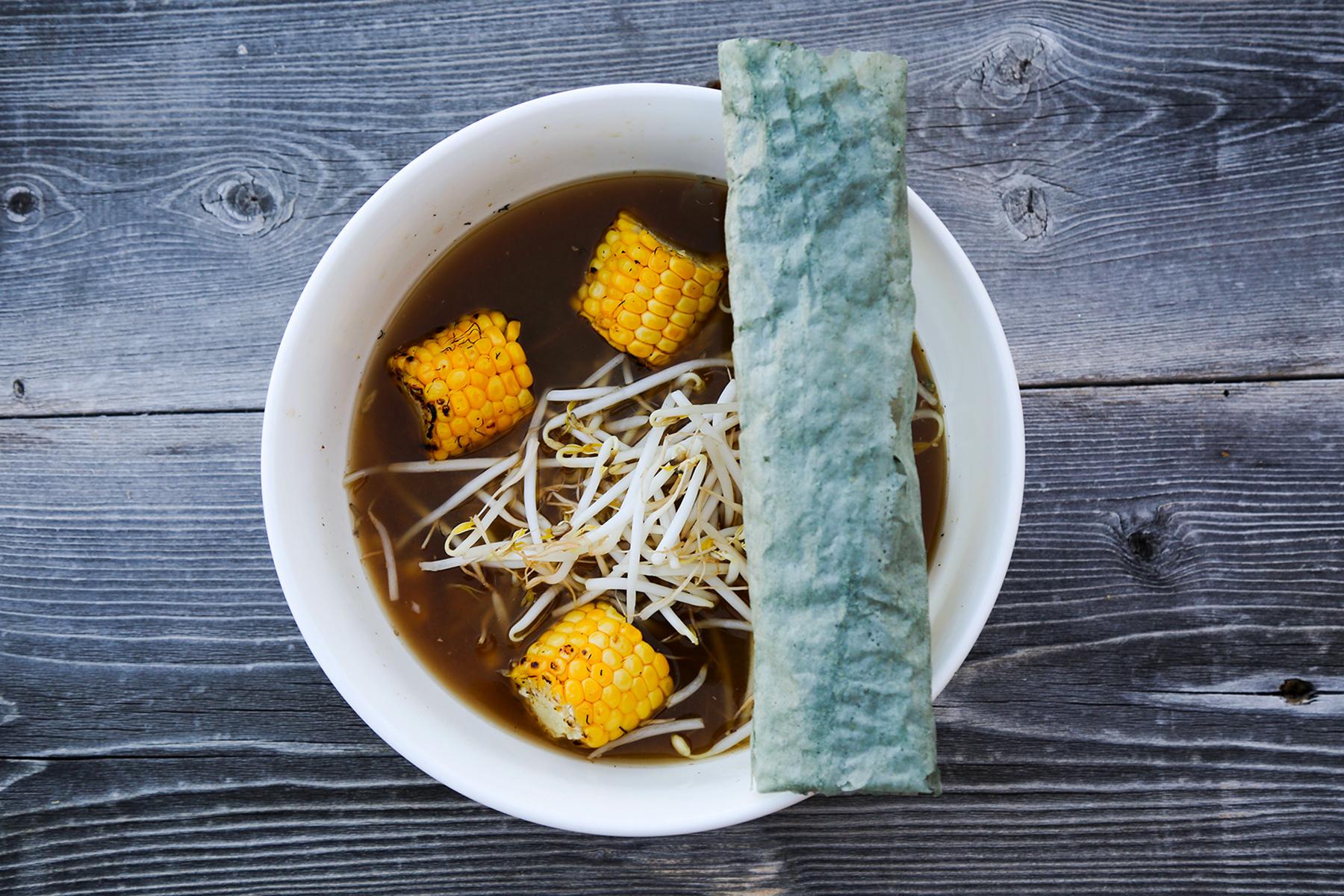 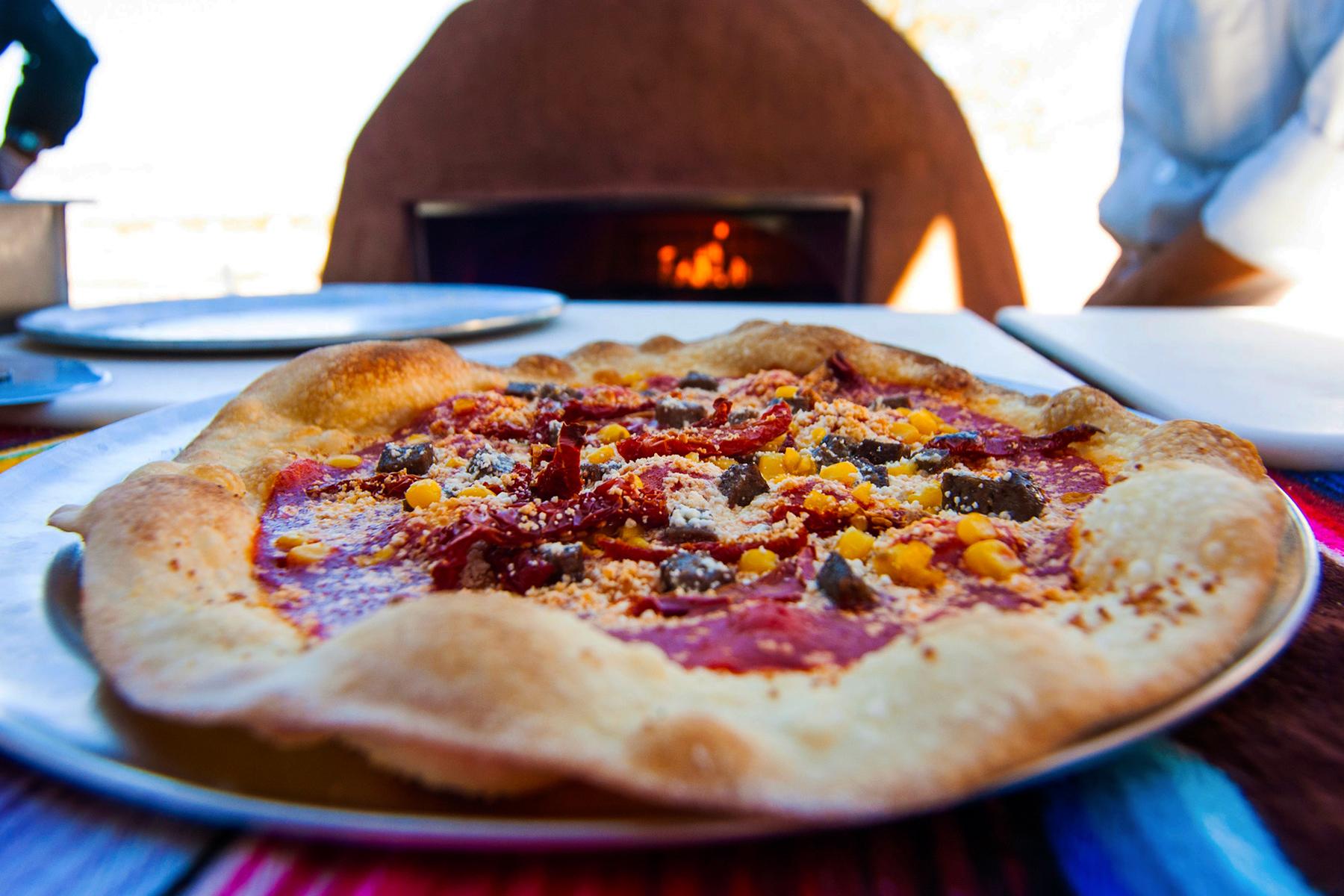 When reality chef Guy Fieri passed through town in August 2017 on Guy’s Family Road Trip, he stopped by this café, part of the Indian Pueblo Cultural Center, for the Tewa Tacos (aka Indian Tacos). Those are amazing, but hopefully he had a chance to try some of the other dishes as well. As you can tell, this is no ordinary restaurant. The team of Pueblo and Native American chefs concoct what’s called New Native American Cuisine—traditional indigenous flavors prepared using global culinary styles. Many of the dishes incorporate the three sisters—corn, beans and squash, the Native American mainstay ingredients—but in ways never seen before. Here’s what we’re talking about: Chackewe con Huevos (blue cornmeal mush, traditional chopped pork cooked in red chili sauce, eggs, cheese, and diced tomatoes), the Rez Dog (beef hot dog, bacon, frybread, chile, and lots of cheese), and the Bison Poyya Sandwich (bison meatloaf, chokecherry BBQ sauce, and pickled red onion on ciabatta).

INSIDER TIPThe frybread, made fresh every day in the kitchen, is to die for. 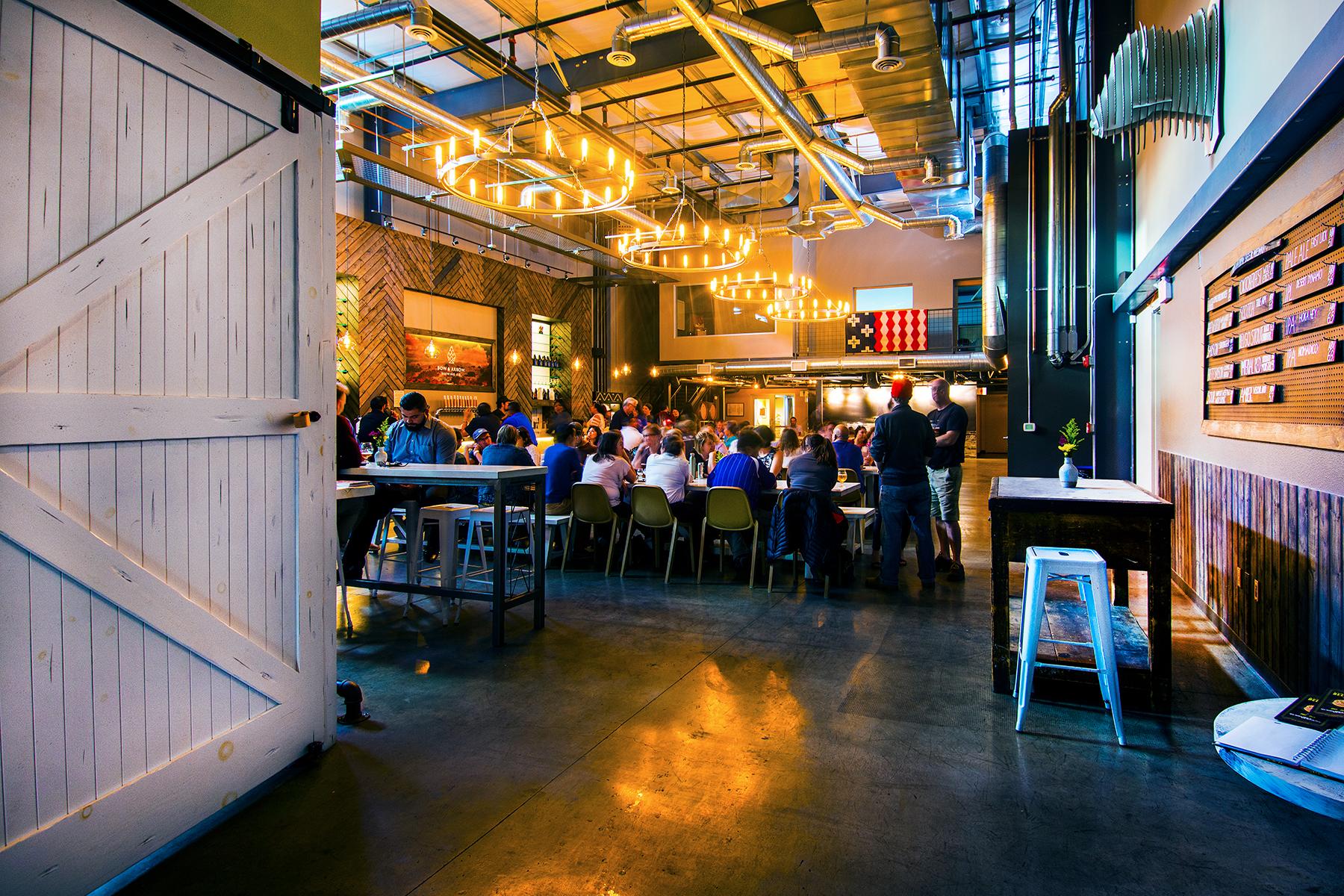 The mounted white buffalo head near the entrance of this sleek-lined brewery is an ode to co-owner Shyla Sheppard’s grandfather. He raised buffalo on the North Dakota prairie and taught her to be like them: to never turn her back on the fiercest storms. Building a brewpub from the ground up was a hurricane of a challenge, but she charged forward, founding the nation’s first Native American–owned brewery and beer hall with partner Missy Begay. The space is state-of-the-art, an old warehouse reenvisioned by local artisans. And the super local beer menu highlights indigenous ingredients—so yes, that could be roasted blue corn or sumac berries flavoring your brew. 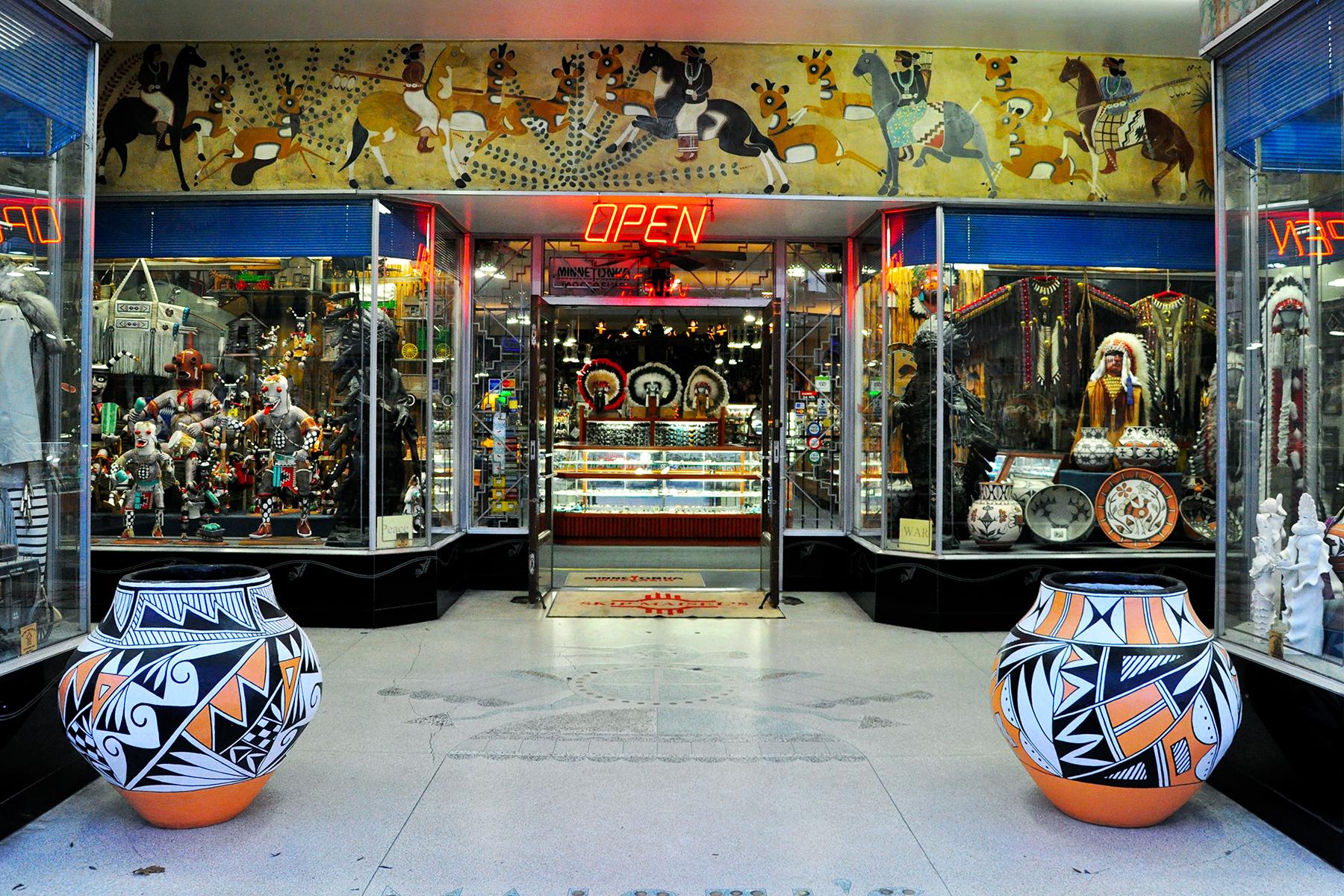 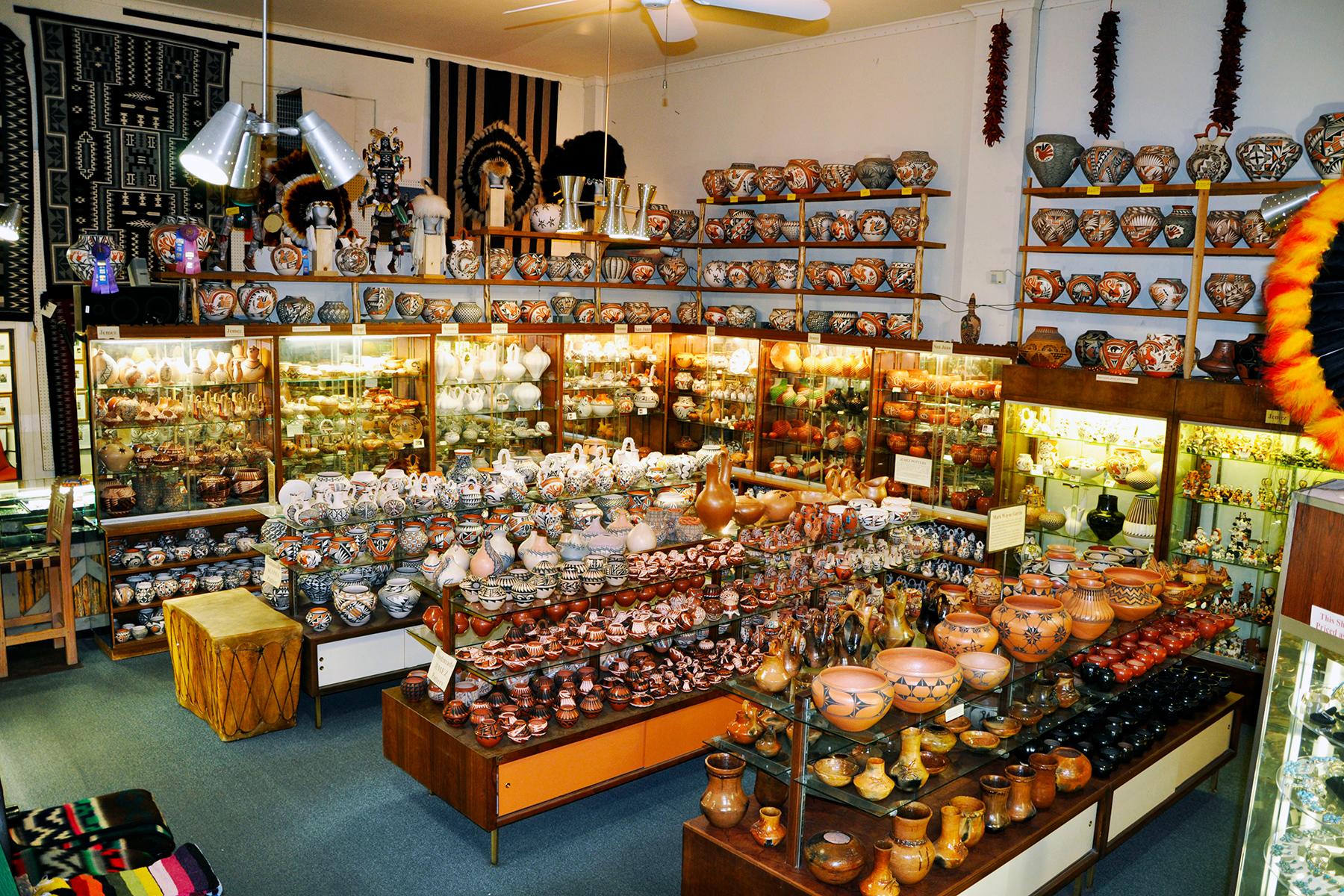 PHOTO: Visit Albuquerque
Previous Next
4 OF 10

If you’re in the market for Navajo silver, Pueblo pottery, Hopi kachinas, or moccasins, there’s no better place to go than an authentic trading post. And in the case of Albuquerque, Maisel’s is it. Built in 1939 by Maurice Maisel after Route 66 was rerouted through town, it once employed more than 300 Native American artisans, making it the largest shop of its kind in the world. Today, Mr. Maisel’s grandson, Skip Maisel, is at the helm, who continues to work with Native Americans onsite, as well as negotiating with Native American artisans who show up every day to vend their wares.

INSIDER TIPBe sure to check out the post’s architecture. Built in the Pueblo-Deco style in the early ’30s and placed on the National Register of Historic Places in 1993, the building features murals painted by Pueblo and Navajo artists depicting Native American life. 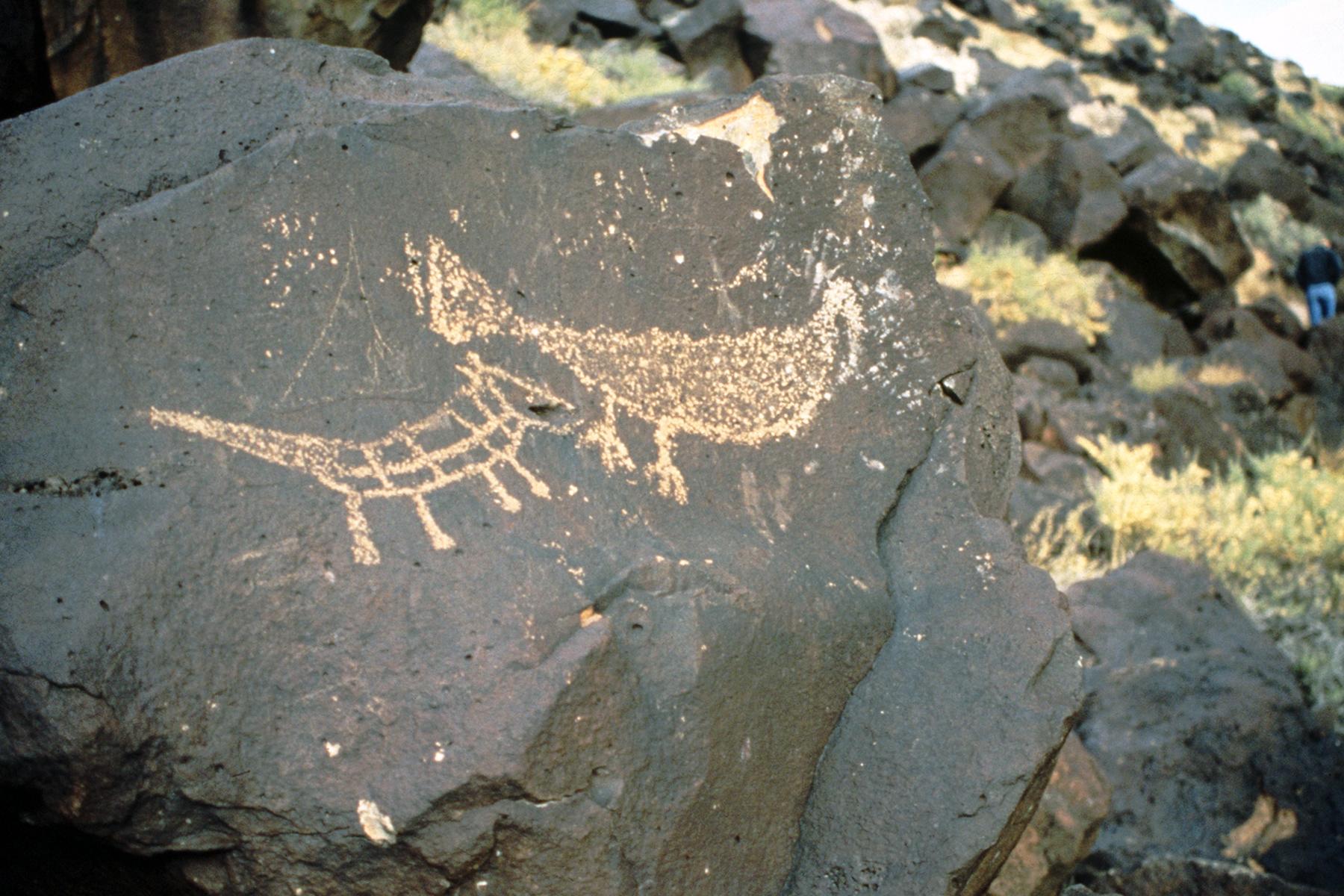 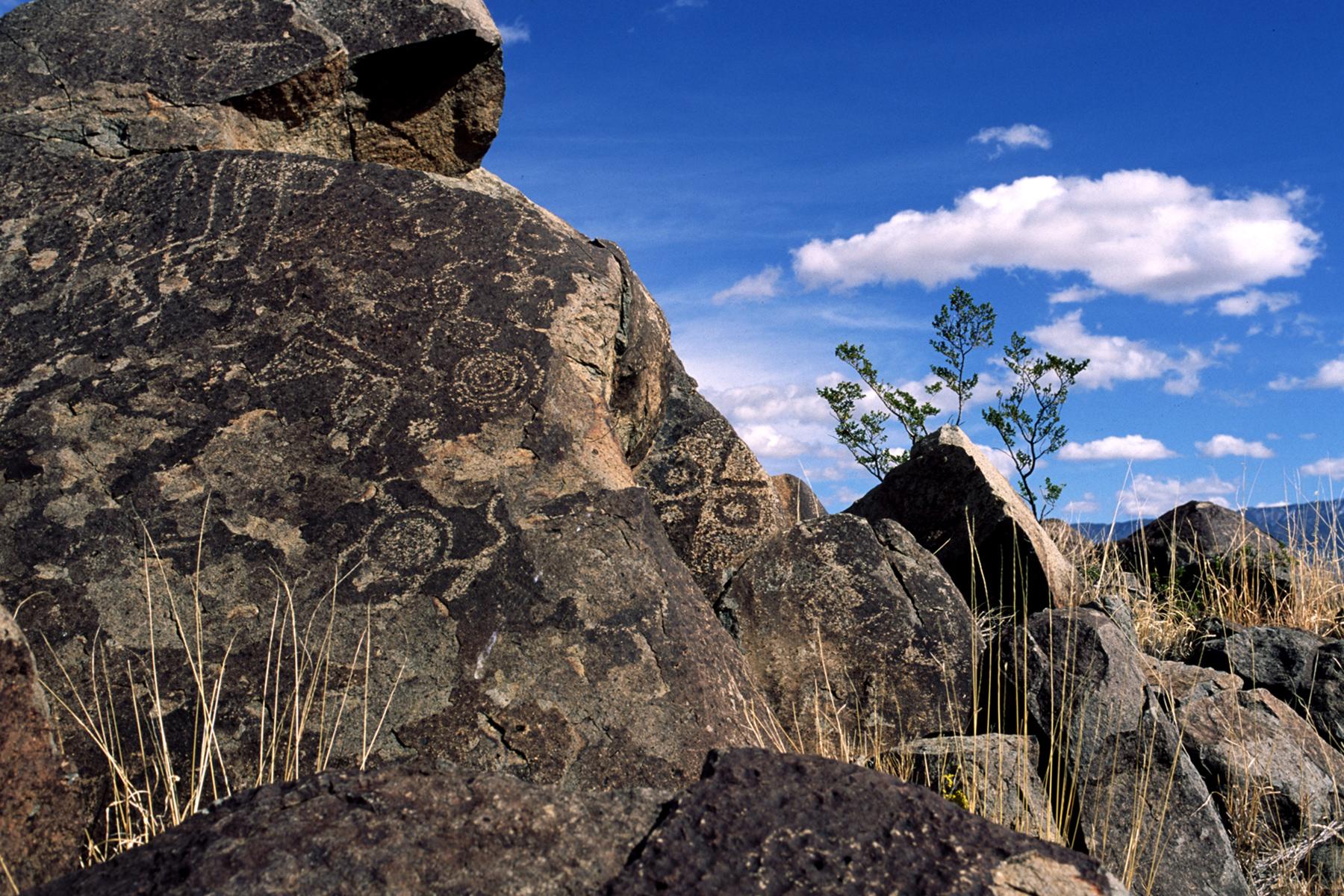 PHOTO: Verna Wood
Previous Next
5 OF 10

As ancient as it is, there’s always something new to ponder at this urban national monument. Between 400 and 700 years ago, Native Americans—both those who lived in the region and others passing through—etched some 25,000 spirals, dancing figures, wagon wheels, and what appear to be leaping mountain lions across 7,000 acres of dark volcanic rocks overlooking the Rio Grande. According to Pueblo tradition, the images, representing dreams and stories, are as old as time. Regardless of when they came to be, there’s no explicit interpretation of what we’re looking at. Many even believe the petroglyphs choose when and to whom they reveal themselves. You have no choice but to go and experience it yourself.

INSIDER TIPThere are four different sections to the monument; stop by the visitor center to see the intro film, get a map, and ask a ranger for recommendations on the best trail for you. 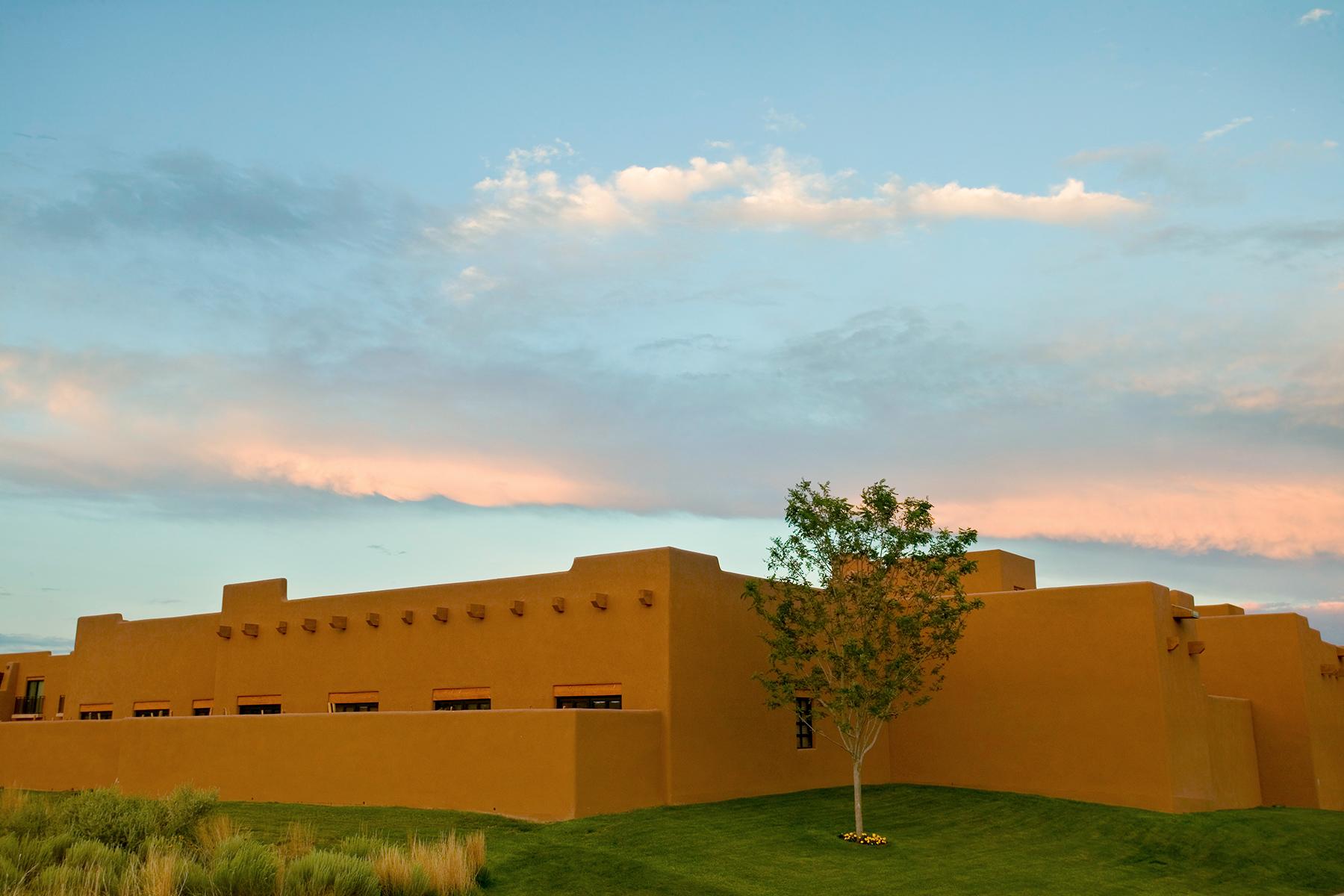 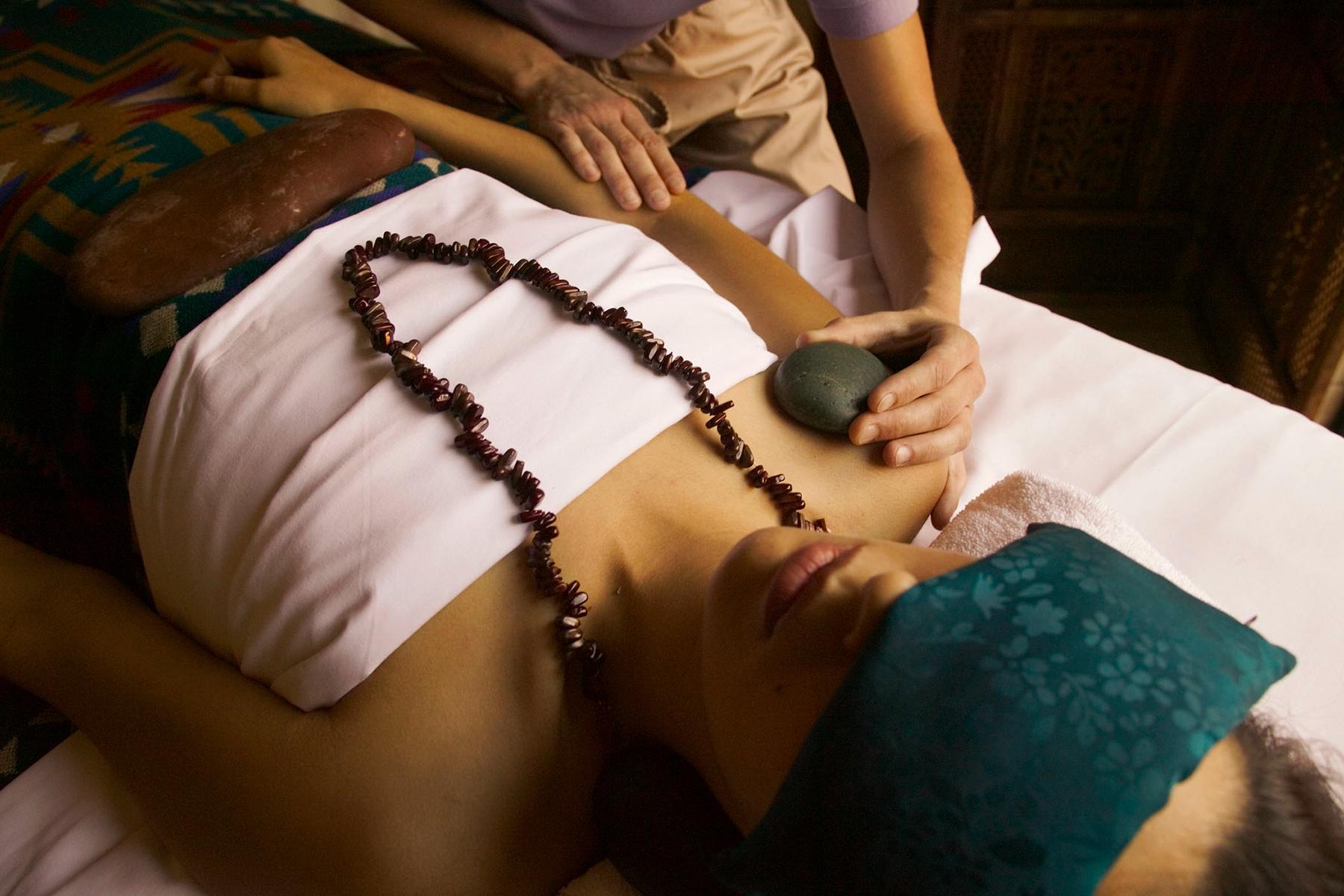 The luxury Hyatt Regency Tamaya Resort and Spa is located on the 79,000-acre Pueblo of Santa Ana, and Native American culture and tradition infuses nearly every facet of its essence. The architecture reflects classic adobe style, utilizing natural stone, wood, and adobe in its design, and Native American art hangs on the walls. The Kiva pool takes after the traditional meeting place, and the spa relies on the bounty of the land, with treatments incorporating blue cornmeal, prickly pear, even ancient drumming techniques. Authentic Native American activities are offered, including tribal folk-dance shows, huruna-baked bread tastings, and copper-bracelet-making lessons. With the mystical Sandia Mountains etching the horizon, the spirit of the place invades your soul.

INSIDER TIPTo truly immerse yourself in the landscape, take a ride from the on-site stables. More than half the horses are rescue animals, overseen by the Tamaya Horse Rehabilitation Program that addresses the plight of thousands of horses in the state that have been abandoned and neglected. 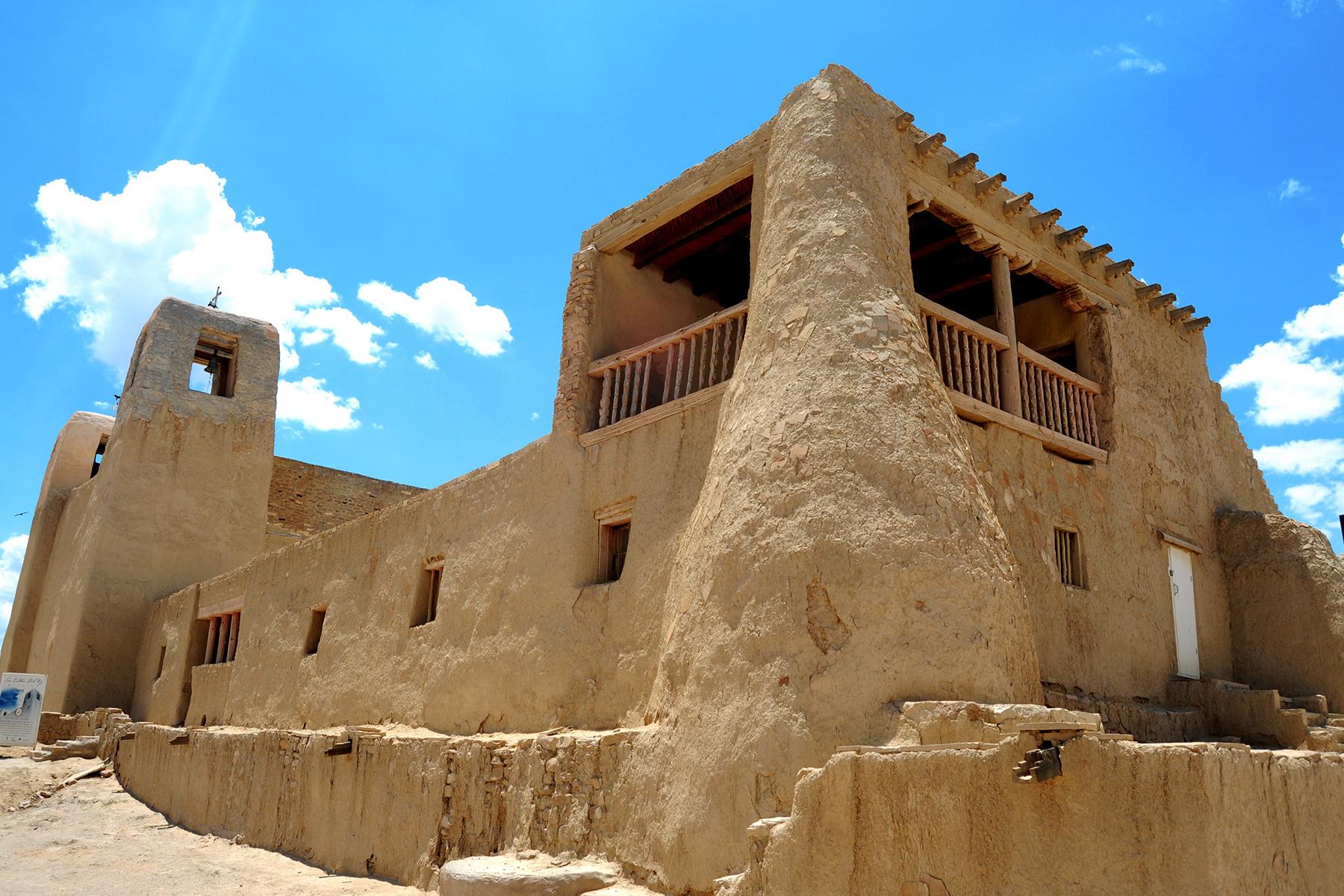 You can visit any of the 19 Pueblos (at least on feast days), but Acoma, a mesa-top earthen village about 60 miles west of Albuquerque, is open to visitors year-round. And it’s one of the most poignant, given the fact that it’s considered the nation’s oldest continuously settled village, dating from 1100 A.D. Not to mention, its views are stunning. There’s a modern cultural center, from which you’re shuttled to the hilltop village and guided around by a local. Check out the exterior ladders that access the upper floors of the two- and three-story earthen buildings (a defense mechanism), the kivas, and the village plaza. Townspeople sell their pottery, paintings, and other artwork outside their homes.

INSIDER TIPPurchase the camera pass for $10, which allows you to take photos everywhere but inside the church. 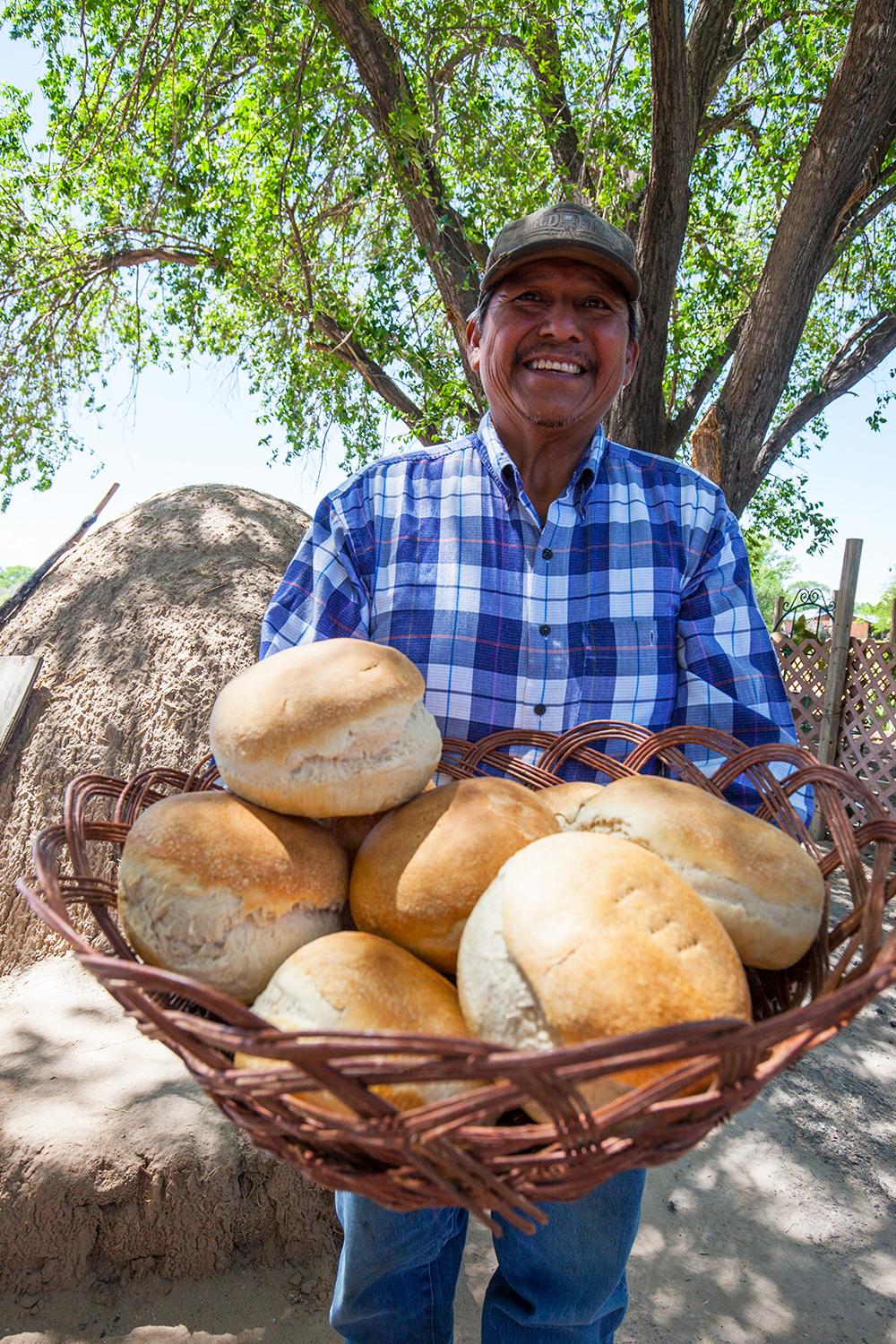 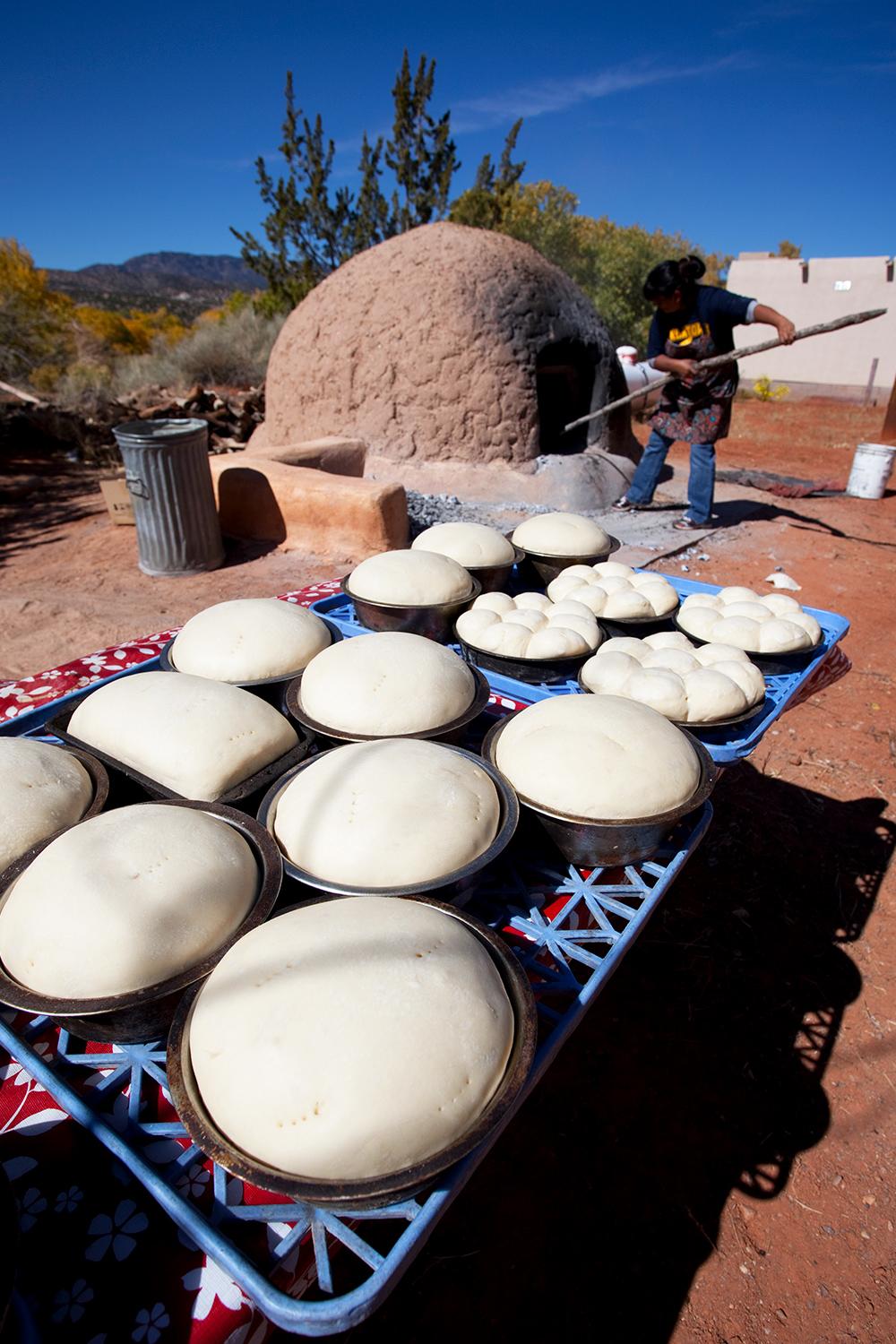 On sacred feast days, tribal members of each of New Mexico’s Pueblos come together to renew their language, culture, and religion … and reconnect with family and friends who have moved away. They don ceremonial regalia, perform dances, and feast. And on these sacred days, they open their communities to the public. Everyone is welcome to enjoy drumming, dancing, craft vendors, and bountiful foods prepared by the tribes. Which one you choose to attend depends on when you’re visiting; the Acoma, Laguna, and Santa Ana Pueblos are relatively near Albuquerque. Check out the Indian Pueblo Cultural Center’s listings for further info.

INSIDER TIPIt’s an honor to attend a feast day, and respect is imperative. Check in with the main tribal office when you arrive to learn about specific protocols. One important tip: Don’t clap at the end of a dance; dancing is a form of prayer, not a show requiring audience approval. 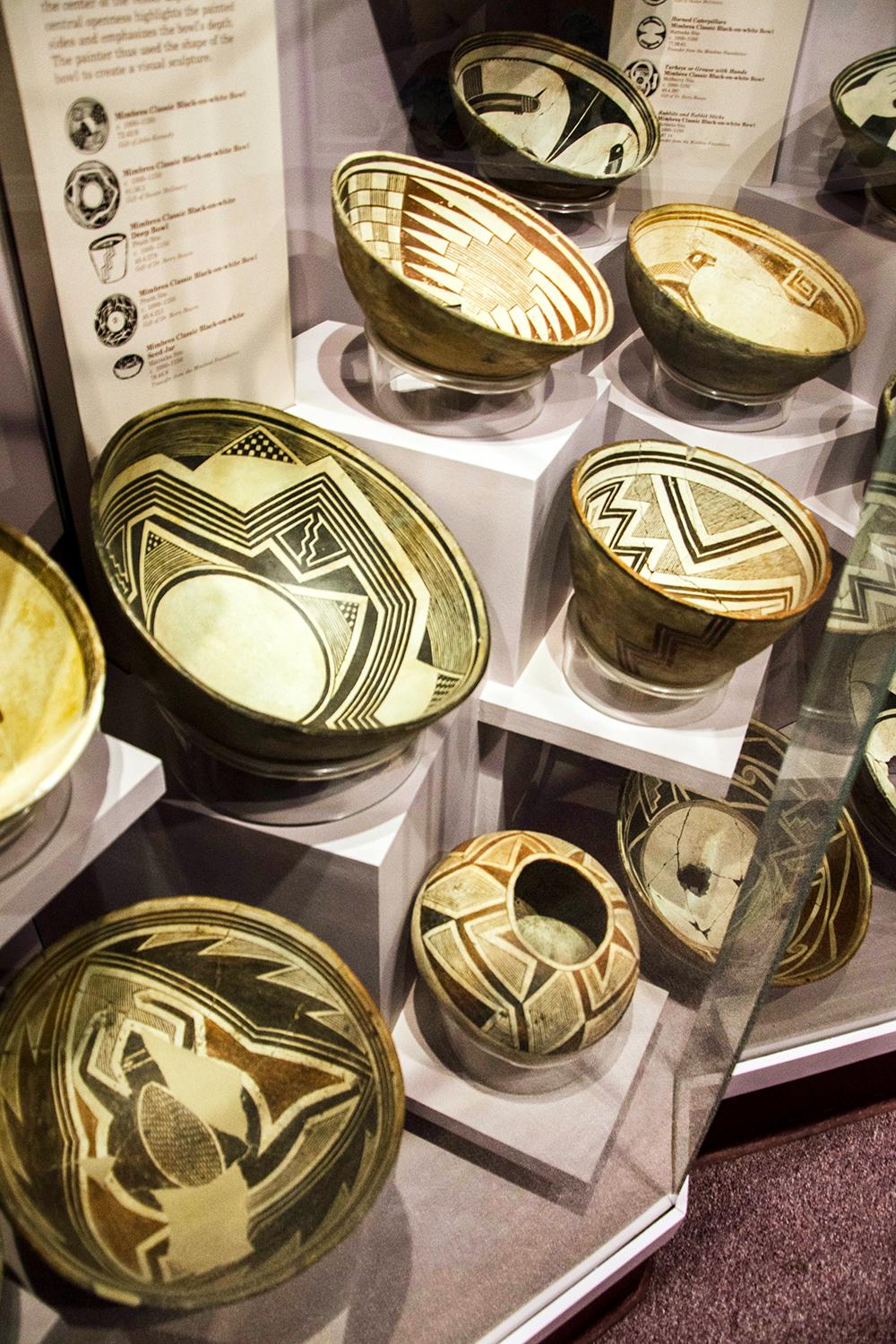 While this compact museum on the University of New Mexico campus strives to put in context the history of all humankind, it emphasizes the peoples who have lived in the Southwest for the past 11,000 years. In fact, it has the world’s largest archaeological collection relating to the ancestral Puebloans—the prehistoric Native Americans who resided in places like Chaco Canyon and Mesa Verde and mysteriously disappeared. The stories are expertly curated, with fascinating textiles, dioramas, and ceramics providing visuals.

INSIDER TIPAnyone can use the research collections, though reservations should be made far in advance. 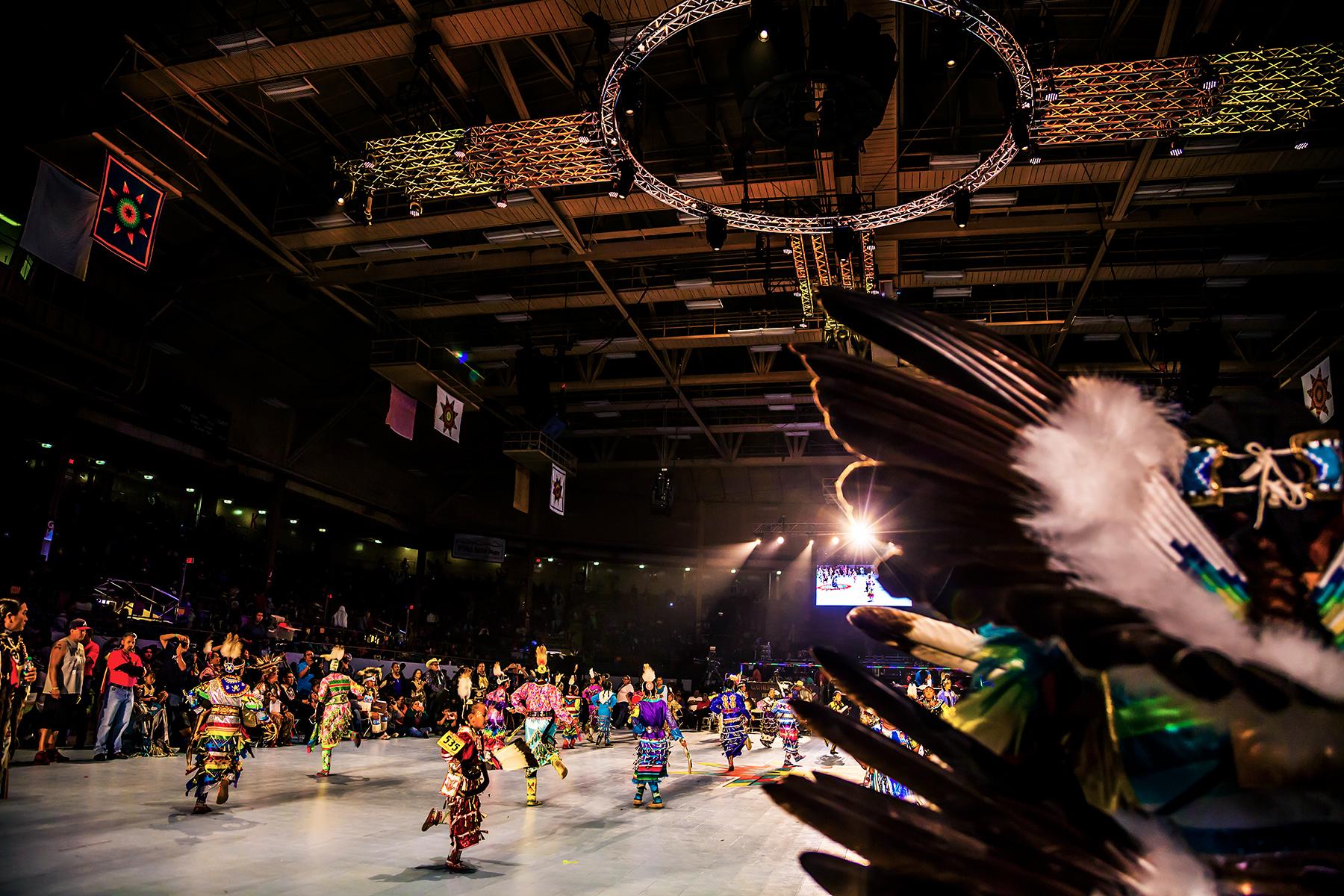 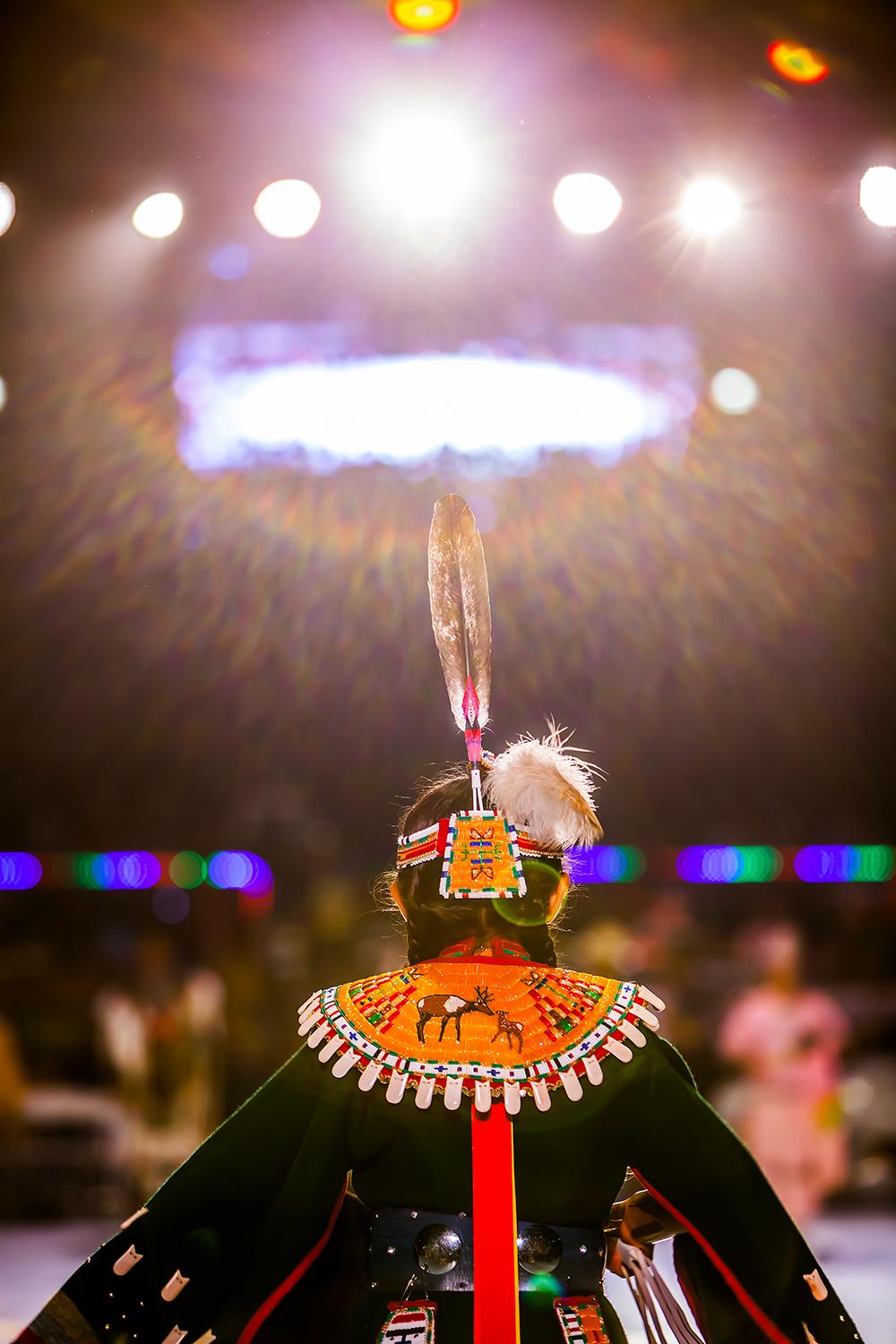 PHOTO: MarbleStreetStudio.com
Previous Next
10 OF 10

It starts with the drummers, showing off their expertise in the traditional roll call that opens the ceremony. Then the vast hall fills with thousands of Native Americans and indigenous people, more than 700 tribes coming together in the Grand Entry, everyone dressed to the hilt in full traditional regalia. Then the dance competition begins: more than 36 different categories and age levels (from tots to elders), including the women’s jingle, men’s fancy feather, men’s grass, and women’s fancy shall. This is the world’s largest powwow, and anyone can spectate this amazing three-day convergence of Native American tradition, music, and dance. There’s no interpretation here, no M.C. telling you what’s going on. You are fully submerged in the Native American experience.