The closest shore point to Philadelphia is Atlantic City, a town with a beleaguered reputation but a lot of charm if you know where to look. AC occupies the northern end of Absecon Island, which counts the ritzier beach communities of Ventnor, Margate, and Longport as neighbors. Bridges connect the backside of Longport to Ocean City, its own huge island known for its family-friendly beaches and boardwalk. Just look for the Ferris wheel twinkling in the distance. 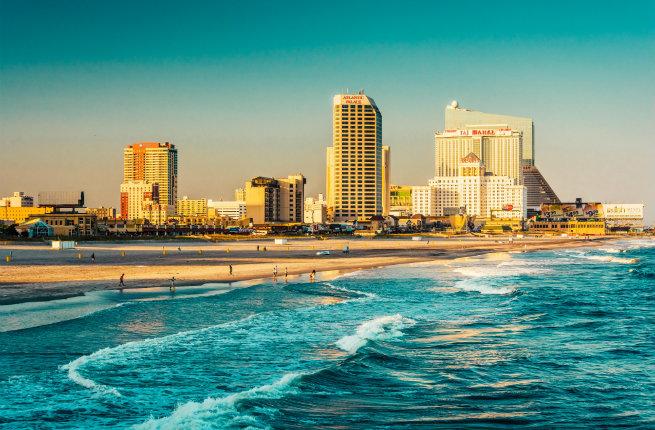 On this stretch of coast, the majority of the beaches require beach tags, which you can buy right on the beach from city-employed teens who meander up and down the shore. The only exception is Atlantic City, whose beaches are free, if not necessarily free of riffraff. If you opt for the free beach, station yourself at the northern end of town in the shadow of the former Revel casino, which went bankrupt before its second anniversary. It’s a glittery, grim totem of AC’s troubles, but it happens to front a wide, beautiful beach that barely has anyone but the occasional pod of surfers.

In AC, Chef Vola’s, a supper-clubby, James Beard Award–winning, red-gravy spot hidden in the basement of an old boarding house, is the most coveted reservation at the shore. Go there if you can get in and get the pesto-rubbed snapper and banana cream pie. If not, Angelo’s Fairmount Tavern in the Ducktown section of the city is a solid backup for quality veal Parmigiana and crab-crowned steaks. Ventnor’s chic juice bar Greens & Grains is the spot for island vegans and yoga mamas; they’ll even deliver your falafel wrap and açai bowl to the beach. In Margate’s, the snug oyster bar attached to Steve & Cookie’s  is great for bivalves on the half shell, people-watching, and live music. Propped up on the marshland between Longport and Ocean City, you’ll find sultry, smoky, side-of-the-road barbecue at Back Bay BBQ , and for many families, it’s just not summer until that first pie at Manco & Manco’s Pizza on the Ocean City Boardwalk. 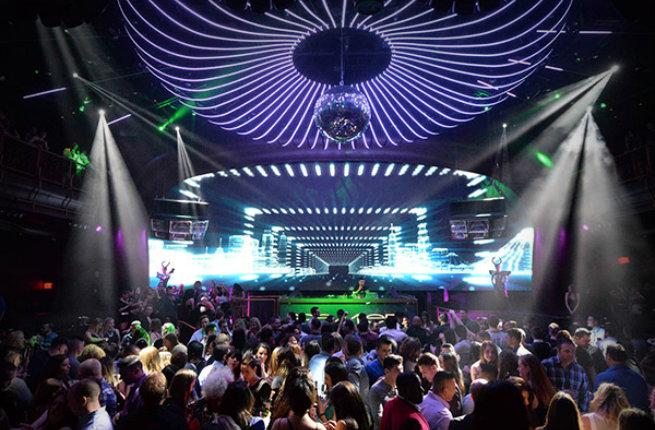 Dance all night at Premier, the posh Borgata casino’s new nightclub, or take a deep dive into the immense, thoughtfully curated wine list at the Iron Room, tucked in an out-of-the-way storefront on the road into AC. Traveling with kids? Hit the Ocean City Boardwalk (6th through 23rd Sts.) for mini golf, arcades, and two amusement piers, Wonderland and Playland Castaway Cove, which debuted a new launch coaster, Gale Force, this year. While the boardwalk runs to 23rd Street, the majority of the attractions are clustered between 6th and 12th.

Hotels are rare in Ventnor, Margate, and Longport, so you’ll want to stay in Atlantic City or Ocean City. In the former, it’s hard to beat the airy enclosures at the Water Club, Borgata’s luxe hotel-within-a-hotel. In the latter, the Atlantis Inn is a circa-1900s Victorian with kingly four-poster beds and Bulgari bath products. 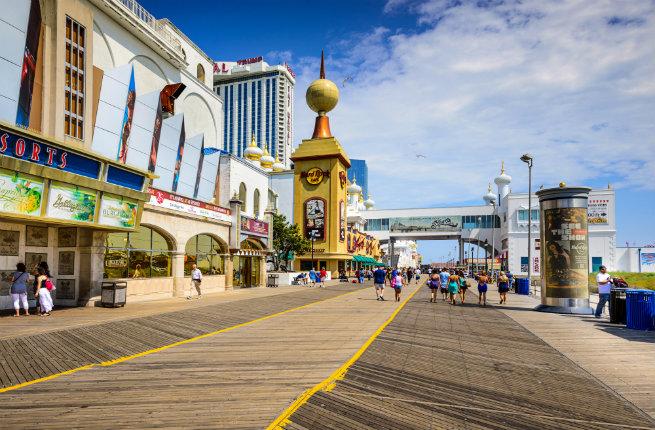 A tub of sticky, shiny Johnson’s Popcorn makes an iconic souvenir from the Ocean City Boardwalk.

Going to any beach on an avenue named for an ex-President (Coolidge, Jefferson, Adams, etc.) in Margate. These beaches are incredibly popular, thanks to their location in Margate’s happening business district, and on the weekends parking and empty spots on the sands are in equally thin supply.