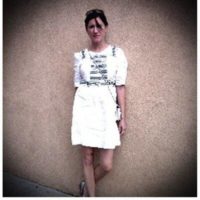 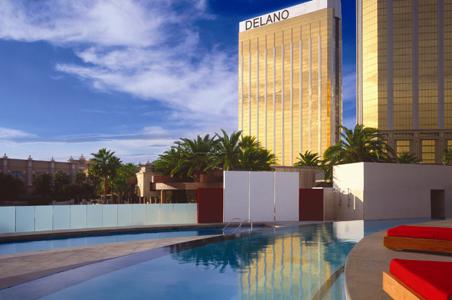 The Delano Las Vegas, which opened in September, is a collaboration between MGM Resorts International and Morgans Hotel Group and aims to replicate the service and style of the Delano South Beach. A short ride from McCarran International Airport, the gleaming, gold 43-story tower, situated at the southern end of the Las Vegas Strip, houses a staggering 1,117 suites. This all-suite concept offers a trifecta of pleasant surprises—there’s no smoking, no casino facilities (although you’re mere yards away from the Mandalay Bay game floor), and for those inclined to travel with animals, the hotel is pet-friendly. The Delano, part of an intricate series of hotels within hotels that includes Mandalay Bay and Four Seasons, manages to maintain its own unique footprint. 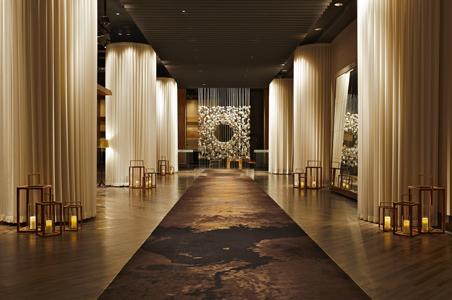 The stone entrance, flanked by two colossal Mojave Desert boulders (weighing over 6 tons), features oversize wood-slatted doors. Inside, the lobby is a showcase of warm woods and cascading white sheers draped over pillars. A suspended rock sculpture by Korean artist Jaehyo Lee hangs from the ceiling and behind it sits a sleek black-marble reception desk and concierge. The signature scents, green-tea-and-lemongrass (day) and black-tea-fig (at night) drift through the air, as does the sexy lounge music.

Rates: Depending on the season, King and Queen Suites start at $200 and are priced by view (views of the Las Vegas Strip command higher prices) while Panoramic Suites (a total of 140) and luxurious Superior Suites (only 6) start at $429. 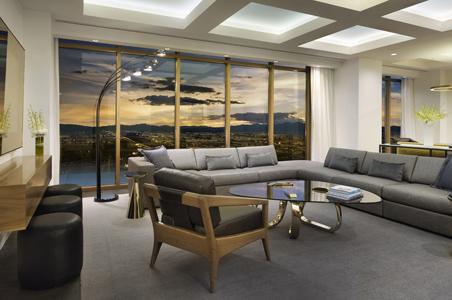 Rooms: The hotel’s standard 725-square-foot suites include a living room, bedroom, bathroom and extra half bath. The rooms pay homage to the Mojave Desert with a mix of muted grays, whites, blacks, and pops of gold. You won’t miss the suggestive underwater photography by George Kyriakos (a tribute to the South Beach property) and other signature elements like oversized tufted headboards and white linens. Lodging amenities include free WiFi, 46″ flat-screen TVs, Kuerig coffeemakers, and ice buckets that are replicas of Franklin Delano Roosevelt’s lucky hatbox. The bathrooms feature a marble shower and soaking tub with oversize Malin + Goetz toiletries and uber-soft chenille robes. At night, turndown service leaves thoughtful quote cards and mints. The Panoramic Suites offer stunning 180-degree views, while the sprawling Superior Suites are perfect for hosting your own cocktail party. 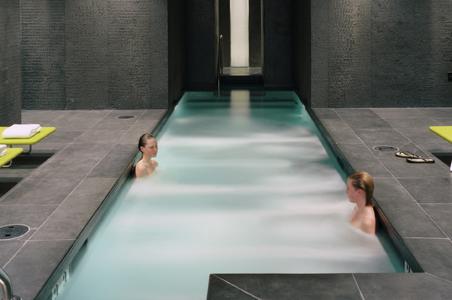 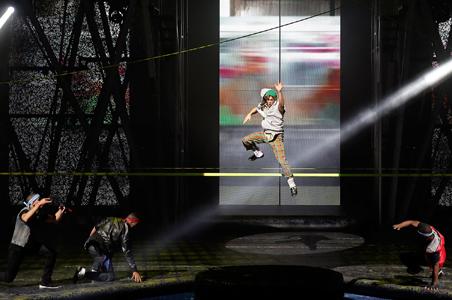 Just outside the lobby, Michael Jackson’s One by Cirque du Soleil, an energetic musical salute to the late King of Pop, is a fun, dazzling show. The late-night dancing set will undoubtedly get their groove on at Light Night Club (also by Cirque du Soleil).

Pros: Without a cigarette, blackjack table, or slot machine in sight, the understated Delano maintains a boutique feel with a welcoming un-Vegas-like vibe. Don’t miss the daily uplifting quotes chalked on the lobby mirror, friendly service, and and creative food and beverage options.

Cons: Most northern suites offer only partial views of the Strip—the pyramidal Luxor Hotel obstructs most of the neon desert backdrop—so ask for a room on a higher floor. While the beds are cushy, the overly firm pillows make sleeping difficult. Currently, there’s no pool complex (guests can access the Mandalay Bay Beach pools). Look for the splashy Delano Beach Club to debut in late 2015.