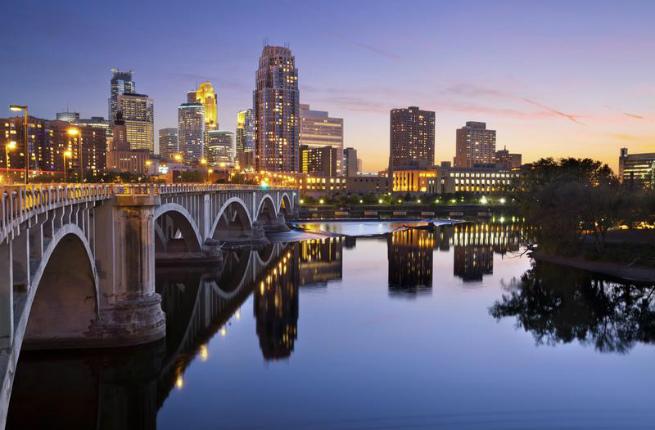 Spread out along the banks of the Mississippi River, Minneapolis has come a long way from its industrial and agricultural roots. Today its notable restaurants and bars, vibrant arts scene, and trendy shops have combined to make this a cosmopolitan center where any Brooklyn hipster would feel at home. The North Loop, a riverside grid of old warehouses, mills, and railroad yards, has been reborn as the destination, where once-blighted brick buildings now house award-winning restaurants, fabulously curated boutiques, and pricey residential lofts. Minneapolis proper has only about 400,000 residents, but the metropolitan area (including its twin on the other side of the river, St. Paul) has about 3.8 million—large enough to support the kind of creative energy that makes a good city great.

But what really sets this city apart is a very long tradition of progressive civic planning and cultural polices that residents enjoy all year long. The Trust for Public Land has named Minneapolis the No. 1 city for parks, and a vast network of railroad tracks that used to haul wheat, lumber, and iron ore to the city are now rail-to-trail bike routes that support one of the largest bicycle-commuting communities in the U.S.—even in Minnesotan winter. 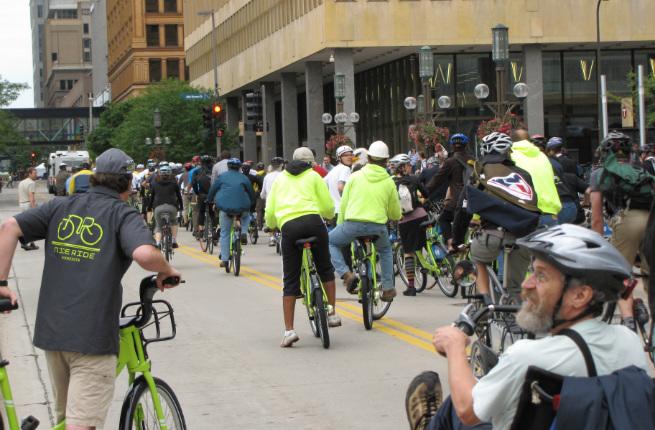 With 118 miles of on-street bikeways and ninety-two miles of off-street dedicated bike paths, there’s no excuse for not seeing Minneapolis the way it’s meant to be seen: on two wheels. Whether you want to cruise for a couple of blocks or a couple dozen miles, the Nice Ride public bike-sharing system is the way to roll; $6 buys you 24 hours of bike access at 170 stations around Minneapolis (and St. Paul).

Minnesota is the “Land of 10,000 Lakes” and Minneapolis the “City of Lakes.” So it’s only fitting to start your Minneapolis tour at the Chain of Lakes, the heart of the city’s watery green space. Walkers, joggers, and inline skaters—rollerblading was born here—share a path, but cyclists have their own trails around Cedar Lake, Lake of the Isles, Lake Calhoun, and Lake Harriet. 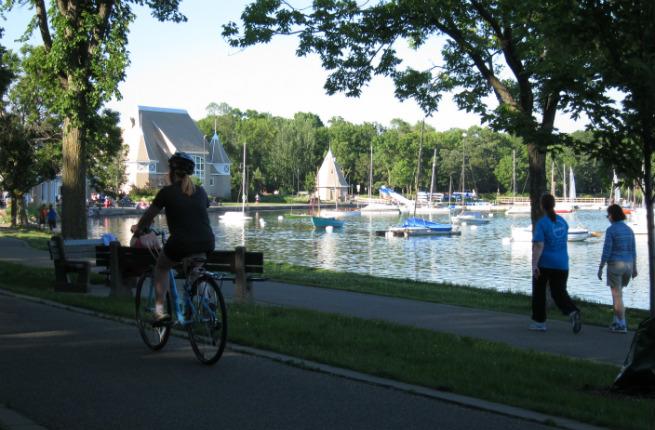 Hungry yet? Grab a seared walleye sandwich at Bread & Pickle across from the Lake Harriet band shell. Or pedal just a few miles more to Minnehaha Falls for fresh oysters at Sea Salt Eatery, an improbably great seafood restaurant in a public park. 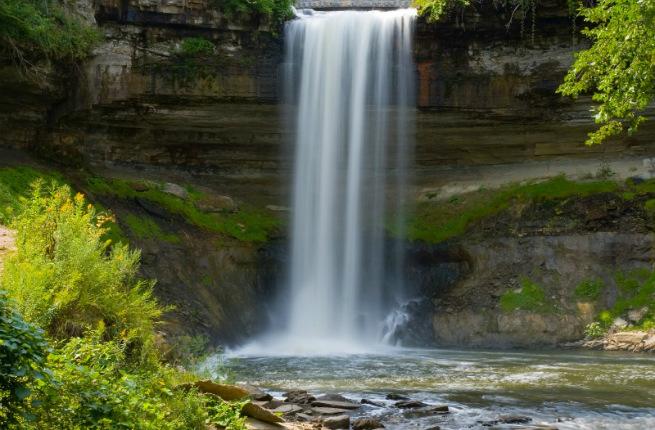 Spend the rest of the afternoon exploring the Walker Art Center, considered one of the country’s most important contemporary art museums. Stroll outside to the adjacent Minneapolis Sculpture Garden to see perhaps the most-photographed feature in the city, Claes Oldenburg and Coosje van Bruggen’s “Spoonbridge and Cherry.” 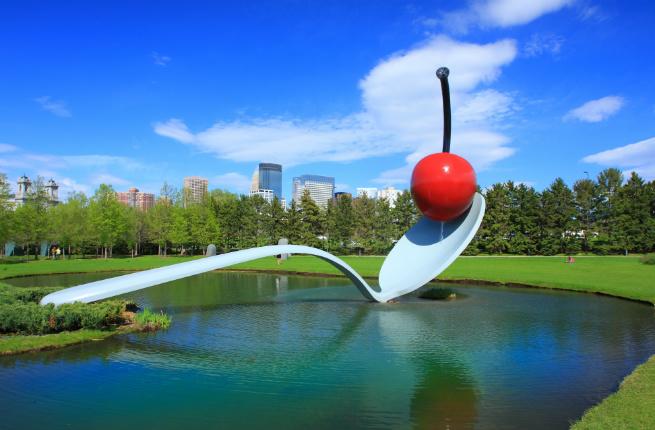 Or head to the bustling Nicollet Mall to browse the shops or enjoy a cocktail al fresco before dinner at Butcher and the Boar (a James Beard semi-finalist) for exquisite house-cured meats and homemade pickles. If you don’t have reservations, don’t worry. The outside beer garden serves less casual fare with the same amazing ingredients. 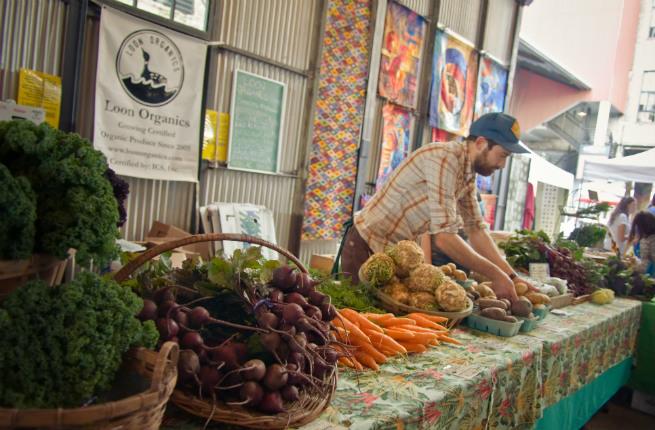 Stretched out between the Mill City Museum on one side and the Guthrie Theater on the other, the riverside Mill City Farmers’ Market has become the go-to, Saturday-morning celebration of Minnesota’s agricultural bounty (open early May-late October). Wander the stalls and peruse the fresh produce, jams, cheeses, shrub syrups, jewelry, woven rugs, and other artisanal products. 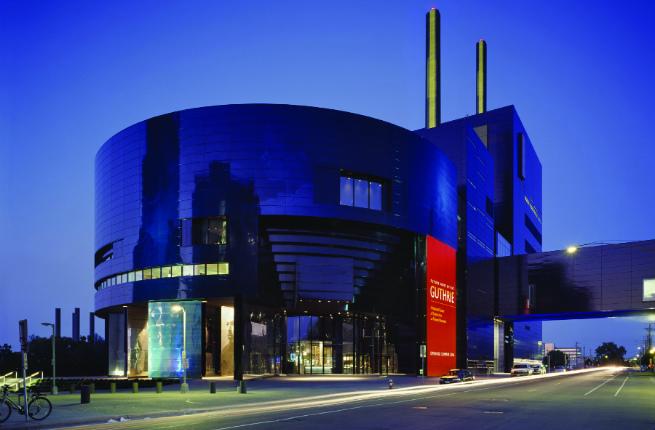 Afterward take a few minutes to walk through the adjacent museum, which was the largest and most technologically advanced flourmill in the world when it was built in 1880. At the other end of the market is the dramatic-looking Guthrie. Even if you don’t have tickets for a show, head upstairs to walk out on the building’s signature design feature: a glass-walled, cantilevered lobby called the Endless Bridge that extends 178 feet out from the building to overlook the Mississippi River.

You’re only a few steps from the historic Stone Arch Bridge, a pedestrian-and-bicycle-only bridge that spans the river at St. Anthony Falls. Cross over to the east side of the river, where a quick left down leafy SE Main Street brings you to the Aster Café. Don’t miss lunch (and a signature cocktail) under the shade trees looking to the river beyond.

For a different kind of view, head upriver a couple of miles to the Northeast area of the city to Betty Danger’s Country Club—an outrageously fun “country club for the 99%.” Order a drink to sip on the Ferris wheel (or as they call it, the “vertical patio”) as the ride climbs and the downtown skyline comes into view.

For yet another view, book a kayaking tour through Above the Falls Sports for a two-and-a-half-hour paddle down the river from above the falls, through limestone and sandstone cliffs to the confluence of Minnehaha Creek. 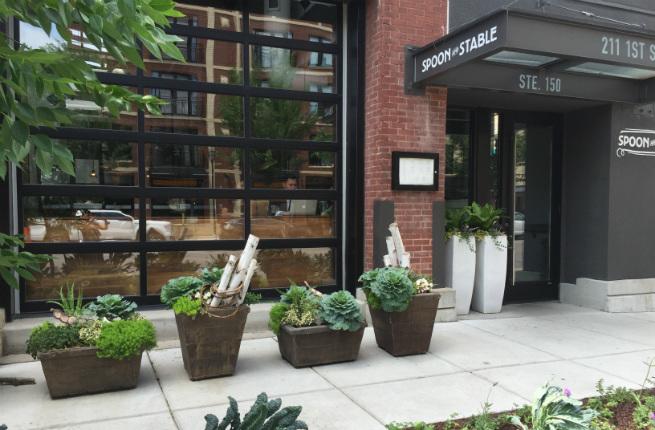 There’s no argument that the hottest ticket in town for dinner these days is Chef Gavin Kaysen’s Spoon and Stable in the North Loop. The Minneapolis native left New York’s Café Boulud, where he’d garnered a James Beard award and a Michelin star, to return to his hometown and open his own restaurant (in a former horse stable), highlighting the area’s seasonal produce with a French finish. Reservations are tough to get, but walk-ins can get served at the bar or in the lounge.

Or opt for one of the best burgers in town at nearby Parlour, beneath another outstanding restaurant, Borough. The mixologist brains behind Parlour (and several other standout cocktail joints) is Jesse Held, who’ll be happy to throw something together that’s not on the menu. 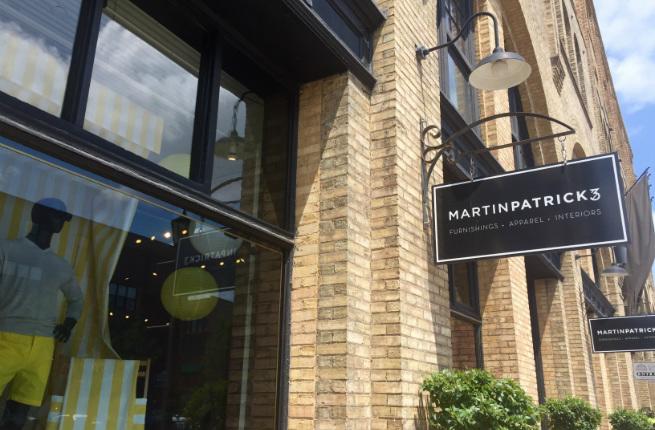 Garrison Keillor has made a career of explaining Minnesota’s Scandinavians to the rest of the country, but you don’t have to be one to fall hard for The Bachelor Farmer, another James Beard semi-finalist and the first restaurant to bring this caliber of dining to the North Loop. Sunday brunch is especially popular, with seasonal-changing dishes like duck-heart omelets, rye spaetzle/pork shoulder hash, bacon confit smørrebrød, and a killer pastry cart all year long. Don’t miss the libations specially crafted for this time of day from Marvel Bar downstairs: the bourbon-and-espresso Coffee Flip or a shandy spiked with two Scandinavian staples, caraway and aquavit.

Work off brunch wandering the North Loop’s blocks of upmarket retailers who’ve curated their shops with a particular kind of shopper in mind. The Foundry Home Goods, housed in an old metal foundry, is practically a dojo of interior design. Guys with an eye for fashion head to Martin Patrick 3 for clothing and apothecary products, and around the corner, Askov Finlayson (owned by the same brothers behind Bachelor Farmer and Marvel Bar) offers fashion-forward active apparel, including the iconic Red Wing shoes, made just down the road. 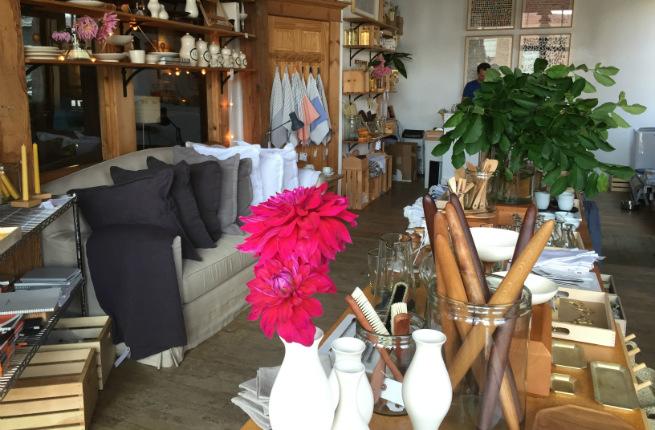 Finally, take the Hennepin Avenue Bridge—you can’t miss the locally famous Grain Belt Beer sign as you pass over Nicollet Island—to Northeast Minneapolis and the epicenter of the city’s wildly burgeoning microbrew scene. Surly Brewing deserves credit for the boom. In 2011 the owners successfully fought against a law that didn’t allow breweries to sell their own product on premises. With the passage of the “Surly Bill,” craft breweries began popping up like hops flowers. In the Northeast, you can start your beer crawl at Indeed Brewing Company and then—depending on your level of motivation—move on to Bahaus Brew Labs, 612 Brew, Dangerous Man Brewing Company, and Sociable Cider Werks, all within blocks of each other.

Where to Stay: Renaissance Minneapolis Hotel, The Depot is just steps from the North Loop, Guthrie Theater, Stone Arch Bridge, and the Mill City Museum in what was formerly the Milwaukee Road Depot—a Renaissance Revival-style train depot built in 1899. Rooms feature twelve-foot ceilings and oversized windows that look out onto the downtown skyline, and in winter the long-span, truss-roofed shed is an enclosed ice-skating rink with floor-to-ceiling windows. Nearby, the Nicollet Island Inn—on a small island on the river—has fashioned a romantic getaway housed in an 1893-era stone building.

Getting There: Metro Transit’s Blue Line light-rail train departs from both terminals of Minneapolis-St. Paul International Airport with service to downtown. The Warehouse District Hennepin Avenue Station will put you in the heart of the North Loop.