As the tenth anniversary of Hurricane Katrina approaches, it’s a marvel to see how this formerly devastated city has emerged from the wreckage and embraced momentous changes. Over the decade, there’s been a rebirth of venerable institutions and an introduction of exciting and ambitious trends in cultural, musical, culinary, and cocktail spheres. Many hotels have freshened up with renovations, while new spots like the Ace Hotel await a 2016 opening. But, of course, strolling around this city is the best way to experience the magic. Here are five reasons to visit now.

1. You Can Indulge in the Colorful Culinary Scene. 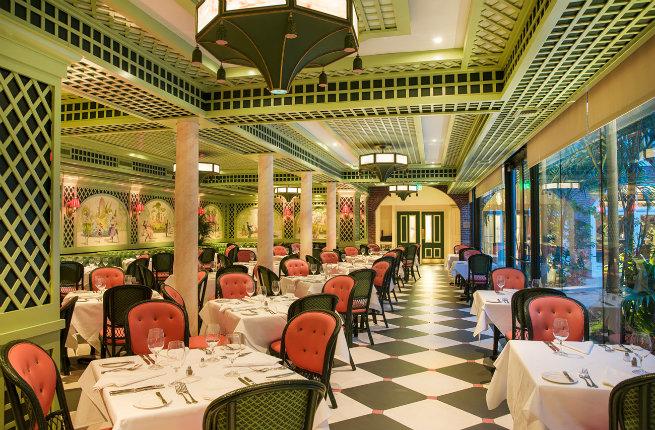 Dining in New Orleans is a one-of-a-kind-experience that rivals no other American city. The cuisine melds different cultures including Creole, Cajun, and French-influenced Southern specialties and now incorporates emerging additions like Israeli food. Yes, modern Israeli food in New Orleans exists at the new uptown spot Shaya, helmed by chef Alon Shaya. Begin with a proper sprawl of colorful, fresh starters like hummus and curried fried cauliflower and dip with warm, airy pitas. Don’t skip the roasted chicken or lamb shank. Situated in an old townhouse, the new Balise, with chef Justin Devillier in the kitchen, is a fun place to nab a bar spot and feast on simple dishes like flounder and roasted grouper. The Bywater mainstay Booty’s has a great ongoing brunch menu—give the Cuban sandwich and Amsterdam fries a whirl.

Of course, Peche, with James Beard Award-winning chef Ryan Prewitt, is a perfect spot for smoked-tuna dip, smothered catfish, and a Louisiana shrimp roll. Revered local chef John Besh’s impressive empire includes nine splendid restaurants. His first inception, August, sits in a grand nineteenth-century townhouse and offers a touch of decadence with items like potato-crisp P & J oysters and Wagyu hangar steak with sesame, kimchi, and cured yard egg. Last but not least, it would be a shame to miss a trip to the venerable, recently renovated Brennan's. Ask for a seat in the garden room with the hand-painted murals of nineteenth-century Mardi Gras. Order a French 75 and the roasted gulf oysters with chili butter and a Manchego crust.

2. There’s Always a Place to Grab a Drink. 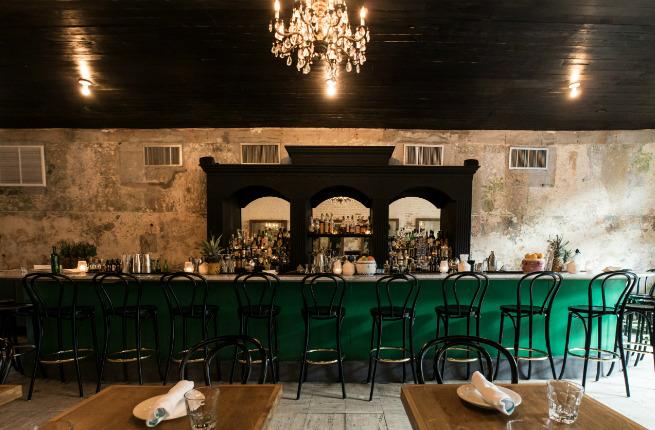 Most historians agree the cocktail was born in New Orleans, so you won’t have trouble finding proper libations here. Enjoy the narrow courtyard of the allegedly haunted Cane & Table for bespoke cocktails like the fancy Extra Classic Sazerac (using hard-to-source High West Double Rye! and Maison Gourry Cognac), or try The Secret Howler (similar to a Manhattan but darker). For sustenance, nibble on the three-pea hummus with yucca chips. The handsome, speakeasy-esque CellarDoor, a former brothel on a stellar tree-lined street, is a smart stop for an Old Fashioned.

At Lüke, the oyster happy hour, with a glass of bubbles or crisp Sauvignon Blanc, is a special way to spend a late afternoon. Bacchanal Wine doubles for sipping wine and nibbling on a cheese plate in an outdoor, torch-lit setting with live music. Later, arrange a tour of Old New Orleans Rum Celebration Distillery. If it’s caffeine you crave, bypass the long lines at the famed Café Du Monde and drop by the French Quarter’s new independent coffee shop, Spitfire, which drums up some lovely brews and fresh teas.

3. Pretending You’re a Local Is Easy. 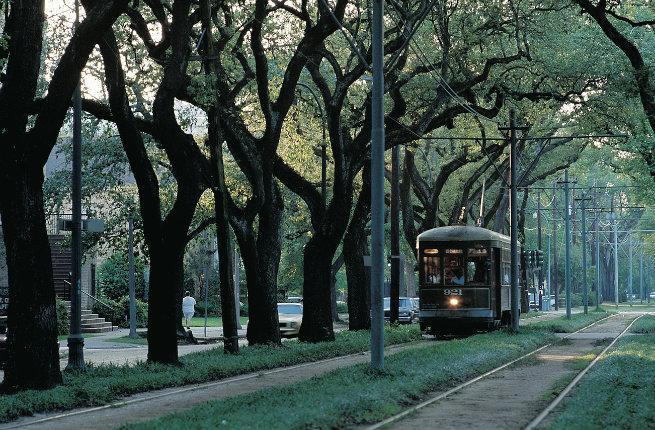 To keep your waistline in check, take a jog along the St. Charles Avenue Streetcar tracks, a well-traversed, grassy stretch encased on both sides by massive oak trees, grand houses, and majestic churches. You can also run up Magazine Street and into the neighborhoods of stately, ornate mansions around the upper and lower Garden District. Later, picnic at Audubon Park (from the Quarter or Warehouse District you will need a ride on the streetcar or a car) and soak up the lush greenage. Those with kids will love the on-site, 58-acre zoo there. Want to check out the local produce scene? Stroll the Crescent City Farmers' Market, which moves locations on rotating days of the week. 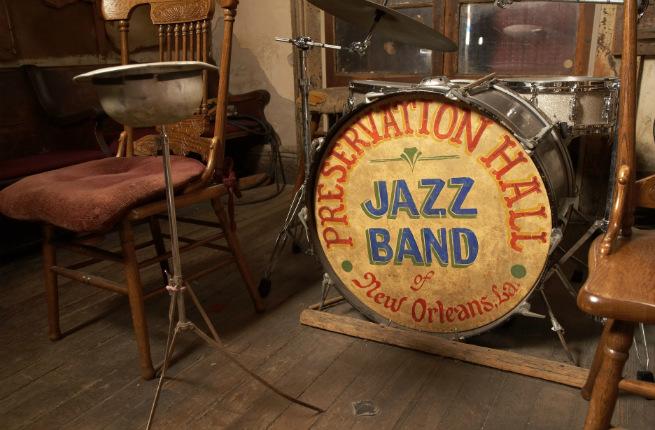 Jazz music is a rite of passage and, for New Orleans, a birthright. The small, no-frills Preservation Hall is run by local tuba player Ben Jaffe. There’s scant seating, although standing room is available (make sure to bring your favorite cocktail in from the outside world). On Wednesdays, drop by to hear the legendary, Grammy-winning Irvin Mayfield at his namesake playhouse inside the Royal Sonesta Hotel. At night, along the very flavorful, indie-style Frenchmen Street, popular jazz spots like d.b.a (don’t miss the craft beers), The Spotted Cat Music Club, Apple Barrel Bar (609 Frenchmen St.; 504-949-9399), and the Blue Nile (which from the street indeed projects a blue hue) provide unrivaled, top-notch music in an atmosphere that is uniquely New Orleans.

5. There Are Amusing, Offbeat Ideas to Try. 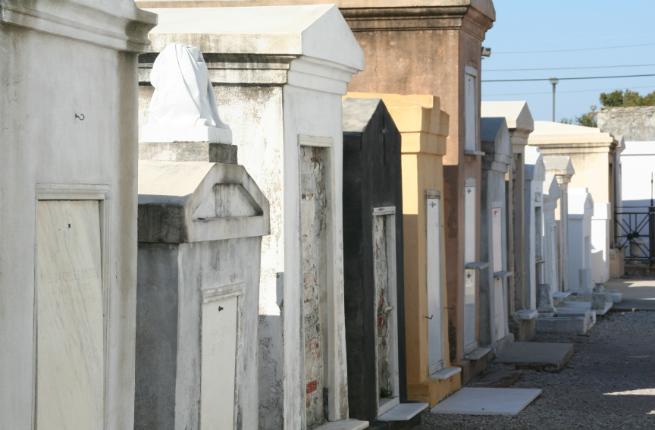 Escape from the buzz of the French Quarter and explore the road less traveled. For a taste of voodoo, a tradition steeped in African diaspora and spiritual conventions, stop by Priestess Miriam’s Voodoo Spiritual Temple (est. 1990), which serves as both a retail storefront (think sage, herbal healing elixirs, and voodoo dolls) and a place for spiritual readings (if you schedule in advance) by the eccentric Priestess. The art-savvy should investigate Prospect New Orleans, which showcases new artists. For some deep history, take a cemetery stroll, beginning with the city’s oldest graveyard, St. Louis Cemetery No. 1, which features the tombstones of politicians and aristocrats, and then visit Greenwood Cemetery, the burial place of 600 Confederate soldiers and Major League Baseball player Al Jurisich. You can also arrange tours for more background.

Where to Stay: The ninety-seven-room W New Orleans-French Quarter recently underwent a renovation, but the gorgeous tree-filled courtyard and the small pool (request a room with a balcony) remain intact, thankfully. Want out of the Quarter? The lovely, well-appointed, eight-room Terrell House is an ideal spot to lay your head and later stroll about the lower Garden District. The renovated 1,193-room Hyatt Regency is perfect for big groups, the convention bureau set, and those with kids.