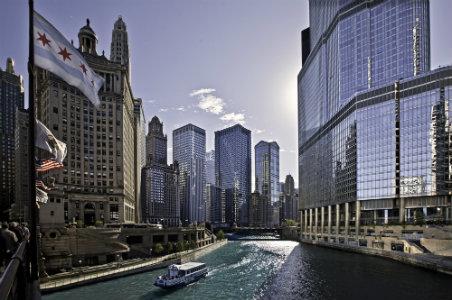 From the ultimate outdoor music fest (hello, Lollapalooza!) to a world-class exhibit celebrating Belgian Surrealist artist René Magritte, Chicago has quite the summer line-up ahead. With new hotels and restaurants opening—including an amazing patio along the Chicago River and another al fresco spot in the South Loop—this summer offers refreshing must-sees packed into three short, sun-filled months. There's even a pop-up ice-cream shop dishing out farm-fresh flavors and a pizzeria that will challenge Chicago-style pies with cracker-thin crusts. Chicago is ramping up for a hot summer, particularly fitting after one of the coldest winters in history. Here's a list of can't-miss happenings in the Windy City. 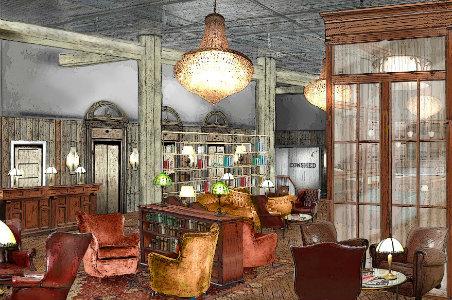 SOHO House Chicago, the newest member of the British members-only club, opens its doors in August in the Fulton Market district. Street-level dining open to the public in the 40-room hotel, housed in a former Chicago Belting Factory warehouse, will be refreshingly casual: Pizza East and Chicken Shop, both offshoots of London eateries. Also tucked into the six-story building is the Cowshed Spa, a 15,000-square-foot gym, an 80-foot outdoor pool on the deck, and a glass-enclosed rooftop bar.

On July 24, Le Méridien Chicago-Oakbrook Center lands in the suburb of Oak Brook, a 30-minute drive (without traffic) from downtown Chicago. Each room key designed by an artist doubles as admission to the nearby Elmhurst Art Museum. Two other posh perks at the 172-room hotel include a curated soundtrack (featuring Nouvelle Vague, a French Bossa Nova band) and a signature scent throughout.

Trump International Hotel & Tower Chicago has rolled out its luxury beach service, available through Labor Day. Hop in a chauffeured Cadillac to the Oak Street Beach with a Trump Chicago bag filled with sunscreen, plush beach towels, fresh fruit, and bottled water (plus beach toys for kids). Lunch orders and beach-chairs (with umbrella) can be tacked on, too. 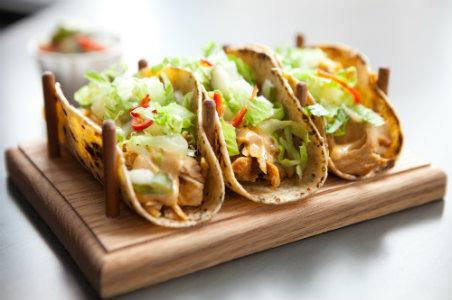 Patio season is in full swing, so what better time to try Acadia's new street-side patio in the South Loop? Bite into Sunday brunch dishes (Scotch egg with violet mustard, or the country-fried pork neck and eggs) from chef Ryan McCaskey at this Michelin-starred restaurant. Elle on the River (330 N. Wabash), part of the recently opened Langham Chicago, popped up in mid-May. Its patio is a stunner, with Chicago-skyline views between the State and Wabash bridges along the Chicago River. No-frills, Mediterranean-style tacos on roti flatbreads are accompanied by punch-bowl cocktails. Pre-loaded playlists in “jam boxes” allow diners to choose their own musical accompaniments. 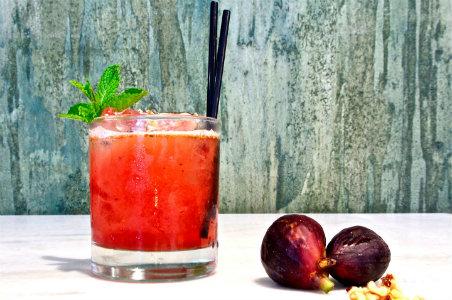 Inspired by the South of France, the 10,000-square-foot Fig & Olive is expected to open in July on tony Oak Street in the Gold Coast. A garden terrace and open kitchen are two design accents, while the menu features seafood and artisan cheeses.

Fresh off a $38-million renovation that includes 520 transformed rooms and a spray-can mural behind the check-in desk, W Chicago-Lakeshore Hotel on North Lake Shore Drive unveiled its Italian-inspired restaurant, CURRENT, in May. Executive Chef Gregory Elliott puts a new spin on seasonal dishes with modern accents—think a soft-boiled duck egg antipasti or risotto folded with sea-urchin butter. Another Italian-themed eatery is Ceres' Table, which relocated to East Lakeview in May. Beginning with cheese and charcuterie plates, the dinner menu launches into pizzas, pastas, antipasti, and hearty meat and fish dishes, from wild-boar pasta to Tasmanian trout.

Another newcomer is Yum Cha, which arrived in the growing Lakeshore East area (just north of Millennium Park) earlier this year, with dim sum and traditional dishes like Peking duck and Hong Kong-style sweet and sour pork. (Patio dining is available here, too.) Open since late May, Mas is a modern-Mexican eatery in the West Loop featuring innovative staples (try the tropical guacamole) brought together by chef Yanni Sanchez (formerly of Sabor Saveur). 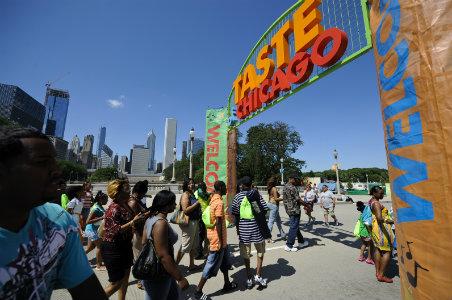 Foodies will want to flock to Grant Park for Taste of Chicago (July 9–13), the world's largest food festival, for samples from dozens of Chicago restaurants. For a peek at Restaurant Row, visit Taste of Randolph (June 13–15), which merges live music with tasty treats from local restaurants. As a prelude to September's Chicago Gourmet, the first-annual Paella Cook-Off, sponsored by Bon Appetit, puts a little more spice into an average evening at Mercat a la Planxa, chef Jose Garces' restaurant in the South Loop. On June 23 starting at 7 pm, pay $75 to sample paellas prepared competition-style by chefs representing seven restaurants, including Ada Street, Girl and the Goat, and Mercadito Hospitality. 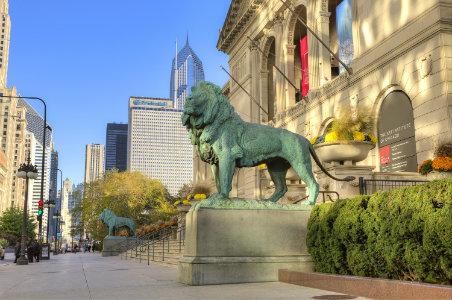 Opening to much fanfare at the Art Institute of Chicago beginning June 24, “Magritte: The Mystery of the Ordinary, 1926–1938,” documents the highest point of the Belgian Surrealist artist's career through paintings, collages, drawings, photographs, periodicals, and early commercial work. Meanwhile, the Museum of Contemporary Art hosts a retrospective of quirky sculptor Isa Genzken (through August 3). Visit on a Tuesday for free jazz performances on the terrace, accompanied by a dinner buffet ($25) topped off with innovative desserts like red velvet Twinkies. 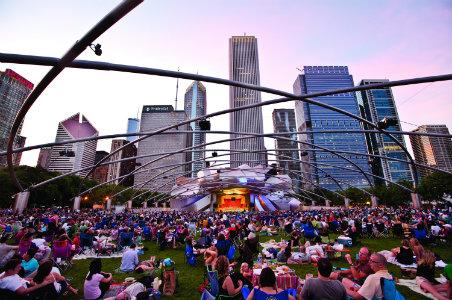 Year after year, summer is the season of outdoor festivals in Chicago. Lollapalooza (Aug. 1–3), hosts major musical acts like Lorde, The Head and the Heart, Outkast, and Eminem in Grant Park, but it's hardly the only event in town. Chicago is full of festivals on a smaller scale, all of which offer opportunities to explore different neighborhoods. Square Roots Festival (July 11-13) in Lincoln Square welcomes 60 musical acts along with Midwestern craft beers and plenty of noshing options. Grab a seat under the Frank Gehry-designed Jay Pritzker Pavilion in Millennium Park each Monday night this summer for its “Downtown Sound” series, featuring stars with Chicago roots, like Robbie Fulks and Russian Circles. Also on Monday night: an outdoor-film series at theWit's ROOF, airing flicks such as This is the End, Crazy Stupid Love, and Ghostbusters.