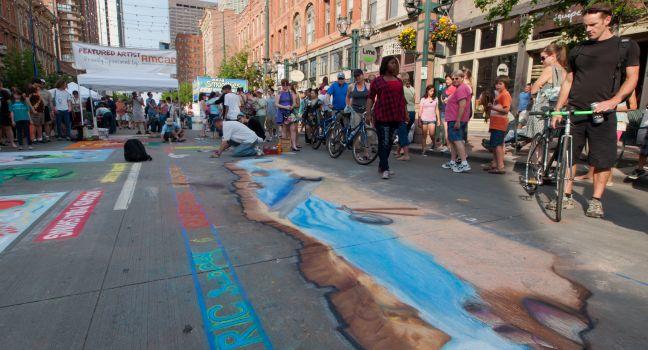 This square, on the oldest street in the city, was immortalized by Jack Kerouac in his seminal book On the Road. It was saved from the wrecker's ball by a determined preservationist in the 1960s, when the city went demolition-crazy in its eagerness to present a more youthful image. Much has changed since Kerouac's wanderings: Larimer Square's rough edges have been cleaned up in favor of upscale retail and chic restaurants. The Square has also become a serious late-night party district thanks to spillover from the expanded LoDo neighborhood and Rockies fans flowing out from the baseball stadium. Shops line the arched redbrick courtyards of Writer Square, one of Denver's most charming shopping districts.