Getting to Denver International Airport from downtown Denver has always been a trek, but earlier this year the city alleviated travelers’ headaches by introducing the new A Line of the Denver Airport Rail. For $9 each way, the train whisks visitors from the airport to downtown’s Denver Union Station in just 37 minutes. But the best part is getting off at one of the stops in between and exploring the surrounding area’s multitude of bars, restaurants, and shops. Here are a few must-see places along the journey that you won’t want to miss. 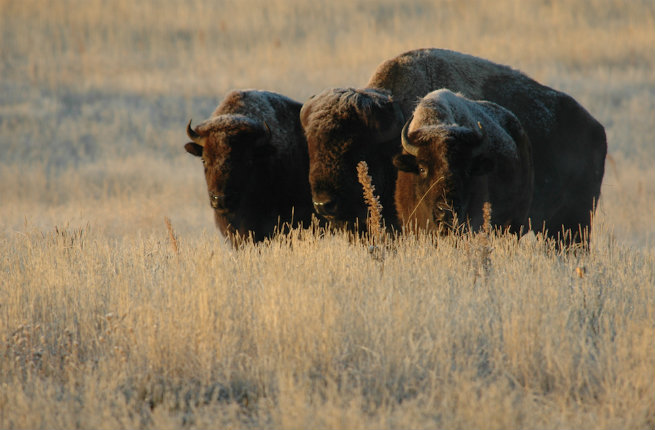 Although there’s not much within walking distance of this station, one of the first after leaving the airport, a quick Uber ride can fix that. Located a mile west is Station 26 Brewing Co., a local brewery with nearly a dozen beers on tap, including the Single Hop Simcoe IPA, bursting with aromas of pine and citrus. Seven minutes away sits The Shops at Northfield Stapleton, which houses an outpost of celebrity chef Richard Sandoval’s La Sandia, a cantina pouring more than 150 types of agave-based spirits. After devouring a plate of street tacos or fajitas, hitch a ride to the nearby Rocky Mountain Arsenal Wildlife Refuge, which contains 10 miles of hiking trails in a habitat inhabited by bison, mule deer, and more than 280 species of birds. Also, don’t miss the soon-to-open Stanley Marketplace, a two-story foodie paradise housed inside a former aviation plant that, when opened, will include more than 50 businesses, including a beer hall, doughnut shop, and barbecue joint. 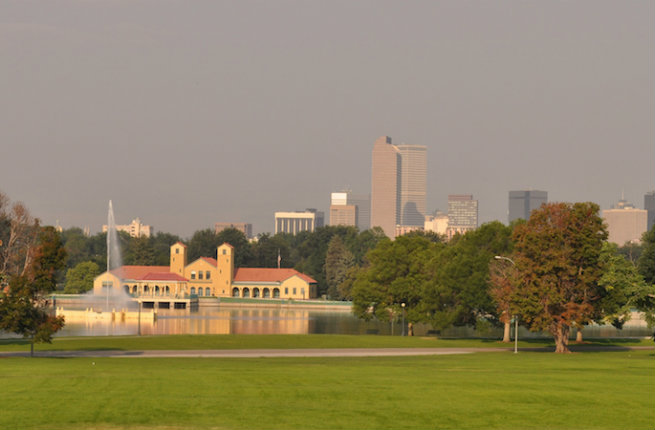 For a quick sugar fix, make the half-mile walk (see it as a way to make room for some calories) from the station south to the Church of Cupcakes, an award-winning cupcake shop known for nixing artificial ingredients in favor of cage-free eggs and organic butter and milk from pasture-raised cows. The result is a church-themed menu of flavorful cupcakes, like the lavender-and-honey-lemon-buttercream Bee-titude and Kindred Spirits, a vanilla cake topped with a dollop of chocolate buttercream. A 10-minute Uber ride is all it takes to visit a plethora of popular Denver outposts like the Denver Zoo and the Denver Museum of Nature & Science, both located within City Park. The sprawling regional park is home to numerous trails, athletic fields, lakes, and a phenomenal view of downtown. 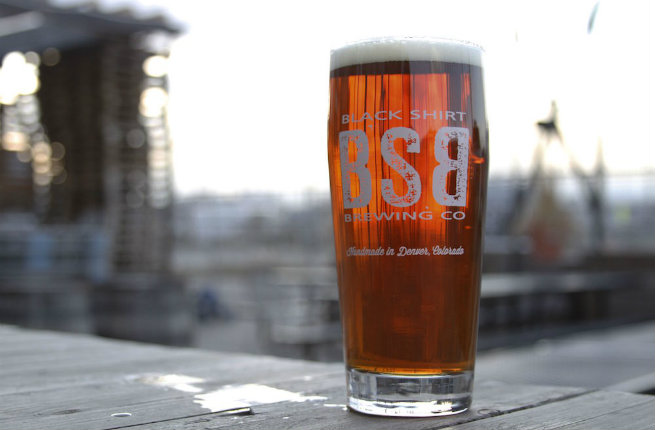 As the A-Line approaches downtown, you’ll find activities that are within a short walk from this station. Located a short walk away is a large concentration of breweries and taprooms, including Black Shirt Brewing Co., the Crooked Stave, and the new Blue Moon Brewing Company brewery and restaurant, which opened this summer in the city’s RiNo (River North Art District) neighborhood (the company was founded in Denver in 1995). While in RiNo, don’t miss out on of the art galleries, studio spaces, murals and boutiques. Another point of interest (although you’ll need an Uber to get there), is the Forney Museum of Transportation, which houses more than 600 artifacts related to transportation, including a Union Pacific “Big Boy” steam locomotive and Amelia Earhart’s 1923 Kissel “Gold Bug” roadster. 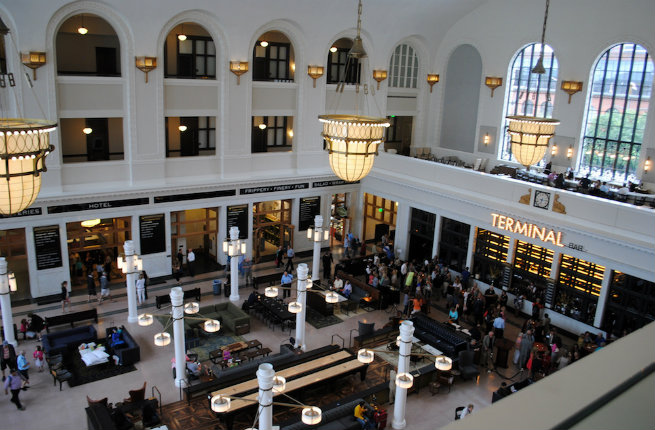 After undergoing a massive renovation, once again Union Station serves as the hub of downtown. Built in 1914, the historic landmark sat vacant until developers revitalized it into a fully operational train station complete with bars, restaurants, shops, a Saturday farmers’ market, Tattered Cover Book Store, and the 112-room Crawford Hotel. Dining options range from low to high end, and include Snooze, known for its extensive pancake offerings (with flavors like pineapple upside-down cake and Oreo); Mercantile Dining & Provisions, which focuses on dishes inspired by local produce; and the soon-to-open Ultreia, a tapas restaurant by James Beard Award–winning chef Jennifer Jasinski. Also new to the station is the Plaza Beer Garden, which joins the Terminal Bar and The Cooper Lounge (order the Rosette Punch, served in a copper pineapple) as places to imbibe before hopping on the train back to the airport.