Aspen and the Roaring Fork Valley 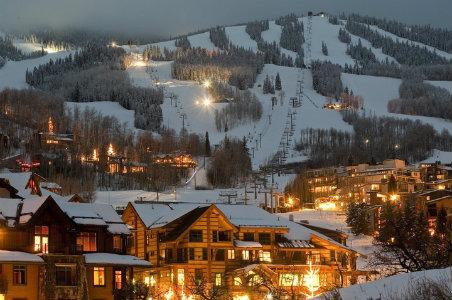 When it comes to ski towns, world-famous Aspen gets all the glory—and not just for the powder on the slopes. Aspen's glitzy downtown streets are lined with boutiques selling designer labels and restaurants that boast impressive wine lists. Yet just a 15-minute drive away, you'll find laid-back Snowmass Village (pop. 2,800). At an elevation of 8,000 feet, the town offers access to four mountains and 40 lifts for skiing and snowboarding: Snowmass, Buttermilk, Aspen Mountain, and Aspen Highlands. With three new luxury resorts, a spa, and plenty of restaurants, the après-ski scene here has never looked so fine. 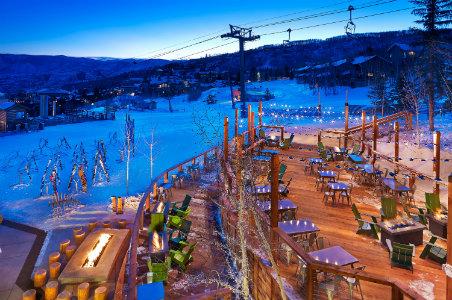 After landing at Aspen-Pitkin County Airport and driving the short 15-minute trip to your hotel, enjoy a cold beer with light snacks at the New Belgium Ranger Station, located on the ground level of The Westin Snowmass Resort. Tapping into Colorado’s craft-beer craze, a flight of beers (including the flagship Fat Tire) comes on a plank of wood, while noshing options include baked Bavarian-style pretzel rolls with dipping sauces like organic hazelnut cocoa or Creole mustard. Outdoor seating around fire pits offers a view of the sunset.

Next, walk down the hill to Wildwood Snowmass—The Westin Snowmass’s hotel within a hotel that's also home to The Bar at Wildwood. Featuring mod décor and a deer head above the fireplace that's wrapped in a Fair Isle sweater, the bar pairs classic cocktails with Asian-inspired eats including BBQ pork-belly flatbread pizza and Kobe-beef sliders. Don’t stay out too late, though: Come sunrise, the slopes are calling. 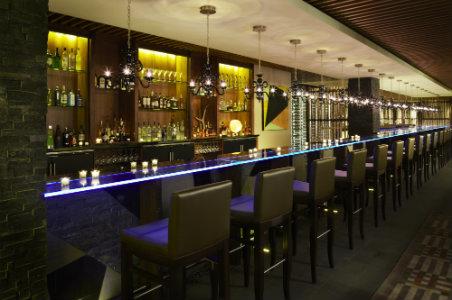 Before starting your last full day of skiing bright and early, enjoy a superfood-fueled breakfast at Snowmass Kitchen on The Westin Snowmass Resort’s lower level, where a wall of windows overlooks Snowmass Mountain and Roaring Fork Valley. Rent skis from a shop inside the resort, slip out of your daytime shoes, and you’re on the slopes within minutes. At the end of the day, you'll be able to store your skis and boots in the shop free of charge.

Break for a late lunch (or après-ski hour from 3 pm to 6 pm, with DJ tunes and Latin-inspired snacks) at Venga Venga Cantina & Tequila Bar, a Richard Sandoval restaurant that overlooks the ski lifts. Fine-quality Mexican cuisine—from iron-skillet fajitas to marinated-pork-and-grilled-pineapple tacos—are served outside around fire pits, under heat lamps on an outdoor elevated platform, or inside. Dig into the region’s history with a visit to the Snowmass Ice Age Discovery Center, tucked into the outdoor Snowmass Village Mall near the Patagonia store. The free museum houses mastodon and Columbian mammoth fossils, and it's open daily from 10 am to 5 pm. 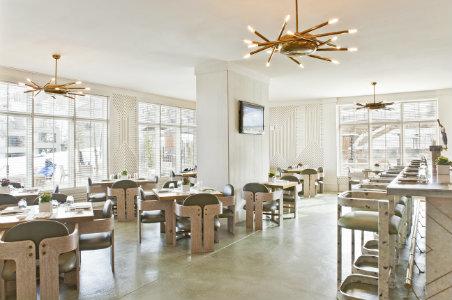 Before dinner, give those sore muscles a rub-down at the Snowmass Spa, where options include a hot-stone massage with heated Basalt stones. Short on time? Free chair massages are offered in the resort’s lobby every afternoon.

Wind down later with oysters and steak at brand-new Eight K (a reference to the local elevation) in the Viceroy Snowmass hotel. Pre-oysters, sip wine at the Viceroy's lobby bar, where bottles are stored in a glass wall, or at the hotel's recently opened gastropub, Nest Public House. Designed by Kelly Wearstler (designer of hotel interiors at Viceroy Anguilla and Avalon in Beverly Hills), Nest features 45 Colorado craft beers. 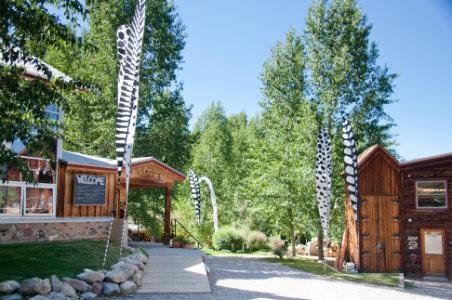 For a break from the powder, give your mind a workout at the nearby Anderson Ranch Arts Center. Its residency program attracts artists from around North America, and visitors can enjoy exhibits of art, furnishings, and design or enroll in short-term workshops and other programming.

Not flying out until Monday? Now that weekend skiers have left, take advantage of smaller crowds with another visit to Snowmass Kitchen for Northern Italian-inspired dinner and Colorado game meats, or for upscale ramen dishes at Double Black Noodle Bar, which opened in late January. For a proper nightcap, sip next to a fireplace at the View Lounge, where mixologists tinker with seasonal ingredients to create unique cocktails. 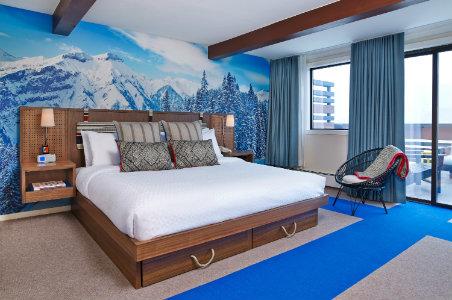 While there are hundreds of condos to rent, there are only four full-service hotels in Snowmass Village—three of which are high-end, boasting ski-in-ski-out access and dining on-site. The Westin Snowmass Resort, a 254-room, eight-story property with ski-in, ski-out access, opened in November 2012 and is closest to the lifts.

Wildwood Snowmass, a hotel-within-a-hotel concept at The Westin, features 145 rooms (plus six suites) and a midcentury-modern vibe.

The Stonebridge Inn is also a short walk to the slopes, with 92 rooms, a spa partner, and a restaurant.

High season for Snowmass Village is when the powder is thick: starting around Thanksgiving and lasting until the end of March. The slopes stay open until early- to mid-April, depending on each mountain’s conditions. Average daytime temperatures during the winter months are in the 30s and 40s.

HOW TO GET THERE

A steady stream of flights on United Airlines, American Airlines, and Delta Air Lines operate in and out of Aspen-Pitkin County Airport during the winter months, from Los Angeles, Houston, Chicago O’Hare, Atlanta, and Dallas. Flying from Denver’s airport to Snowmass is a quick 45-minute flight. Enjoy The Westin Snowmass Resort's complimentary airport-shuttle service, or hop into a Colorado Mountain Express van at Denver International Airport for a chauffeured trip (from $118 to $125 per person). A free shuttle system takes passengers between Aspen and Snowmass Village.

Kristine Hansen is a freelance writer based in Milwaukee where she reports on food, wine, and travel topics around the globe for Fodors.com, along with new-hotel openings. She also writes for Wine Enthusiast, TIME, Whole Living and American Way. In 2006 she co-authored The Complete Idiot's Guide to Coffee and Tea (Alpha Books/Penguin). You can follow her on Twitter @kristineahansen or through her website.