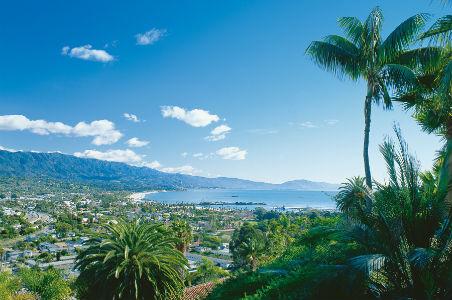 Several Oscar nominees plus other celebs and hundreds of film fans will soon flock to the 29th annual Santa Barbara International Film Festival, slated for January 30–February 9, 2014. Often called the American Riviera, Santa Barbara is a scenic city of 90,000 located about 90 miles north of Los Angeles. It turns into a mini-Cannes during the eleven-day festival, one of the nation’s premier cinematic events. One major draw is a series of tributes honoring the best in the business. Honorees for 2014 include Oprah Winfrey (a part-time Santa Barbara resident), Emma Thompson, Cate Blanchett, Martin Scorsese, Leonardo DiCaprio, Robert Redford, and Jared Leto, among others.

Apart from the festival, there’s plenty to do in and around town. Some people mistakenly assume that Santa Barbara, with its rich and famous residents, must be a pricey place to stay. But bargains abound, especially during the film festival and throughout the winter months. Now’s a great time to visit: streets are much less crowded than in summer’s high season, rates are the lowest of the year, and the weather’s usually balmy and fog-free.

What to Do at the Film Festival 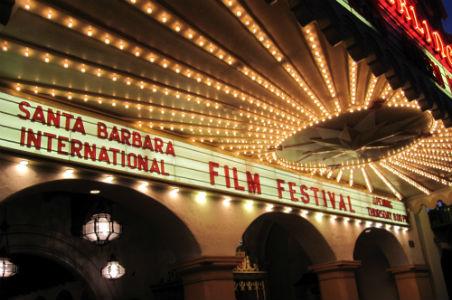 Go to the movies and get the inside scoop from industry experts.

The schedule includes nearly 200 films from 60 nations. Panel discussions on stage at the historic Lobero Theatre—producers, writers, directors, women, and VFX technology—share tips and insider views of the film industry ($38 per panel).

Celebrate a celebrity—up close and personal.

Attend an evening tribute at the Arlington Theatre, for example, the Outstanding Performer of the Year Award for Cate Blanchett or Outstanding Director of the Year Award for American Hustle director David O. Russell (tickets $20 to $35). Insider Tip: Get close to the red carpet viewing action at the Arlington Theatre entrance. State Street is blocked off to cars, and you can stand near the roped off area where stars exit their limos and walk to the media interview area.

Individual admission tickets are only available for panels, tributes, and opening and closing night films. Buy “minipaks” of either four or ten tickets, or one of several festival pass options ($325 and up). Or choose a package designed for festival newbies that includes two tickets to the opening and closing night films and galas plus eight additional film tickets ($250).

What to Do in Santa Barbara 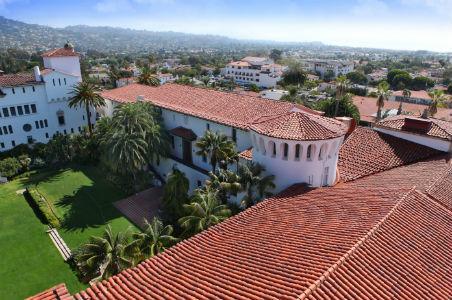 It’s easy to explore during the festival, as most venues are located in the downtown historic and cultural arts districts. The magnificent Moorish-influenced Santa Barbara County Courthouse, El Presidio State Historic Park, and the Santa Barbara Museum of Art are all steps from the movie theaters, and Stearns Wharf, Mission Santa Barbara, and the waterfront are just a quick ride away via electric shuttle or bus. Wander around the eclectic Funk Zone near the waterfront, where a slew of new tasting rooms, restaurants, and merchants opened in summer and fall 2013. Follow the Urban Wine Trail to more than 20 wine tasting rooms, mostly concentrated in the Funk Zone. A trio of tasting rooms—Au Bon Climat, Margerum Wine Company, and Grassini Family Vineyards—cluster in El Paseo near the Lobero Theatre, and Sanford Winery & Vineyards recently opened a new tasting room in La Arcada near the Arlington Theatre.

Graze your way through local bounty during the festival’s coinciding Film Feast, when 35 restaurants and tasting rooms offer value-laden prix fixe menus and tasting flights designed around a “made in Santa Barbara” theme. At wine bar Les Marchands, don a blindfold and sip your way through SOMM II: The Sequel, led by master sommelier Brian McClintic (a star in the 2012 documentary SOMM), and his expert team. Listen to Irish folk music at La Arcada Bistro while dining on dishes inspired by actor Jeff Bridges (a local resident) and his character, Rooster Cogburn, in True Grit. Go locavore at The Lark, where Central Coast ingredients take center stage. 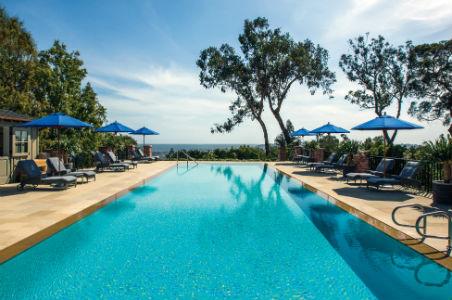 The Film Feast also rolls out 16 specially designed hotel packages. Stay two nights at the posh Four Seasons Resort The Biltmore Santa Barbara and get the third night free. The Sideways bundle at Hotel Indigo includes two Urban Wine Trail passes and a bottle of local wine. Rooms at El Encanto come with a $60 daily breakfast credit and a chef’s seasonal tasting menu for two. The “Lights, Camera, Action!” collection at the Upham offers champagne and chocolate on arrival, plus a $50 gift certificate to the on-site Louie’s restaurant.

Cheryl Crabtree is a freelance writer and Santa Barbara resident. She has contributed to Fodor’s Calfornia guidebook and online content since 2003. Cheryl also authors mobile travel apps and edits Montecito Magazine. Her articles have appeared in many regional and national publications, including US Airways' in-flight magazine and Santa Barbara Seasons.