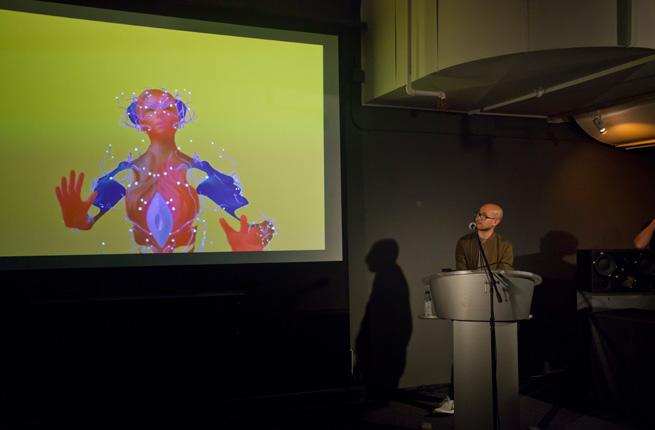 “I’m fond of extremes,” says Björk in response to an audience question about her upcoming performance at Los Angeles’ Walt Disney Concert Hall. She’s talking to a room of reporters in Downtown LA at the Magic Box at the Reef for the opening of her Björk Digital exhibition. She’s not in the room per se; she’s projected onto the wall as an avatar, hooked up to motion capture sensors so that when she waves to us from Manhattan, we can see it all the way in Los Angeles.

On May 30, the Icelandic icon will perform with a 32-piece orchestra led by Bjarni Frímann Bjarnason as part of the LA Philharmonic’s Reykjavik festival, which brought artists like Sigur Rós and more Icelandic bands to the stage. And while Björk’s art is half experimental music, half mind-bending visuals, for this particular performance she’s decided to forgo the visual aspect. “It’s just all about the ears,” she tells us. 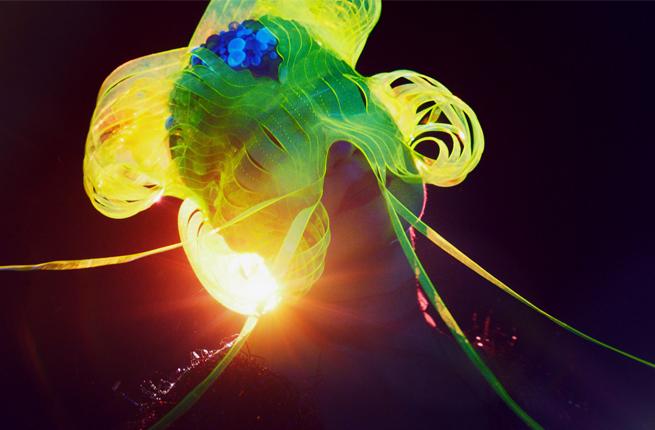 For an experience that’s an assault on all of your senses, though, Björk Digital (also part of the Reykjavik festival) has you covered. Open now through June 4, the exhibition features several of Björk’s music videos in ways you’ve never experienced them before. Walk beside the artist in an intimidating candy-colored digital wonderland and shoot light from your holographic arms; look around a vacant stone beach in Iceland while two Björks dance around you; take in the artist’s songs and videos in a cinema setting. The exhibit features videos for “Black Lake” and “Stonemilker,” (from her 2015 album, Vulnicura) both directed by Andrew Thomas Huang, and the world premiere of “Notget,” directed by Warren Du Preez and Nick Thornton Jones, with costumes and creative direction by James Merry and Björk. 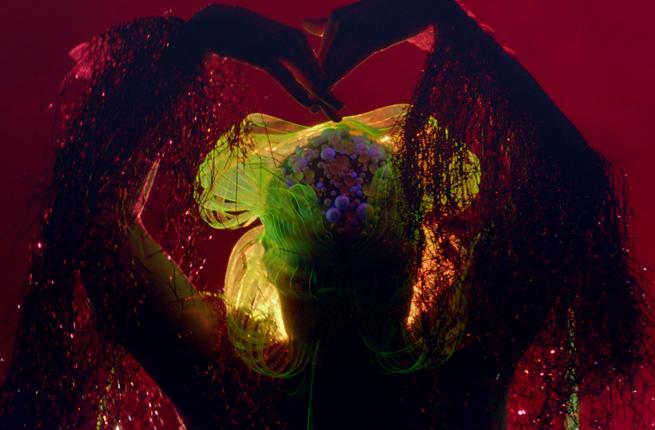 The virtual reality exhibit, which has traveled from Tokyo and London, is an imaginative combination of music and tech, and proves the ’90s icon’s relevance in the current media landscape; or maybe it just proves that whatever Björk does, people will watch and listen. “VR is, in certain ways, even more intimate than a concert,” she says (watching her “mouth mantra” video through a VR headset drives this theory home). “They’re different ways of communicating.” 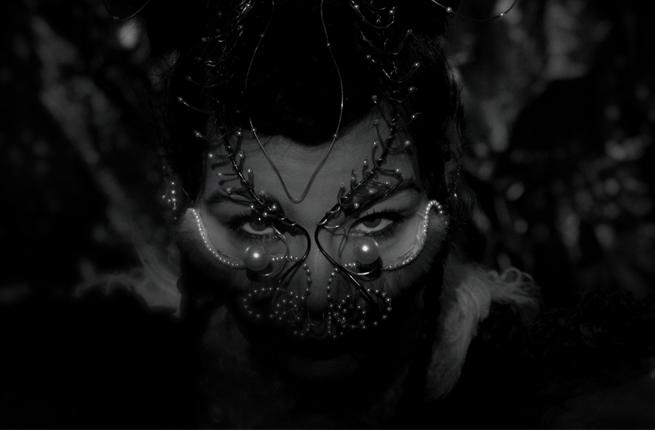 Tickets to the exhibit are on sale now. See her live at FYF this summer.