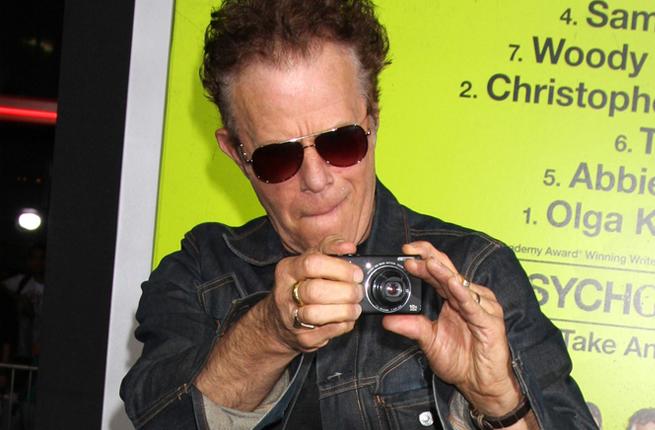 Crawling Down Cahuenga: Tom Waits’ L.A. is the definitive bus and walking tour of locations relevant to luminary singer/songwriter Tom Waits, who spent a healthy chunk of his wild years in the city. The tour, operated by Waits aficionado David Smay, takes guests through an exhaustively well-researched gauntlet of Tom’s stomping grounds—from Skid Row to West Hollywood and all the places in between upon which Waits left his mark (and all the places that left their mark on him, like Zoetrope Studios, where Tom met his wife, muse, and creative partner Kathleen Brennan.) We sat down to talk with Smay about Tom Waits, the genesis of music within the stucco sprawl of Los Angeles, and the fading mythology of the city that’s still there if you know how to squint. 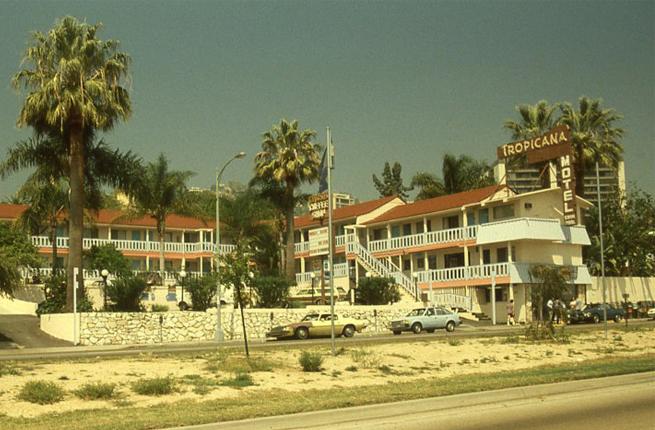 DM: Most of his songs about Los Angeles are very detailed and different from the other songwriters of the era, who were living up in the Canyon and he was down in the city, so almost everything before Kathleen Brennan talked about the Los Angeles he was living in. So many albums came out of the period in which he was living in the Tropicana, like Small Change and Blue Valentine, and once you get to Nighthawks at The Diner, you’re getting a street-by-street accounting of Los Angeles. And after he makes the big transition with Swordfishtrombones, when he’s first with [Kathleen Brennan], he goes to New York and comes back to LA, so the Frank’s Wild Years trilogy is bracketed with Los Angeles. And that’s something we address during the tour when we go through Silverlake, which was the last neighborhood he lived in before he left Los Angeles, and the song “In The Neighborhood” is one of several songs written about this different area of Los Angeles than when he was sort of living in the bars. So there’s definitely an ‘after Kathleen’ period, after he had kids and before he moved out.

Tom Waits has always been very fixated on location and geography in his songs; he once said in an interview that, “All songs should have weather in them. Names of towns and streets, and they should have a couple of sailors. I think those are just song prerequisites.” Would Tom have been the same artist if he’d spent the early part of his career in Omaha or Seattle?

I don’t think he would have been shaped the same way. There’s this polyglot influence in his work very early on—he was born in Whittier, which is near Los Angeles, but he grew up in National City, which is basically a Navy town part of San Diego. He used to work at an Italian restaurant that had a Mexican cinema across the street and a Chinese tattoo parlor across the street. So that mixture of things, that port town quality, is a really big part of his aesthetic. So he would have felt very out of place in Omaha, I think. He would have lit out for the territories as soon as possible.

Are there any current locations in Los Angeles that you think deserve immortalization in a Tom Waits song? Do you ever hear about some wild new place and wonder if Tom knows about it? 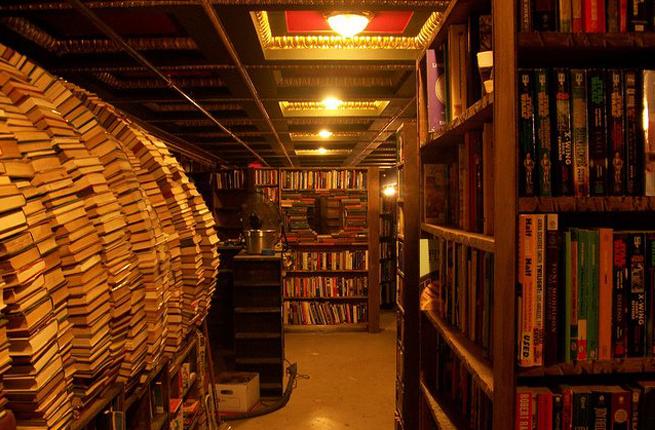 I don’t know if you’ve been to The Last Bookstore in Los Angeles, but it’s a very Waitsian environment. There’s an artist there who does these sort of Cornell objects, these found pieces that are reconstructed, and to me, that’s like walking into a Tom Waits song. And they’ve revived Clifton’s Cafeteria, which is a part of Tom Waits’ history, only now instead of a Tiki theme, there’s a Pacific Northwest theme, so it’s got redwoods instead of palm trees. A lot of downtown is still pretty Waitsian; it’s changed a lot in the 10 years that I’ve been doing the tour, and it used to be sort of set in amber from when they built the freeways and turned off the trolley cars. It’s definitely gotten gentrified down there, but you’ll still pass these beautiful old art deco buildings and instead of being a department store on the inside, you’ll see these Blade Runner kind of bazaars of people just selling stuff out of carts, so there’s a weird funk downtown that hasn’t been completely eradicated yet.

Los Angeles has so much history and character. Do you think that the spots on the tour are fascinating because Tom was there, or were they so fascinating that they became part of Tom’s mythology?

With the tours that I do with Kim and Richard, they’re so informed by layers and layers of history. When you’re talking about the street, you’re talking about the physical space and what was there before and there before, and that’s what they’re so good at—they know the historical context, but they also know the political context, what was happening musically and what was happening with the corruption and scandals of the period. It’s been revelatory for me to experience the history in the way that they do it. They’ll research by talking to hotel managers and interviewing people like the grandchildren of crime victims, for example. But Tom Waits definitely mythologized a lot of Los Angeles and a Los Angeles-specific aesthetic, one that you have to watch movies like Barfly or The Killing of a Chinese Bookie by Cassavetes to get a sense of because a lot of that vibe has disappeared. There’s a hotel bar that he talks about in his songs that was also the place that Judy Garland used to sing at when she was a kid, so he ties up Hollywood history and music history together. It’s pretty fascinating when you get that angle on things.

There’s a writer and performer called Pleasant Gehman, who came up during the punk scene in the late 70s, and she had this great spoken word piece at a Latina drag bar called “Las Estrellas,” and there was such a sense of danger in it—guys with jackknives on their belts, and twinkling Christmas lights, and only her closest friends got to see this performance at the drag bar. There was a seediness to it that’s not quite there anymore as L.A. has gotten more Disneyfied.

How do people respond to the tour? Is it mostly diehard Tom Waits fans, or have you had the pleasure of getting a curious tourist into Tom Waits’ history?

I’ve had people fly in from across the country to do the tour because I only do it once a year, so of course we have diehard fans, but I just had people who were in town for the week, and one guy said “Well, I don’t know much about Tom Waits' music, but it seems interesting. He seems like the West Coast Billy Joel!” So I love doing the tour because you’re hanging out with Tom Waits fans, people who love him as much as you do, so it attracts a person with a certain kind of sensibility. I’ve met people who have seen the band production of the stage show, Alice, that only had five shows, and it’s the only production that’s been in the States. I’ve met people who’ve worked on stage productions of Frank’s Wild Years at Steppenwolf. So I talk as much as I can when we stop at Canter’s Deli in the middle of the tour and I try to get their stories. 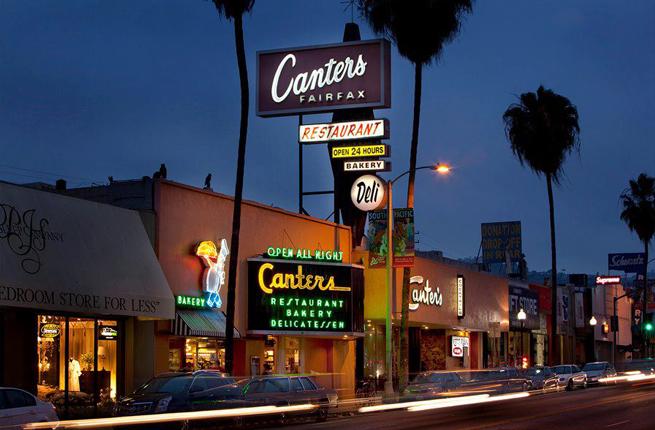