We've adjusted our iconic Ultimate Guides to cater to the current state of the world. So, you’re going to Hollywood (your living room)!

Los Angeles is one of the biggest, most-visited cities in the U.S., and because of that, it’s not exactly the best place to see and explore right now. However! There are other ways you can transport yourself to the City of Angels without even opening your front door. The forecast will surely be sunny at some point in the next few days, so that’s a start! Here are a few other things you can do to make yourself feel like an Angelino. 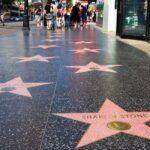 RELATED STORY
35 Ultimate Things to Do in Los Angeles 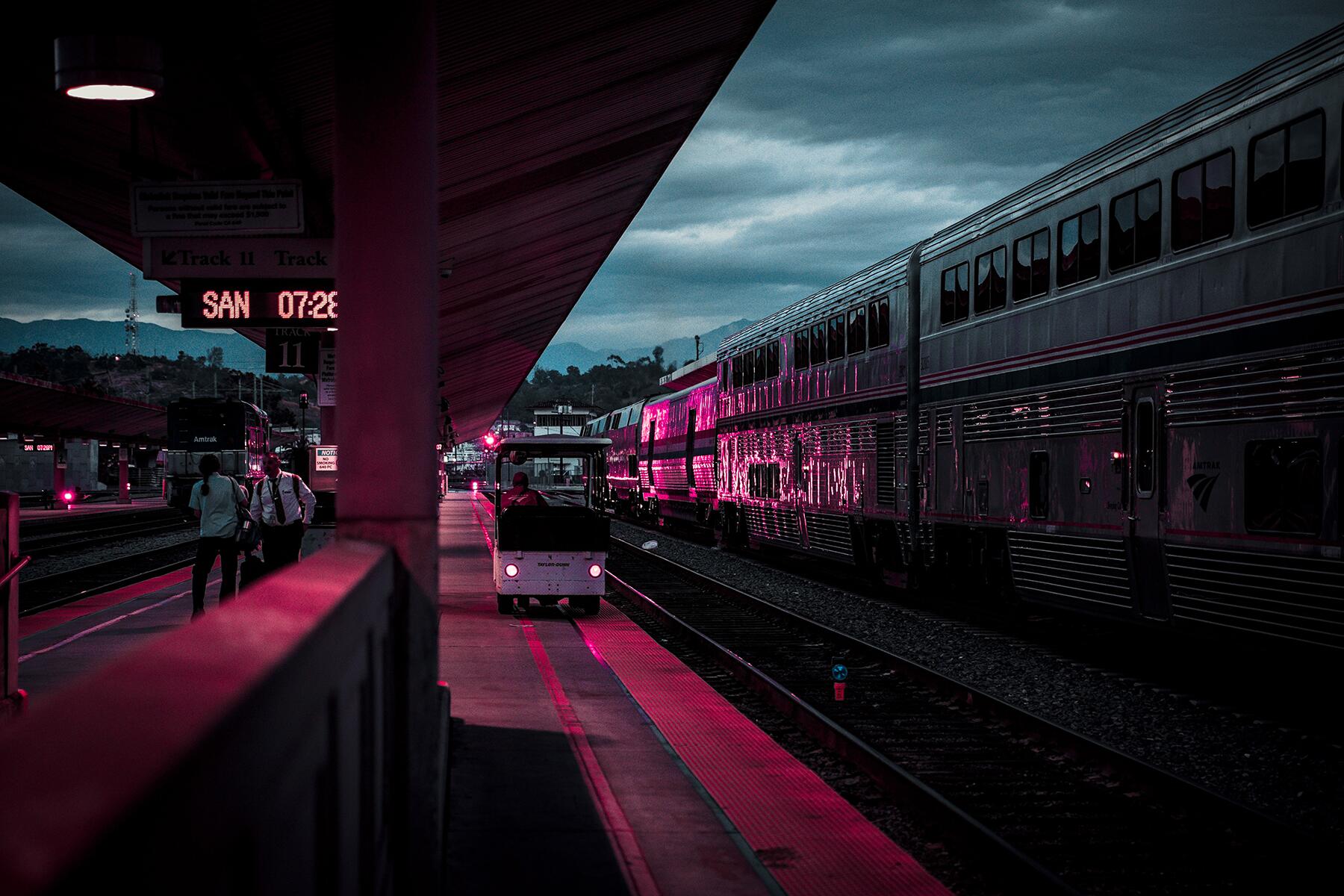 PHOTO: Andre Benz on Unsplash
1 OF 10

One of the biggest drawbacks to Los Angeles is the traffic; it’s among the worst in the world. So, because we spend so much time in our cars, a distraction is a necessity if we want to keep our sanity. That’s where podcasts come in (and thank god). We’re devoted listeners of such shows as, Who? Weekly, a bi-weekly breakdown of what’s happening in Hollywood based on the “Them’s” (A-List, household names) and the “Who’s” (not-A-list, not-household names); To Live and Die in L.A., a true-crime tale involving a young actress who mysteriously vanished near her apartment in Hollywood, but when a journalist is hired to investigate, the case is deeper than anyone could’ve imaged; You Must Remember This, a walk down Hollywood’s memory lane, navigated by Karina Longworth with such guest stars as Fred Savage and Taran Killam; and The Hidden History of Los Angeles, which explores, you guessed it, lesser-known, surprisingly dynamic areas of the city. 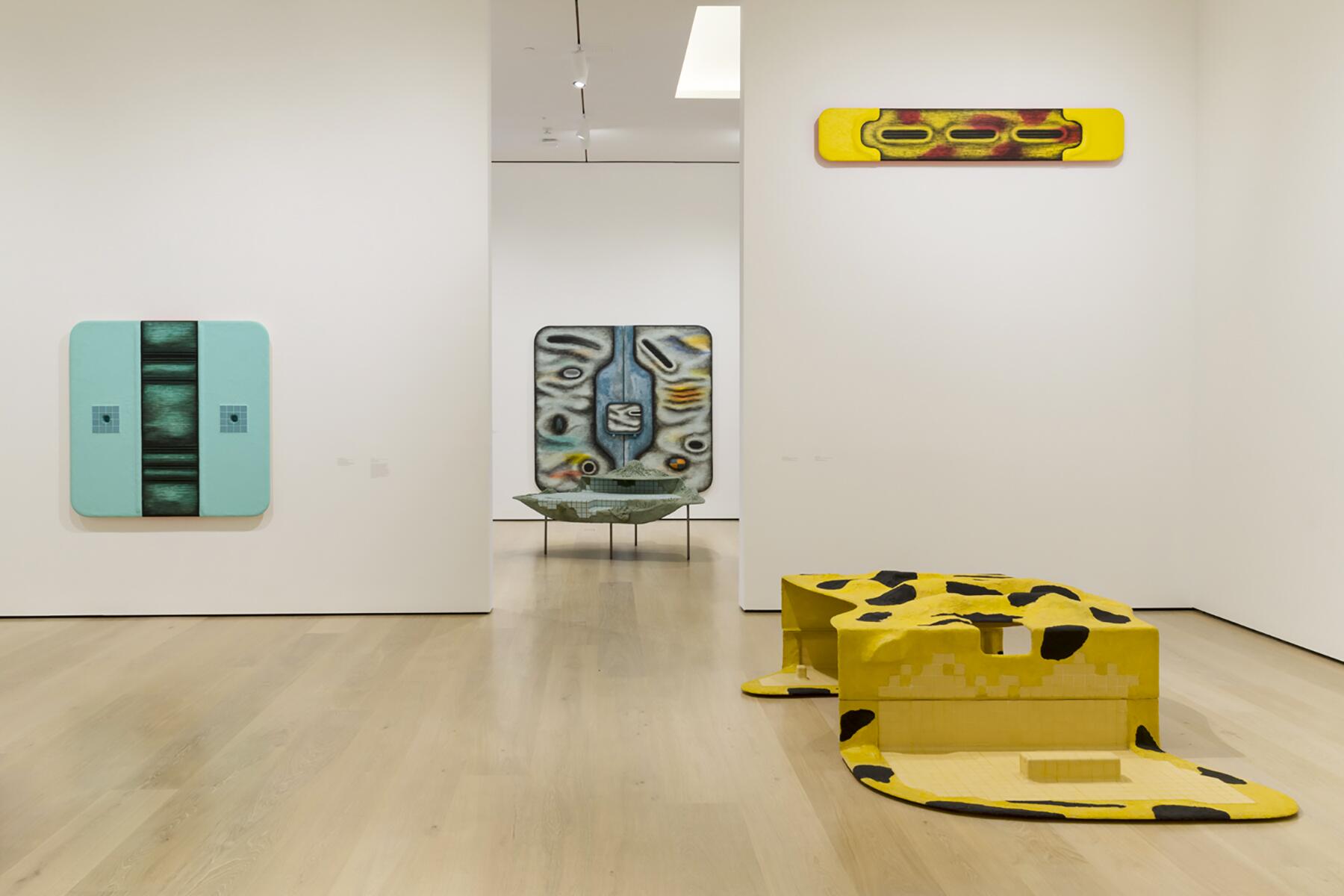 Los Angeles is a bit of an underrated metropolis when it comes to solidifying its place as a major art destination—it may not be New York City, but there are plenty of exhibits at any one given time that’ll dazzle your eyes and ears. Museums like ICA L.A., The Hammer Museum, the Grammy Museum, and MOCA are all currently offering virtual tours online and are going a long way toward establishing the city as a must-see when it comes to art events. While it’s not technically a tour, The Broad is also offering unique insight into its contents during this time, including a “Family Workshops at Home” series which provides tutorials for creating artworks inspired by artists from The Broad collection. Additionally, the California African American Museum is hosting (online) dance parties and conversations with artists and the Skirball Cultural Center is offering a behind-the-scenes look at several of its collections. 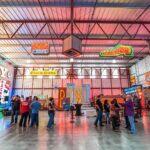 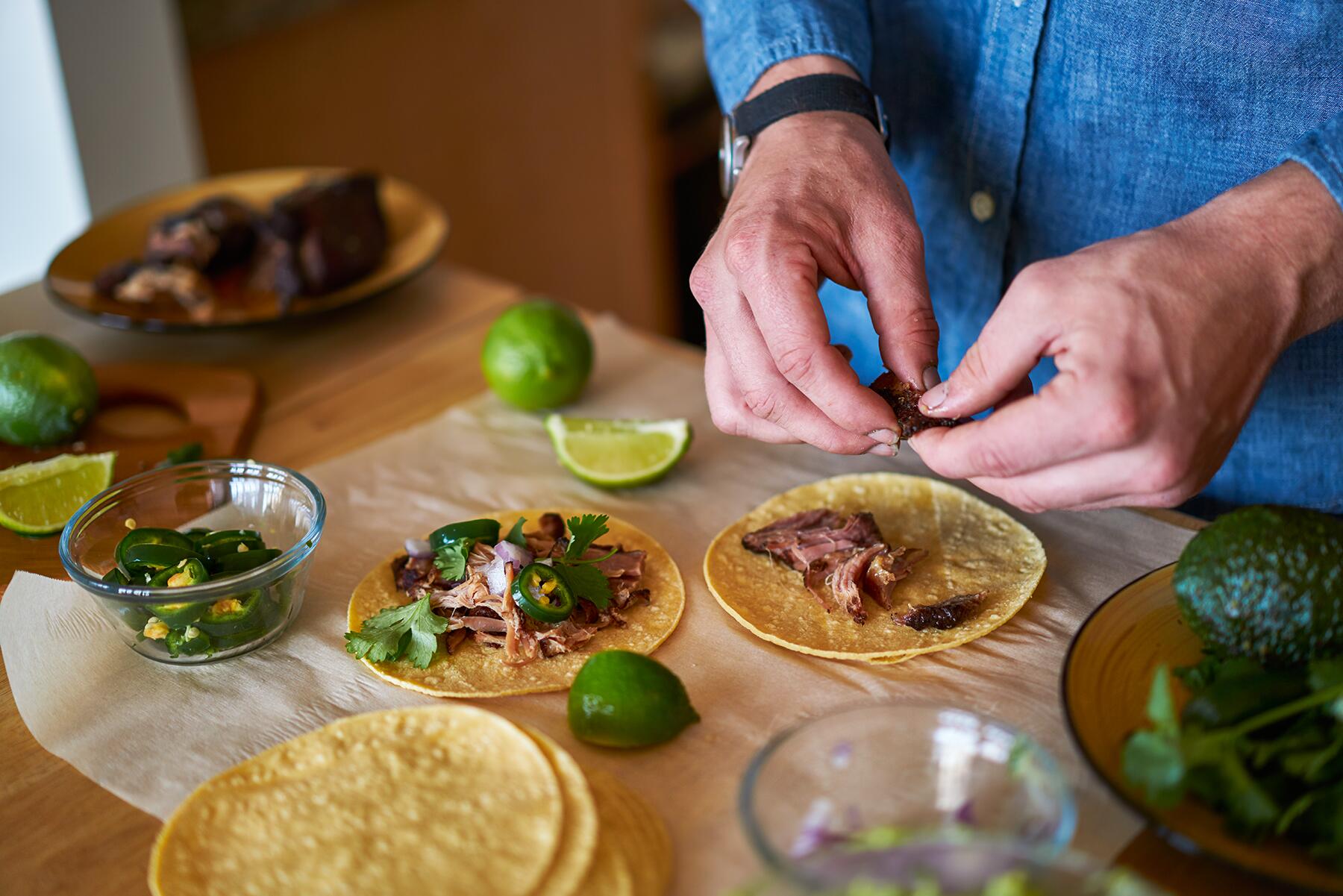 Some of the best cuisine you’ll likely indulge in L.A. comes by way of parked vehicles. Most notably, we love common food truck dishes like a pulled pork and/or a carne asada taco, a juicy burger, or a chili cheese dog (which are also an L.A. staple courtesy of Tommy’s), and perhaps most interestingly, donuts (which L.A. Donut so exquisitely dishes out). All are relatively easy to whip up and don’t require that much roaming at your local grocery store. The less time spent outside right now, the better! 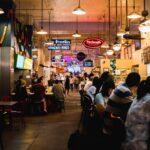 RELATED STORY
10 Things to Eat and Drink in Los Angeles 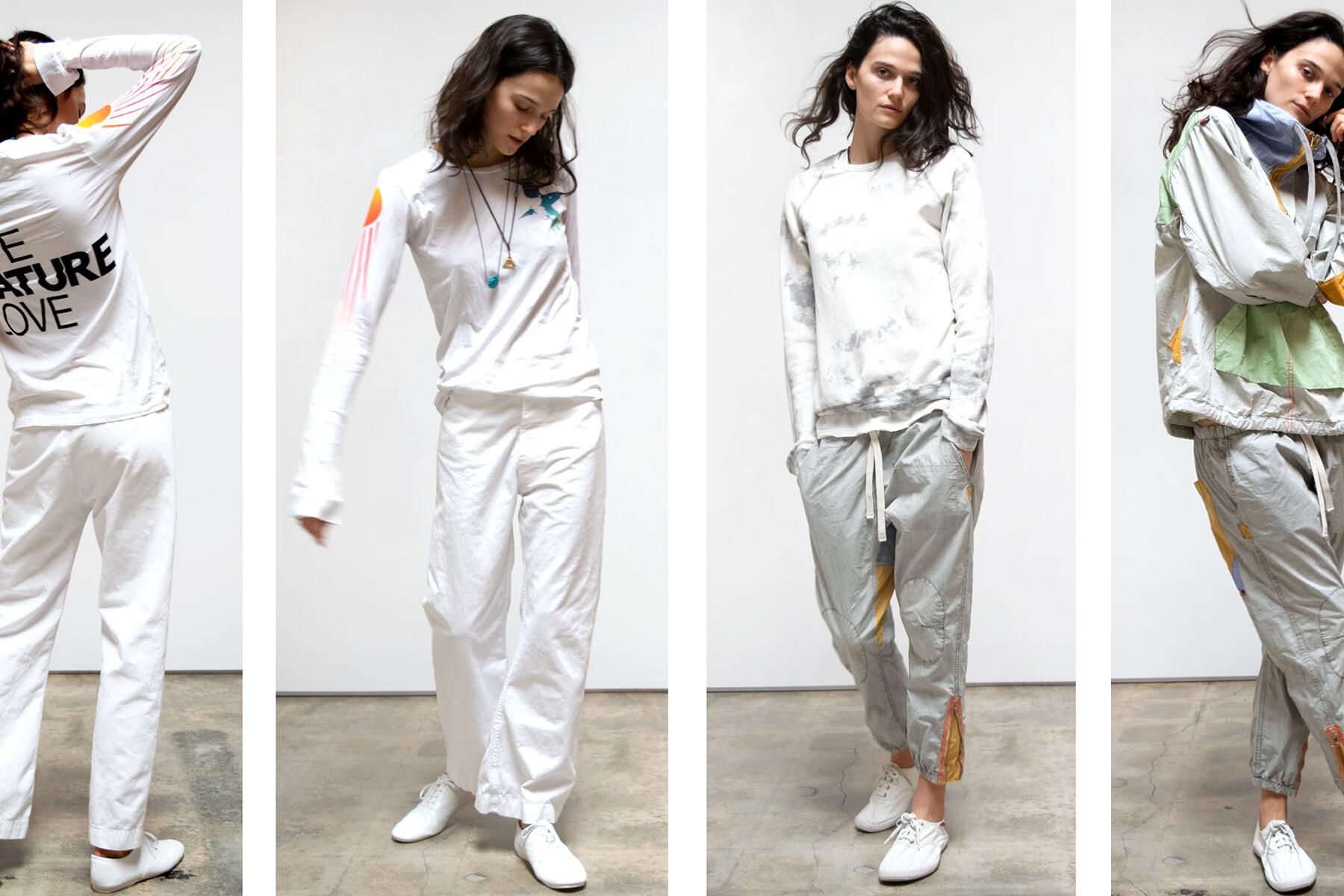 Check out These L.A. Shops (Online) and Fill Your Cart to the Brim

Bright, West Coast weather obviously calls for bathing suits and light/breezy attire that can often be worn in some form or fashion year-round. Another L.A. go-to? Workout gear. Popular L.A.-based brands where you can find such products include Fred Segal, Reformation, Free City, and Beverly Beach by Dorit (you might recognize the name of that last business from The Real Housewives of Beverly Hills. We’re fans, and you could have worse things on in the background while you’re in the middle of a shopping spree). 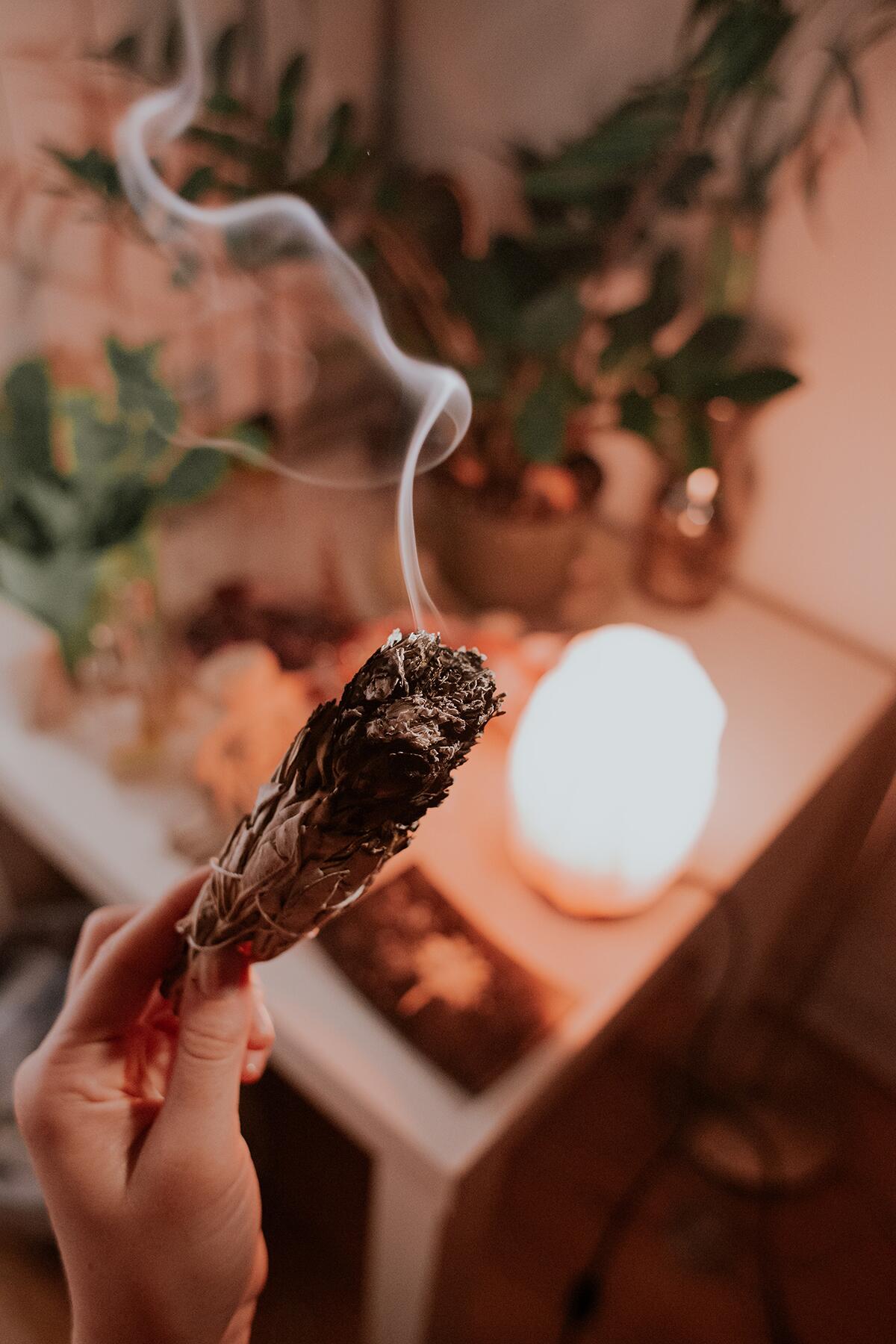 Cleanse Your Aura/Bring Good Vibes Into Your Home

There are more ways to getting clean right now than just via antibacterial wipes and hand sanitizer. L.A.-based new age boutiques like House of Intuition, The Crystal Matrix, and Nu-Botanics all offer sage, crystals, candles, and more on their websites for those who want to give themselves and the space they’re currently holed up in a little extra…glow, if you will. If your resources are limited, you can also DIY your own smudge; you’ll mainly need sage, rose petals, twine, and lavender. 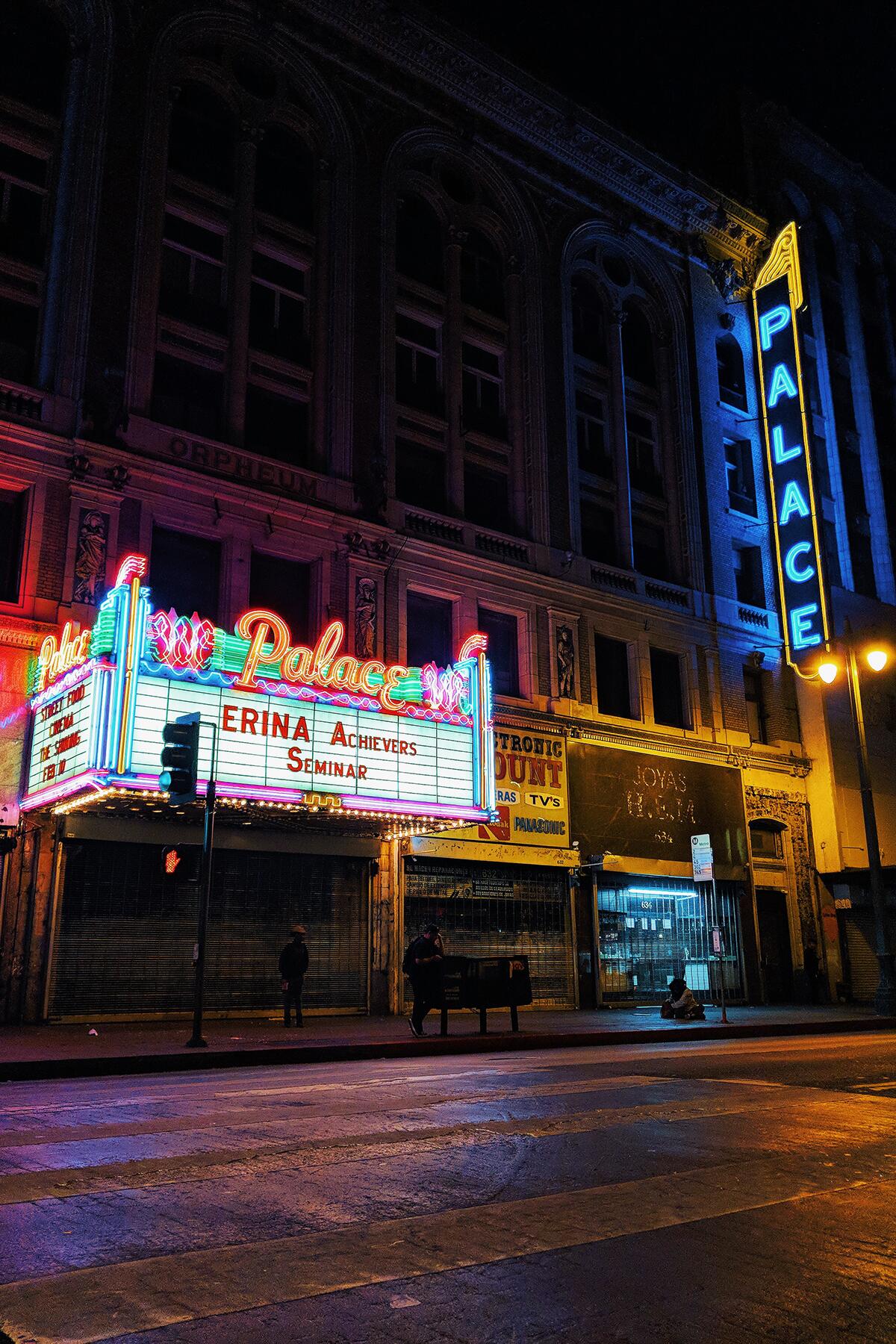 PHOTO: Anthony Aguilar on Unsplash
6 OF 10

Explore L.A. With Your Favorite TV and Movies

You knew this slide was coming. C’mon—it’s L.A.! If you’re looking for a classic noir, seek out L.A. Confidential; if you’re in the mood for a more self-aware, coming-of-age romp that’s very much of its time, it doesn’t get better than Clueless; All American, which uses a variety of L.A. neighborhoods as its backdrop, will satiate your need for an angsty, young adult drama; Curb Your Enthusiasm is a go-to for irreverent laughs; Singin’ in the Rain will obviously please TCM and musical die-hards; Mulholland Dr. is tailor-made for movie buffs and those looking for a first-class head trip that offers commentary on just how far this city can push people; and check out Drive if you’re in the market for a stylish, revenge thriller with a killer soundtrack. 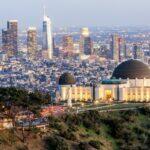 RELATED STORY
13 Famous Movie Landmarks You Can See in L.A. 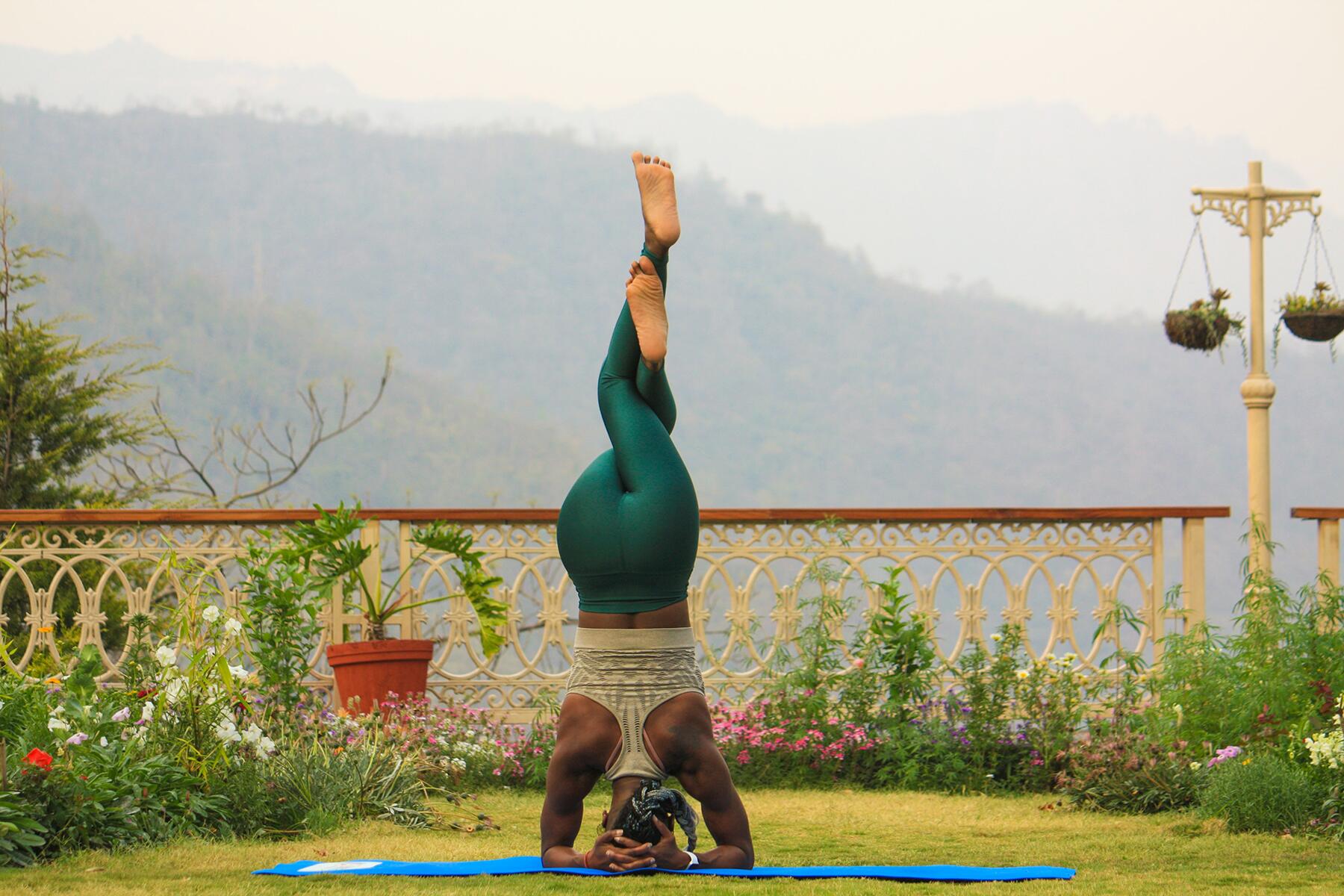 PHOTO: rishikesh yogpeeth on Unsplash
7 OF 10

If there’s one thing L.A.’s associated with other than the entertainment industry, it’s the health/wellness industry. We’re talking meditation, home workouts (no weights required!), and satisfying smoothies. Now’s as good a time as any to remember that you should pause and take a deep breath—it decreases stress and improves immunity! “Your body is a temple, and you must treat it as such.” – Every other L.A.-based trainer via Instagram. 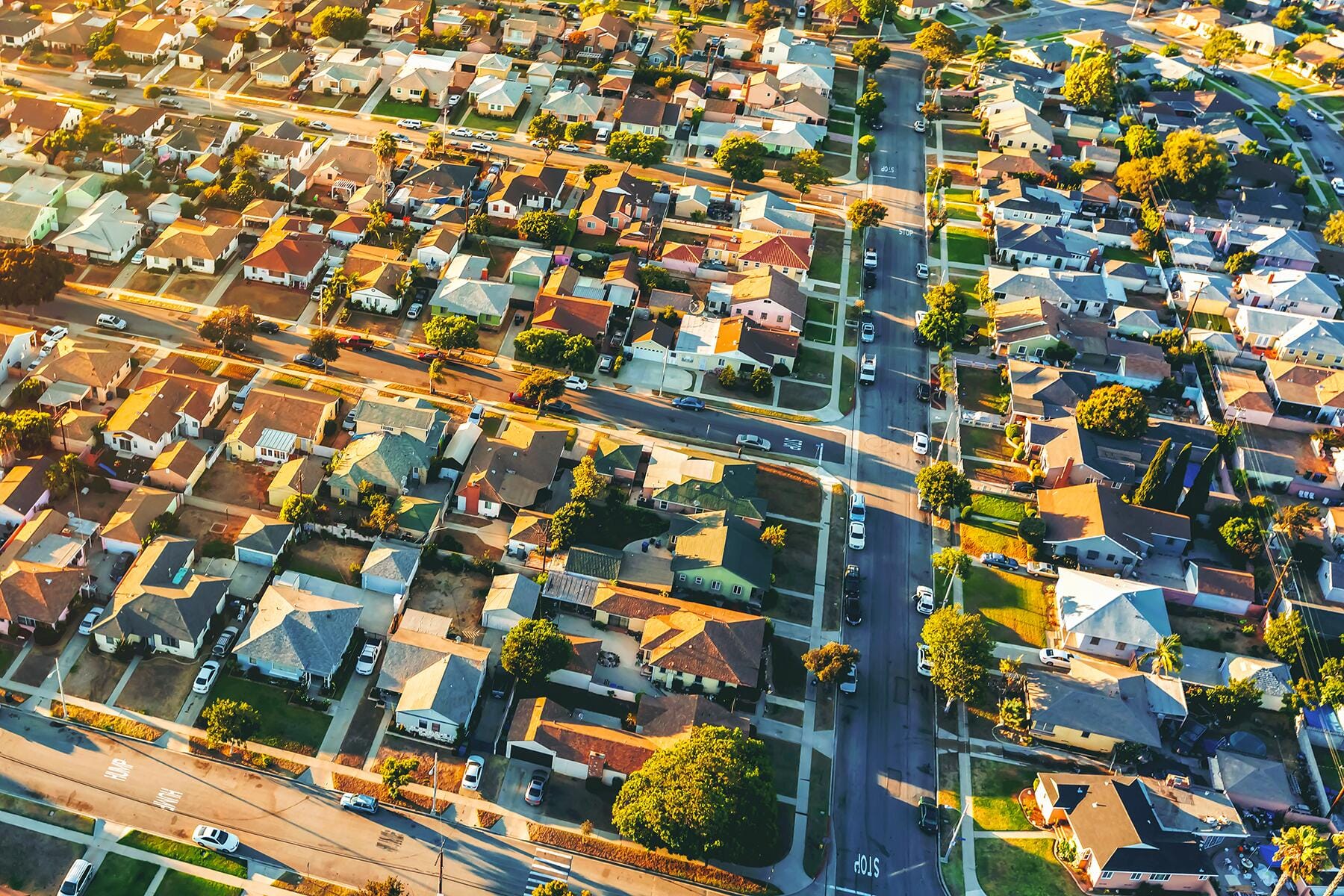 Get a Taste of an L.A. Property

If there’s one thing this (L.A.-based) writer loves, it’s an Architectural Digest tour; specifically when celebrities—many of whom reside in Los Angeles—open their front doors to us everyday folk so that we may sneak a peek at how the other half lives. Alternately, sites like Curbed offer virtual tours of L.A. homes that are currently on the market; this is especially important now that in-person home showings are now totally banned. 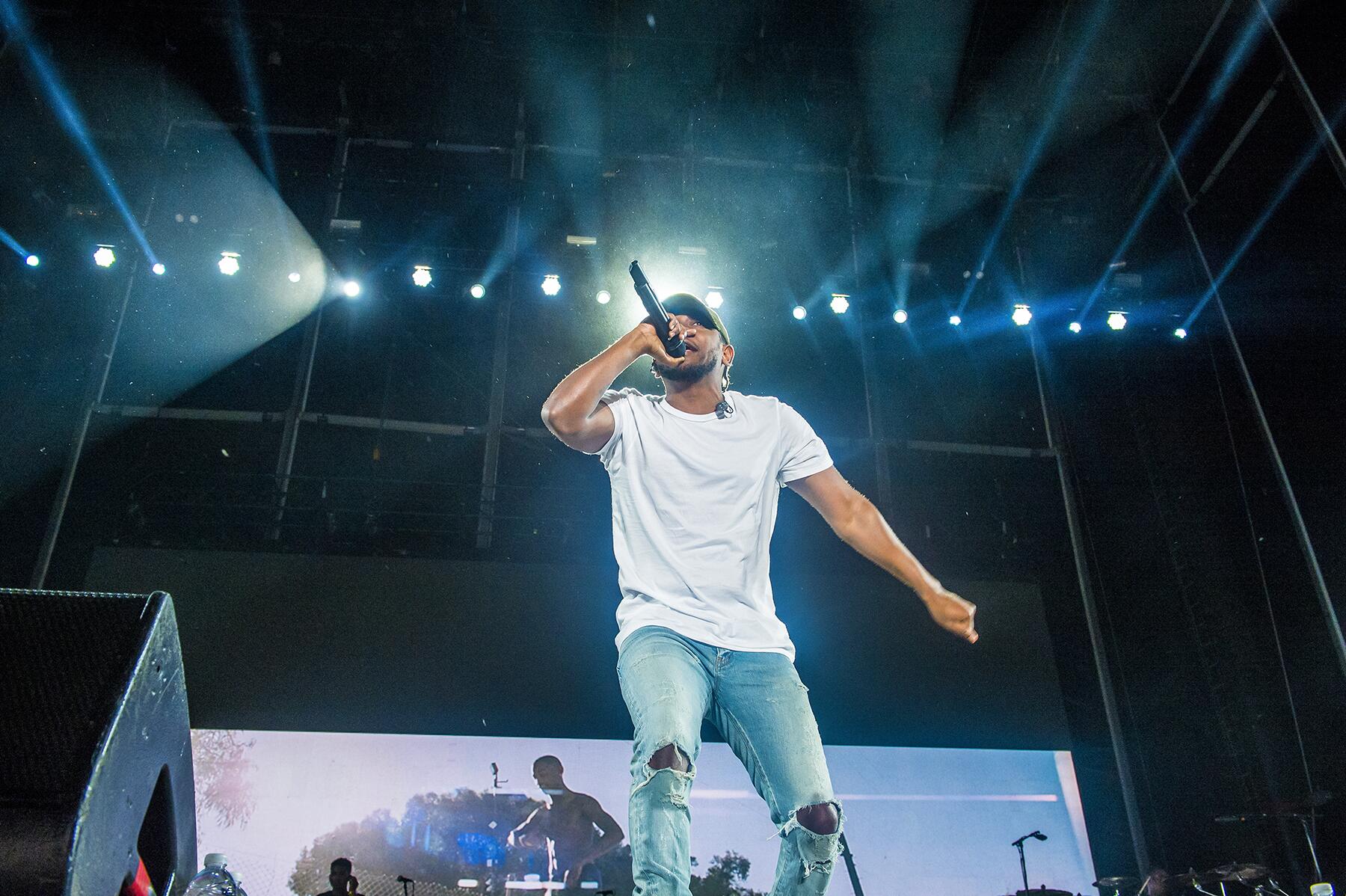 If you’re looking for something low-key yet still poppy, queue up L.A.-native band Haim’s latest album and picture yourself jamming out with friends while y’all cruise down the Pacific Coast Highway. Kendrick Lamar is an excellent choice if you’re interested in experimental hip hop, which pairs well with the pounding of pavements in downtown Los Angeles. Best Coast’s “Everything Has Changed” is undoubtedly a “late-night-while-I’m journaling-jam.” And—she is the moment—channel your innermost Gen Z with the now Grammy-Award-winning Billie Eilish. 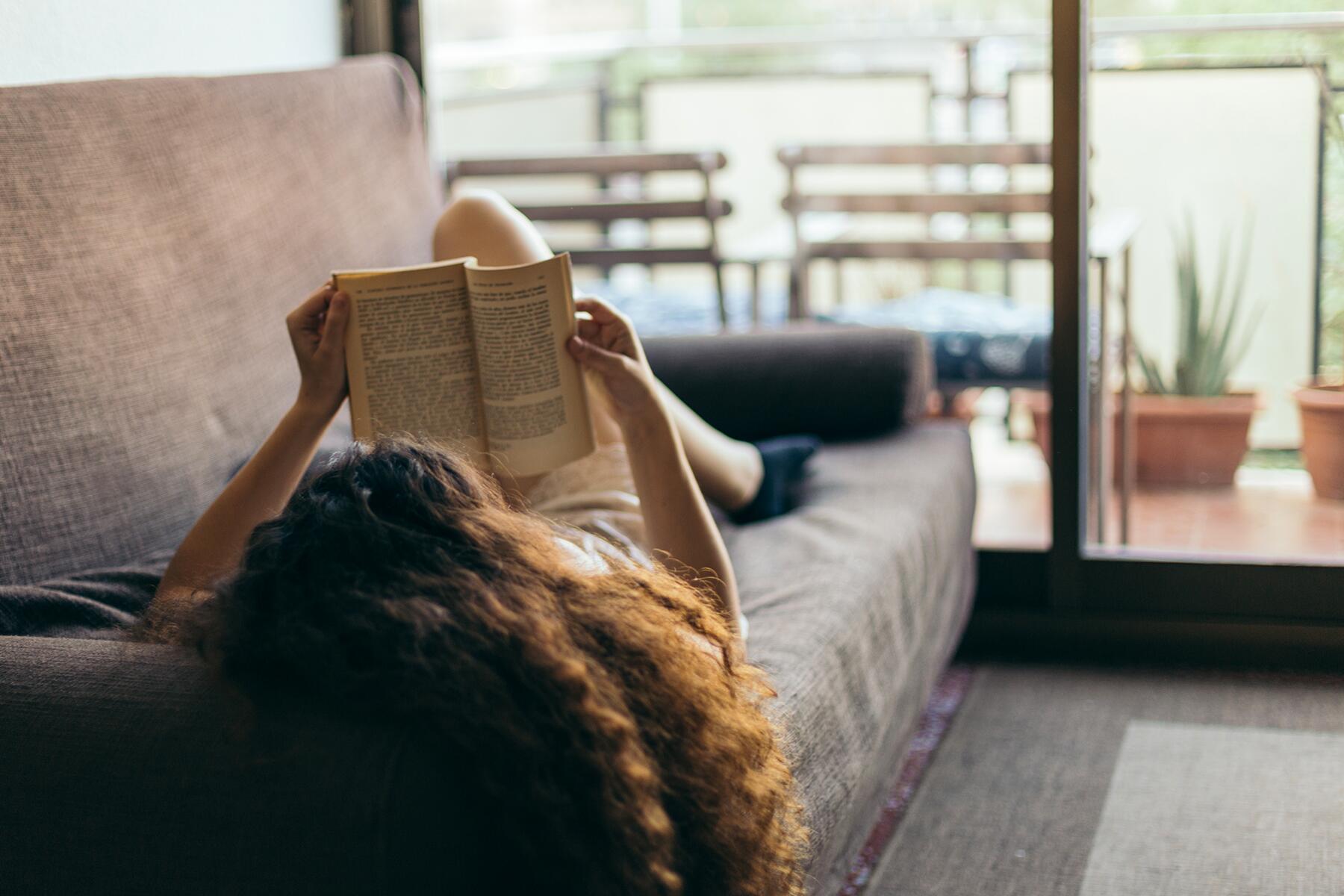 There is no shortage of stories, fiction and nonfiction alike, that weave Los Angeles culture into their compelling narratives. For starters, The Black Dahlia by James Ellroy chronicles the unsolved murder of Elizabeth Short, a woman who was brutally murdered and dumped in an empty lot in 1947. The investigation of her death eventually led to the uncovering of a massive police corruption scandal in the LAPD. Play It As It Lays by Joan Didion is another not-so quite sunny (yet essential) story of American life—specifically, in Hollywood in the 1960s. Speaking of Hollywood, Hollywood by Charles Bukowski is a first-person account of all the twisty roads navigated to get the film Barfly to the big screen. And A Single Man by Christopher Isherwood follows one man—a professor at a Los Angeles university—over the course of a day as he mourns for his recently-deceased husband; it also received an equally-devastating and beautiful film adaptation.