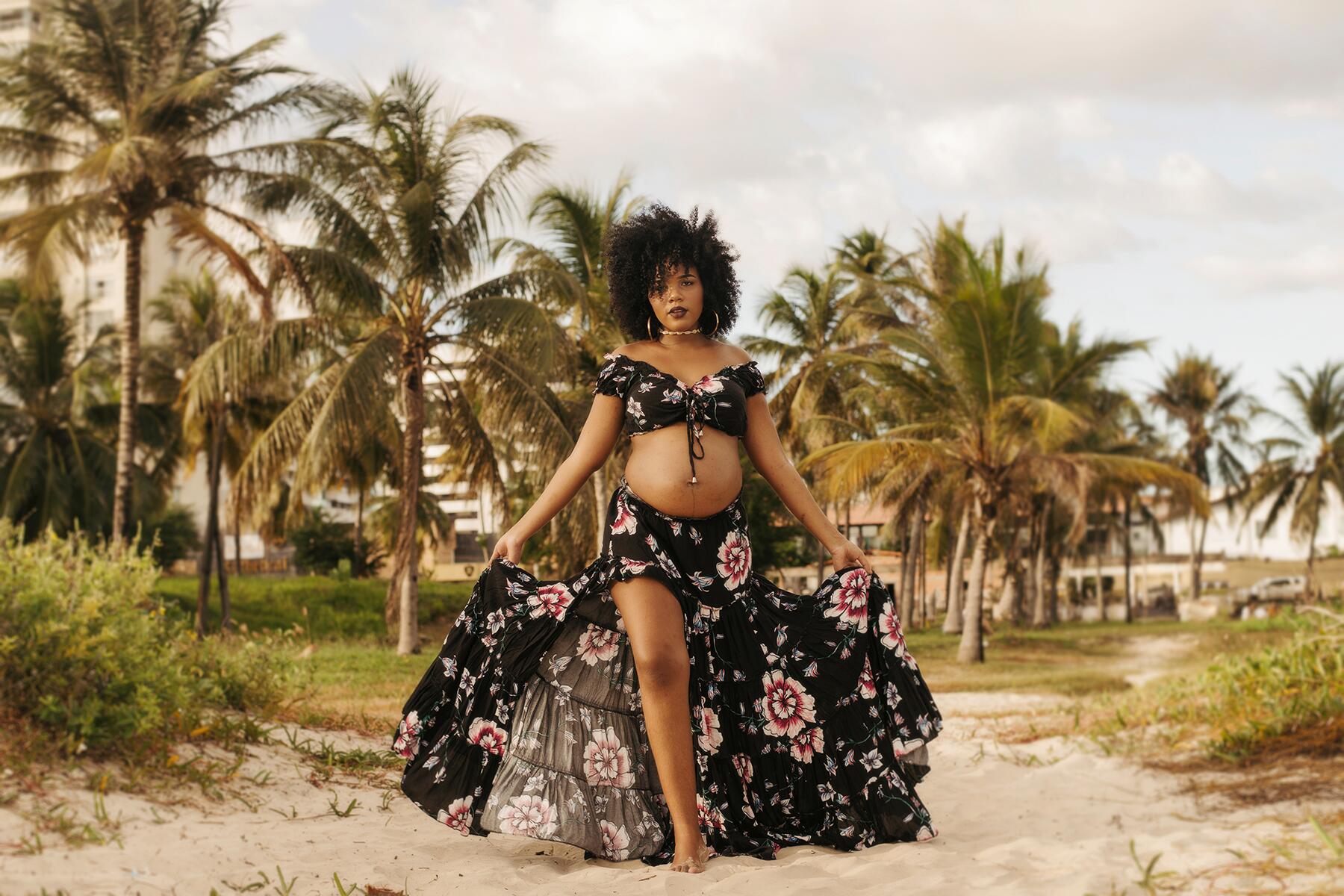 If you’ve heard the rumors of northern California Bigfoot sightings but want to go catch a glimpse for yourself, we’ve got the scoop on where to start.

North of the commotion and chaos of San Francisco lies a quieter and less developed part of California, known more for its remoteness than anything else. This sleepy part of the country is filled with winding roads offering unobstructed ocean views, miles of secluded hiking trails, and isolated coastline communities. Take a short drive inland and you’ll reach a handful of vast state and national parks, where towering trees started growing more than 700 years ago, long before western Europe ever set its sights on the American continent. This easygoing part of northern California may seem a bit under the radar, but there’s one very famous celebrity who calls this place home: Bigfoot. 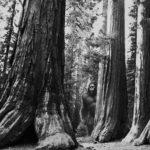 First spotted in 1958 in Willow Creek, Bigfoot–lovingly known around the world as Sasquatch, Yeti, or even Skunk Ape, if you’re in the Florida Everglades–has been spotted more frequently in northern California than anywhere else in the country. If you’re feeling the need to do a little ’Squatching yourself, check out these 10 off-the-beaten-path destinations near California’s Lost Coast. Though exploring these locations won’t guarantee a sighting of Bigfoot himself, it will guarantee plenty of remote, beautiful places to commune with nature in rugged and remote northern California. 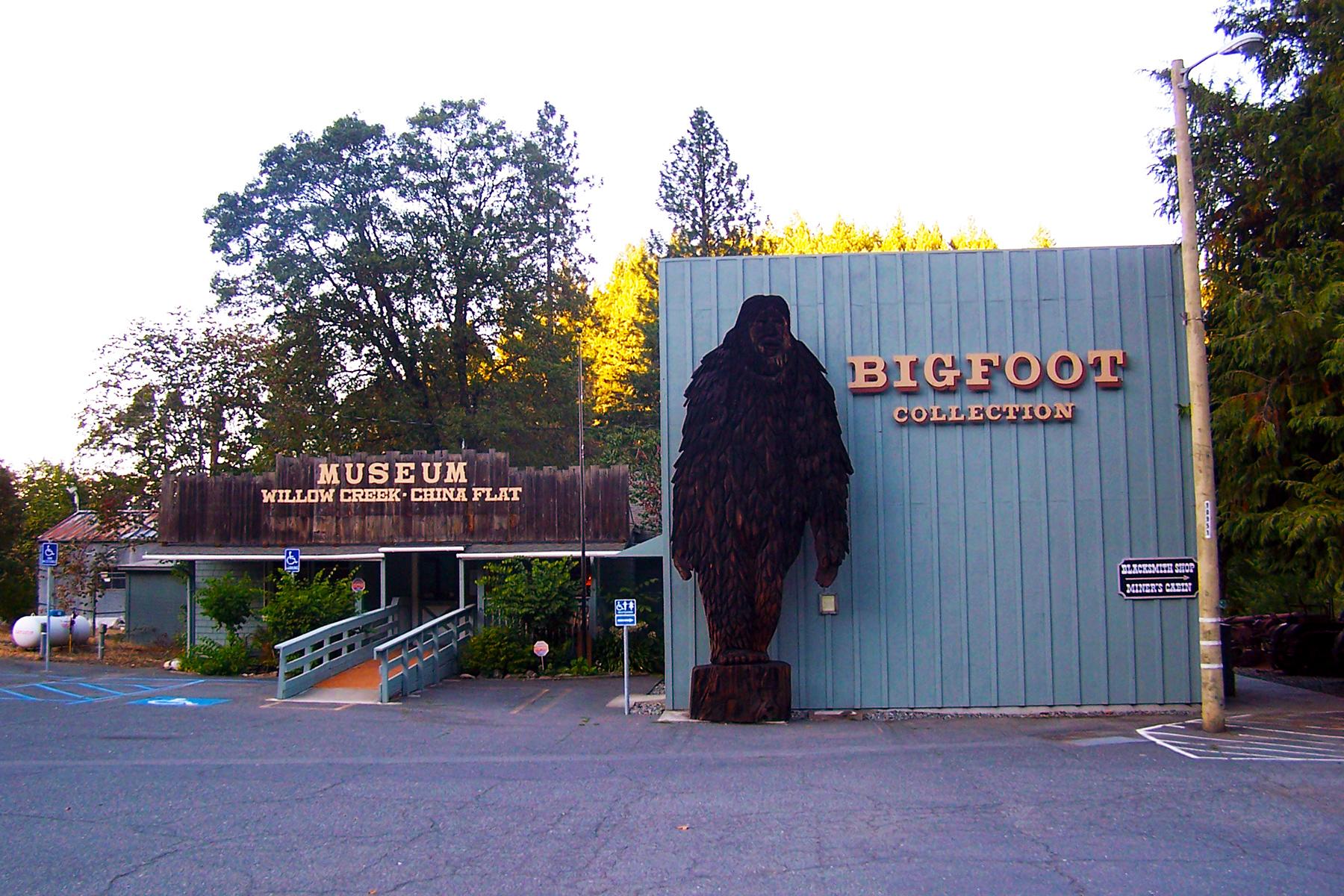 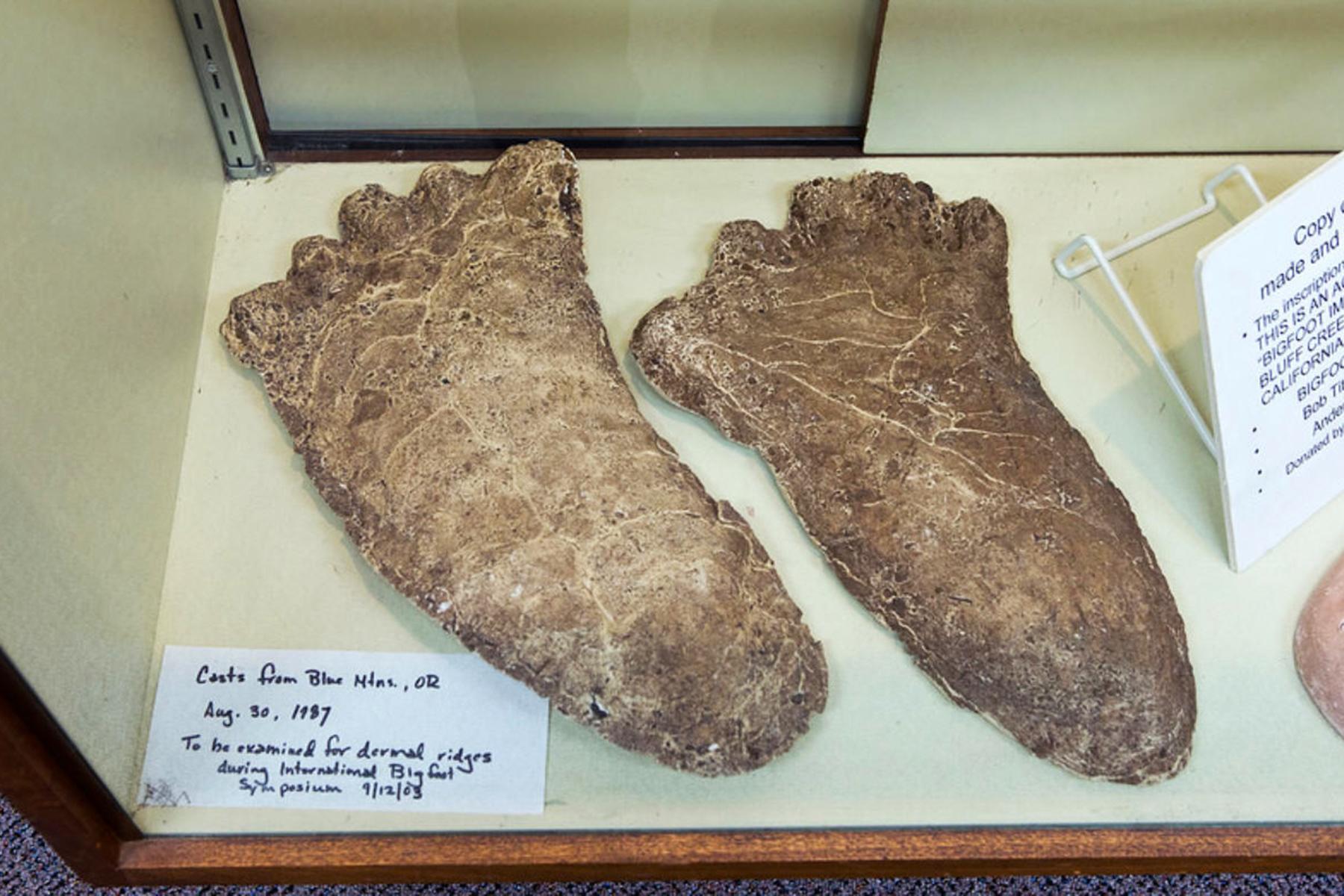 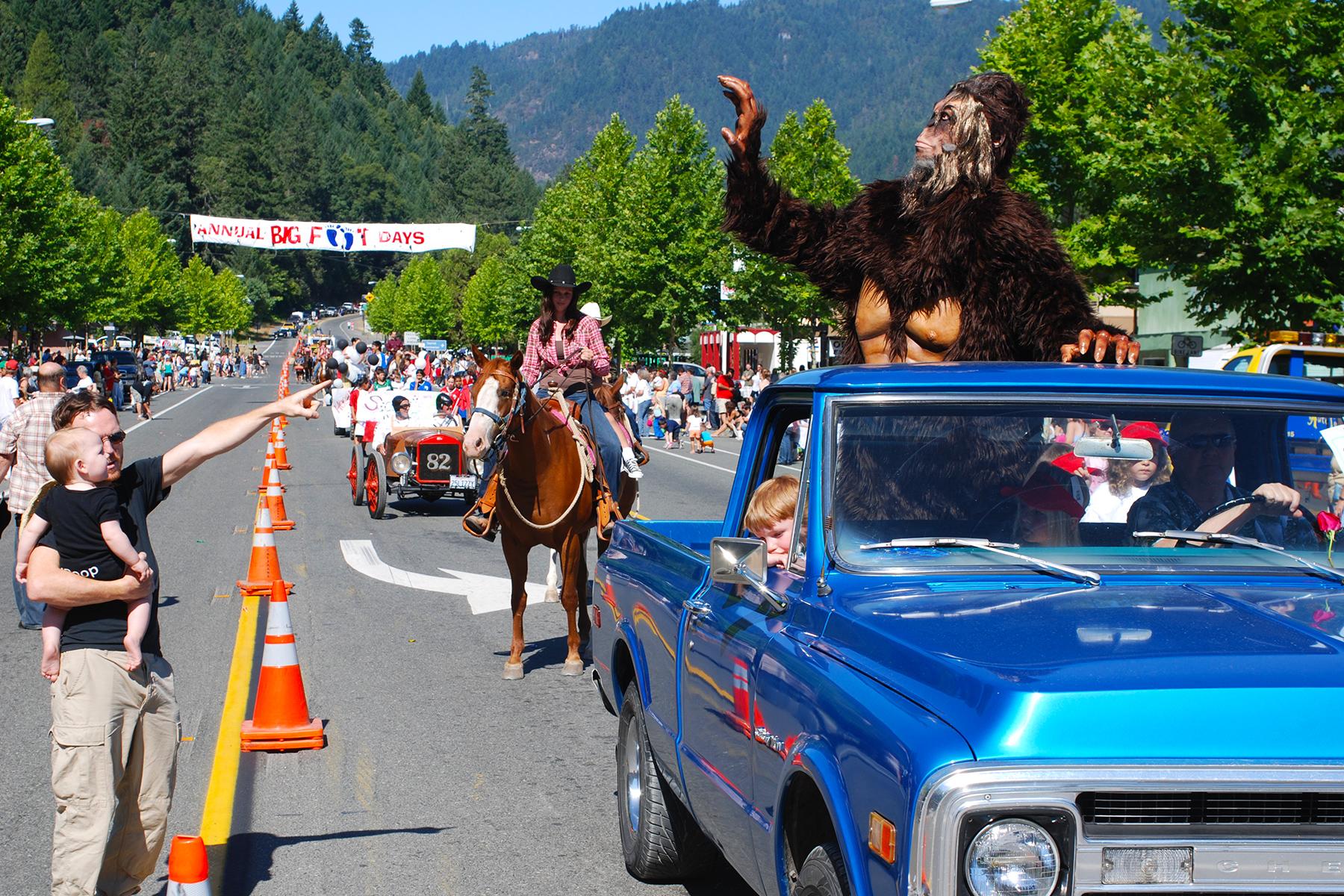 Learn all you can about the (ape)man and the myth before you start your search at the Willow Creek Bigfoot Museum. Though it’s technically called the Willow Creek – China Flat Museum, the 25-foot tall Bigfoot statue outside makes it clear who this museum’s star attraction is. For history buffs, the museum also has several exhibits dedicated to life in California up to the 1900s, including a miner’s cabin, blacksmith shop, and Native American clothing display. The museum is open year-round, but you’ll need to make an appointment well in advance to visit between November and April. Admission is free, though donations are welcome. 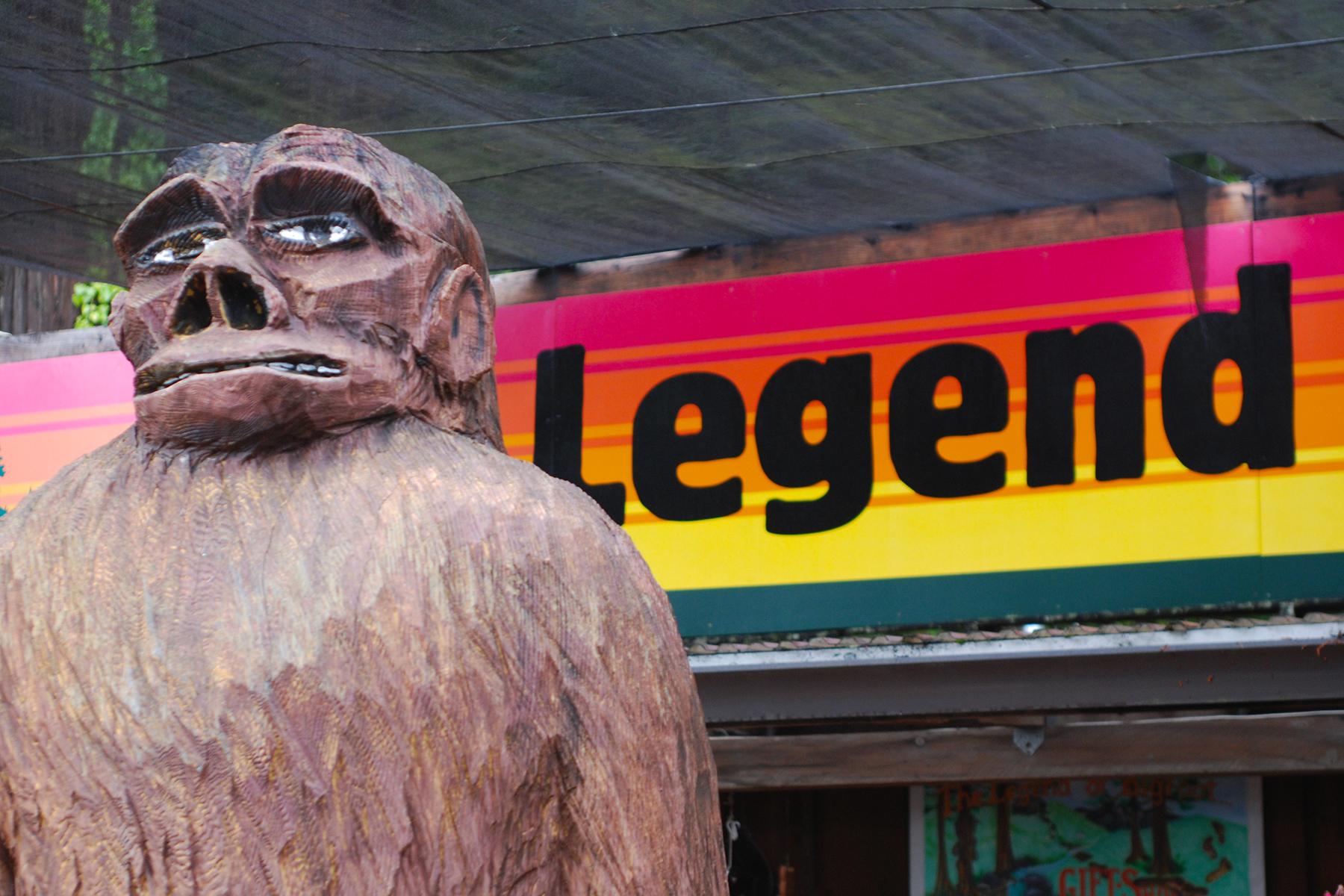 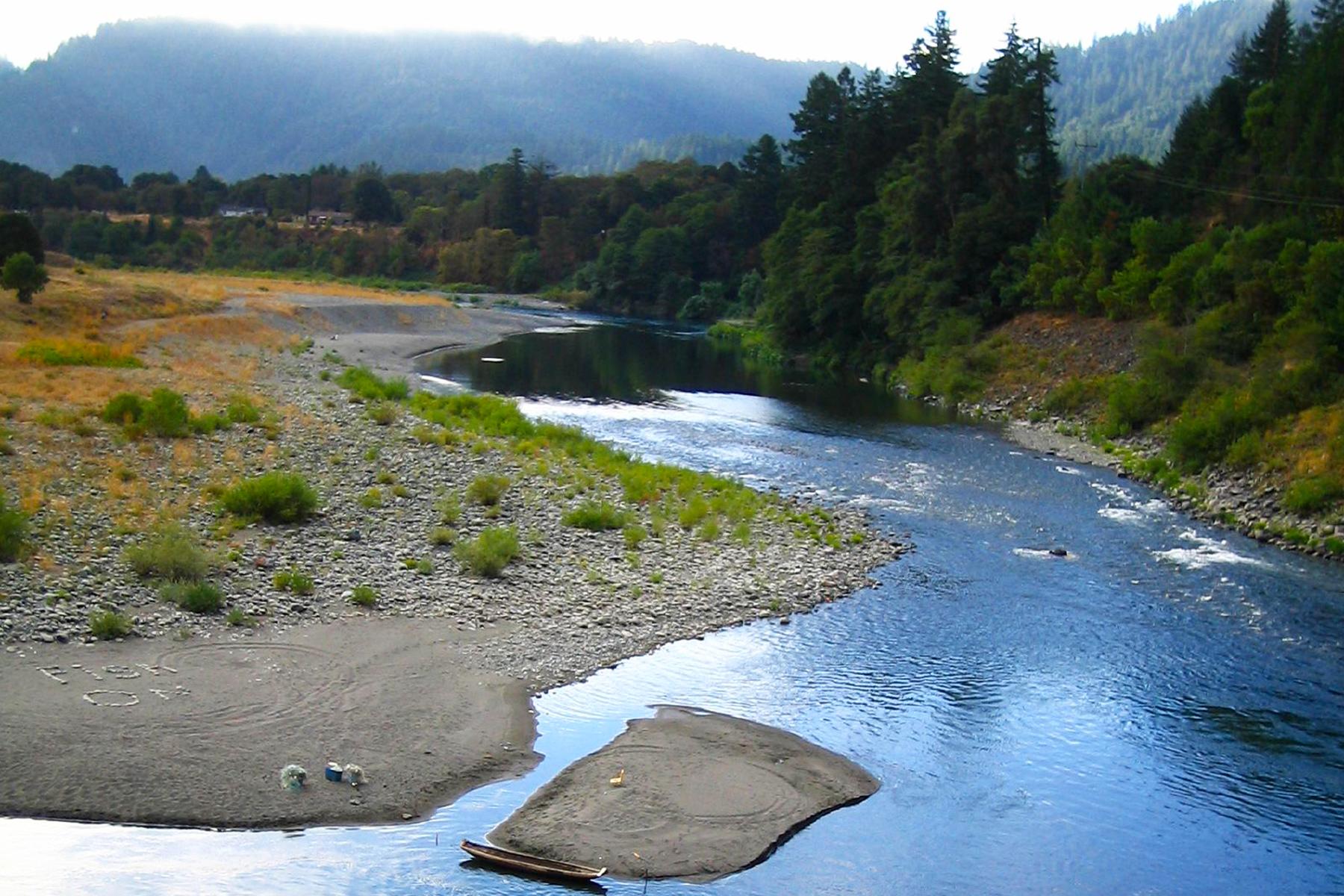 Drive through the Hoopa Valley and you’ll see serpentine streams, gently sloping mountains, and lush greenery that looks like it was custom-made for Bigfoot. This is the home of the Hoopa (or Hupa) Indians. Though Bigfoot was only spotted on camera in 1958, the concept of the creature has been a staple of Hoopa legends for centuries. Stories of oversized monsters lurking in the darkness outside reservations have been told for hundreds of years and even play a key role in the creation stories of some Native American tribes.  In fact, the word “Sasquatch” comes from the native word for “wild man” from the Salish tribe of modern-day Vancouver. 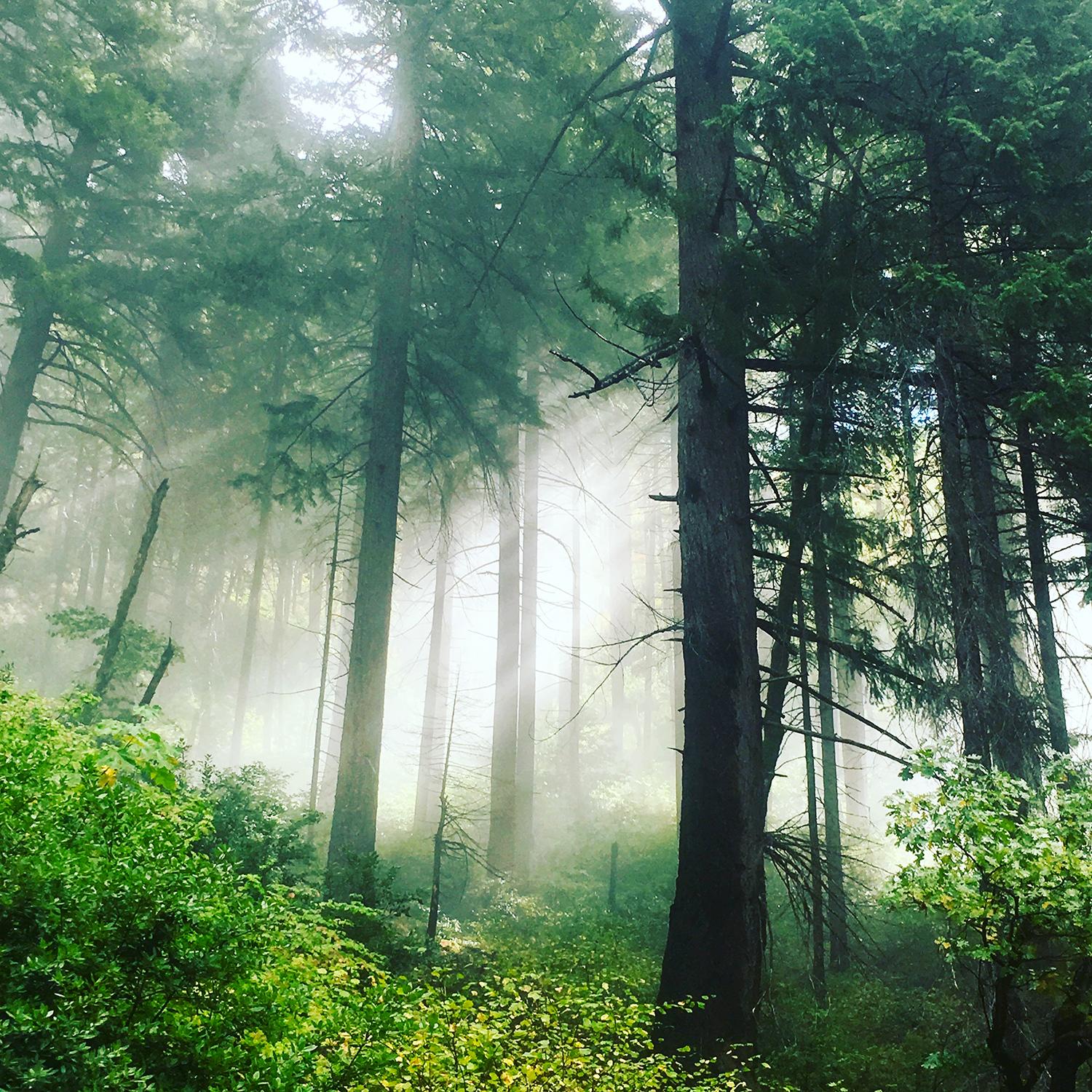 The small town of Orleans, California, is completely surrounded by the Six Rivers National Forest, so it’s prime Bigfoot stomping grounds at every turn. It’s also the closest town to the site of the infamous Patterson-Gimlin Bigfoot film from 1967. Even non-Bigfoot aficionados will have seen this short clip captured by Roger Patterson and Bob Gimlin, which shows an unidentified creature walking into the woods as it stares back at the camera. Though several scientists have suggested the possibility of the film being staged, plenty of Orleans’ 655 residents are convinced that Bigfoot is still roaming through their backyards. If you don’t have time for the hour-long drive to the film site along Bluff Creek, you’ll find plenty of equally remote hiking in Six Rivers National Forest, open year-round.

If you’re committed to searching for Bigfoot, you’ll need to be in the park early in the morning when Bigfoot is supposedly most active. The Dry Lake backcountry campground was the site of Bigfoot thermal imaging in 2011; don’t forget to get your campfire permit if you’re planning an overnight expedition. 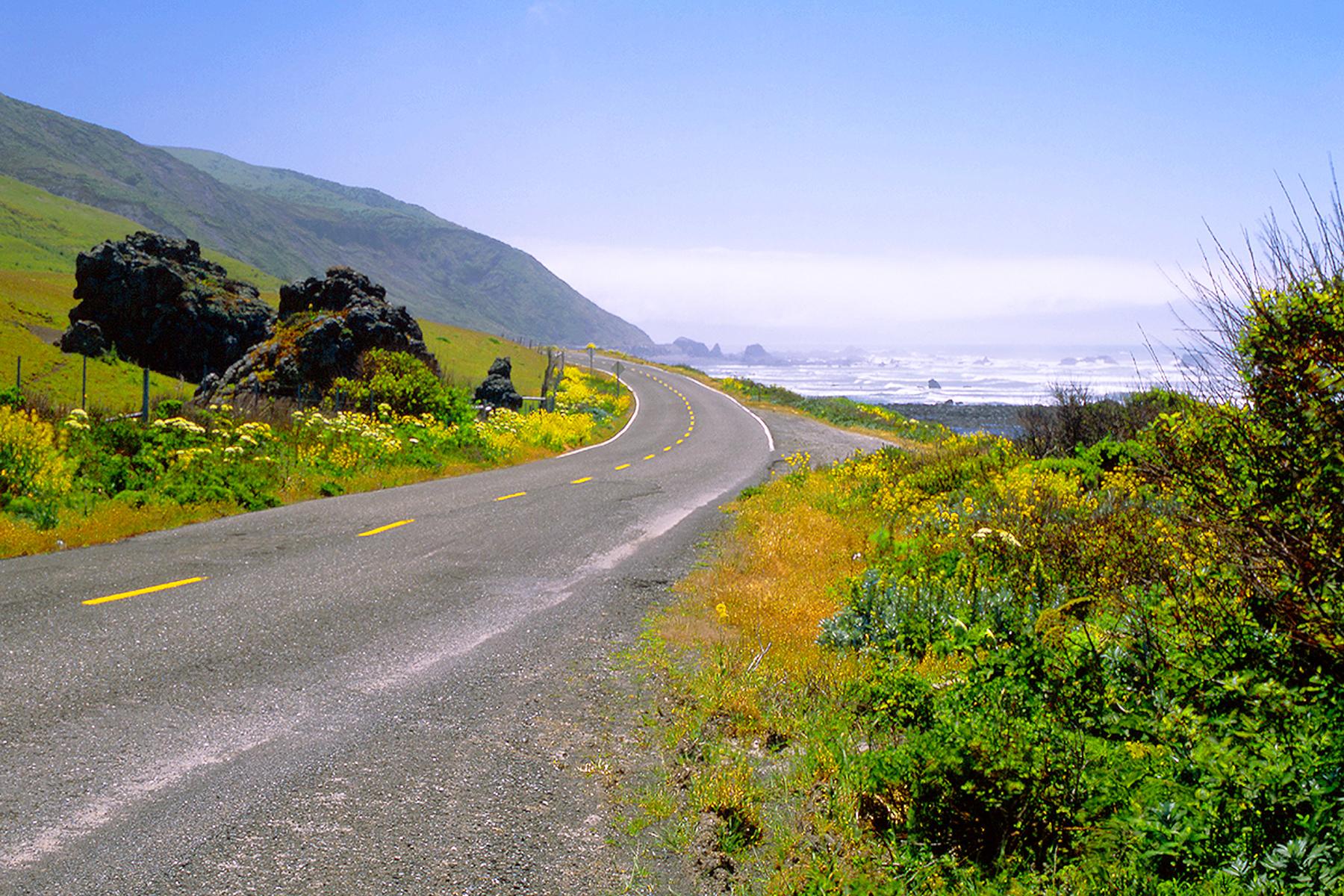 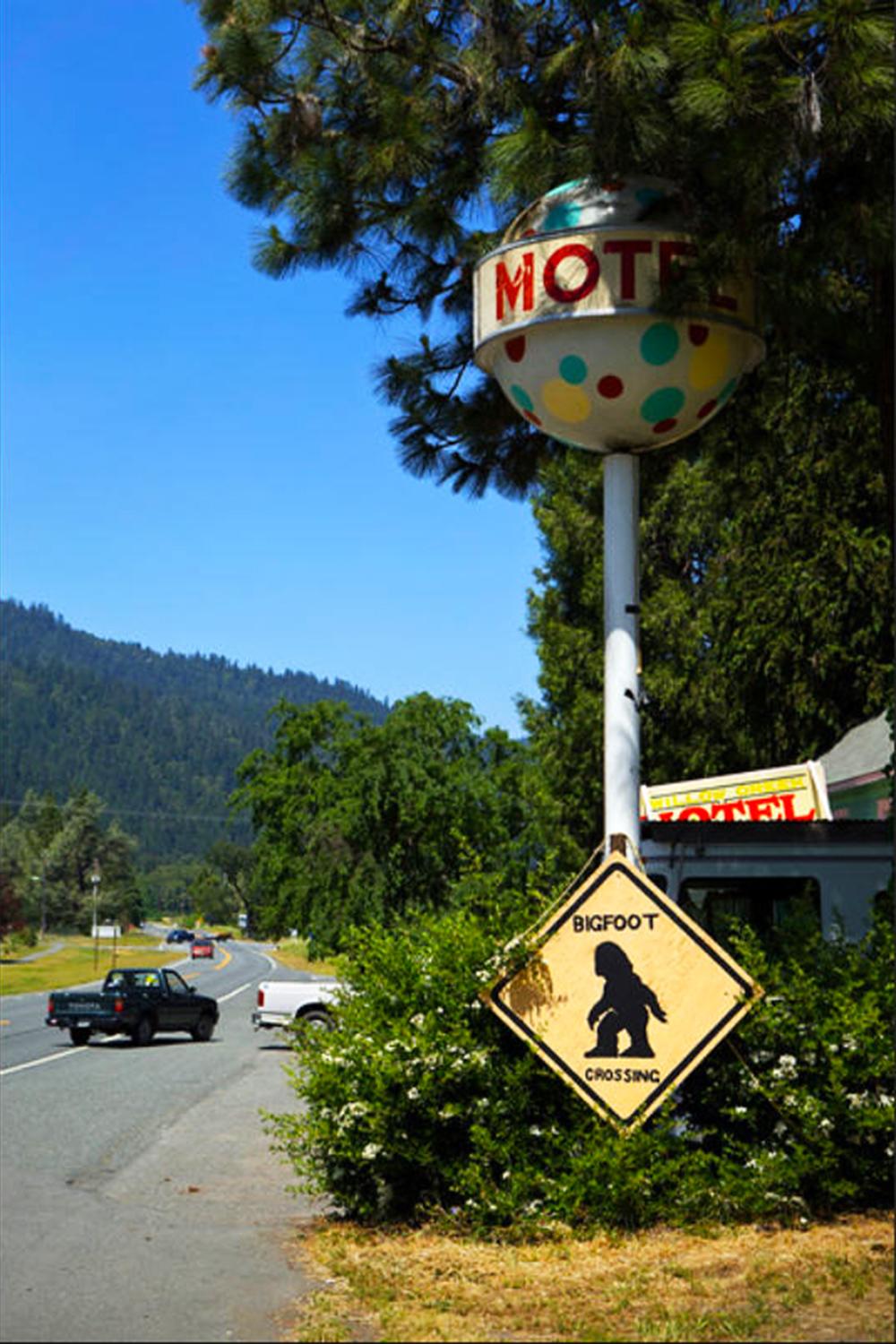 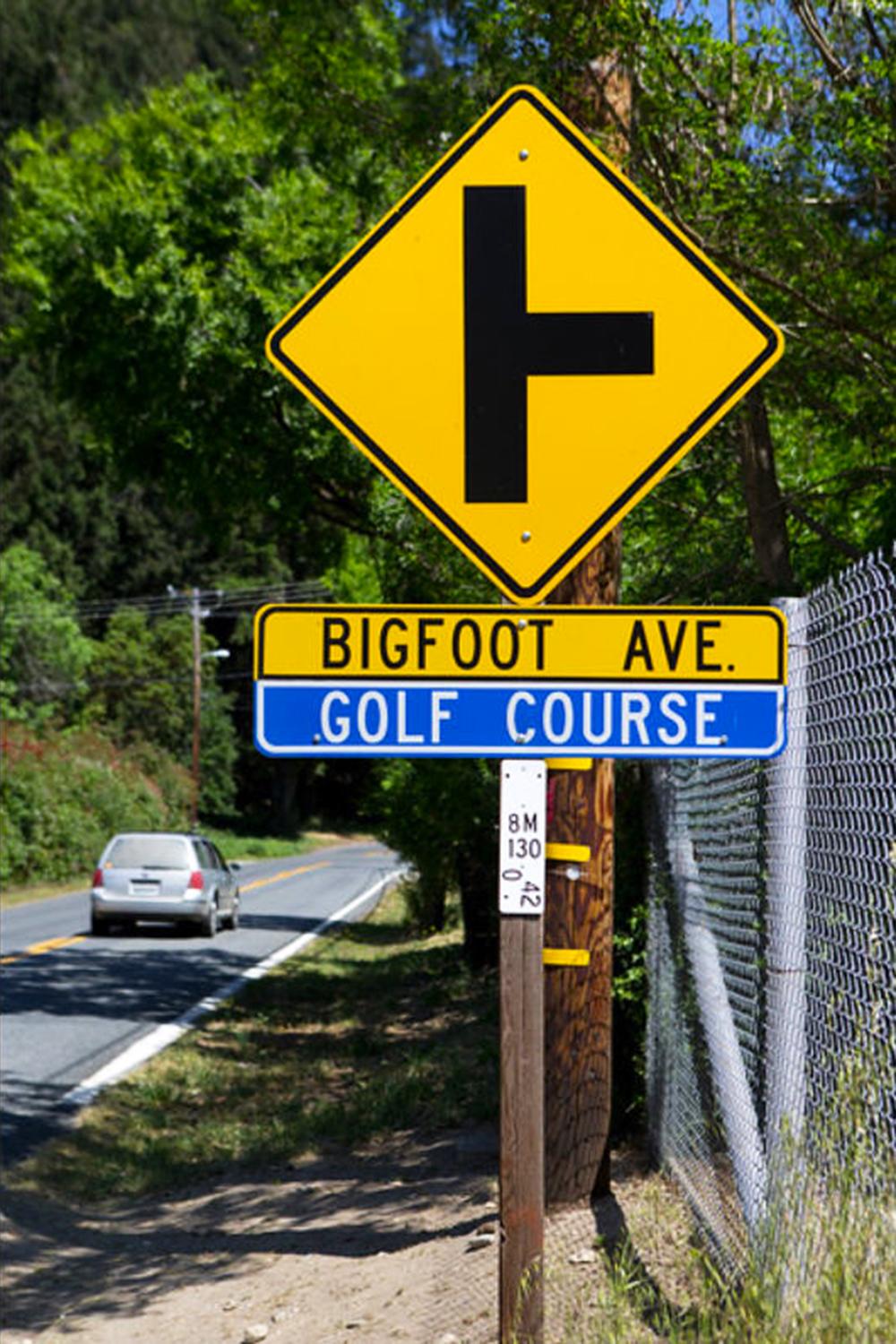 WHERE: Starting in Willow Creek, California

For the best chance of spotting the ape-man himself, cruise the 89 miles of the California Bigfoot Scenic Byway, which goes past many of the most popular Bigfoot-sighting locations. This remote, two-lane road claims to have “most sightings of Bigfoot of anywhere in the country,” according to its official byway website.  It crosses through a variety of national and state protected lands, including a few other locations on this list. While the drive can be done in about three hours, it’s recommended that you budget a few more so you have time to slow down along the way. Even if you don’t spot Bigfoot during your drive, you can stop and pose by the 20-foot tall sculpture of Bigfoot when you arrive in Happy Camp, California, at the end of the byway.

INSIDER TIPStop first in Willow Creek’s Bigfoot Museum, where you can buy a byway map marked with locations of past Bigfoot sightings for around $10. 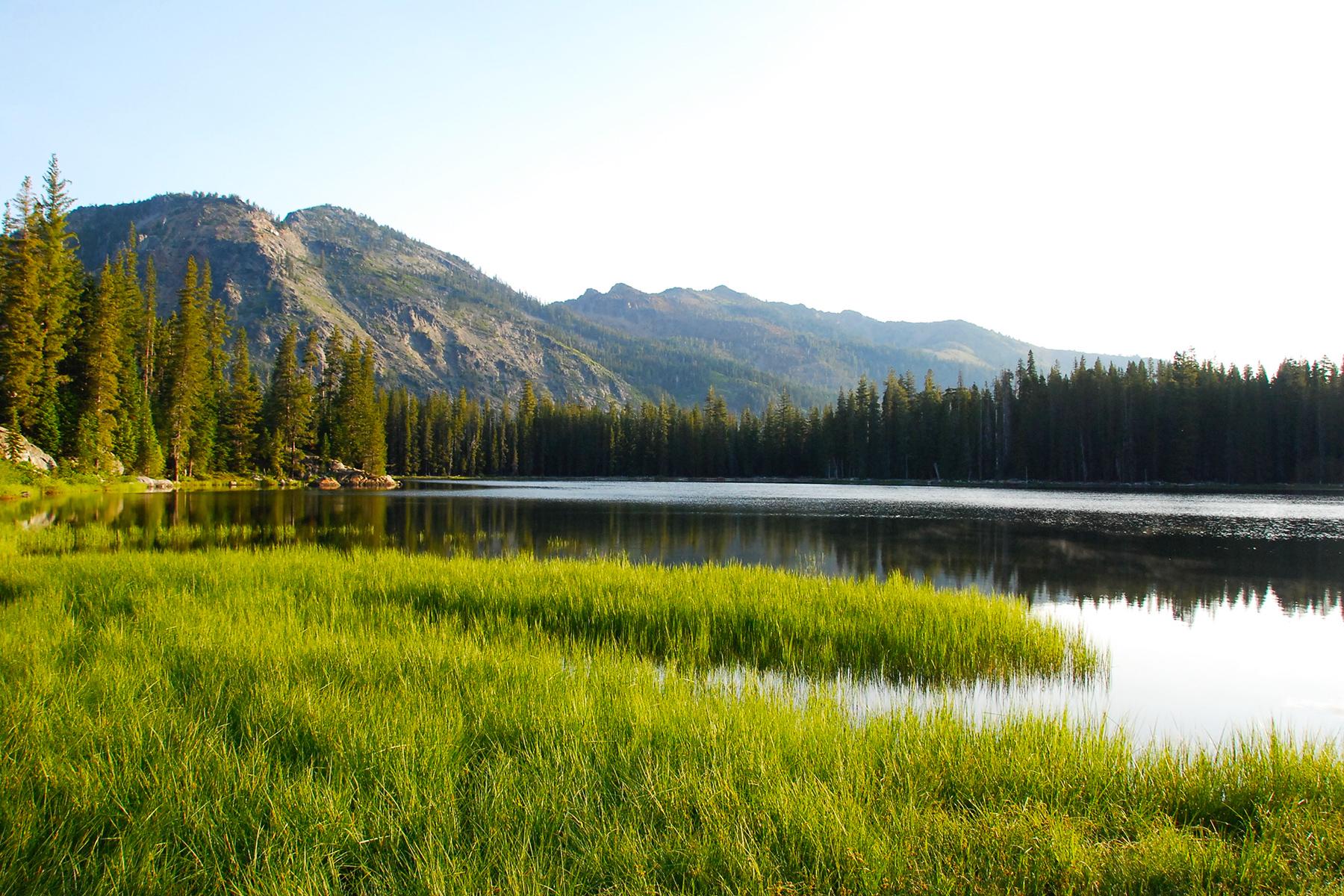 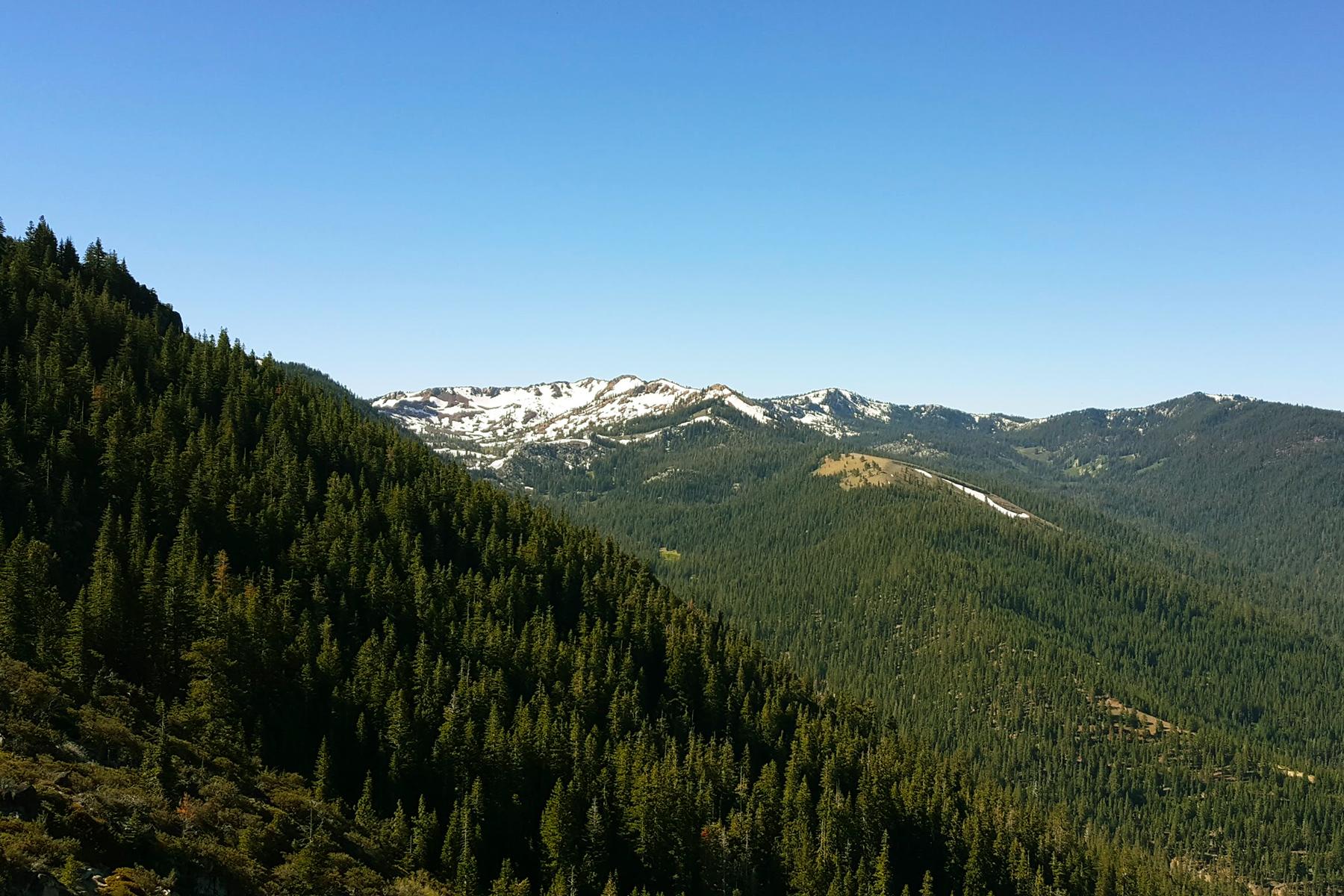 PHOTO: Joshua Veal
Previous Next
5 OF 10

WHERE: Near Etna, California

Spend some time near the mountain canyons, ridges, and dozens of lakes in the Marble Mountain Wilderness and you may understand why reports of a Bigfoot-type creature have been coming in from this area for the last century. The first sighting here dates from 1888, though the name Bigfoot wouldn’t be coined for another 70 years. This is also the site of the six-minute 2000 video, in which campers on a youth backpacking trip filmed a wooded den, scratch marks, and a mysterious figure in the distance they claimed to be proof of Sasquatch. Hikers, come prepared: the wilderness has significant elevation change, from fewer than 400 to more than 8,000 feet above sea level, creating steep cliffs and a massive cave system. It’s where you’ll find Bigfoot Cave, one of the country’s deepest caves, though reports are spotty on whether or not anyone has actually seen Bigfoot there. Tight entrances and steep drops mean that this cave should only be explored by experienced spelunkers. 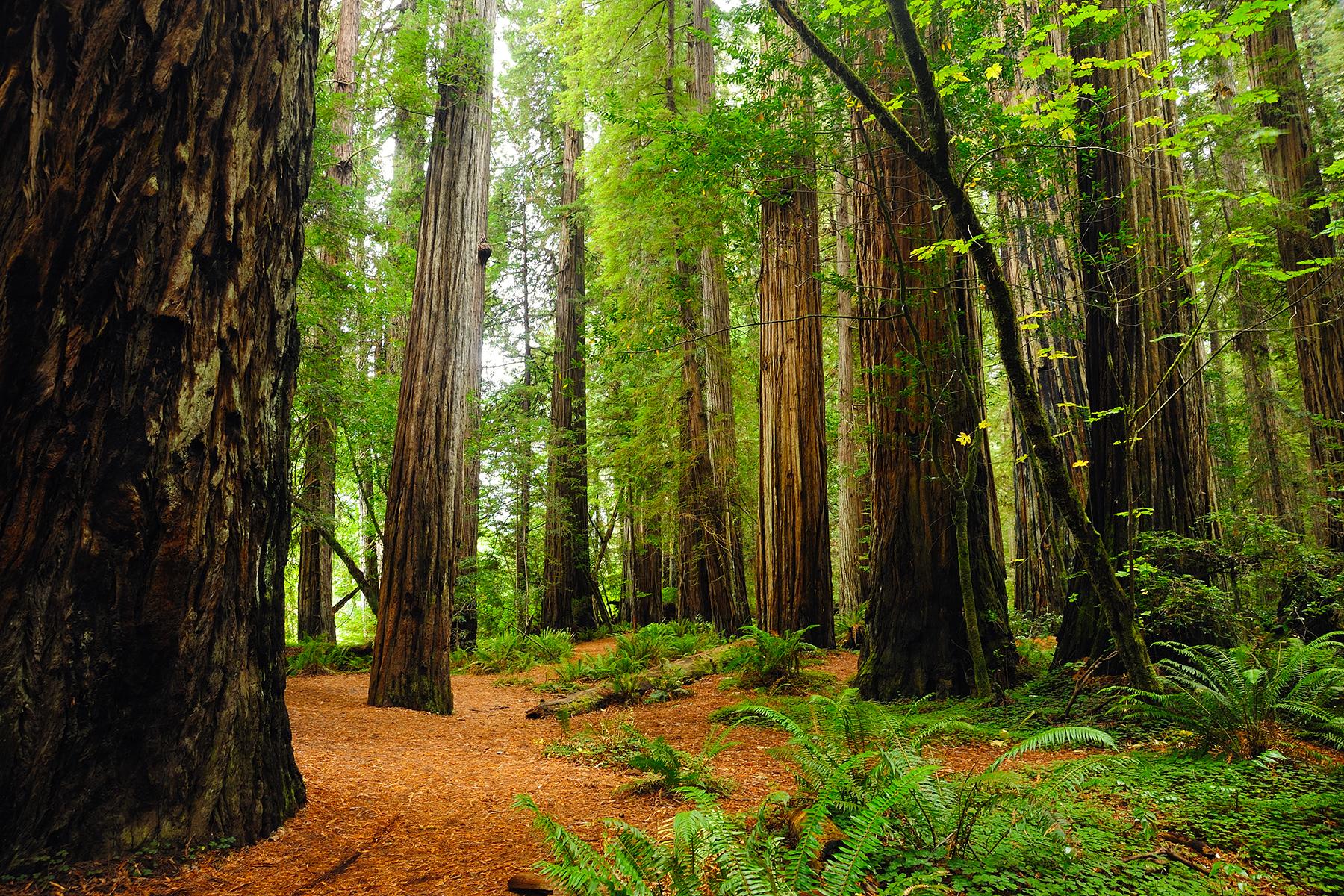 Redwood National Park covers more than 58,000 acres of California’s Lost Coast and is home to some of the largest and oldest redwood trees in the country. With some Sequoia sempervirens in the park measuring upwards of 350 feet tall, it would definitely provide plenty of cover for Bigfoot move undetected. This park offers more than 250 miles of hiking trails, including the famous Fern Canyon loop, which served as a film set for The Lost World: Jurassic Park.

Redwood National Park is also known for its wildlife viewing, and while the list of frequently seen animals doesn’t include Bigfoot, there are multiple accounts of Bigfoot encounters within the park boundaries. Reports of Bigfoot maintained by the Bigfoot Field Researchers Organization include “possible Bigfoot vocalizations” heard by backcountry campers in 2000 and 2007.

INSIDER TIPSome of the bridges across trails are removed during the winter months when water levels rise. Check the park website in advance to make sure the trail you’ve chosen is fully accessible before starting your hike. 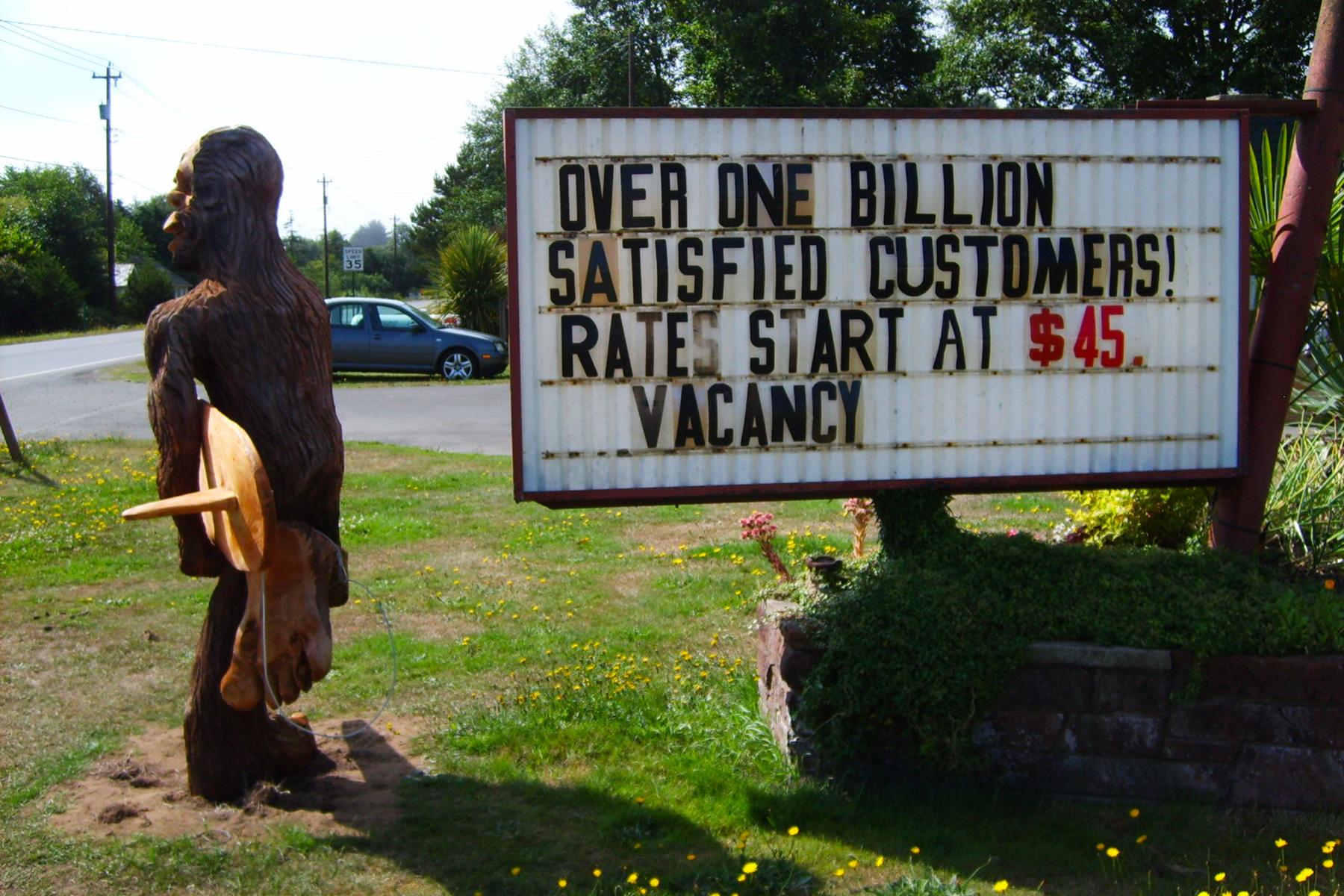 If all this Bigfoot hunting has you feeling a little fatigued, stop by Willow Creek’s Bigfoot Hotel. Despite the fact that no one has ever actually caught a Bigfoot, the frequency of sightings around this place suggests that if one ever is caught, it’ll probably be in Willow Creek. Fortunately, the Bigfoot Motel is prepared for just that occasion, with an empty metal cage in the parking lot just waiting for Bigfoot’s arrival. In the meantime, if you ask nicely, you can walk away with a photo of you taking his place in the cage.

Every September, Willow Creek hosts the annual “Bigfoot Days” celebration, featuring lawn mower races, a main street parade, and of course, a Bigfoot calling contest. If you’ve been practicing your Sasquatch hoot and plan to attend, make your reservations at the Bigfoot Motel in advance, as it’s the only motel in town. 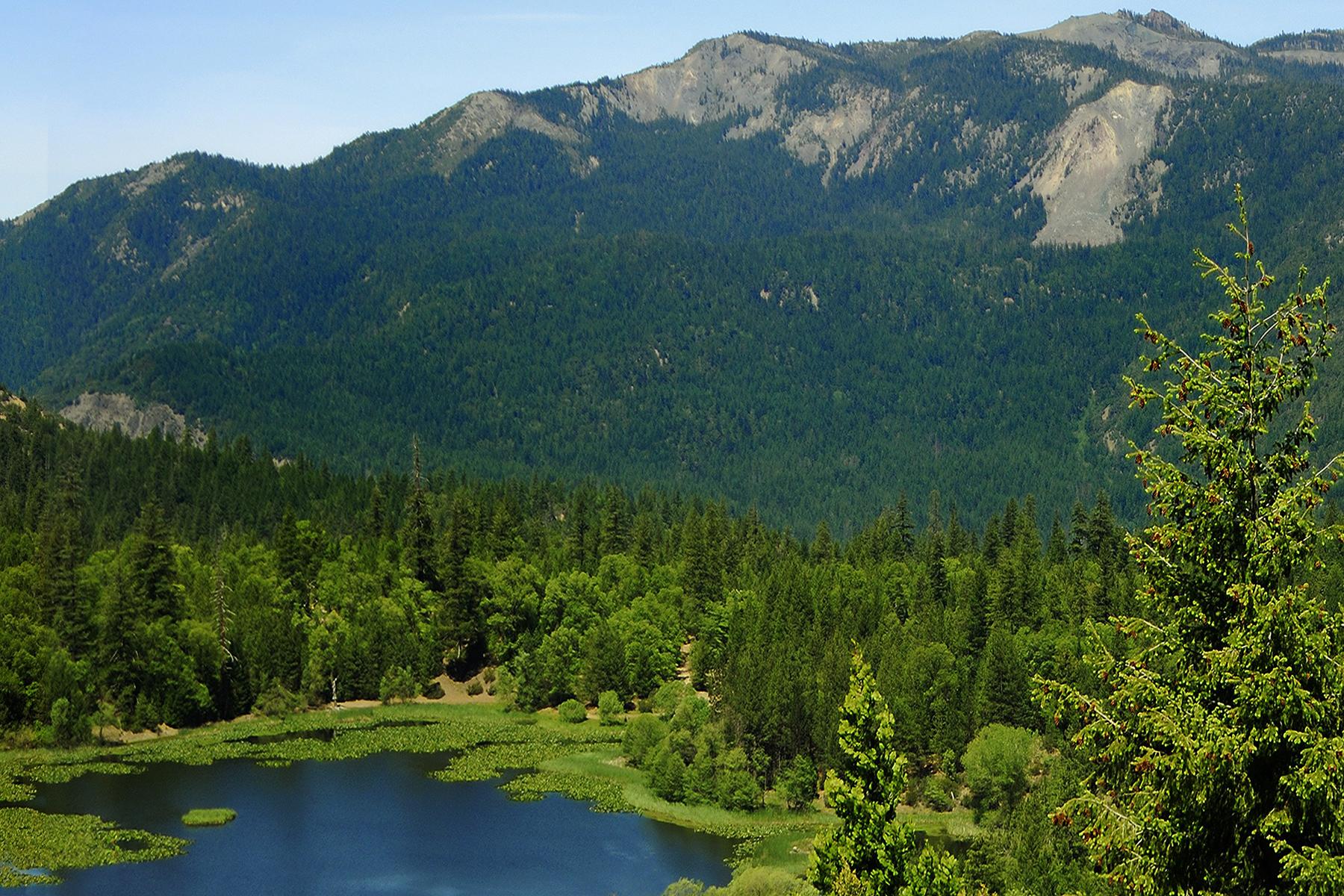 What better place to find Bigfoot than the trail named after him? The 360-mile Bigfoot Trail crosses through many of northern California’s ’Squatchiest regions, finally ending in Redwood National Park. However, poorly maintained trails, difficult climbs, and changing weather patterns make this long-distance trail take anywhere from several weeks to several months to complete. If you’re just looking for a taste of this challenging trail, walk the first few miles past the trailhead in Mendocino National Forest. 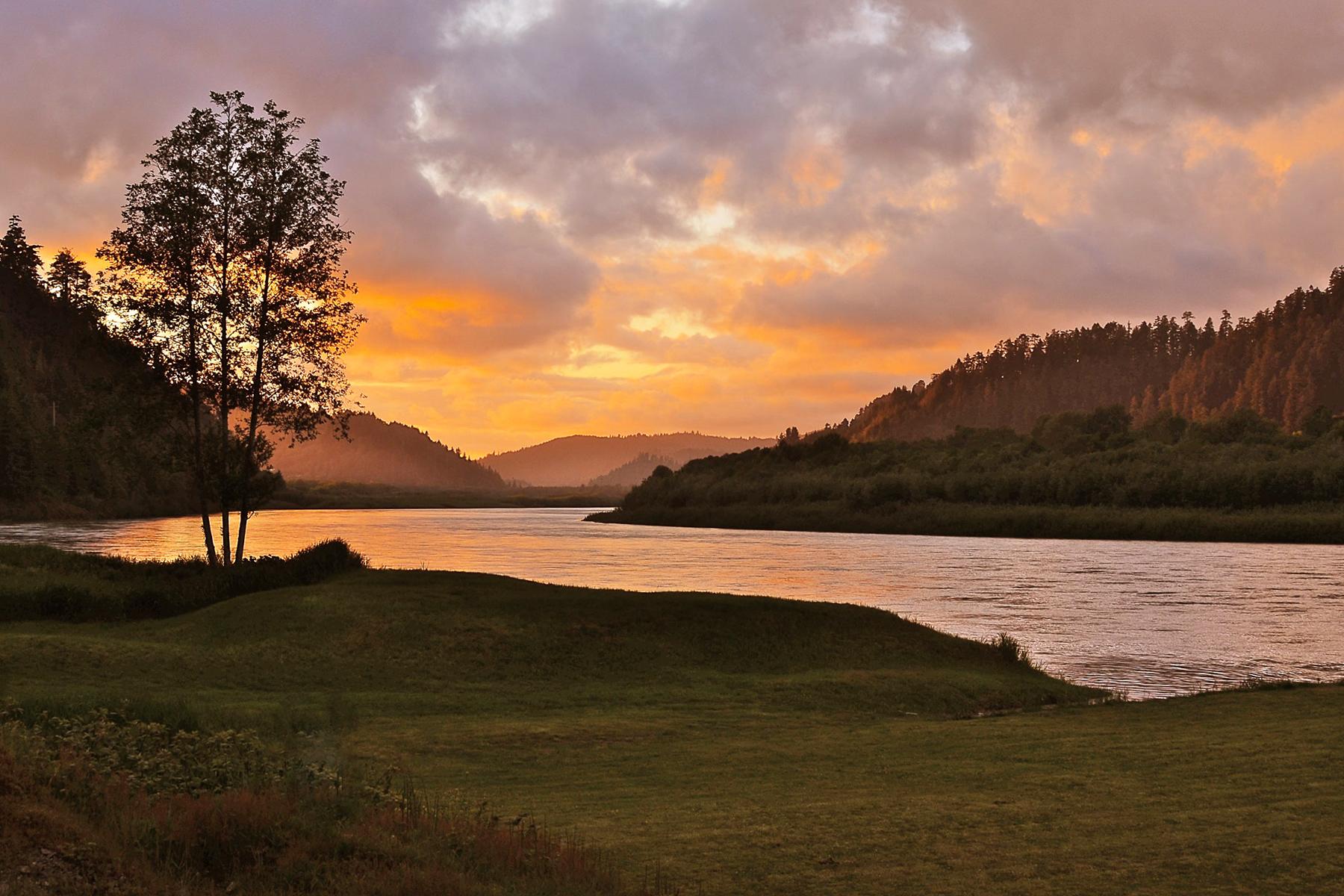 WHERE: Scott Bar, near Yreka, California

The Klamath River runs from Oregon to California, eventually spilling into the Pacific Ocean. Since the river meanders through the towns of Happy Camp, Orleans, and Klamath, following it would create a path right through the most popular Bigfoot sighting locations in northern California. One of the most famous and violent Bigfoot encounters in recent times happened along the river in Scott Bar, California in the late 1990s. A college-aged woman on a solo camping trip alleged that Bigfoot dragged her tent through the woods while she slept, then chased her to her car where she managed to escape. For those not brave enough to risk their own Bigfoot encounter by camping, Bigfoot Rafting Tours offer guided paddles along the river.

If you’re planning your own river float without going through an outfit, you can fill out a trip documentation card online. Though it’s optional for non-commercial trips, it’s a great way to both share your location and help the state monitor recreational trends (or Bigfoot sightings!). 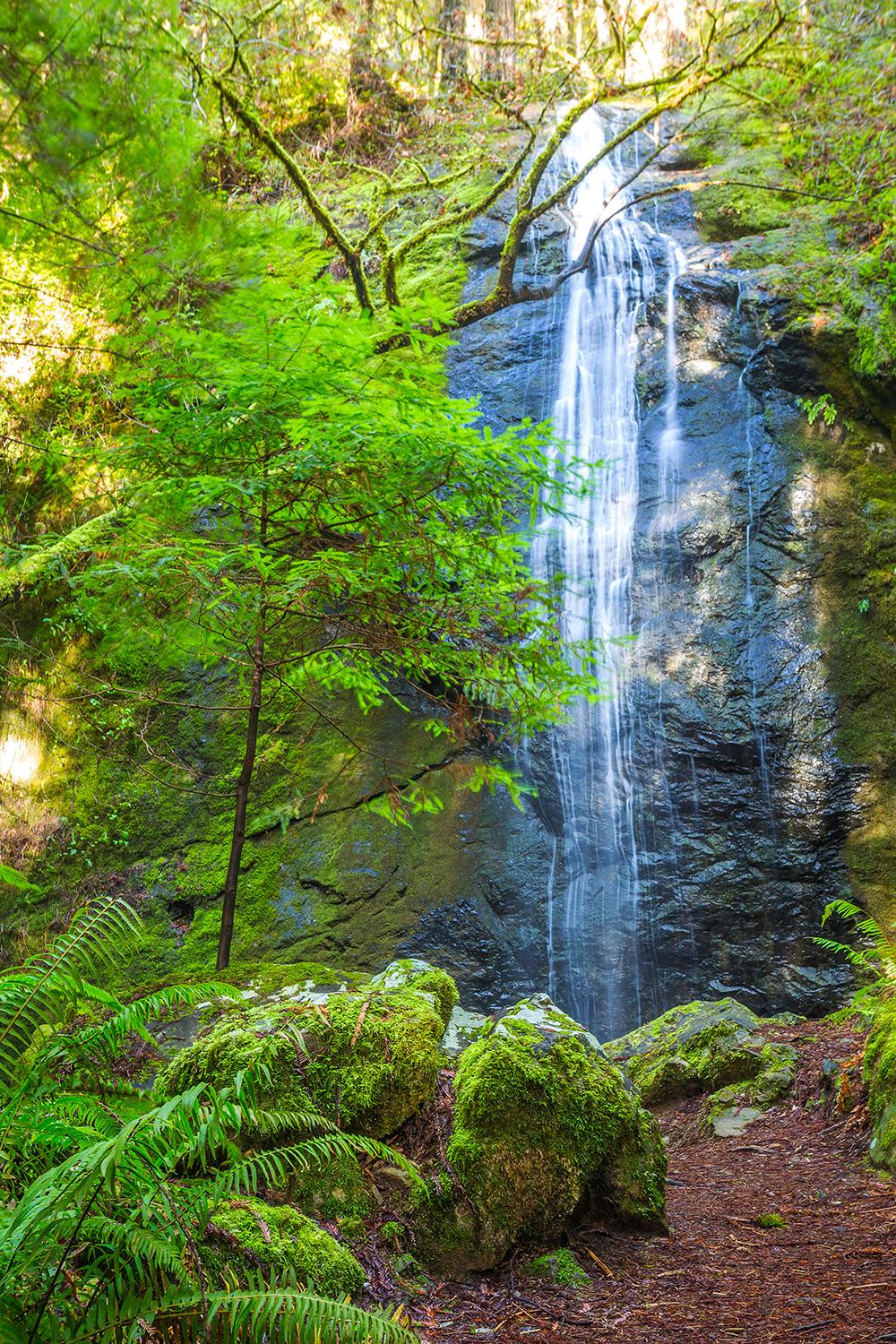 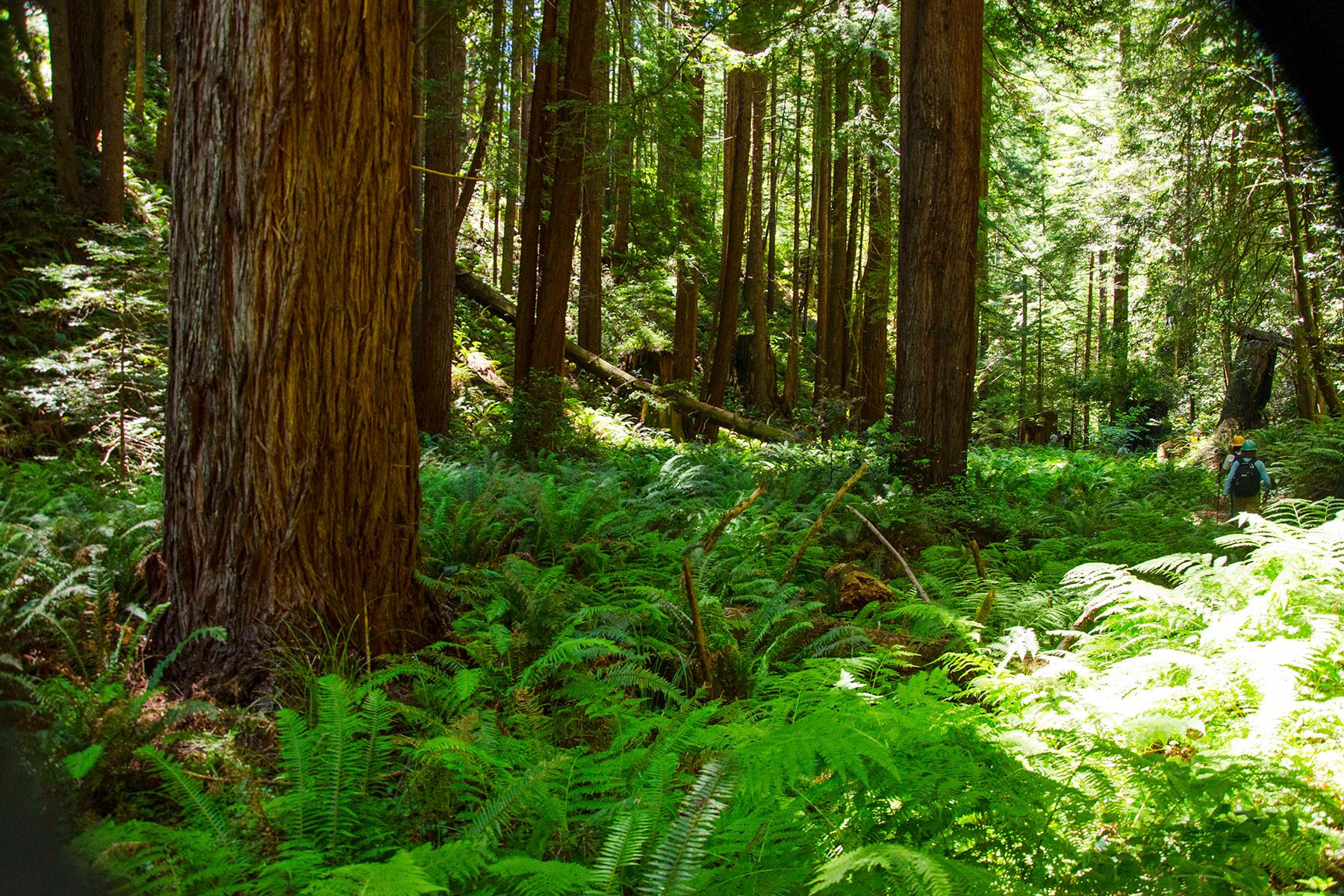 In the southern portion of the Lost Coast lies Mendocino County, known for trendy microbreweries, free-spirited artists, and, of course, outdoor recreation in the redwoods. Since 1970, there have been more than a dozen reports of Bigfoot in Mendocino County, including plenty of “Class A” visual encounters. If you’re hoping for your own tête-à-tête with the big man, explore the Jackson Demonstration State Forest near Willits, California. The wooded “Little Lake to Sherwood Road Trail’” crosses several streams over 13 miles and is one of the least traveled in the park, partially due to poor signage. The combination of length and lack of people make this would be a great place for Bigfoot to roam.

INSIDER TIPThough hunting in Jackson Demonstration State Forest is allowed in certain months, fishing is never allowed, so if Bigfoot likes freshly caught fish, he’s got plenty to choose from here. Even if you can’t find Bigfoot, you can get a $20 permit to find and harvest mushrooms instead.