That which we call a stinking rose by any other name would smell as sweet.

** Note: This was originally published on Friday, July 26 before the shooting that took place at the Gilroy Garlic Festival on Sunday, July 28. Even in the face of such a terrible tragedy the original thesis of this piece still stands: This is an amazing event that is put on and patronized by a wonderful community.

If I were to identify the thing I love the most about the Gilroy Garlic Festival, I’d have to say it’s the way it embodies the chaotic energy of a trickster god.

What’s that, you say? What could be so capricious about an annual summertime event with the simple premise of: city’s historic point of pride plus food vendors and live entertainment equals festival?

It’s something you can’t take away from looking at an event schedule or browsing through photos of an unassuming if highly populated festival ground. In order to get a sense for the joyful, culinary lawlessness the Gilroy Garlic Festival embodies, there’s simply no substitute for experiencing it for yourself. 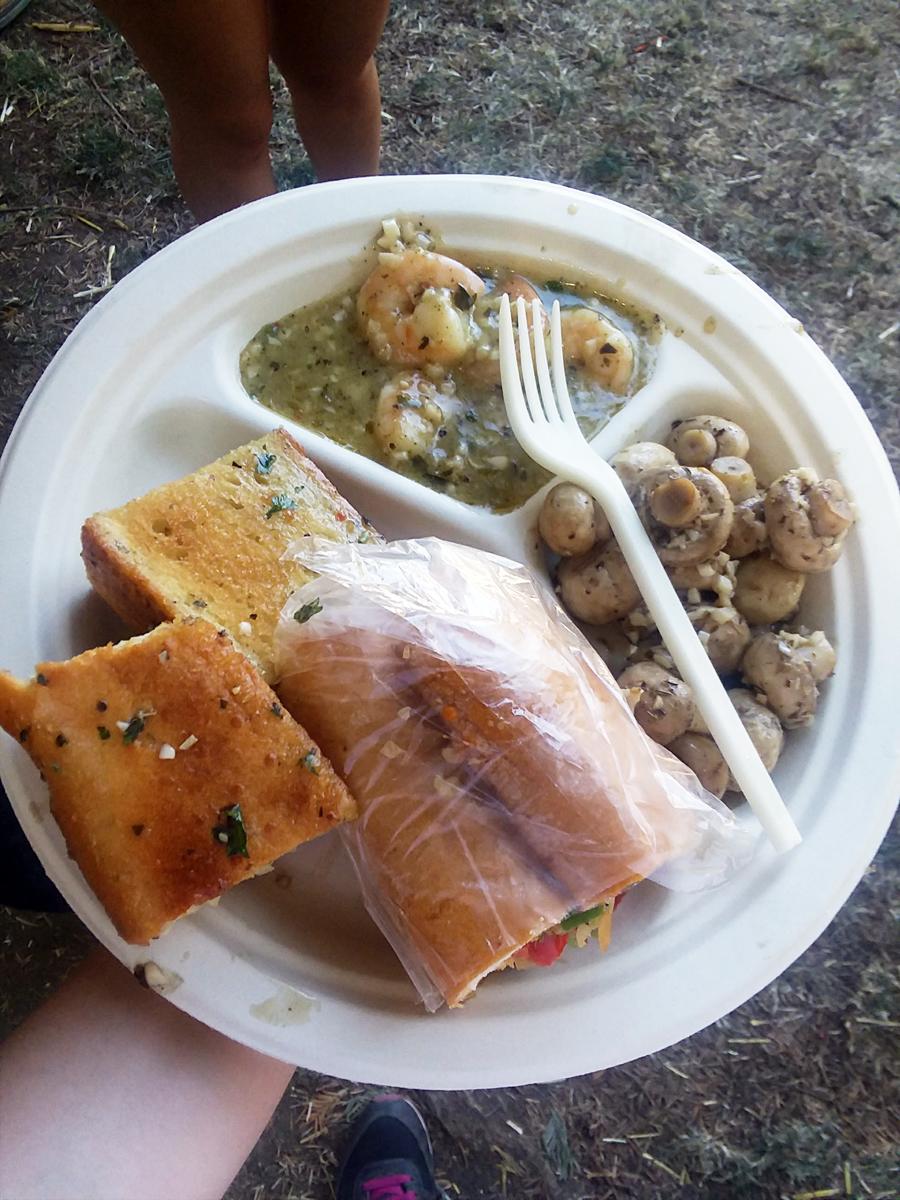 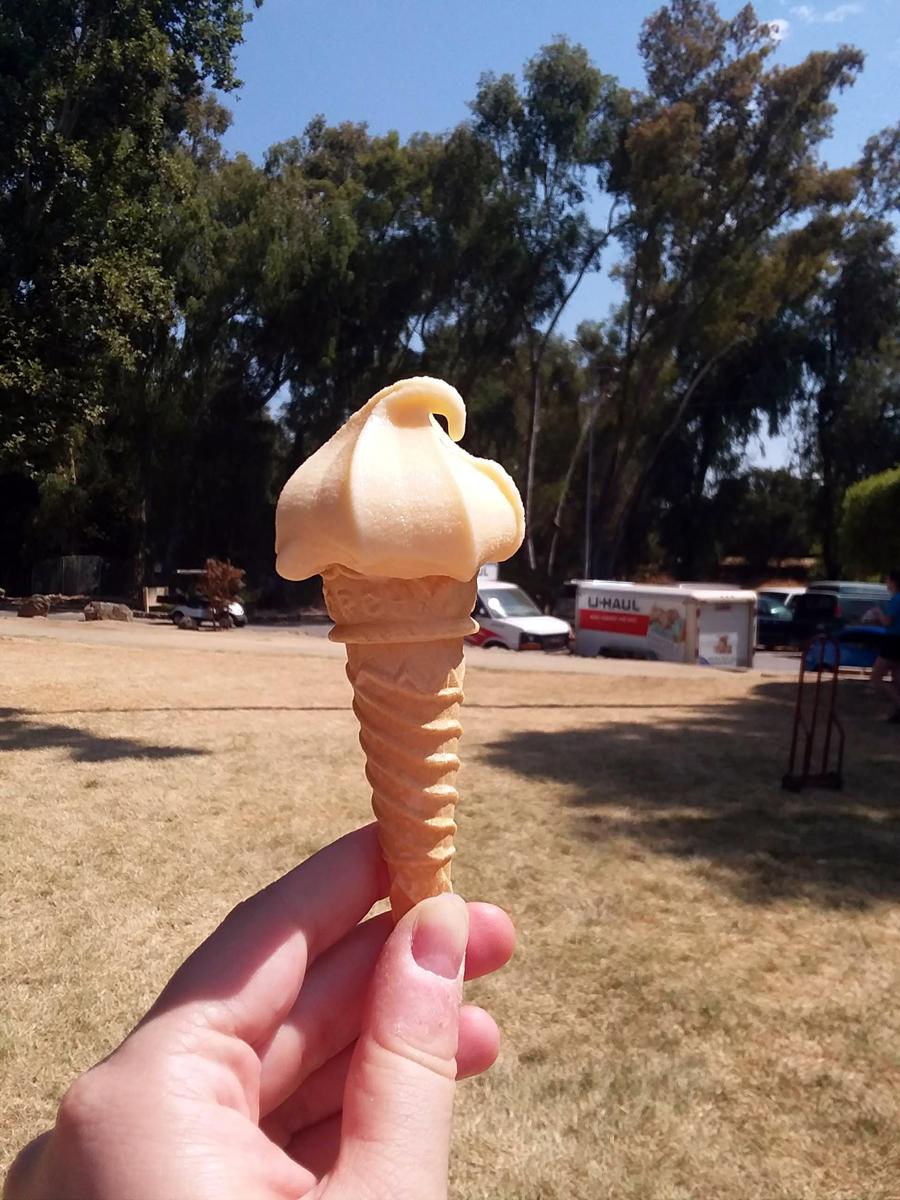 A little background. The festival takes place every year about an hour and a half south of San Francisco in the city of Gilroy. Although not technically located in the Salinas Valley it feels spiritually akin to the way the communities in the region Steinbeck called home (dubbed the “Salad Bowl of the World” for its sprawling agricultural fields) have and take pride in a signature crop. Watsonville is where you go for strawberries. Marilyn Monroe was once crowned the Artichoke Queen in Castroville. And over in Gilroy, it’s garlic that reigns supreme. (Though not nearly as much garlic is grown there as in it’s heyday, it’s still where most of California’s garlic is processed.) In 1979, the first Gilroy Garlic Festival was held as a way for the town to promote and take pride in a crop that was considered “esoteric” and outside the mainstream.

Now the festival is held annually in mid to late July (this year it’s being held July 26, 27, and 28) and attracts tens of thousands (last year the festival saw over 80,000 visitors) consuming more than two tons of fresh, Gilroy-grown garlic every year.

And again, on paper, this is a straightforward event. There are cooking competitions and families seated on hay bales as they munch on a plate of garlic-heavy lunches and take in some live music. Just as one might expect.

But it’s the devil may care, “Sure, why the heck not?” attitude that permeates the festival—that clings to the air like the sticky pungent scent of garlic clings to your fingertips after slicing into a fresh clove. 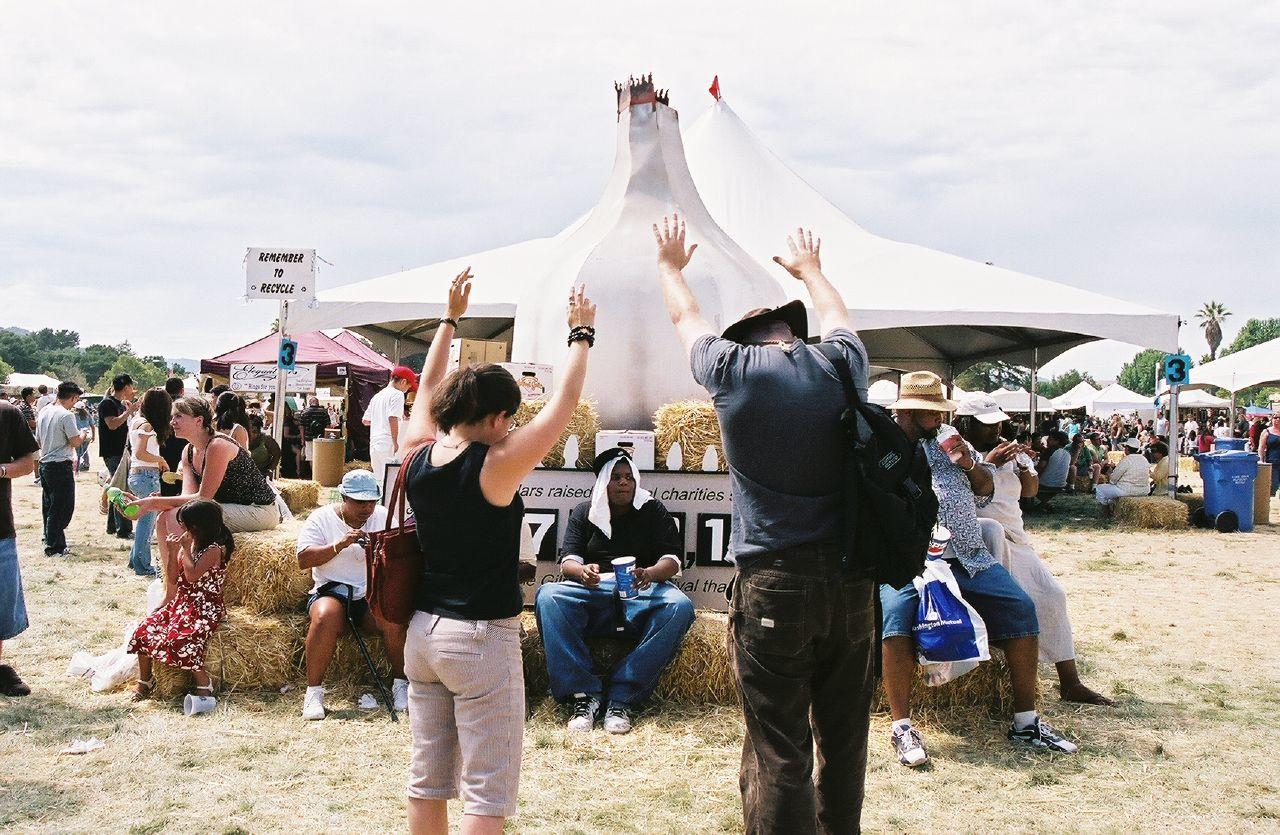 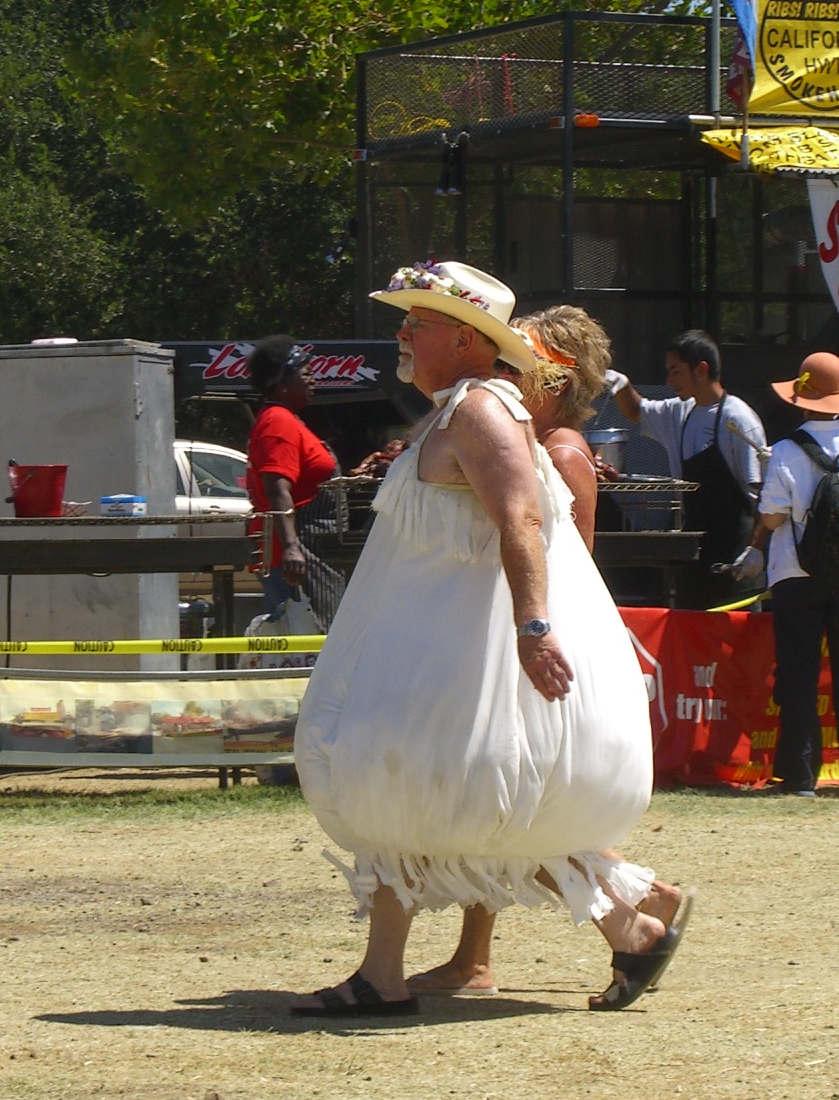 As you walk the grounds, you’ll come across the serpentine queue of revelers waiting for their free cone of garlic ice cream. There’s a giant garlic furnace that spurts flames from its stem as if it were the alter at which post-apocalyptic acolytes gather in Mad Max universe B-plot. Kids walk around with plush, garlic-shaped hats, making you feel like you’re living in a present that grew from an alternate track of history during which Walt Disney had instead placed an anthropomorphized bulb of garlic at the helm in Steamboat Willie. This year the celebrity chef lineup features Teresa Giudice of Real Housewives of New Jersey table-flipping fame.

Sure, why the heck not!?

It is because garlic is an ingredient (and not the Thing itself) that allows it to be so widely integrated into a variety of different avenues. Sure, you’re guaranteed to be eating something delicious if you get a plate of shrimp scampi or sausage and mushrooms with a side of garlic bread (natch) from Gourmet Alley. But there’s a giddy delirium that comes from finding your way to a tasting of garlic-infused wine and living to tell the strange tale. The Gilroy Garlic Festival implores you to embrace chaos, and I am more than happy to open my arms.