Mexico City’s traditional lucha libre fighters––who delight their legions of fans with backflips in and out of the wrestling ring, while clad in colorful masks and skimpy shorts ––may not be staging real matches, but their authenticity as a pop cultural phenomenon is never in doubt.

Elsewhere in Mexico’s capital city, the phrase hecho en Mexico (“made in Mexico”) is taking on added significance, as a new generation of restaurateurs, mixologists, and artisans are emphasizing local ingredients and craft products. There are pop-up markets selling goods by up-and-coming designers, galleries and museums spotlighting the work of more established Mexican artists, and restaurants and groceries adopting the fresh, local model.

Even a traditional luxury property like the Four Seasons Hotel is getting into the act, by recently hosting The Ceviche Project, a pop-up ceviche tasting, and planning a new restaurant that will specialize in regional Nayarit cuisine. Here are five other destinations that reflect different interpretations of Mexican identity and culture. 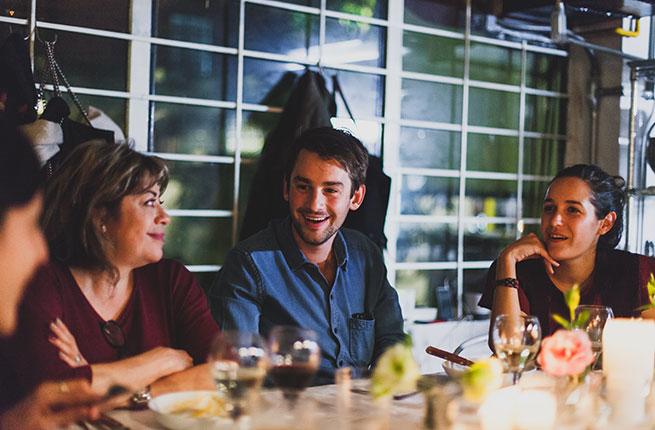 At The Hidden Kitchen, chef Gerardo Aguilar hosts a convivial four-course dinner twice a week for about a dozen guests in his professional kitchen. You can book the entire table or reserve a few seats and be assured of a convivial evening. With a soundtrack of Mexican hip-hop, the French-trained chef might start the proceedings with a gin-based cocktail of the day, before preparing a seasonally driven menu.

Assisted by several sous chefs, Aguilar might pull out globally inspired dishes like a salad of quinoa, cucumber, and citrus fruits in a champagne vinaigrette; a white fish ceviche with cantaloupe, fermented habañero peppers, black tobiko, and seaweed; and a main course of sweetbreads with Portuguese clams, octopus, shrimp, and fresh horseradish. The multi-hour experience, with wine pairings, is value-priced at less than $35 a person.

A Modern Approach to Bugs 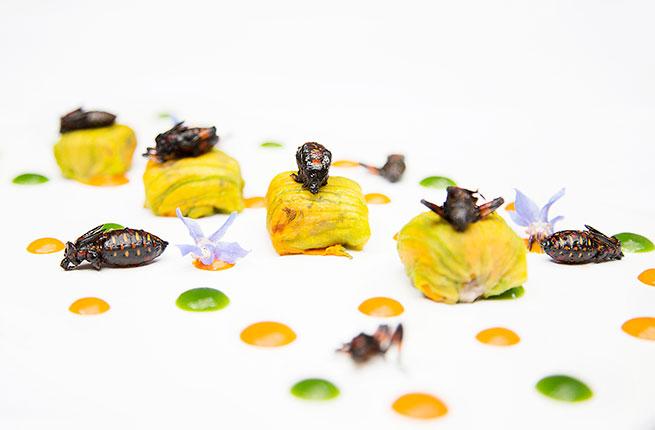 Don’t bug out if there’s an insect on your plate at upscale restaurant-bar Limosneros—it’s supposed to be there. This sleek establishment in the Centro Historico is serving traditional delicacies, like escamoles, or ant eggs, paired with scarlet runner beans and fresh tortillas, while emphasizing local and organic ingredients.

Under general manager Juan Pablo Ballesteros, whose family operates the adjacent landmark Cuban restaurant Café de Tacuba, Limosneros offers plenty of appetizing choices that don’t include small-legged creatures. Among the standouts are rabbit in a “drunken” sauce and squid in a black ink sauce over rice. You can wash it all down artisanal spirits and beers and inventive cocktails, like one blending mezcal, avocado, and cilantro. 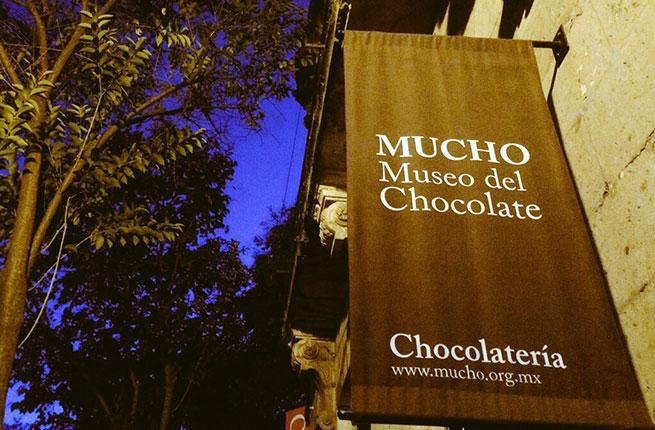 Mucho Mundo Chocolate Museum celebrates the culture and art of chocolate. Situated in a century-old mansion in Mexico City’s historic Colonia Juarez neighborhood, the museum is a passion project of Ana Rita Garcia Lascurain, an architect who has lovingly restored the circa 1909 property. Exhibits at the four-year-old museum trace the history of cacao, whose seeds were so valuable that they were used as currency by the Aztecs, and explain the development of the modern chocolate industry.

You can try your hand at making chocolate using a traditional metate, or grinding stone. Don’t miss the small, fragrant room on the second floor lined with some 3,000 chocolate discs, but save your sampling for the café-shop, which serves chocolate drinks, including one mixed with corn, chile and honey, and all manner of chocolates—the adventurous will want to taste the bar made crunchy by the inclusion of grasshopper parts. 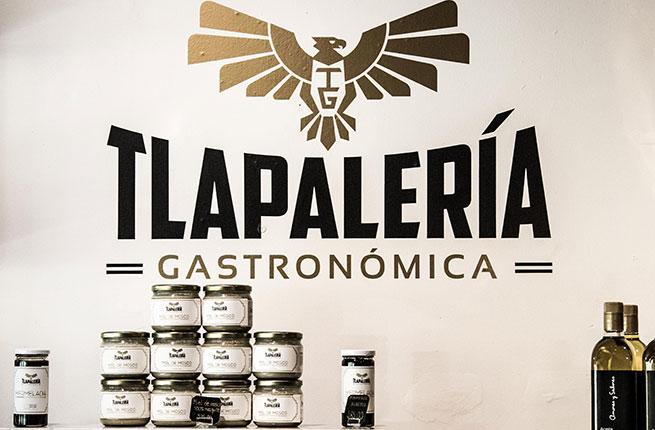 The name of Tlapaleria Gastronomica, a year-old shop in the artsy Roma neighborhood selling artisanal products made in Mexico, is a play on words, meaning gastronomic hardware store. Here you will find a range of products produced locally and from other regions of the country, including salsas, chocolate, beer, tequila, and mezcal. You can sample the Via Corta coffee roasted in Puebla at the coffee bar, and other products are also showcased during regular tastings.

If you’re really hungry, head next door to sibling restaurant El Parnita for inventive tacos—like one with grilled tuna, fries, and guacamole—and other creative riffs on traditional Mexican street foods.

Magical Cocktails Beyond the Margarita

Tucked into the lower level of an unassuming building in the Colonia Juarez neighborhood, Xaman Bar is one of Mexico City’s newest mixology bars. The dimly lit space is dominated by a laboratory-like bar, stocked with plants and various beakers and glass vessels, and presided over by French bartenders from Le Baron who have teamed up with local collective Grupo Sicario.

The bar’s name is celebrated in a separate lounge space with wooden bookshelves carrying volumes about the role of the shaman or medicine man. The thoughtfully made drinks—such as the signature cocktail incorporating white tequila, Ancho Reyes, laurel syrup, and a twist of grapefruit—will have you believing in the shaman’s powers by the end of the night.