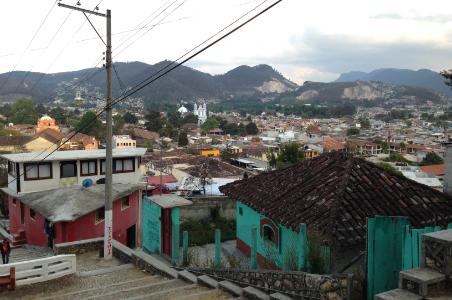 Think of Chiapas as the Oregon of Mexico: It's green and gorgeous and one of the best destinations in the republic for nature lovers. The state's cultural capital, San Cristóbal de las Casas, is a town of cobblestone streets and red-tile roofs set at 7,200 feet above sea level, amid pine-filled forests. The city is a destination unto itself for great shopping, lively nightlife, appealing restaurants, and a fascinating glimpse of local indigenous life—and it also makes a great base for exploring Chiapas' stunning nature. Check out our long weekend itinerary for a taste of both city life and nature. 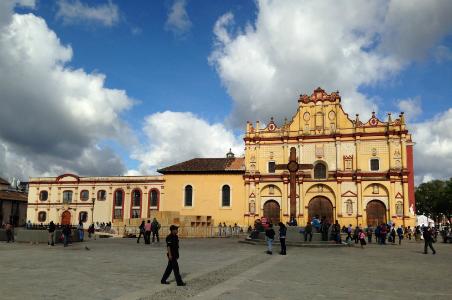 Bring your camera along for a stroll through the city's beautiful colonial buildings and cobblestone streets. If you arrive by midday, head toward the Santo Domingo church to hit the daily markets. Just behind the church is the sprawling food market, selling gorgeous specimens of the fruits and vegetables that grow abundantly in the Chiapas Highlands: mangos, avocados, marble-sized tomatoes, and rainbows of chilies. Hungry yet? Head to the food stands at the center of the market for a cheap meal. Caldo de pollo, a traditional chicken stew, is popular in this sometimes-chilly mountain town and a good bet for a hearty, home-style lunch. 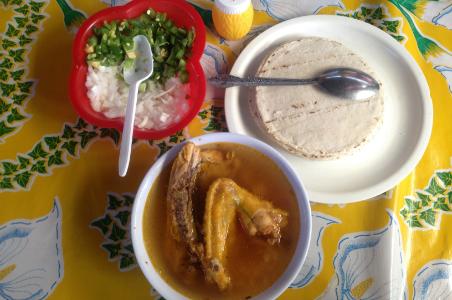 The textiles market in front of the Santo Domingo church sells locally made indigenous goods, like blankets embroidered with fantastical creatures, knitted shawls for the evening chill, and leather huarache sandals. Don't make any purchases before checking out the offerings at the Centro de Textiles del Mundo Maya, just next to the church. It's free to enter Sna Jolobil, a cooperative selling the most exquisite (and expensive) goods in town. Once your appetite is whetted for woven goods, the museum inside the church is a fantastic place to spend a couple of hours. It has the best collection around of traditional huipiles, the intricately embroidered blouses worn by local indigenous women, stored in pullout displays on the building's second floor. 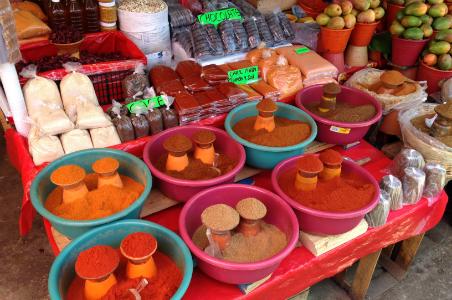 Pedestrian thoroughfare Real de Guadalupe is lined with chic shops, restaurants, and cafés. Pop into Botanicus for exquisite, handcrafted soaps, shampoos, and lotions made with natural ingredients or Corazón Artesanal for contemporary clothes and accessories crafted from traditional textiles. At the east end of the street and up a flight of steps is the Iglesia de Guadalupe church, which offers the best city and sunset views. If you're cold after dark, pop into one of the town's many chocolaterias for a cup of the hot, strong, and dark stuff. For dinner, hit Tierra y Cielo, where chef-owner Marta Zepeda is exploring the regional cuisine of Chiapas using local ingredients and traditional cooking styles. Her unusual and delicious menu includes dishes like soup made from the native chipilín herb served with cheese-stuffed blue-corn balls, a chayote salad with dressing from a special kind of local mango, and fish from the Chiapas coast cooked in banana leaves. Don't miss dessert here either.

Get up early for an excursion to the beautiful Cañon del Sumidero, a picturesque river gorge about an hour from San Cristóbal. Your hotel can arrange the tour, which usually leaves bright and early and ends with lunch in Chiapa de Corzo, another historic town. As your boat speeds down the river between soaring limestone cliffs, your guide will stop the boat to point out crocodiles sunning on rocks. 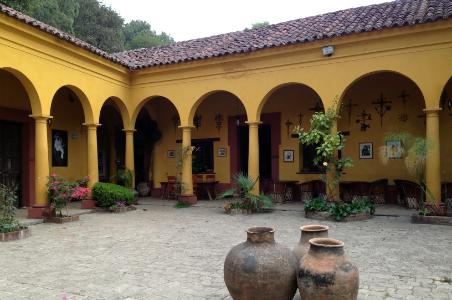 After resting up, check out the unusual and intriguing Museo Na Bolom. The former home of a married Danish archaeologist and Swiss photographer, this beautiful restored hacienda has been converted into a cultural association and small hotel, which offers a rare look at the isolated inhabitants of the Lacandon jungle in southern Chiapas as well as at the exotic lives of the couple in question.

For a post-museum aperitivo, hit up La Poshería, which specializes in the local sugarcane spirit known as pox (pronounced “posh”). The stuff is strong but goes down more easily at this chic, pocket-sized bar where you can sample varieties like cinnamon, hibiscus, and basil. For dinner, head around the corner to Cocoliche (Colón 3, +52 967 631 4621), a lively, colorfully decorated place offering fresh, carefully presented fare ranging from salads to burritos to Thai curries. Stick around for the nightly live music or hit the bars on Real de Guadalupe. Inter Vino is nice for wine, and El Cau (Real de Guadalupe 57, +52 967 631 7298) offers drinks, tapas, and frequent live music in a chilled-out setting. 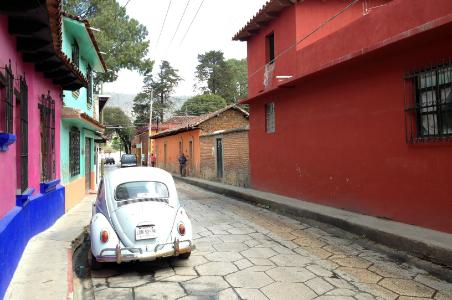 If you can wake up early, there's still time to squeeze in another quick excursion. There are several intriguing Mayan villages near San Cristóbal, but don’t miss San Juan Chamula, whose big draw is the ornate Iglesia de San Juan Bautista. It may look like a traditional Catholic church with pictures of saints lining the interior, but there's more going on than meets the eye. You'll want to come as part of a tour (easily arranged through your hotel) or hire a guide on site to have someone explain the rituals happening inside: people lighting rows of colorful wax candles and letting them burn into puddles on the floor, ceremonies involving bottles of carbonated soda, and even live chicken sacrifices—all syncretist religious practices of the local Tzotzil people.

PLAN YOUR TRIP: With an airport just an hour away in the Chiapas state capital of Tuxtla Gutiérrez, San Cristóbal is a doable side trip from popular destinations like Mexico City, Cancún, or Mérida. Keep in mind that the winter months can be chilly in this mountain town, especially at night, so pack accordingly.

Where to Stay: Casa Felipe Flores, a bed and breakfast that was originally two side-by-side colonial houses, is well located in the city center and beautifully furnished with antiques—plus, there's a fireplace in every room for cool nights. Friendly proprietors David and Nancy Orr go out of their way to get to know guests and make sure they feel at home. Boutique property Hotel Bo is one of the nicest options in town, featuring beautifully landscaped grounds, a well-regarded restaurant on site, and rooms with flat-screen TVs and Casa Etro luxury bath amenities.