Istanbul is a city of layers, with the remains of empires entangled with a modern buzzing metropolis.

Spread over two continents bisected by the Bosphorus Strait and bursting with history and culture, Istanbul is never boring. Explore ancient basilicas and Byzantine churches, modern art galleries, the palaces of Sultans, and lively markets as you weave your way through the city. Three days is just enough to get a taste of a place that never seems to stop moving.

Begin your day bright and early in the old city of Sultanahmet. Visit the splendid Aya Sofya, a rose-colored Byzantine church that became an imperial mosque when the Ottomans conquered Constantinople, and made a final transformation into a museum soon after the founding of the Turkish Republic in the beginning of the 20th century. Admire the gold-speckled mosaics that decorate the walls. Afterward, make your way across the street to the Basilica Cistern, where you can descend into the cool dim-lit depths of the Byzantine-era waterway. Nearby is Topkapı Palace, the seat of the Ottoman Empire until the 19th century, where the Sultan maintained his court and harem. Spend time admiring the intricate tile work in the Harem and the ornate rooms with wide views of the Bosphorus. 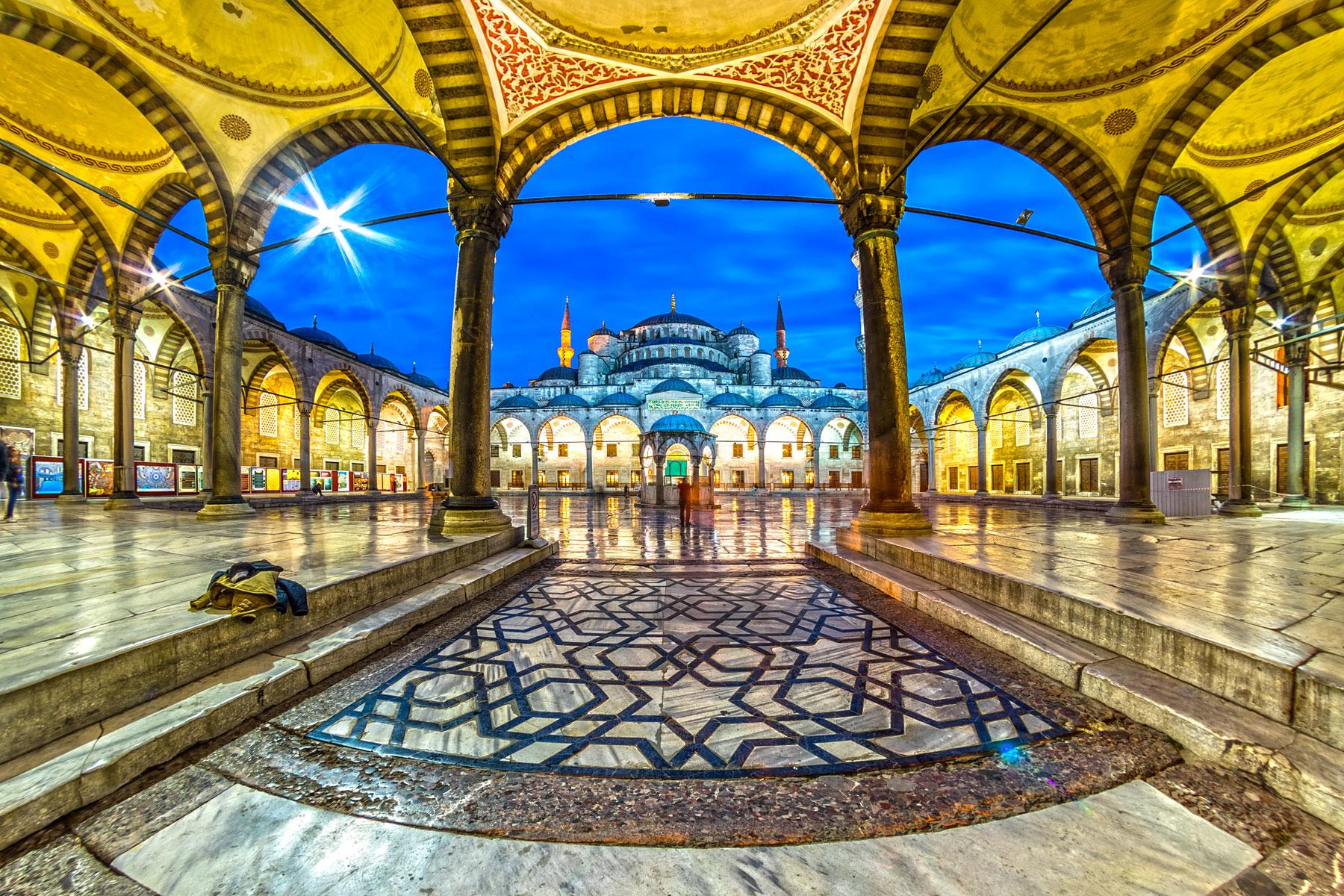 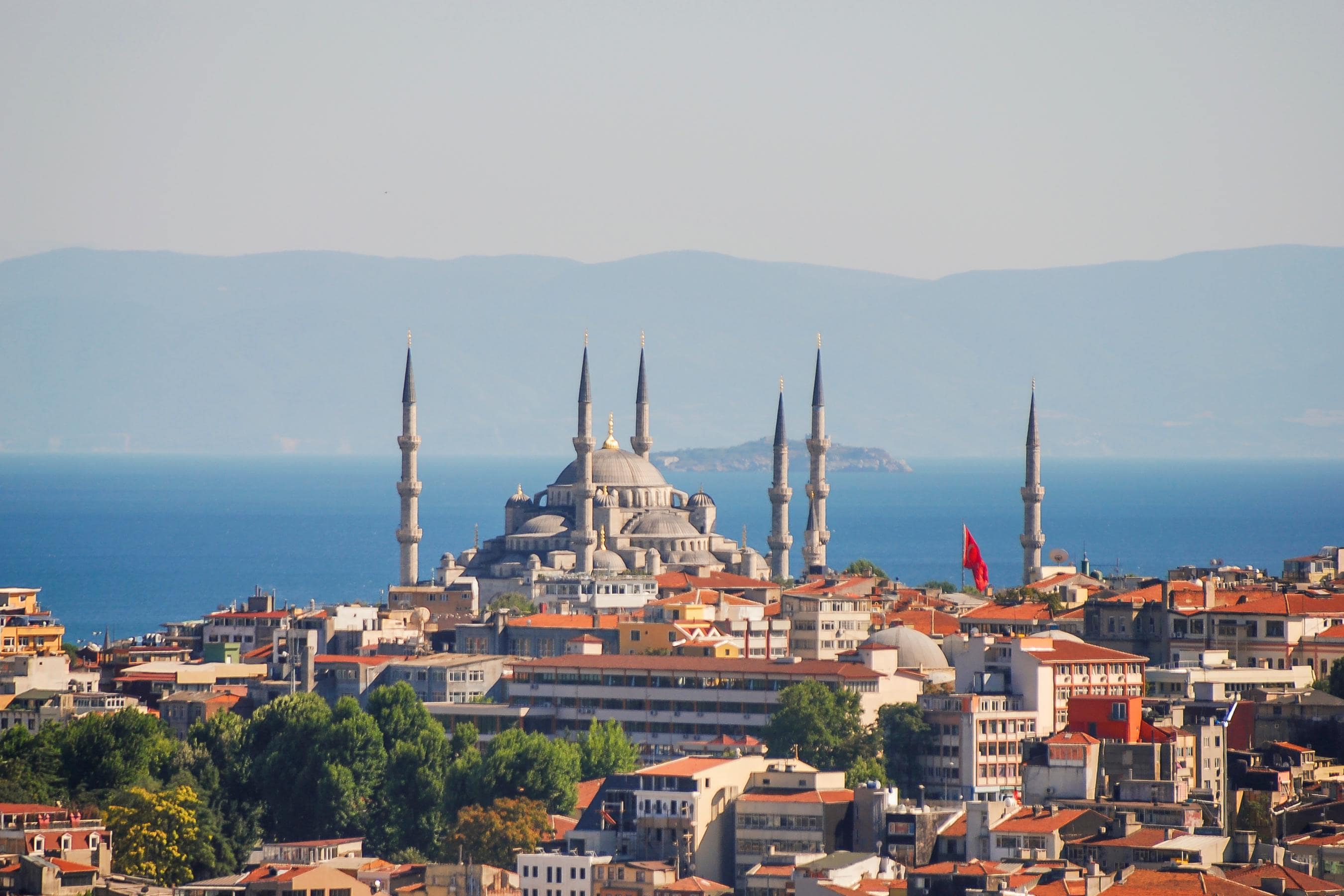 Pause for lunch at Tarihi Sultanahmet Köftecisi, a historical no-frills shop in the heart of Sultanahmet that serves perfectly crafted meatballs, to fuel up for the afternoon.

Hop on the tram and ride it two stops to Beyazit, where you’ll find the entrance to the Grand Bazaar. Filled with twisting, labyrinthine pathways and bursting with shops selling everything from leather goods to colorful carpets to pocket watches, the Grand Bazaar is an ideal place to let yourself get lost. Shop owners will often invite you in for a tea while you haggle prices; this a place to shop at a leisurely pace.

When you’ve found your perfect souvenirs and emerged from the bazaar, walk a short distance to Süleymaniye Mosque, where you can soak in views of the city from one of the most renowned mosques in the city.

Go for dinner at Hamdi Restaurant, a kebab house with stunning terrace views of the Golden Horn.

Fill up with a hearty full-spread breakfast at one of the many kahvaltı places in the city such as Van Kahvaltı Evi (at Kılıçali Paşa Mahallesi, Defterdar Ykş. 52/A, Beyoğlu) before you set out to explore the other side of European Istanbul in Beyoğlu. This is the lively cultural center of the city, where Istanbul’s art scene flourishes. Visit the temporary space in Asmalımescit, where the museum has relocated while its usual building on the shores of the Bosphorus is rebuilt. Then delve into the independent gallery scene nearby, with favorites like Galerist (Meşrutiyet Cd. 67/1), DEPO (Lüleci Hendek Caddesi No.12), and Zilberman Gallery (İstiklal Cad. No.16), all offering innovative exhibitions of local and international artists.

Beyoğlu’s cosmopolitan vibe is rooted in its late-Ottoman history, when the neighborhood was primarily home to Greeks, Jews, Armenians, and other Ottoman minorities. Learn about the Jewish history of Turkey at the Jewish Museum, which has comprehensive exhibitions about the Jewish residents who called Istanbul home. 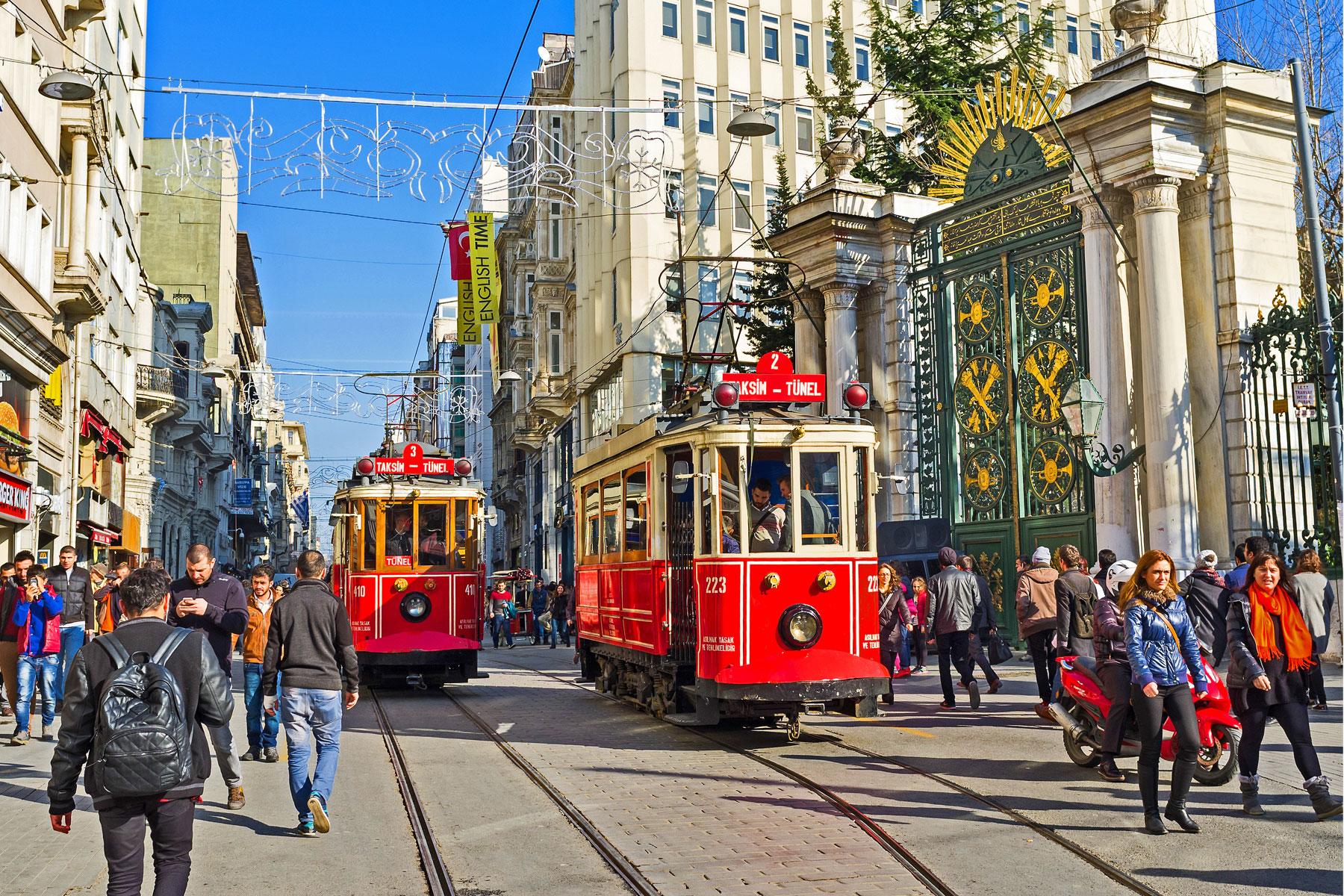 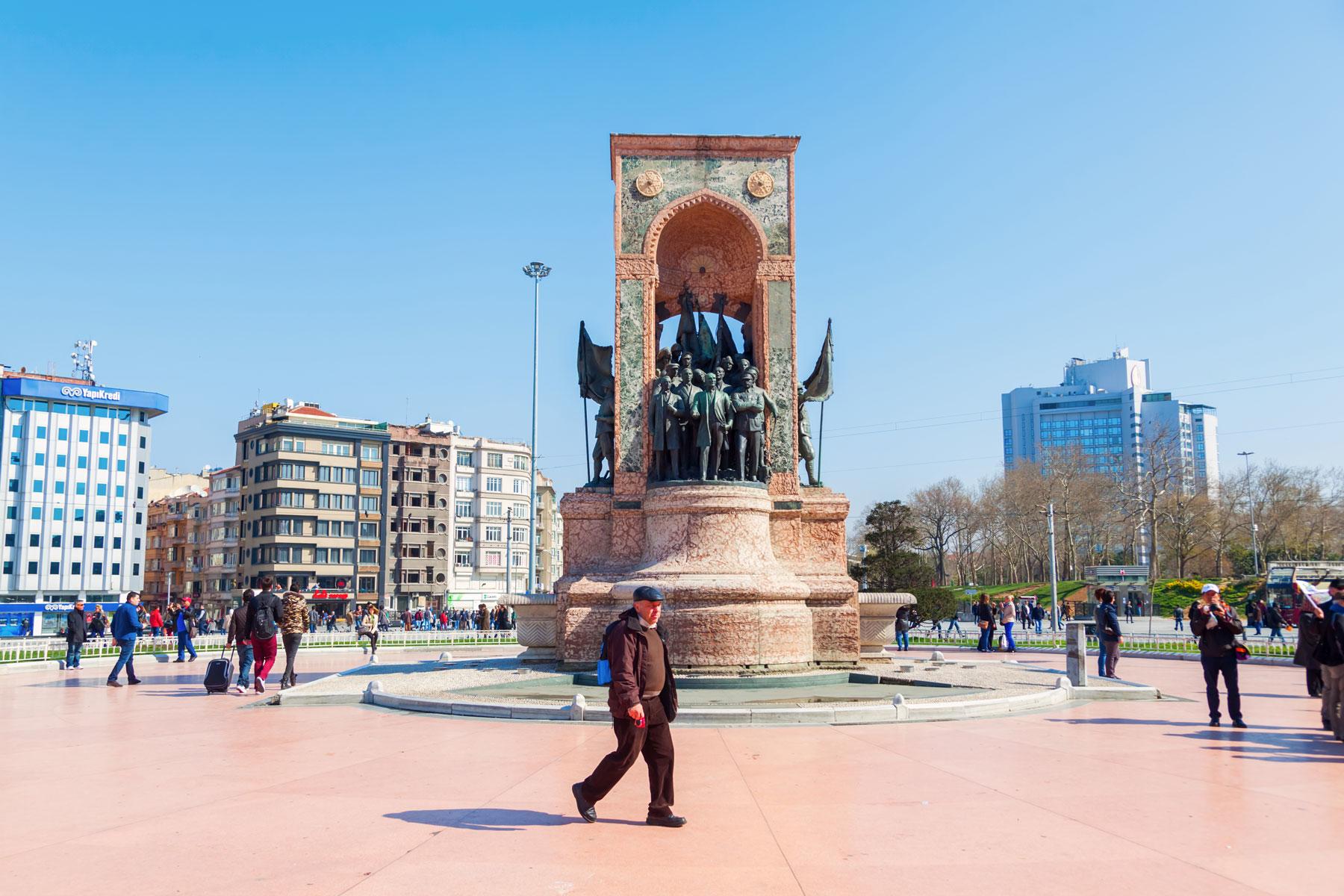 Stroll down İstiklal Caddesi, the main pedestrian boulevard, towards Taksim Square; from there, descend via funicular to the shore road, where you’ll find Dolmabahçe Palace. This was the imperial “European”-style residence that the Ottoman sultans relocated to in the 19th century, and you can tour the luxurious, decadent interiors.

For dinner, you can choose to dine at a meyhane like Sıdıka in Beşiktaş (near Dolmabahçe Palace), which specializes in freshly-made Aegean meze and seasonal fish. Or, make your way to Aheste in Beyoğlu, where the stylish and innovative contemporary menu draws from Persian, Arabic, and Turkish influences.

After two days exploring Istanbul’s European side, board a transcontinental commuter ferry and set off for the varied textures of Asia. Sip a Turkish tea on the 20-minute ride and enjoy the views of the city from the water. You’ll disembark in Kadıköy, a vibrant and trendy neighborhood on the Sea of Marmara and the Bosphorus. Wander through the twisting tree-lined streets of the neighborhood, and notice the colorful murals that cover many of the buildings. Eventually, make your way to the Kadıköy fish market, where vendors hawk their fresh catch along with a cornucopia of fruits and vegetables, silky olives, hunks of white cheese, sharp sour pickles, and more.

Head to Çiya for lunch, where the ever-rotating daily menu utilizes seasonal produce to make regional recipes from the country’s southeast.

Hop in a cab or dolmuş and take a short ride to Üsküdar, a more conservative neighborhood. This is where you can spot some splendid Ottoman-era mosques and experience a different side of Istanbul’s Asian side. Mihrimah Sultan Mosque and Yeni Valide Mosque are both central and easy to visit.

Afterward, continue along the coast to Beylerbeyi Palace, a former Ottoman summer palace that sits just under the Bosphorus Bridge. It’s a fairly short (15 minutes) drive or long (one hour) walk. The modern and historical twist and mesh, with the mighty modern bridge shadowing the Ottoman palace. Sit in the tea garden by the water and enjoy a moment of quiet in this city in motion. 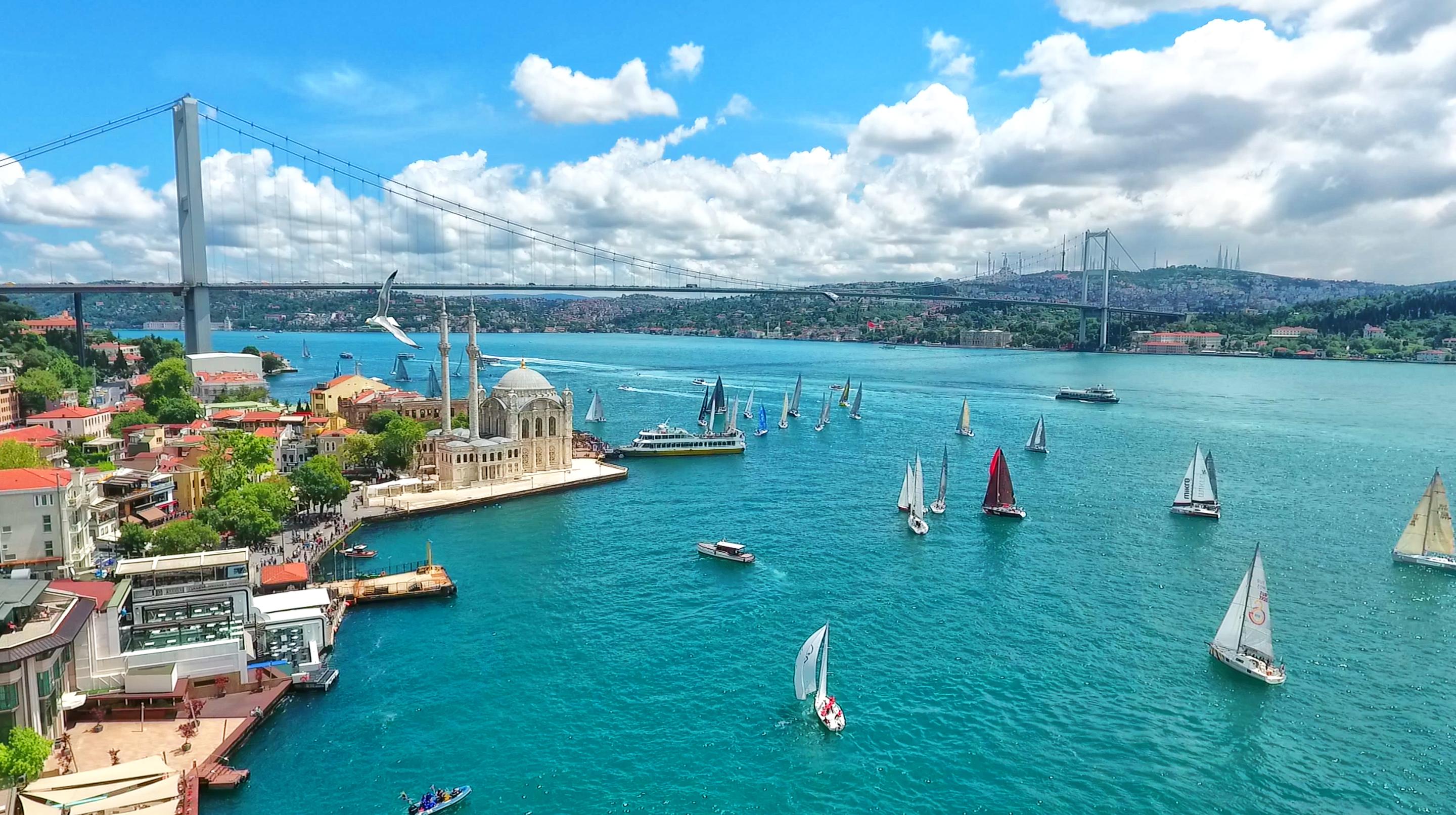 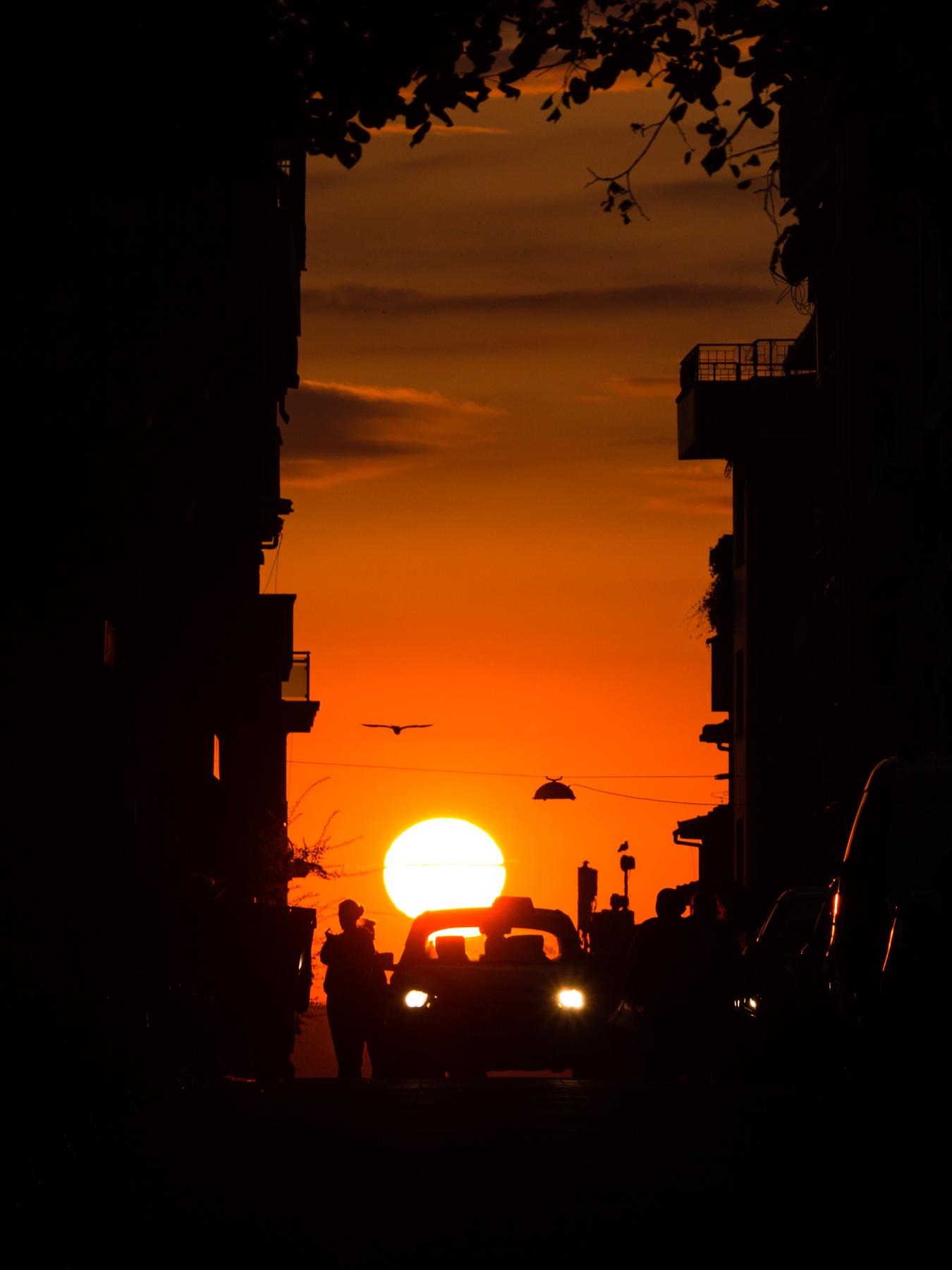 There are plenty of hotels both in the historical center and in Beyoğlu’s more residential neighborhoods, as well as some in former palaces on the seaside. For a fully luxurious experience, stay in the Çırağan Palace, a former residence of Ottoman sultans located on the shores of the Bosphorus. For a more intimate experience in the historical center, stay in Darussade, a restored 19th-century house with cozy rooms and a rooftop terrace with a view.

Istanbul is a major hub, and easily accessible by most major airlines. There are currently two airports, the new Istanbul Airport on the European side and Sabiha Gökçen on the Asian side. Turkish Airlines runs direct flights from many major American cities.

Istanbul is ideal during late summer or early fall, with April–May and September–October offering the most comfortable weather for exploring. Summer is hot, humid, and sunny, while winters are overcast and rainy.