Scotland has almost 800 islands dotted around its long coastline and each of them has its own distinct appeal.

Scotland’s islands may be generally small and fairly far-flung, but several have an outsize influence. They’ve inspired great works of literature—Nineteen Eighty-Four and Treasure Island, to name two—and have influenced everything from fashion—Harris Tweed and Fair Isle come from the islands—to distilling—whiskey distilleries are scattered throughout them.

Each island has uniquely evolved in its isolation and no two are quite alike. From one that was the center of innovation in the Neolithic world to another currently leading the world in renewable energy to an island that you can walk to from the capital city to some so remote you may find yourself stranded there for a while, here are some of Scotland’s best islands to visit. 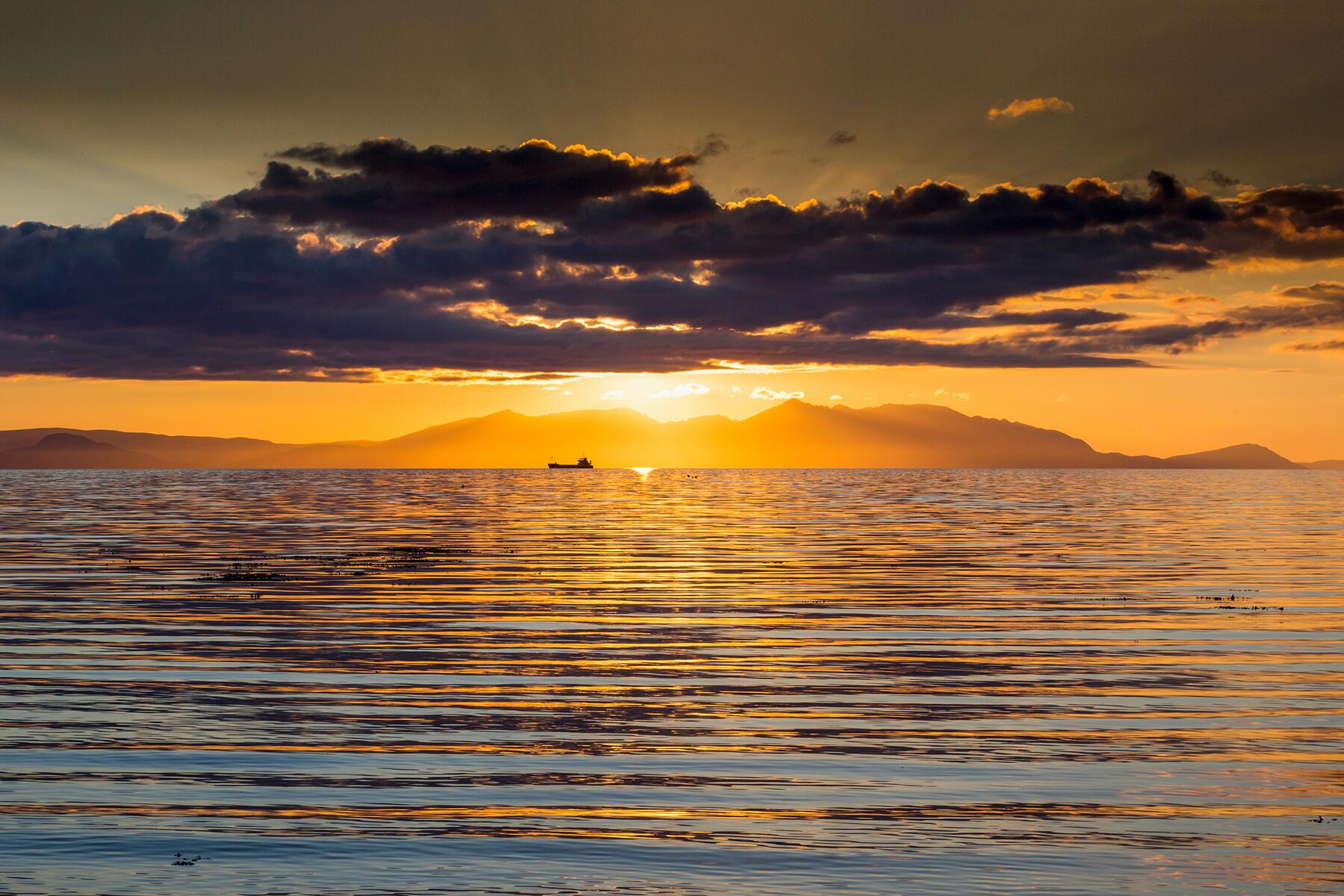 WHERE: Firth of Clyde

The largest island in the Firth of Clyde, off the southwest coast of the mainland, the Isle of Arran is one of Scotland’s most accessible islands. Just two and a half hours, by road and ferry, from central Glasgow, you can easily make it there and back within one day. But we’d recommend staying a night or two to give yourself time for hiking in the mountainous northern part of the bean-shaped island, enjoying the beaches in the south, exploring the circular coastal road, and trying a few beverages from the island’s own brewery and whisky distillery. 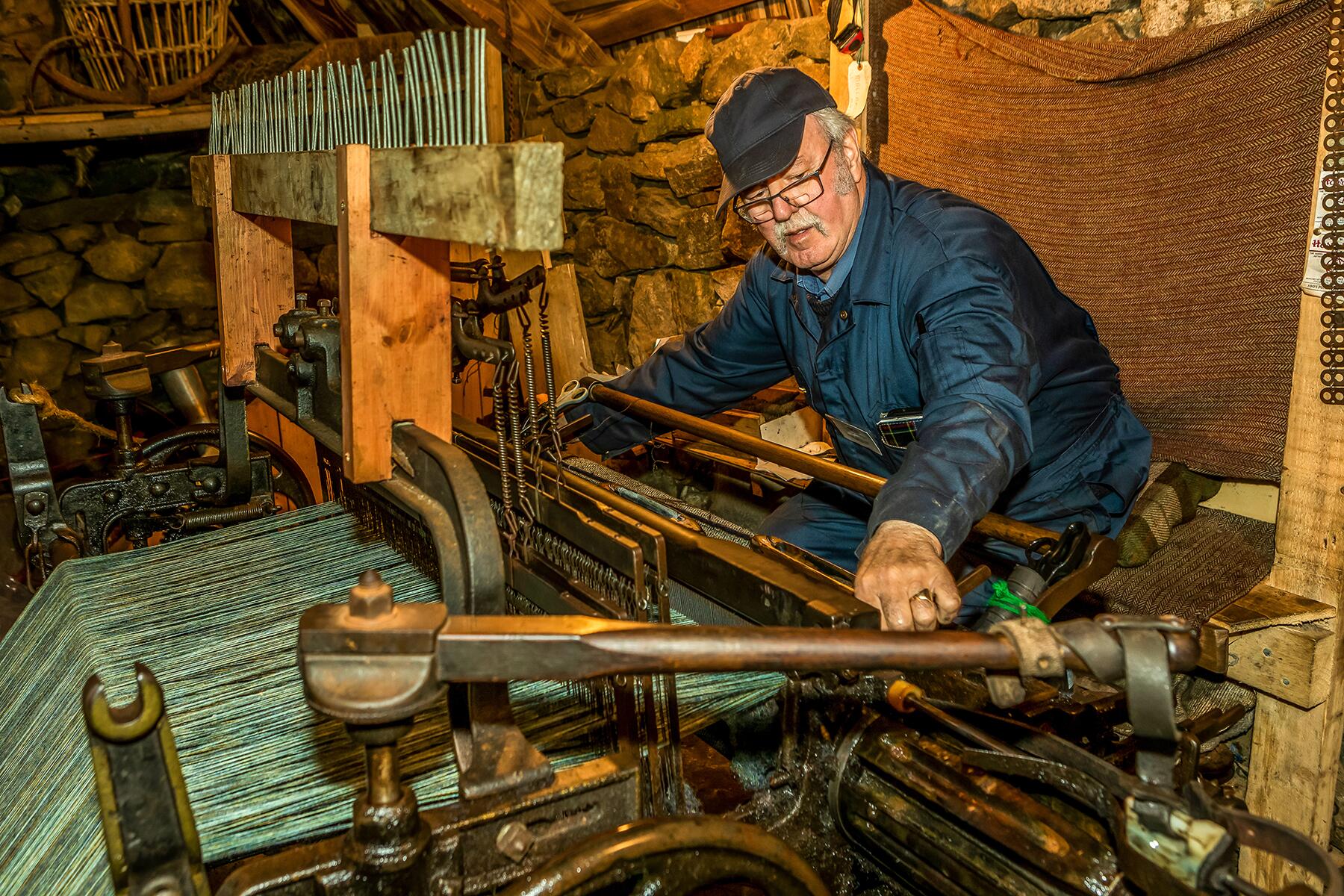 Although they are often referred to as separate islands, Lewis and Harris are two parts of the same island, Scotland’s largest. Harris is probably the better-known part, having given its name to Harris Tweed, which is still handwoven by islanders in their homes, but many weavers live on the Lewis side.  The famous Harris Tweed Hebrides mill, where the fabrics are processed, is not open to the public, but visit weavers in their homes, such as Norman MacKenzie in Lewis or Donald John Mackay in Harris.

While in Lewis, pay a visit to An Lanntair in Stornoway, the capital of Lewis and Harris. This impressive arts venue is a hub for visual arts, theater, cinema, and literature and hosts the Faclan book festival in fall. 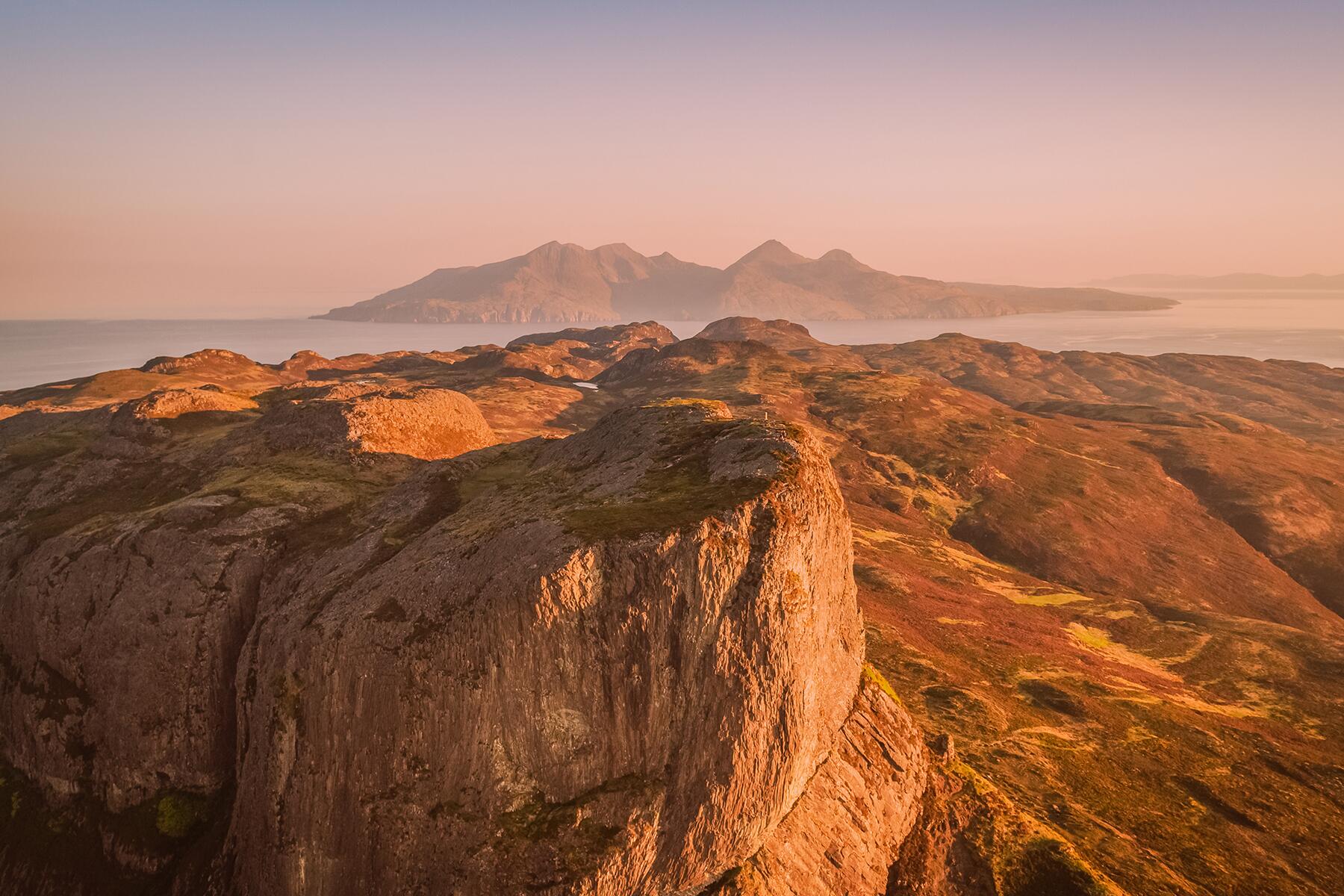 Just over 20 years ago, the Eigg community bought the island on which they live, thus ending more than a century of oppressive rule from private landowners. Now in control of their own destiny, Eigg has flourished ever since. The population has jumped from 64 to 105, and islanders have renovated long-neglected buildings and established new businesses, such as a microbrewery and record label (Lost Map). Most famously, in 2008, Eigg became the world’s first community to launch an off-grid electric system powered by wind, water, and solar: it runs on close to 100% renewable energy.

It’s the independent, sustainability-minded community that makes Eigg so special, but its natural attractions are also appealing. From the peak of An Sgùrr to the quartz beach of Cleadale, where the sand “sings” when you walk over it. 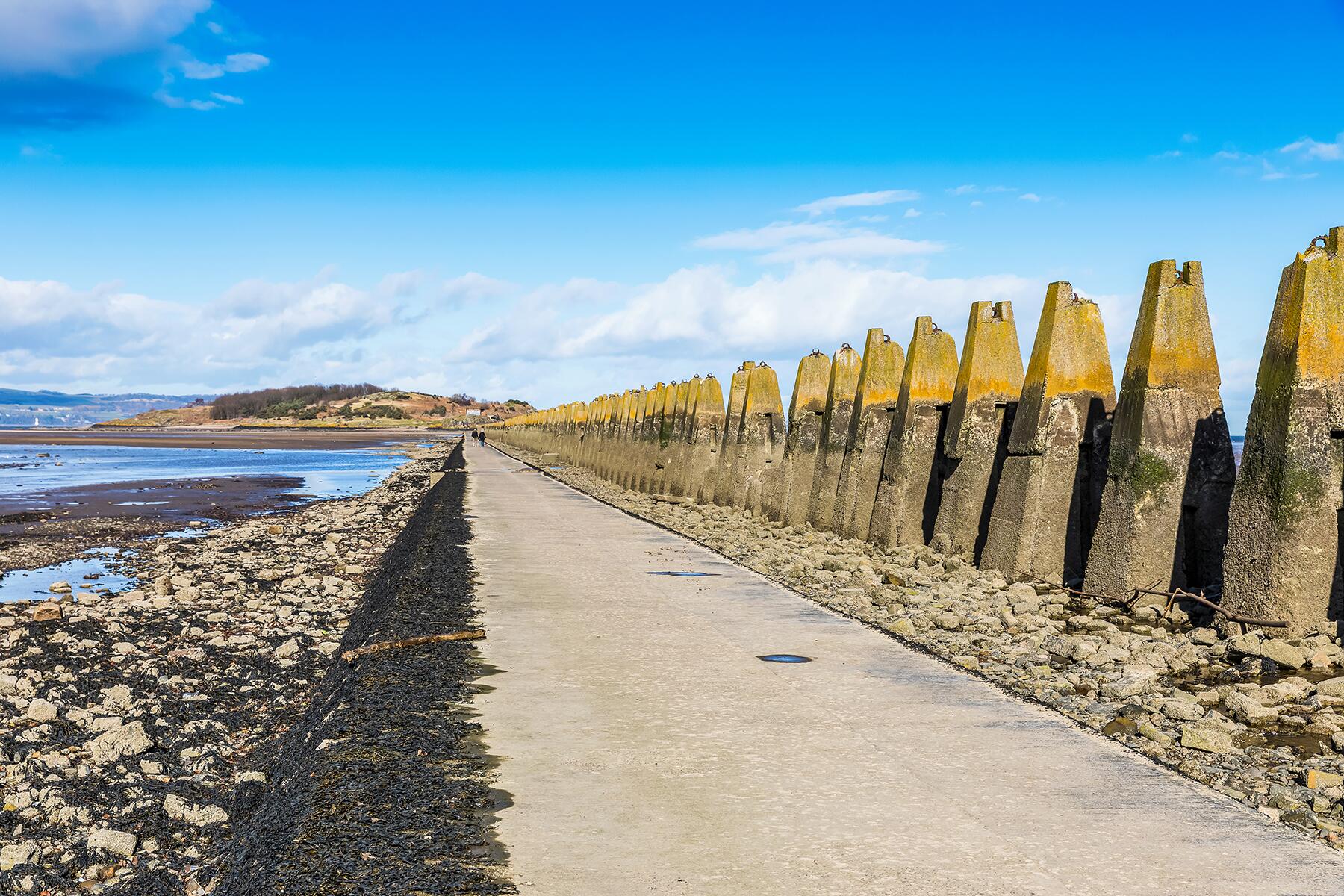 WHERE: Firth of Forth

Cramond Island isn’t always an island. It’s a tidal island, cut off from the mainland only during high tide. When the tide is out, you can stroll across the causeway that connects it to the village of Cramond, which, with its charming row of whitewashed houses and sandy beach, is worth lingering in. Though now uninhabited, the ancient Romans are believed to have once had a presence and, during World War II the island was requisitioned and numerous military structures built, the ruins of which are still dotted around the island.

Cramond village is a 30-minute bus journey from Edinburgh’s city center. If you want to walk over to the island, you absolutely need to check the tide times. Don’t get stranded when the tide comes in—the Royal National Lifeboat Institution, which will have to rescue you, is crewed by volunteers who shouldn’t really be expending their resources rescuing unprepared tourists. 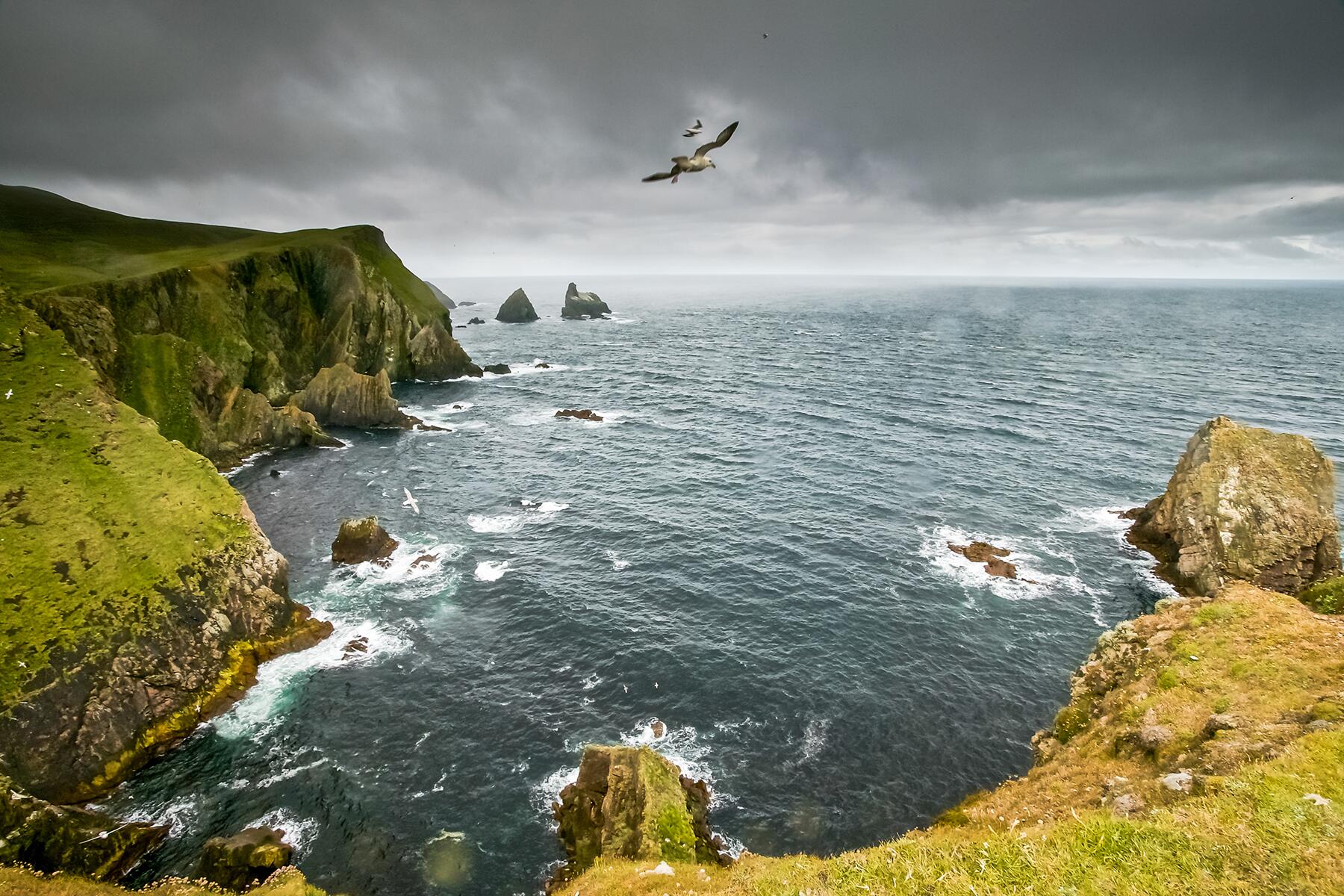 The United Kingdom’s most remote inhabited island may be far-flung out in the North Atlantic, halfway between the Orkney and Shetland archipelagos, but it is world-famous among birders and fashionistas alike. The island’s isolation and small human population (around 50) makes it a preferred stop for migrating birds, with at least 350 species having been spotted on the island. During summer, Fair Isle’s tall sea cliffs brim with seabird life, including puffins, razorbills, arctic terns, and gannets. Fair Isle’s other major appeal is the style of knitting to which it gives its name. There are a handful of islanders who continue the tradition of knitting Fair Isle sweaters, mittens, and hats, which they sell directly from their croft houses.

Sadly, the Fair Isle Bird Observatory, the island’s main accommodation, burned down this spring. There are few other options on the island so you will need to plan far in advance.

INSIDER TIPGetting to Fair Isle is reliant upon the weather, with both the seven-passenger airplane and bumpy ferry journey often canceled at short notice. Keep your travel schedule flexible and consider buying insurance in case plans have to change. 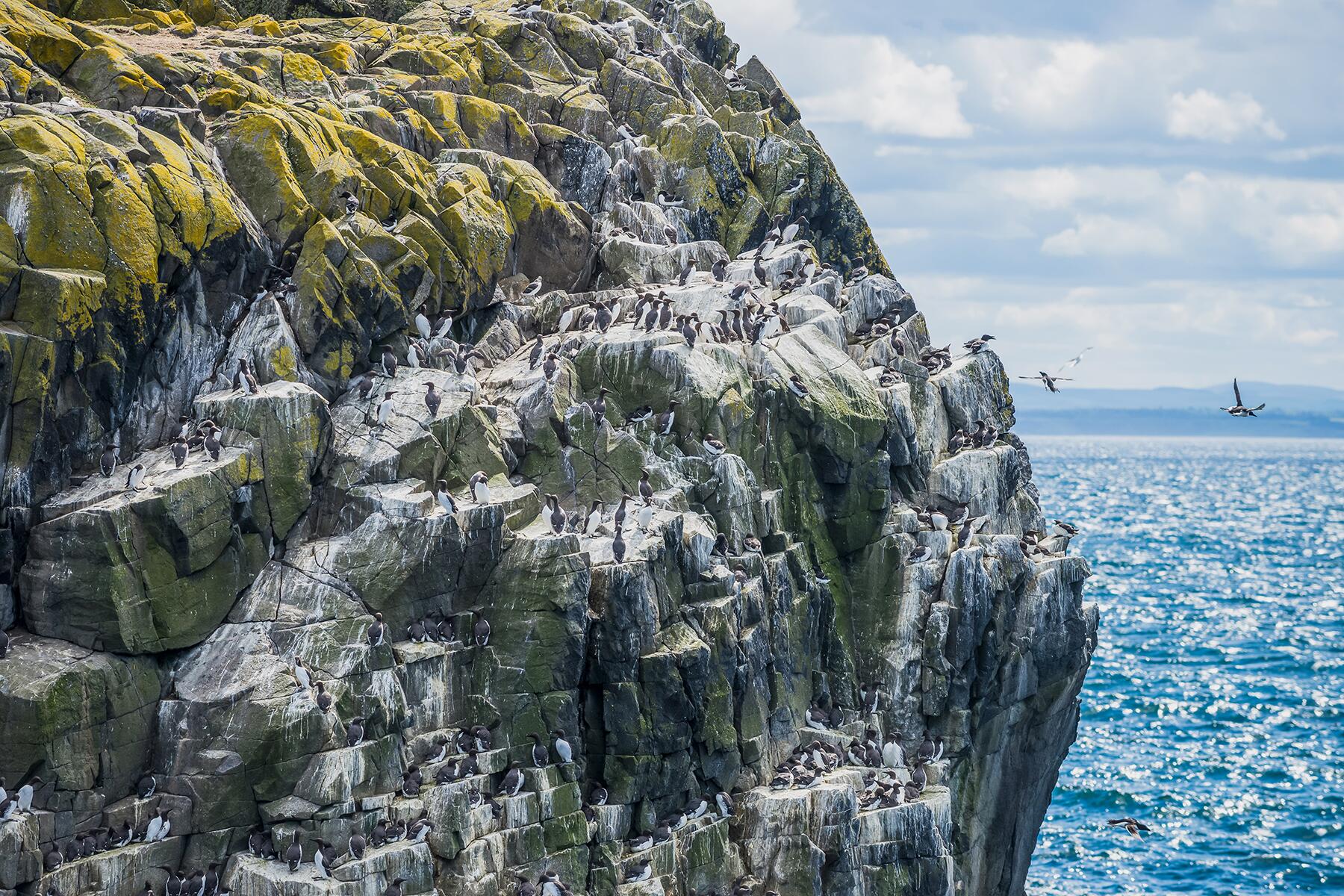 Just one mile long, the uninhabited Isle of May is home to more than 80,000 Atlantic puffins from April through July. A quarter of a million seabirds, including guillemots, fulmars, razorbills, cormorants, and arctic terns, breed on the island and during the summer you might also spot whales. The Isle of May is just off the coast of the small fishing village of Anstruther from where you can travel by ferry or rigid inflatable boat.

INSIDER TIPAfter your boat trip, have a fish supper at the Anstruther Fish Bar. It’s not exactly a secret but is one of the U.K.’s best fish and chip shops. 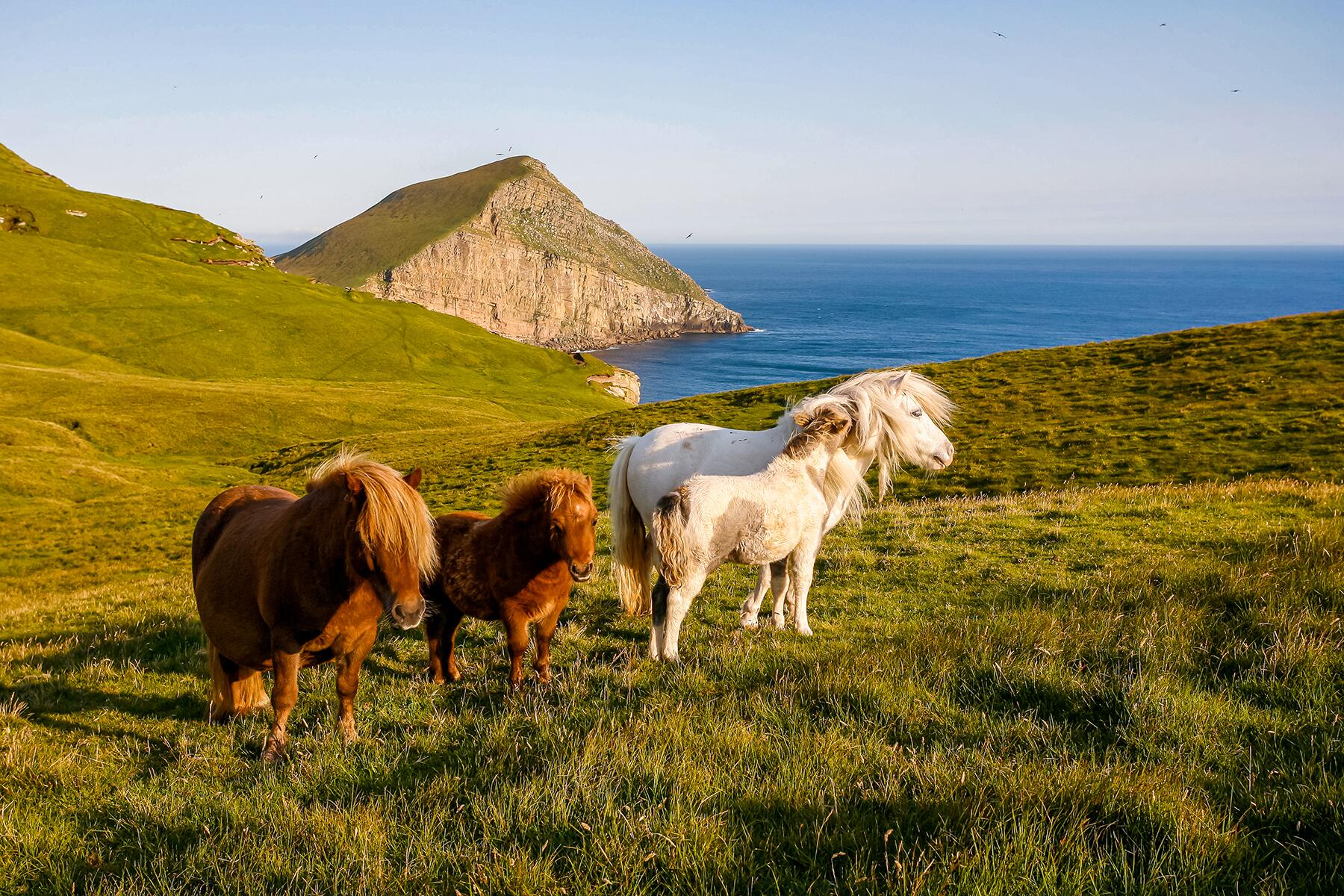 Few visit Foula, reckoned to be the U.K’s most isolated inhabited island, meaning you’ll rarely encounter another human while hiking its towering jewel-green sea cliffs and coastline. Twenty miles off Mainland, Shetland, the island is home to just 30 people, and a lot of sheep, wooly Shetland ponies, and seabirds, including one of the world’s largest populations of great skuas, locally known in the Shetlandic dialect as “bonxies.” Often cut off from the outside world, the people on Foula are self-sufficient—there is no shop—and independent—they still follow the Julian calendar and celebrate Christmas, or “Auld Yule,” on January 6 and New Year a week later.

You can get to Foula by inter-island flight or (extremely bumpy) ferry ride from Walls on the Shetland mainland. Either way, keep your schedule open (flights and ferries are often canceled) and bring your own food. 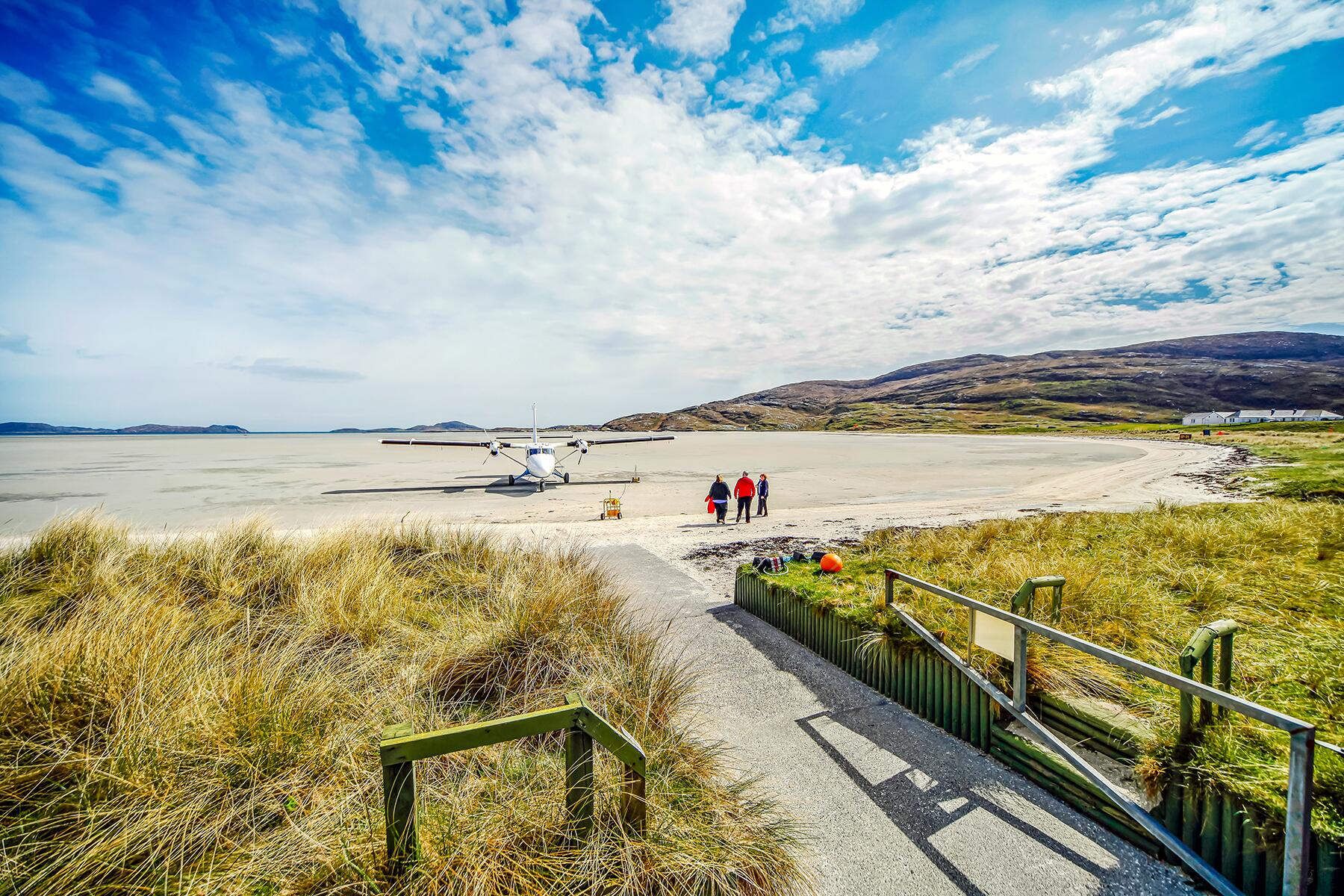 Getting to Scotland’s islands, whether by ferry, plane, or foot, is often part of the adventure. Especially if you are traveling to Barra. Daily flights from Glasgow land on the beach of Tràigh Mhòr, making Barra Airport the only one in the world to use a beach as a runway: the flight schedule is coordinated with the tides. However you get here (nervous fliers can catch a ferry from Oban), Barra is a special place with its beautiful beaches, machair (glassy plains), and strong Gaelic-speaking community. 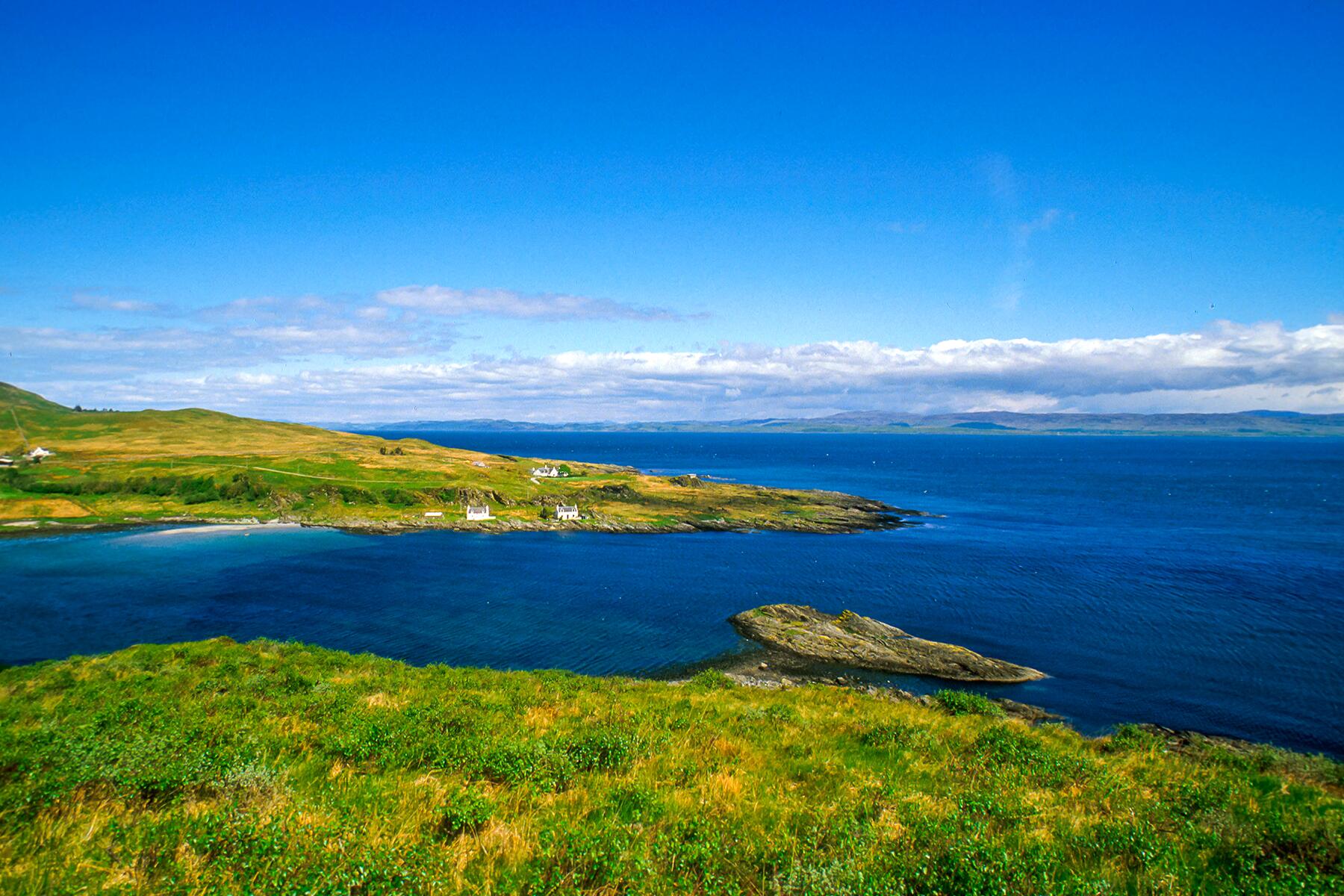 When he sought solitude to complete his new novel, Nineteen Eighty-Four, George Orwell retired to Barnhill, his farmhouse on the northern tip of the island of Jura, which he described as “an extremely un-getatable place.” If you are looking for peace and quiet, you can still find it on this wild island, home to fewer than 200 people. Jura’s sparse population is outnumbered by its 7,000 wild deer, from which the island takes its name—Dyrøy means “deer island” in Old Norse. While here, you can go hillwalking in the Paps of Jura, take a boat trip to the roaring Corryvreckan Whirlpool, one of the world’s largest permanent whirlpools (which nearly killed Orwell), and sample some beverages from the local whisky and gin distilleries.

INSIDER TIPYou, too can stay in Barnhill; sit at Orwell’s typewriter, and soak in his bathtub. The house sleeps eight and is rentable by the week. 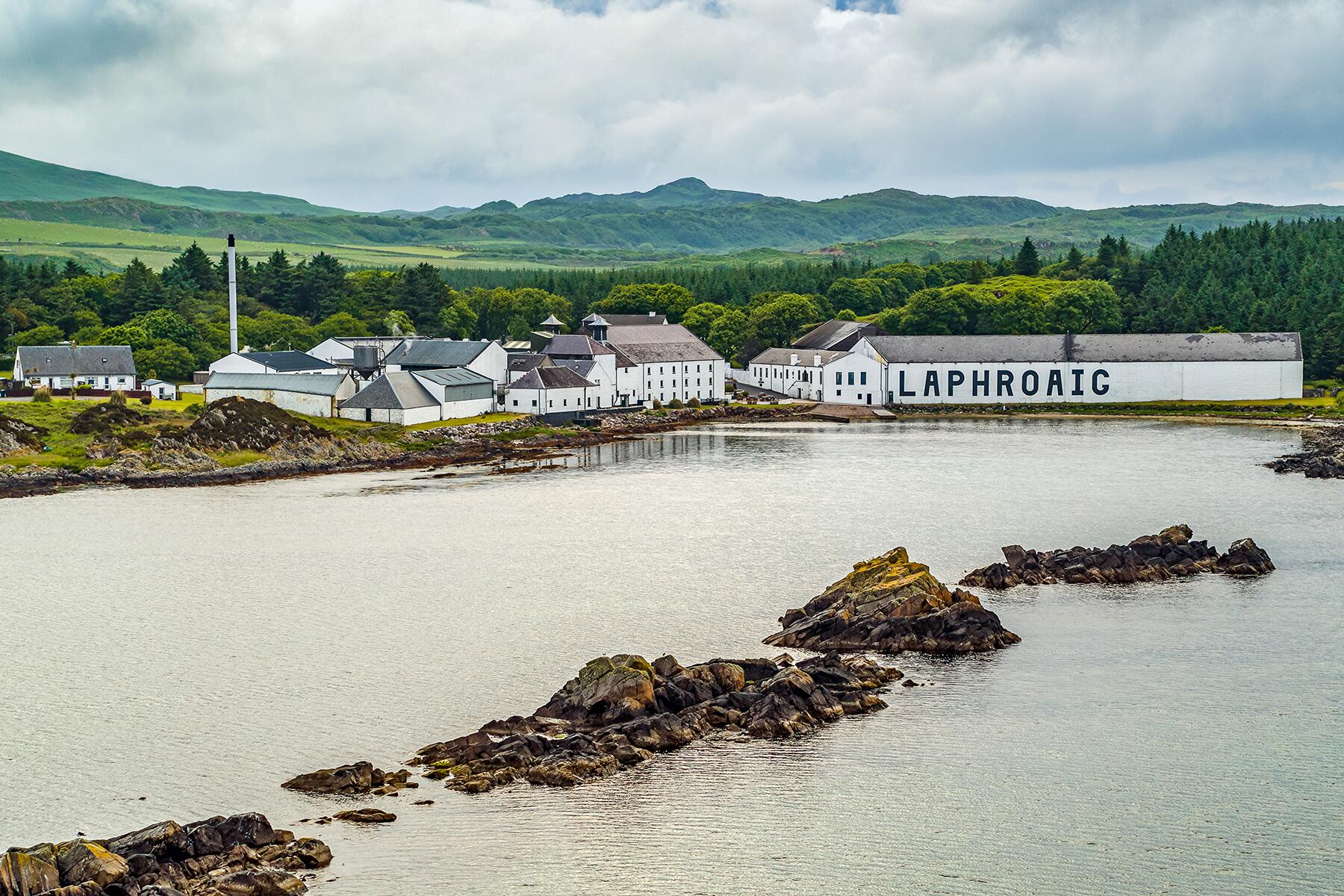 There may be no better place on earth for whisky lovers—especially fans of the smoky, peaty stuff—than Islay. Nevertheless, we recommend visiting with a non-whisky-drinking companion so that someone else can drive you to each of the island’s nine working distilleries—including Bunnahabhain, Lagavulin, and Laphroaig—to sample their malts. And, anyway, you don’t need to be drinking to enjoy the island’s dramatic coastline, turquoise bays, and birdlife. 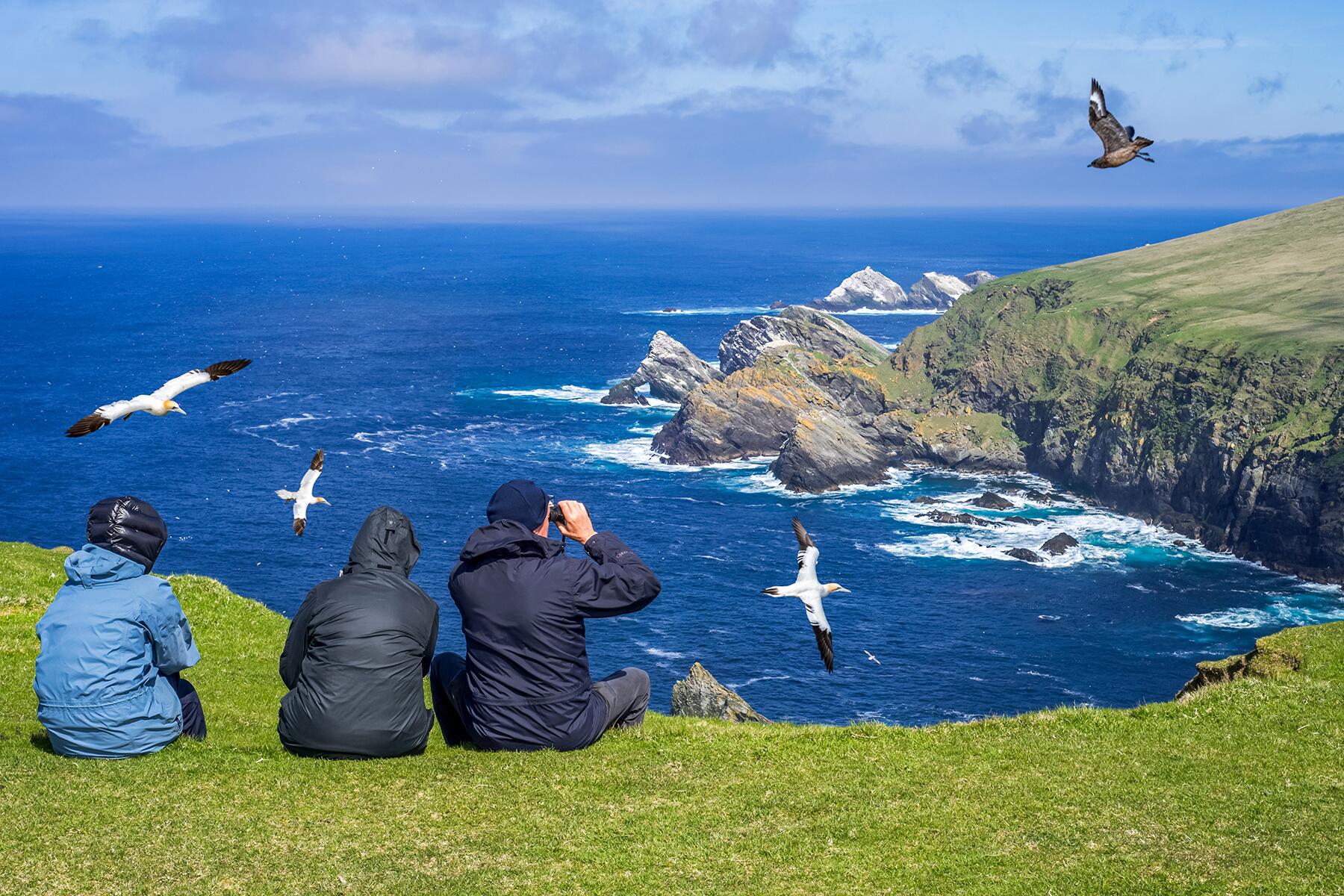 If you walk all the way to the very tip, you can see the small outlying uninhabited island of Muckle Flugga and the islet Out Stack, which is where Britain officially ends. If it’s a particularly clear day, you might even spot the Faroe Islands. 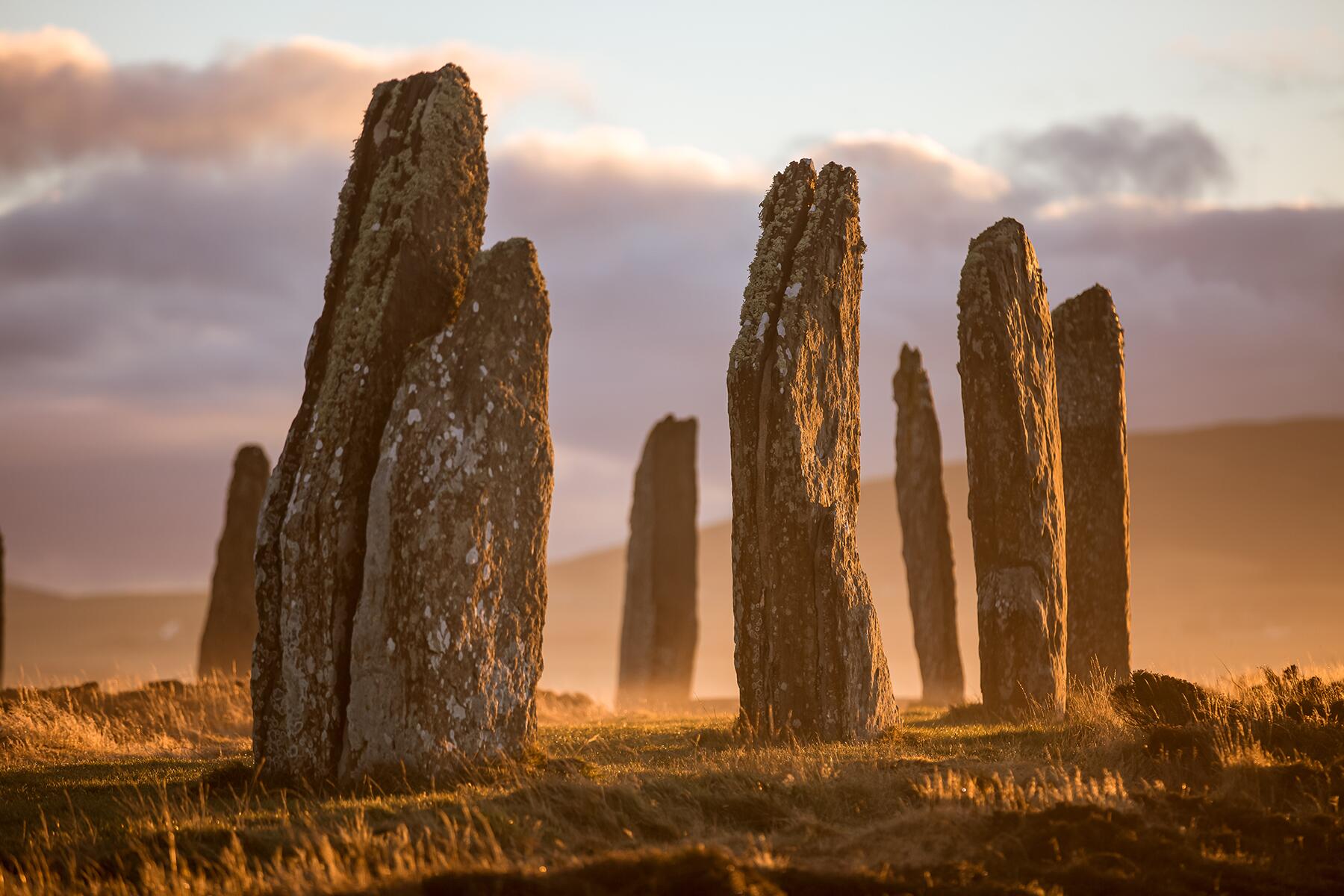 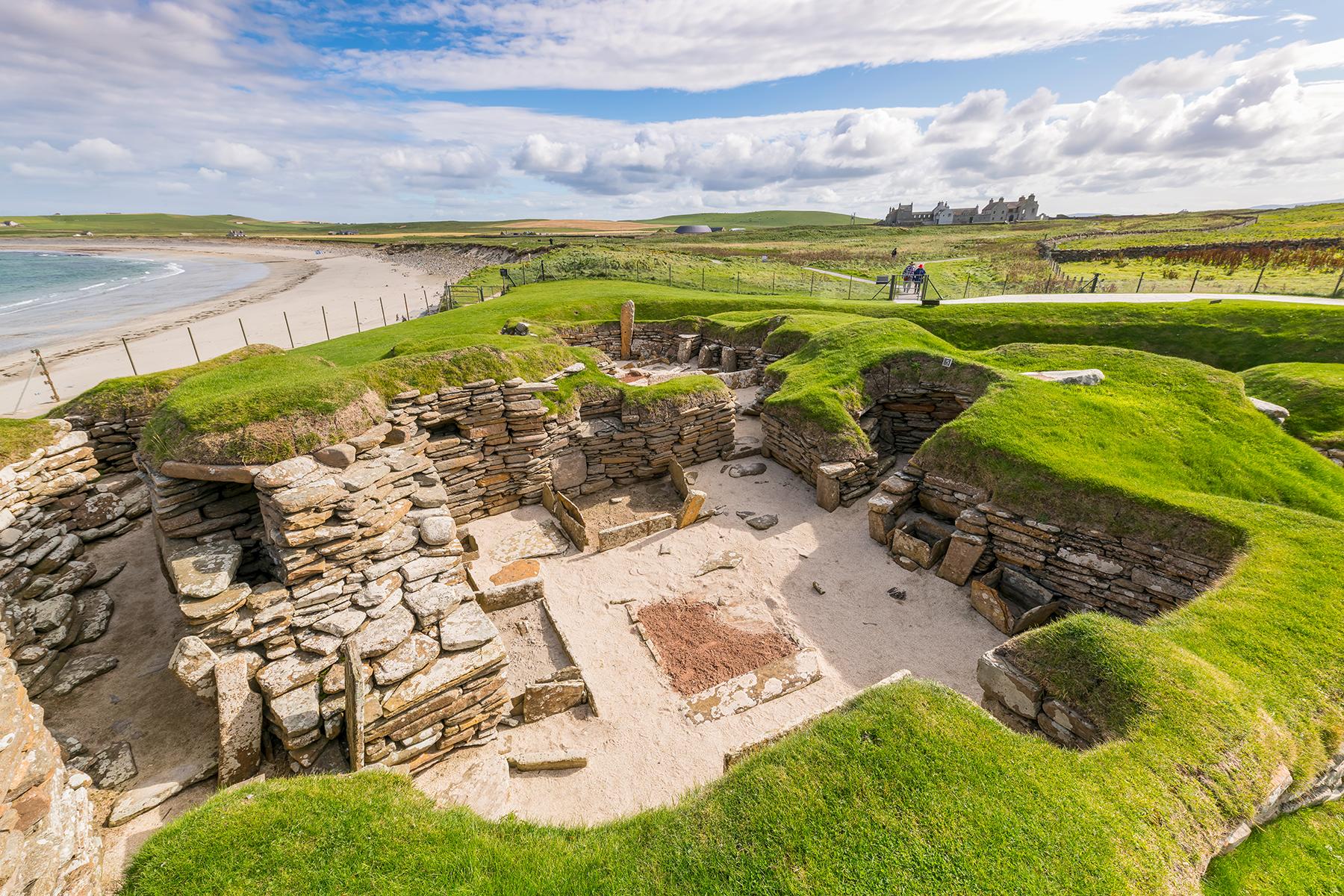 PHOTO: Kenny Lam/VisitScotland
Previous Next
12 OF 15

Anyone with an interest in history should pay a visit to Orkney, which has an average of three archaeological sites per square mile. On the archipelago’s main island, you can explore the UNESCO World Heritage Site, Heart of Neolithic Orkney, which is made up of the Neolithic village of Skara Brae, the Ring of Brodgar stone circle, Standing Stones of Stenness, and Maeshowe chambered cairn. Recent excavations at the Ness of Brodgar, a buried cluster of buildings situated between the two stone circles have suggested that, long before Stonehenge or the Egyptian Pyramids were built, Orkney, in the far north of the British Isles, was the center of innovation from where ideas spread to the rest of Neolithic Britain—a theory that overturns common ideas about “remoteness.” 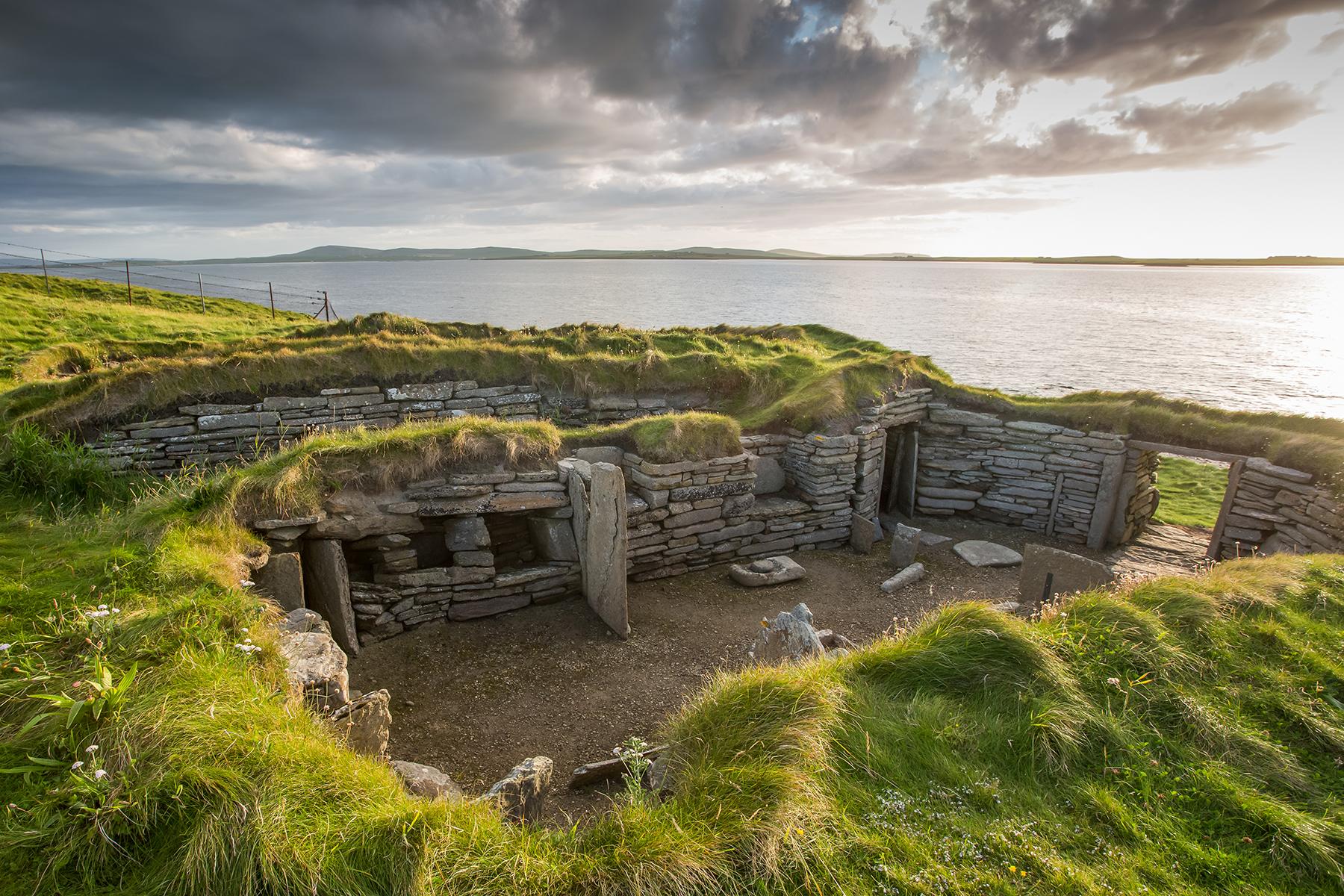 Many people visit Papa Westray just to fly the world’s shortest scheduled flight. The route between the islands of Westray and Papa Westray typically takes less than two minutes, although the fastest flight recorded took only 53 seconds. You should stick around, though. This peaceful island, known as Papay and home to just under 100 people, is home to what is believed to be Western Europe’s oldest domestic building, the 5,500-year-old Knap of Howar, and a large arctic tern colony.

INSIDER TIPSeveral artists and craftspeople make their home on Papay. Check out exhibitions in The Kelp Store and Papay Wool and Craft Shop. 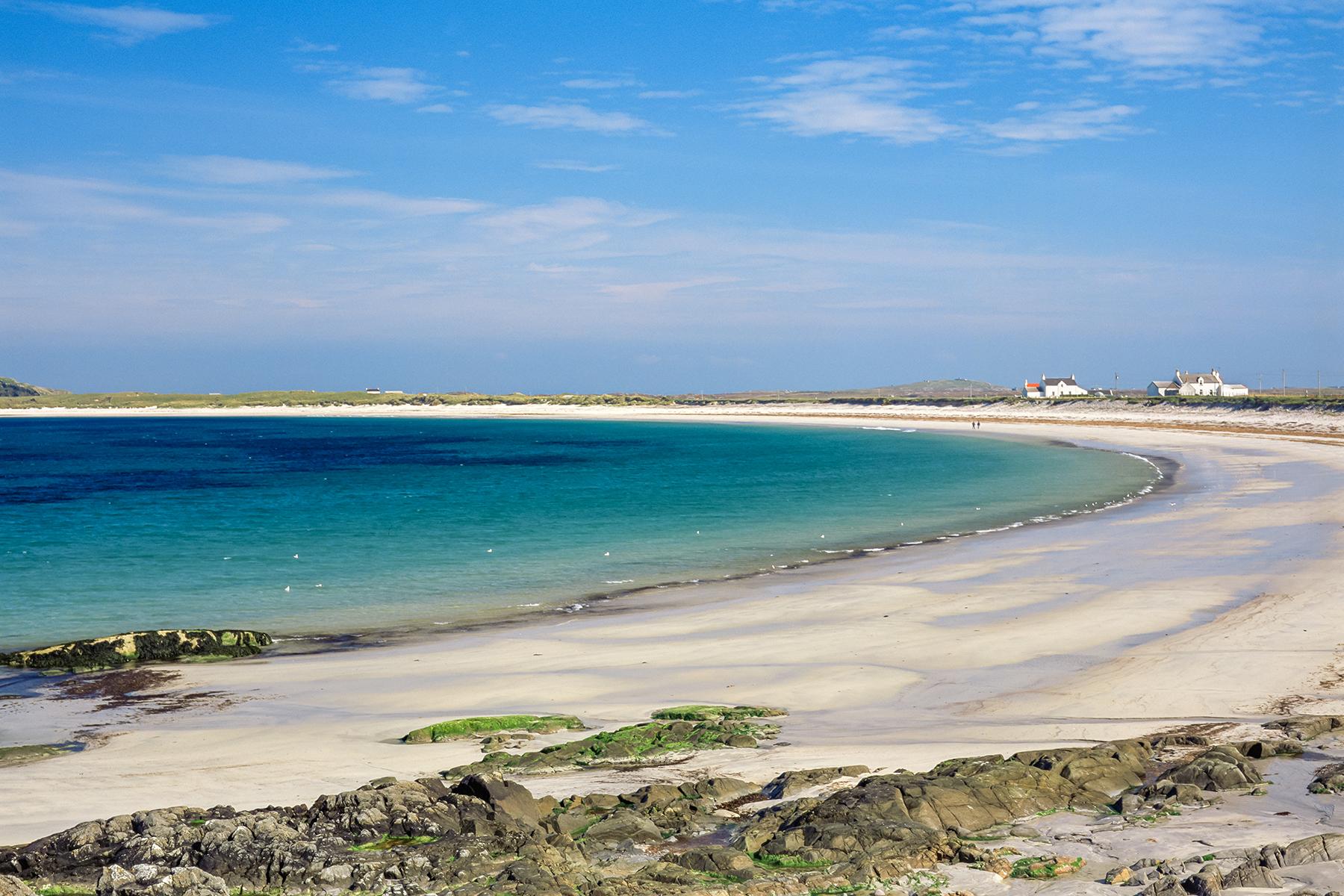 Not a fan of the Scottish climate? Understandable. Persistently wet and cold is not everyone’s ideal vacation weather. If that’s you, consider Tiree where the weather is mild, courtesy of the warm Gulf Stream, and summer evenings could even be described as balmy—some have even boldly gone so far as to call it the “Hawaii of the North.” It is windy though, which draws windsurfers, especially during October’s Tiree Wave Classic windsurfing competition. Otherwise, visit in July for the Tiree Music Festival and long sunny days on golden beaches. 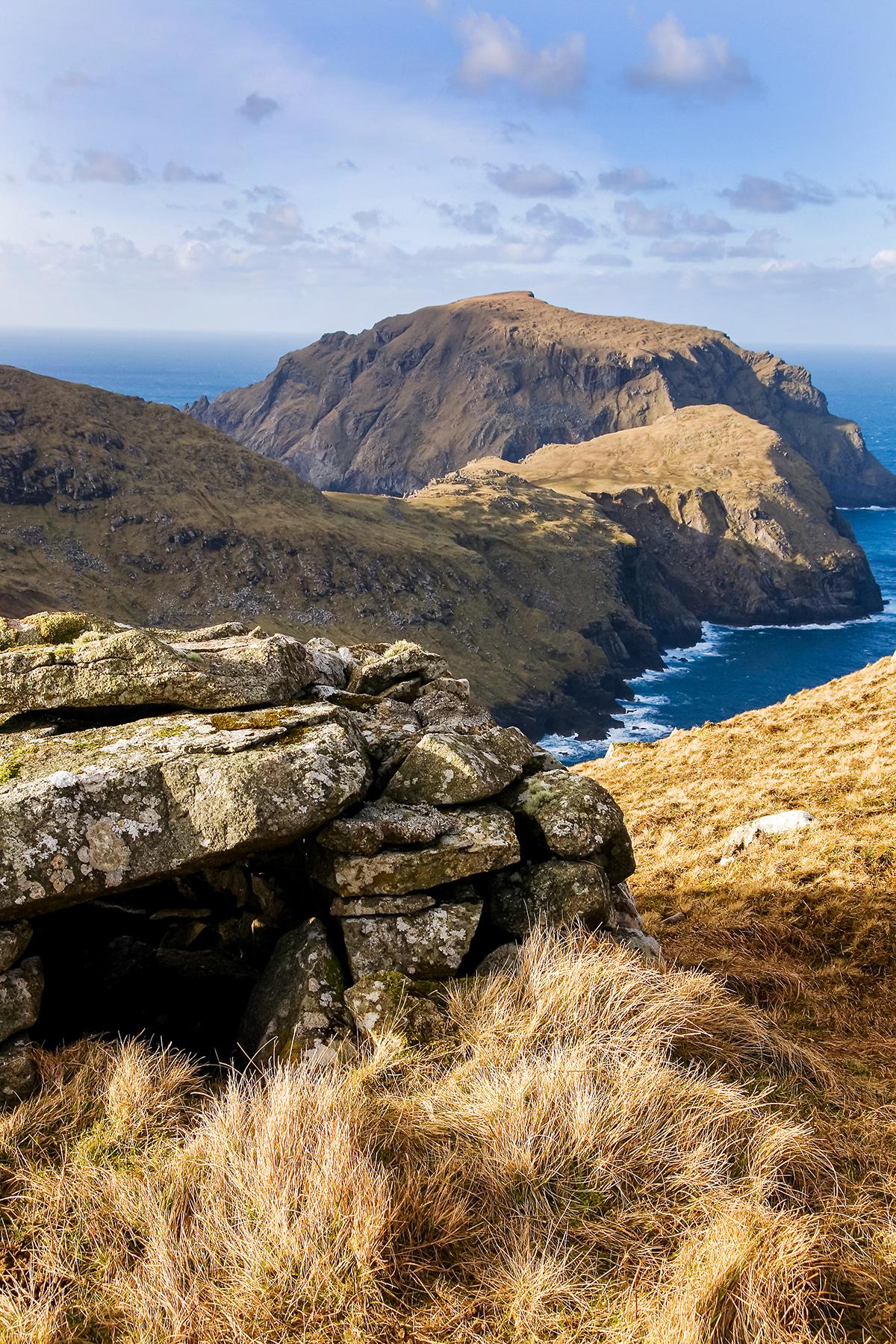 PHOTO: National Trust for Scotland
15 OF 15

St. Kilda is often invoked when talking about the challenges faced by Scotland’s islands. In 1930, the entire population of Hirta (the archipelago’s only populated island) was evacuated. Islanders had lived there, self sufficiently, for millennia, but the rise of tourism in the 19th century and presence of the military, and loss of their young men, during the First World War, led St. Kildans to seek a better life elsewhere. Unlike many Scottish islands where landowners forcibly cleared people off the land, the St. Kildans made the decision to leave themselves.

Today, St. Kilda is a dual UNESCO World Heritage Site, one of the few in the world to be awarded for both its cultural and natural significance, and visitors are drawn over the storm-tossed North Atlantic to explore Hirta’s haunted history, evidenced in its abandoned buildings, as well as its soaring sea cliffs and stacks, colonized by around one million sea birds.

INSIDER TIPYou can reach St. Kilda on a boat trip from the Isle of Skye or Harris. But note that crossings are weather-dependent and can be canceled at short notice