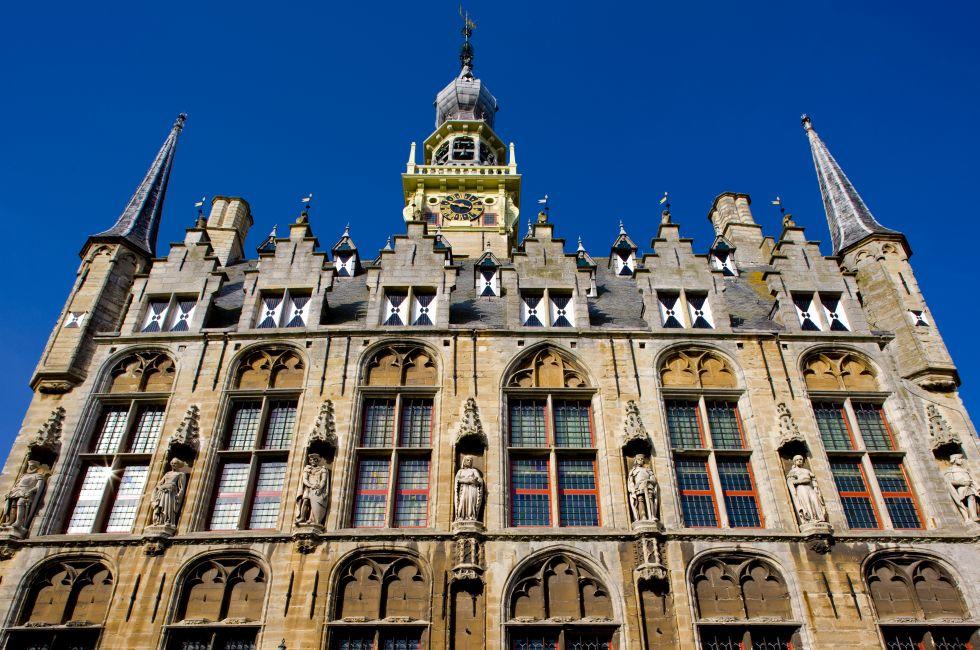 Put quite simply, Veere is one of the prettiest towns in the Netherlands, and well worth a stop to explore its quiet streets and admire its elegant architecture. Now a village of 2,000, it was 10 times that size in the 16th century, when the town was an important seaport, with a busy trade in wool, linen, and salt. It is now the principal sailing port of the Veerse Meer (Veerse Lake)—at 26 km (16 miles) long, one of the largest in the Netherlands—created when they closed off the estuary with a dike completed in 1961. When the town was no longer a seaport, and found itself separated from the sea, it reinvented itself to become a major water-sports center in which every form of aquatic activity is practiced.