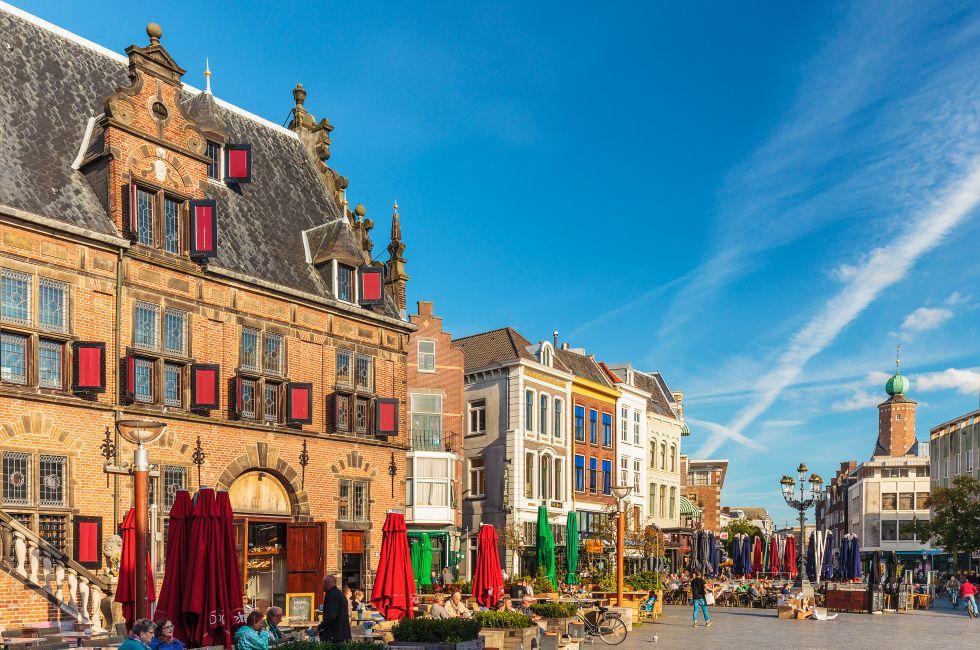 If every cloud has a silver lining, then Nijmegen is no exception. Ravaged by World War II—so close to the German border, it was inadvertently bombed by the Allies—this town carries a split personality: raw modernity straining against a straitjacket of Roman heritage. Strewn with remains of ancient settlement, Noviomagum (or "New Market," as the Romans called it) is a city that can be enjoyed for its diversity but pitied for its legacy. Much the worse for wear following its mid-century devastation, there's very little character remaining—the town's casino, for example, sits on the remains of a Roman under-floor heating system. Claiming to be the oldest town in The Netherlands (roundly disputed by Maastricht) with a debut in AD 104, Nijmegen starts out appearing a bit stiff, but then grows on you like a pair of well-worn jeans.

Built on seven hills, like Rome, which makes it clearly unique in an otherwise linear topography, Nijmegen has an upper and a lower town skirting the River Waal near the strategic junction of the Maas/Waalkanal, an understructure of medieval passageways and cellars, and the highest concentration of outdoor cafés (so they say) in the Netherlands. The resident Catholic University Nijmegen gives the town a young, hip style at designer discount prices, making your stay here almost as good a value as it was in its days as a medieval trading center, which can still be explored vicariously in the area of the Begijnenstraat. Splendid river views are afforded from Valkhof, the hilltop site of a revolt against Rome in AD 69–70, and Belvedere Park where there's a fine restaurant in a tower. Nearby is the Waalkade riverfront esplanade, lined with restaurants, shops, and a casino, in back of which is an embarkation point for riverboat trips in July and August.