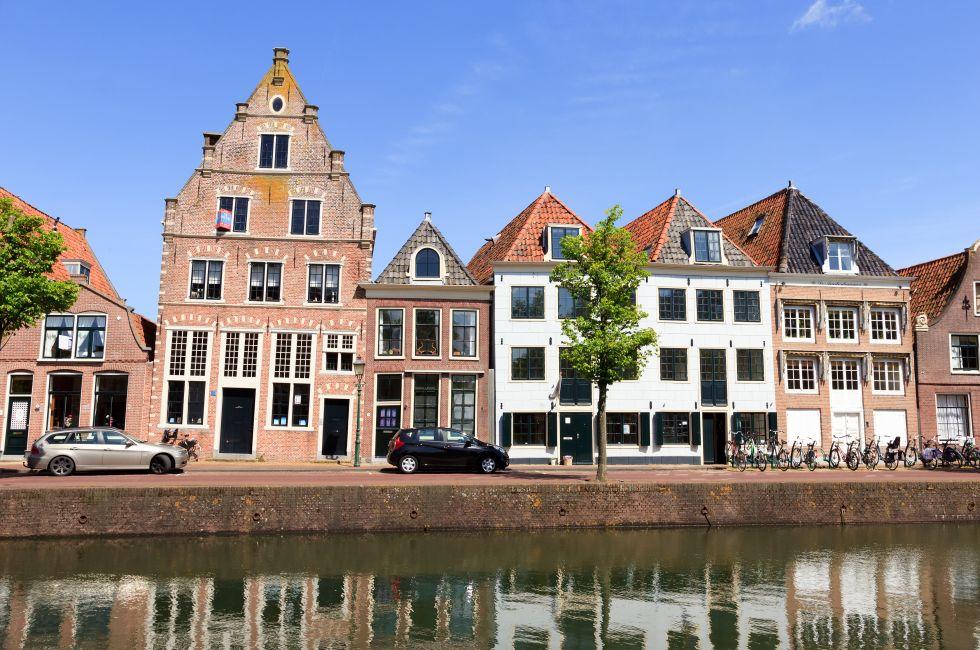 Hoorn's development came to an abrupt halt in the 17th century, when England—not limited to flat-bottom boats that could clear the sandbars of the Zuider Zee—eclipsed Holland in the carrying trade. In a sense the city went to sleep, thus enabling today's visitor to step 300 years back in time to an era when Hoorn sent her ships around the world. As the former capital of West-Friesland, Hoorn was an important center for the fleets of the VOC (Dutch East India Company) during the 17th century. William Cornelis Schouten, one of the town's sons, was the first sailor to round the southern cape of America (in 1616), and christened it Cape Hoorn (Cape Horn). Jan Pieterszoon Coen, whose statue lords over the central Rode Steen, founded the city of Batavia in Java (present-day Jakarta) and governed it from 1617 until his death in 1629. Hoorn's decline was precipitated by the growing naval power of the British during the 18th century and the opening of the Noord-Holland's canal linking Amsterdam directly to the North Sea.

Although a city with nearly 20,000 residents, Hoorn has many historic nooks and crannies, time-burnished side streets, and a fetching harbor.