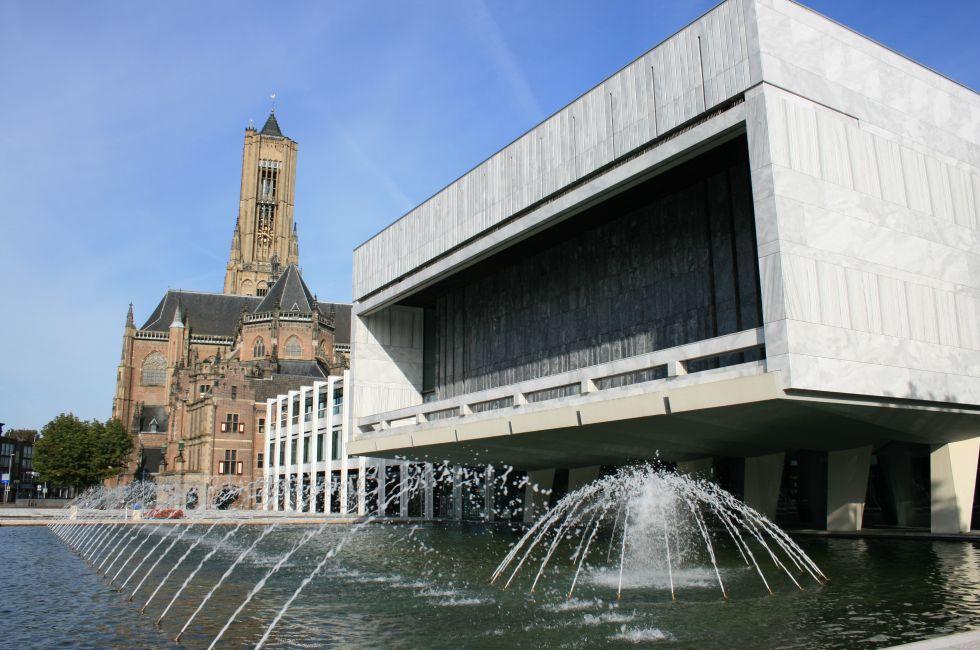 In war log and movie terms, Arnhem may be known as the basis for A Bridge Too Far, but this historic city is certainly not out of reach for military buffs who like to combine their field research with great shopping, parks, and castles in the sky—all in close proximity to the great Hoge Veluwe National Park. Central to what was the largest airborne operation of World War II, Arnhem's famous bridge over the Rhine, the Rijnbrug, now called John Frostbrug, became the rope of the four-day tug-of-war between Allied and German forces intent on trying to further penetrate the area. Left with the short end of the rope, 1,748 Allies lost their lives in the fight for the bridge.

Today, trolley buses unique to Arnhem weave their environmentally friendly way around this largely pedestrianized town, the fifth-largest shopping area in the Netherlands. Although much of Arnhem was destroyed during World War II, there are a few bastions that survived the bombing, namely the Korenmarkt square of old warehouses, which now throbs nightly with a mix of pubs, cafés, restaurants, and dance clubs.