There's much to see when traveling through Ireland, and with such a diverse mixture of urban and natural wonders, it's nearly impossible to see everything in one trip. While Temple Bar, the Cliffs of Moher, and other famous sites will make for a memorable trip, there are plenty of off-the-beaten-path spots that also warrant a visit. Here are five of the best places to visit in Ireland that you won't find on the well-trodden tourist route. 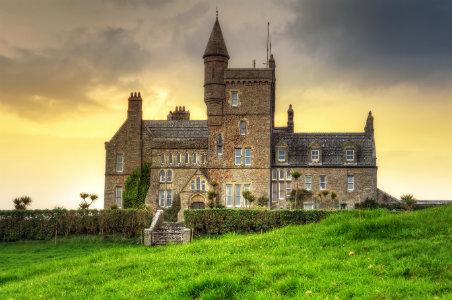 Set atop a promontory in the west of Ireland is Classiebawn Castle. Built in the 19th century, its most interesting inhabitants were Louis (1900–1979) and Edwina (1901–1960) Mountbatten, the last viceroy and vicereine of India. They were vastly wealthy and closely related to the British Royal family, a combination that allowed them to lead romantic, decadent lives rife with scandal. Edwina died of natural causes in Borneo at the age of 58; Louis was murdered alongside his grandson by the IRA in 1979, when he was setting off in his finishing boat from the bottom of the cliffs on which Classiebawn stands. It is still privately owned and stern “Keep Out!” signs surround the land, but don’t let that stop you. The walk along the cliff-top road is breathtaking, with the castle looming over the gorgeous scenery.

The Irish Film Institute, tucked away in a beautifully renovated Georgian townhouse in Dublin’s famous Temple Bar district, is a great place to while away an evening in Ireland’s capital. It’s not your average movie theater; there’s a restaurant serving healthy and reasonably priced food, but much more importantly, you can buy a drink and bring it into the theater with you. Additionally, the IFI curates a thoughtful and unusual selection of films from Ireland and abroad. You’re sure to catch something you wouldn’t have seen at home. 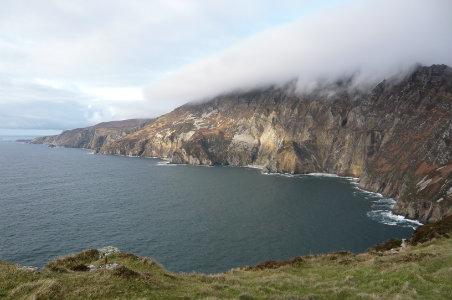 Tourists coming to Ireland usually visit the Cliffs of Moher in County Claire, but at almost 2,000 feet, the much less crowded Slieve League Cliffs in Donegal are three times as high. Hike the beautiful mountains surrounding the cliffs or, if you’re not up for the steep walk, drive almost all the way to the top, where breathtaking views of the Atlantic await.

Swimming at the “Forty Foot”

On the suburban coast of Dublin is the “Forty Foot,” where Dubliners have been coming for 250 years to take a plunge in the Irish Sea. Particularly popular is the Christmas Day dip, when young and old brave the icy waters, often in Santa Claus costumes. Mentioned in the opening pages of Ulysses, in James Joyce’s time, the Forty Foot was a “men only” bathing place, but women staged a protest in the 1970s and since then it’s been open to all, a fact Joyce’s characters, Stephen Dedalus and Buck Mulligan, might not have approved of.

While you may be tempted to frequent the dark and cozy pubs that bespeckle the city, make some time to retreat from the famous craic and try the Library Bar in Dublin’s Central Hotel. More unpretentious Victorian sitting-room than pub, this is the perfect place to sit in relative peace and quiet, reading a book or having a leisurely chat by one of the roaring fires.

Johanna Lane was born in Ireland, studied English Literature in Scotland, and earned her MFA at Columbia University. She teaches composition and creative writing in New York City.