Even among these unique isles, Skyros stands out. The rugged terrain resembles that of an island in the Dodecanese, and the spectacularly situated main town—occupied on and off for the last 3,300 years and haunted by mythical ghosts—looks Cycladic. Surprisingly beguiling, this southernmost of the Sporades is the largest (209 square km [81 square miles]). A narrow, flat isthmus connects Skyros's two almost-equal parts, whose names reflect their characters—Meri or Imero ("tame") for the north, and Vouno (literally, "mountain," meaning tough or stony) for the south. The heavily populated north is virtually all farmland and forests. The southern half of the island is forbidding, barren, and mountainous, with Mt. Kochilas its highest peak (2,598 feet). The western coast is outlined with coves and deep bays dotted with a series of islets.

Until Greece won independence in 1831, the population of Skyros squeezed sardine-fashion into the area under the castle on the inland face of the rock. Not a single house was visible from the sea. Though the islanders could survey any movement in the Aegean for miles, they kept a low profile, living in dread of the pirates based at Treis Boukes Bay on Vouno.

The Skyrians have not had a seafaring tradition, and have looked to the land for their living. Their isolation has brought about notable cultural differences from the other Greek islands, such as pre-Christian Carnival rituals. Today there are more than 300 churches on the island, many of them private and owned by local families. An almost-extinct breed of pony resides on Skyros, and exceptional crafts—carpentry, pottery, embroidery—are practiced by dedicated artisans whose creations include unique furniture and decorative linens. There are no luxury accommodations or swank restaurants: this idiosyncratic island makes no provisions for mass tourism, but if you've a taste for the offbeat, you may feel right at home.

On the northwest coast, pine forests grow down the rocky shore at Atsitsa. The beaches north of town—Kalogriá and Kyra Panayia—are sheltered...

Coastal expansions of the main town, these two resort areas are the places to stay if you love to swim. Magazia, where the residents of Skyros...

From the southern landscapes, amid brown, desolate outcrops with only an occasional goat as a sign of life, Skyros Town suddenly looms around...

In the mountainous southern half of Skyros, a passable dirt road heads south at the eastern end of the isthmus, from Aspous to Ahilli. The little... 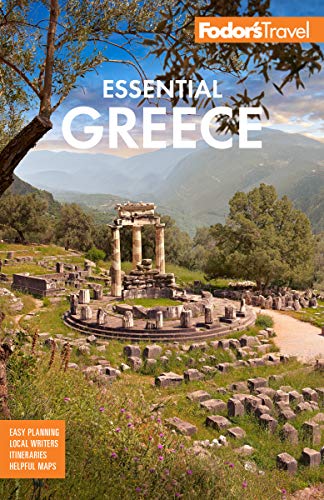