There are two types of people in this world: those who leave the airport during a layover, and those who don’t.

While trying to nap in a metal chair at the gate for an entire day is certainly an option, it’s not the only one; braving a new city or making the most of a flight delay or long layover promises the chance for adventure. So check that bag, brush up on your German, spread your wings, and fly off the tarmac.

To get from Munich Airport (MUC) to the city center, use the Lufthansa Express (you can board regardless of what airline you’re flying). The shuttle picks you up and drops you off at Terminal 1, and runs to and from Munich Central station every 15 minutes. It costs €18 for a round-trip ticket.

10 am: Caffeinate For the Long Day Ahead

Start the day right with a coffee and pastry from Coffee Fellows, right by Munich Central Station.

10:15 am: Photograph the Incredible Architecture of Marienplatz—And Throughout Munich

The site of the annual Christmas market and home to the famous Glockenspiel, you’ll feel immediately immersed in the charm of Old Town Munich among the architecture at Marienplatz. Also be on the lookout for the millennial-pink ORAG-House (below), and various gothic architecture throughout the city. 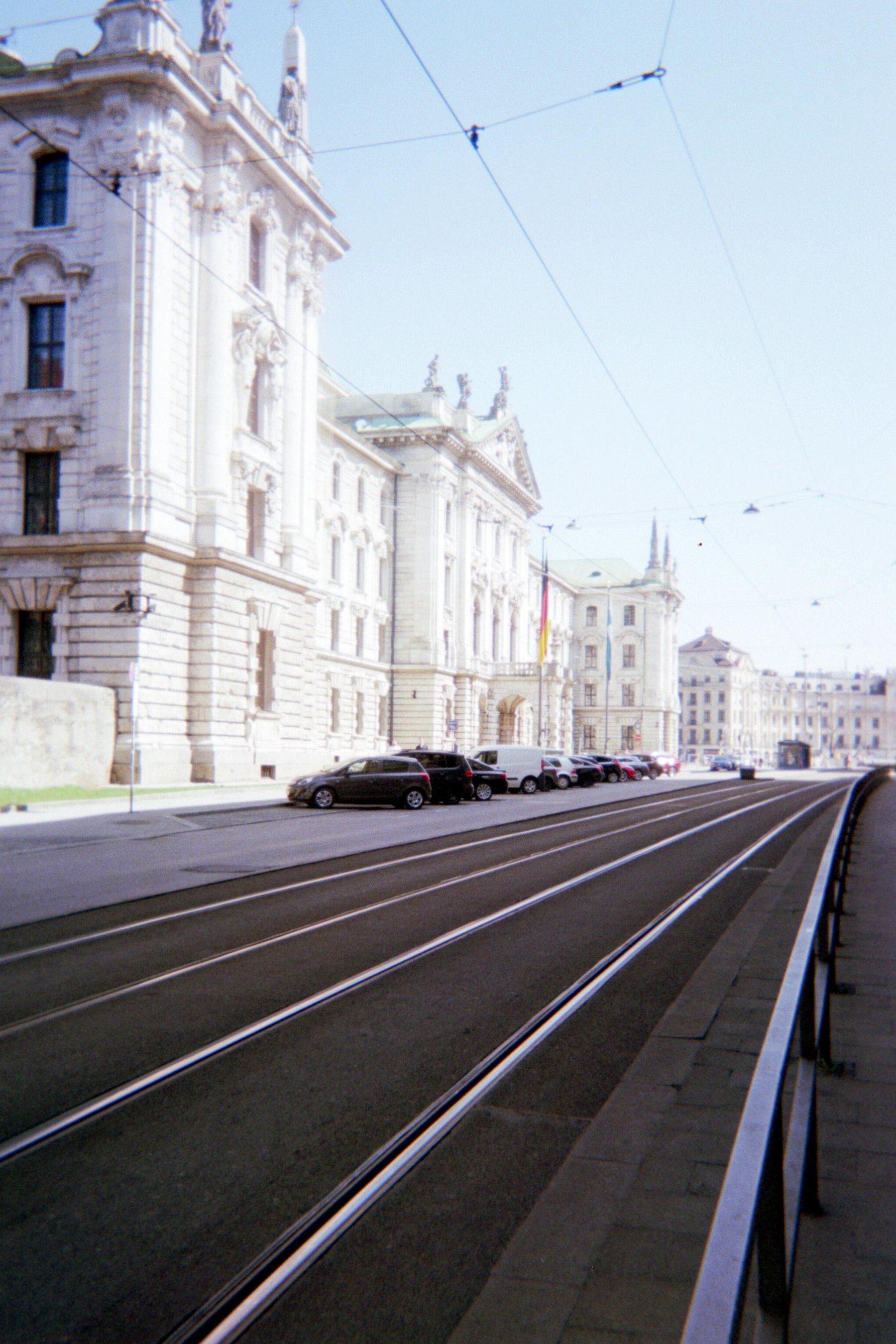 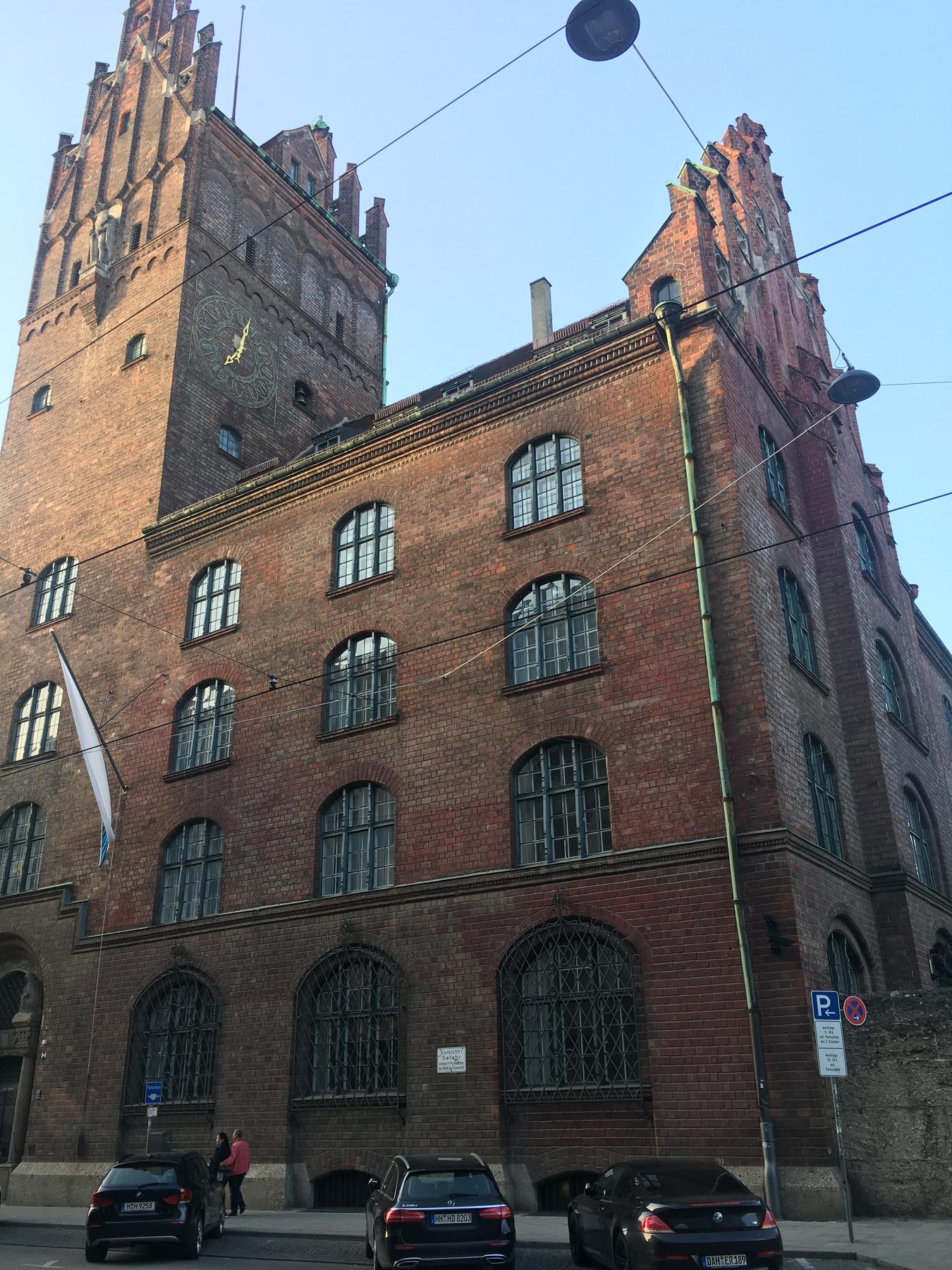 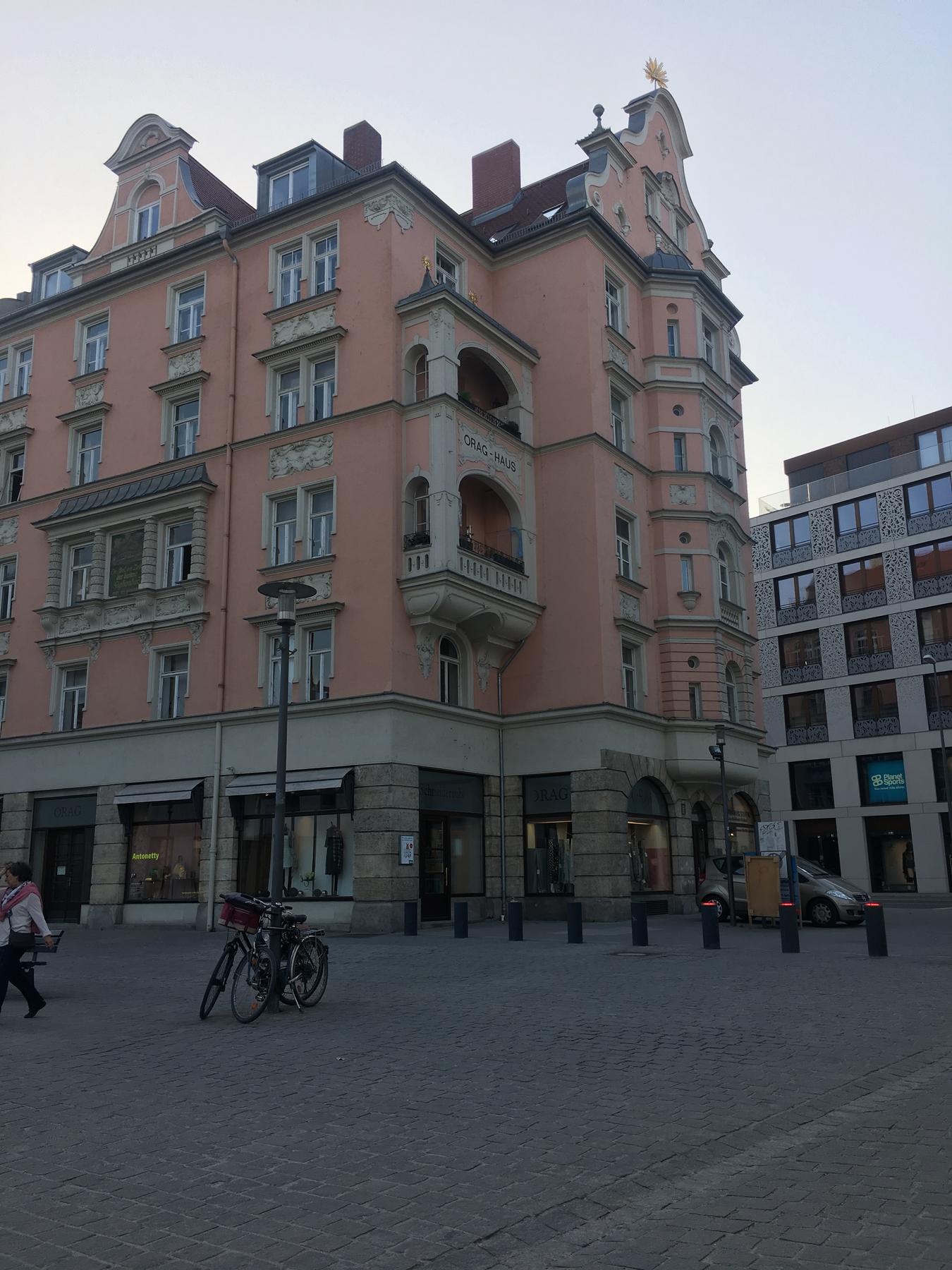 10:30 am: Learn About the Charlie Chaplin of Germany at the Valentin Karlsdadt Museum

Known for being a master of dark humor and a “linguistic anarchist,” the Bavarian comedian and cabaret performer Karl Valentin started his career in the early 20th century. He is honored in Munich with a statue in the Viktualienmarkt square, and at this museum, which chronicles his life through video, props, and other quirky and mysterious relics. Follow the spiral staircase up to the tower where the exhibit is on display; the structure is part of what was once part of the city walls. The top floor has a sunny café filled with knick-knacks and has a great view of the city. 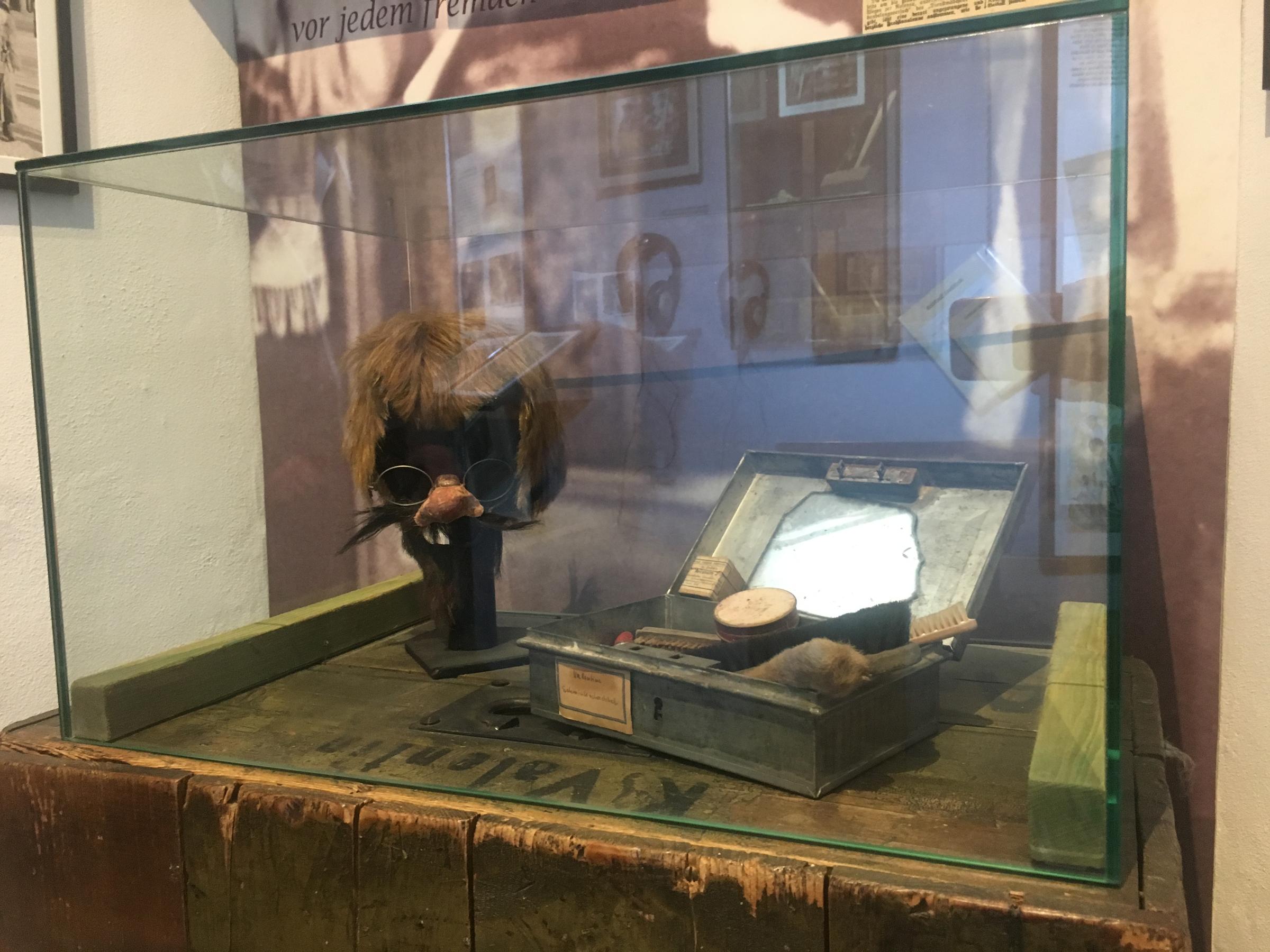 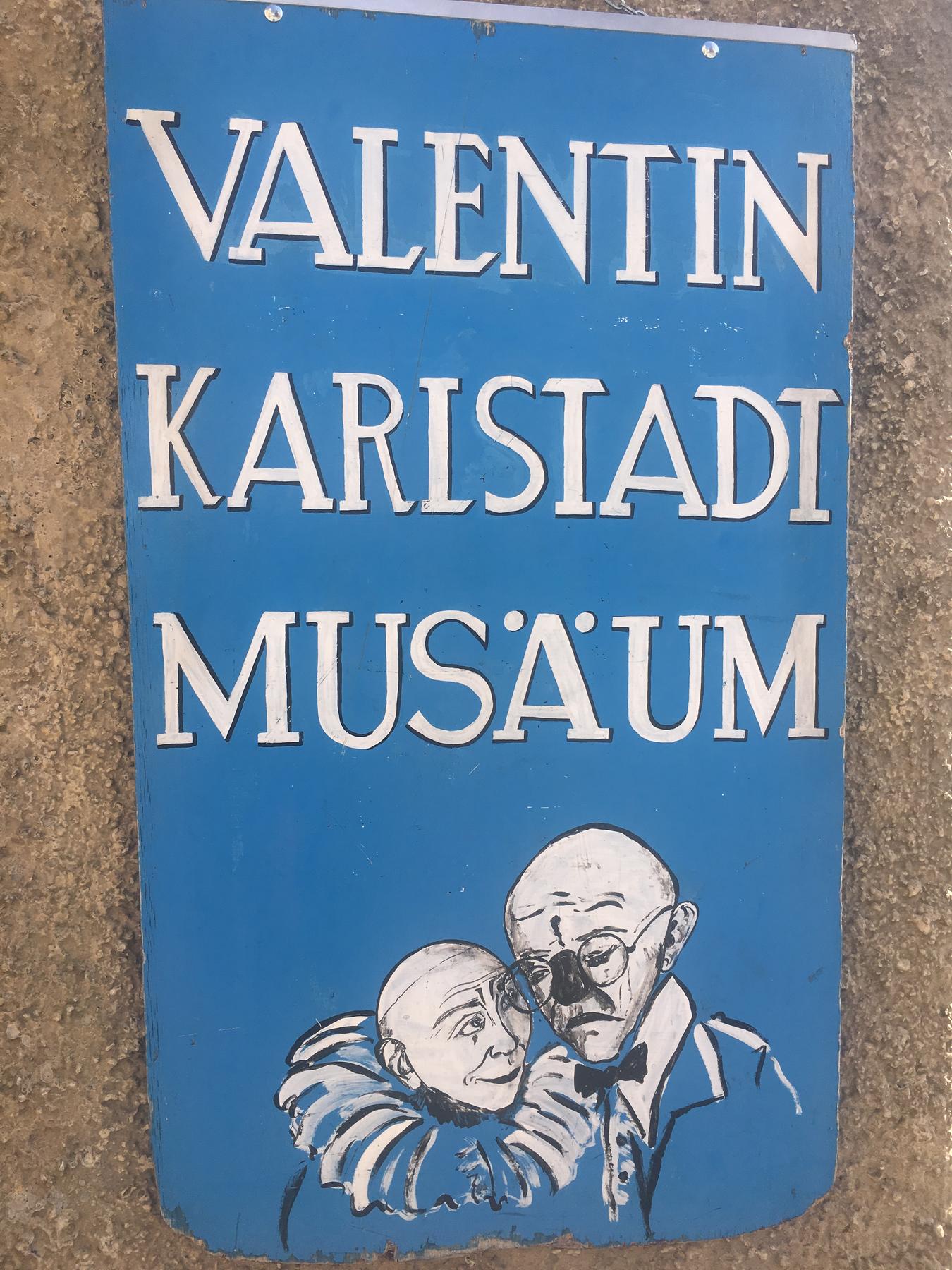 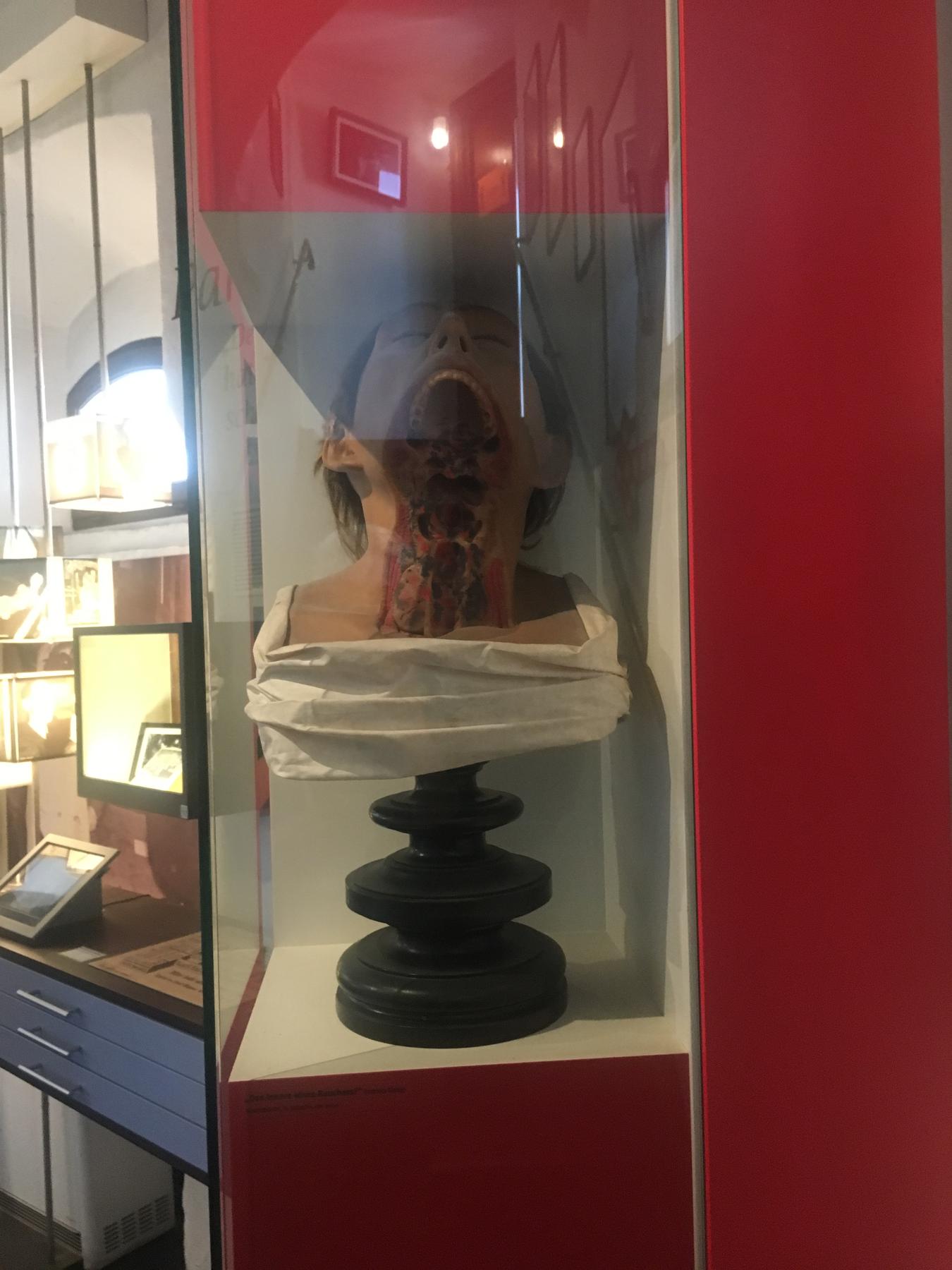 11:30 pm: Discover Art from Classical to Contemporary to Kitsch

The Münchner Stadtmuseum is a breathtaking space made up of four buildings and two courtyards, built between 1500 and 1977. At Germany’s largest municipal museum, you’ll find photography and music exhibits, a puppet theater and fairground attraction collection, and so much more. The vast architectural wonder Pinakothek der Moderne houses modern art; while the German Hunting and Fishing Museum displays bizarre taxidermy in a church; and the Staatliche Graphische Sammlung München is an ivy-covered building with a significant collection of German drawings and print graphics. 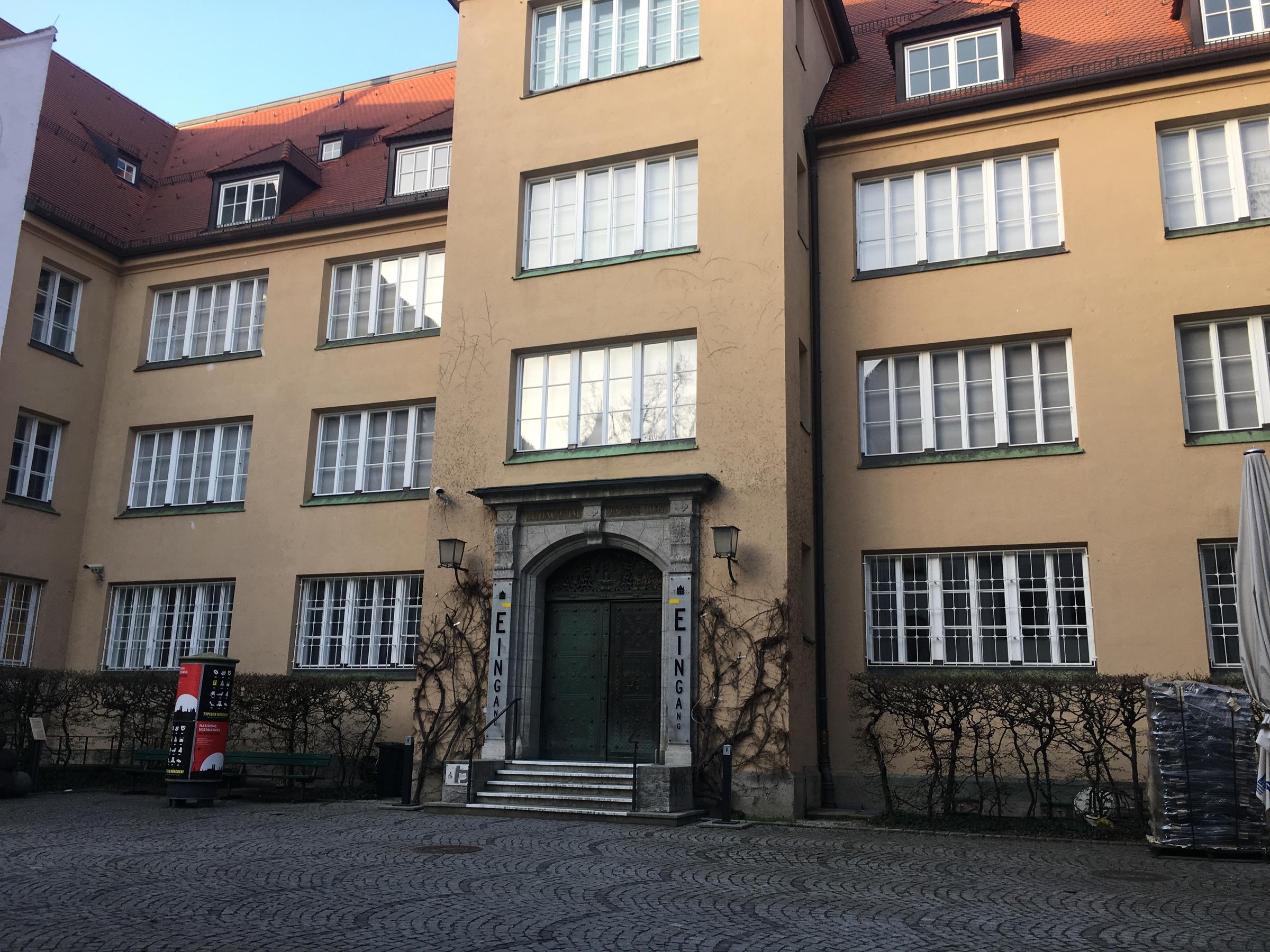 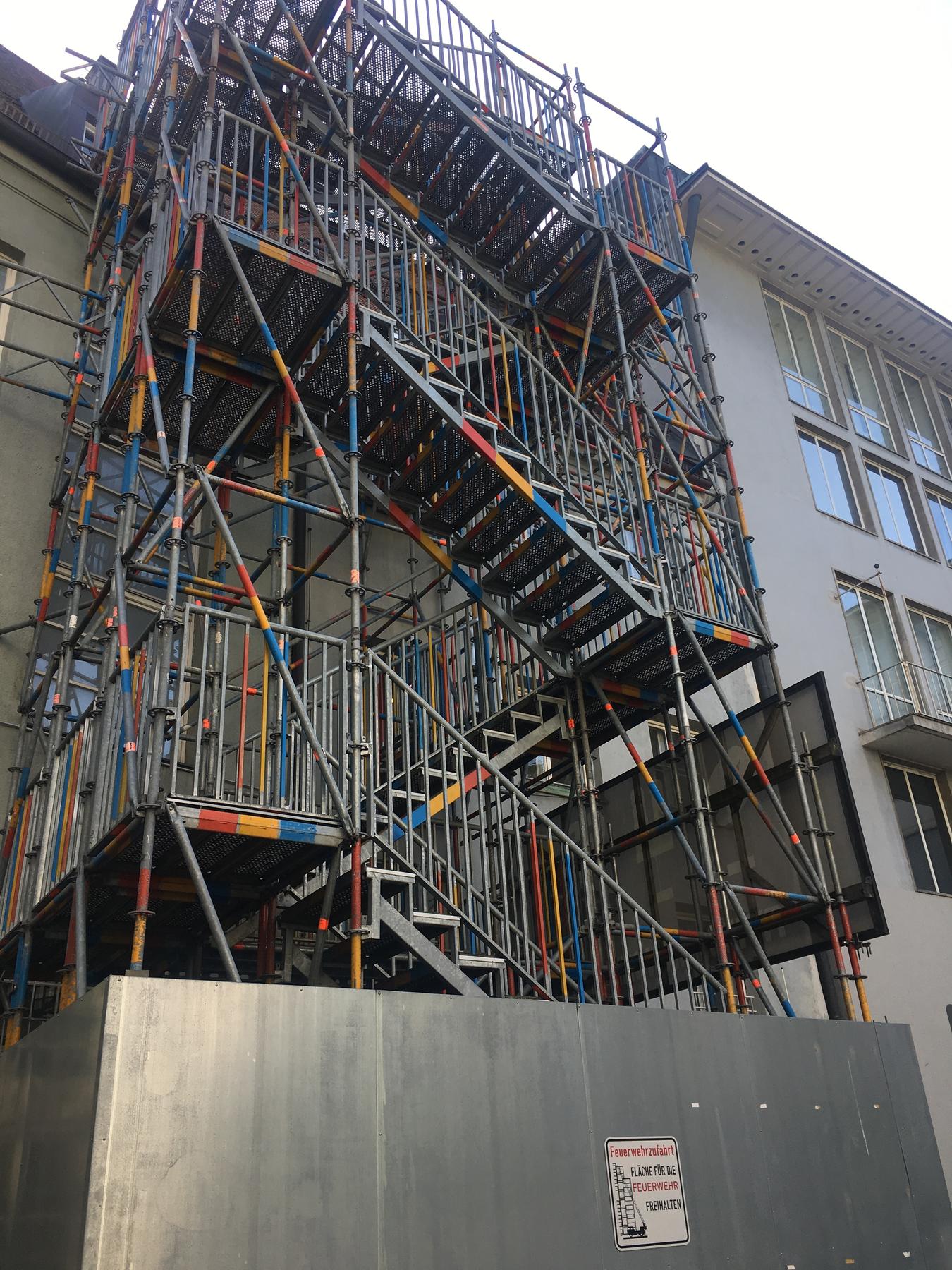 Take a break by this sparkling fountain on Rindermarkt, a great place to relax on your way to the next stop.

2 pm: Smell the Flowers at Samen-Schmitz

This adorable 1840s building and flower shop is right in the center of Munich and adjacent to a beer garden. 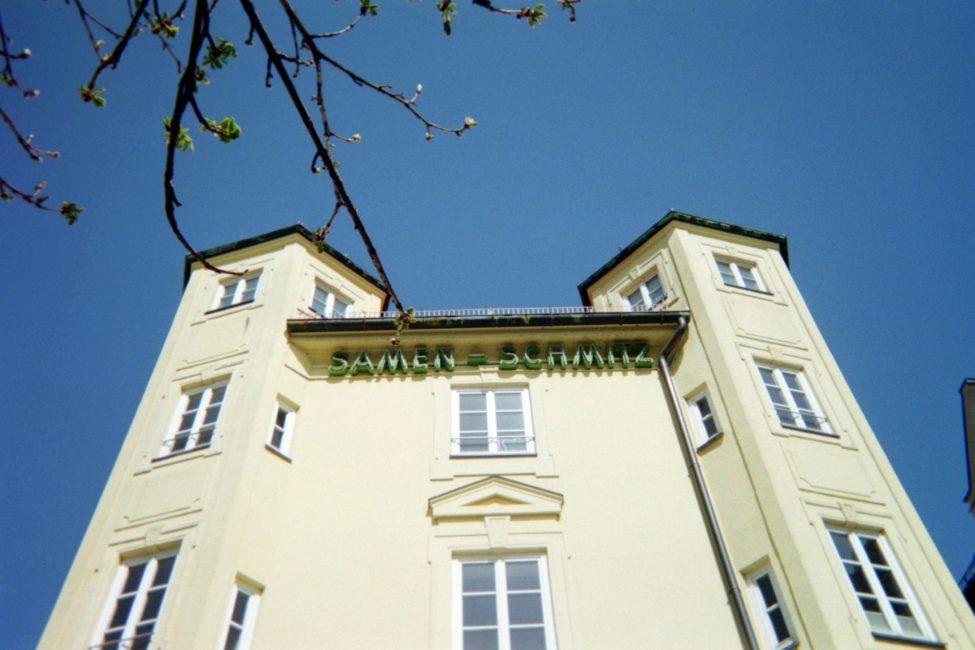 2:30 pm: Get Some Lunch and a Beer at Biergarten Viktualienmarkt

Biergarten Viktualienmarkt has delicious Bavarian sausages, pork knuckle, roast pork, and mugs of beer at this terrace; sit outside and mingle with locals and tourists at any hour. In winter they also serve hot Glühwein (mulled wine). Famous Munich breweries operate out of the garden in a six-week rotation, including Augustiner, Hacker-Pschorr, Löwenbräu, Hofbräu, Paulaner, and Spaten. The servers dress in Bavarian lederhosen. 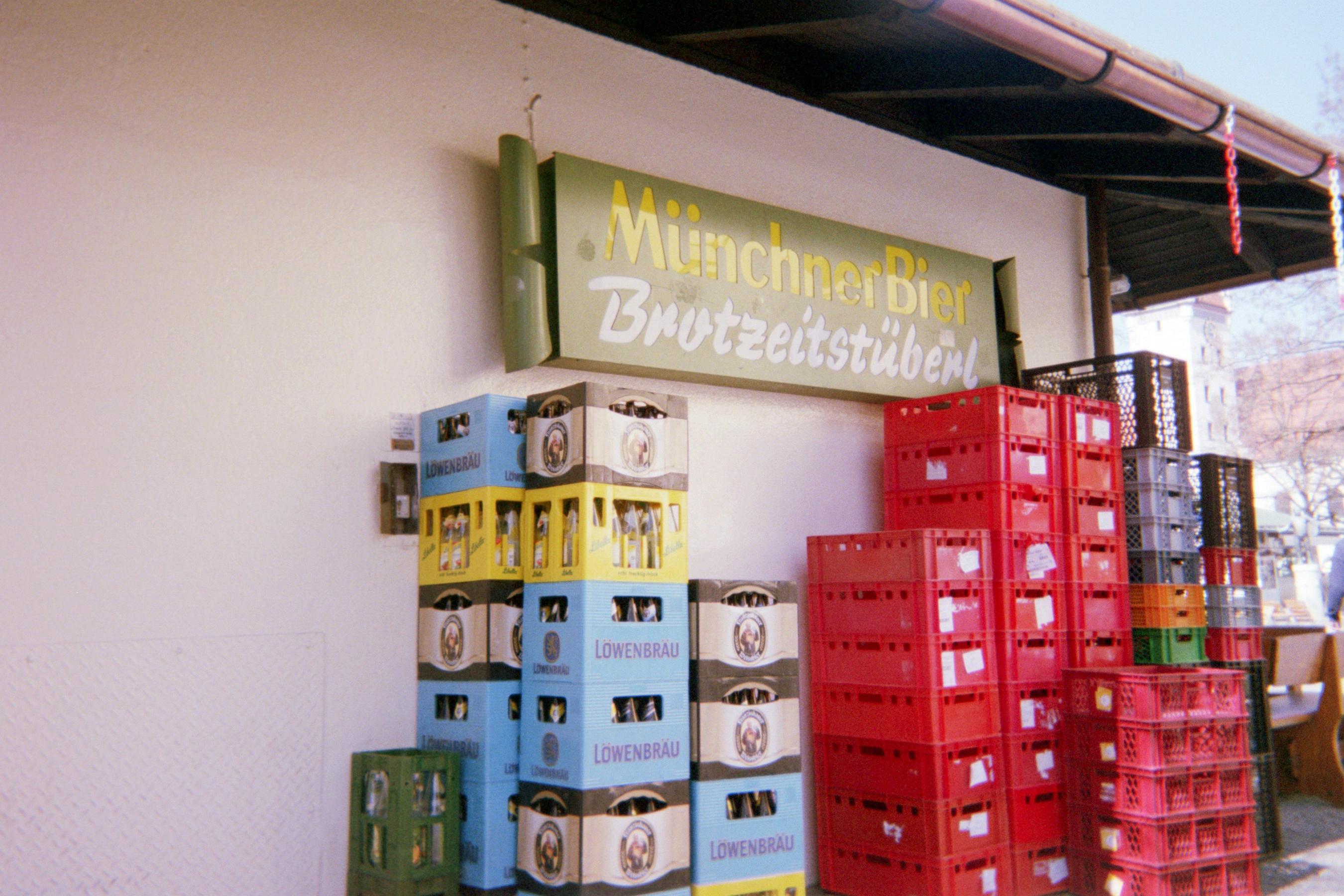 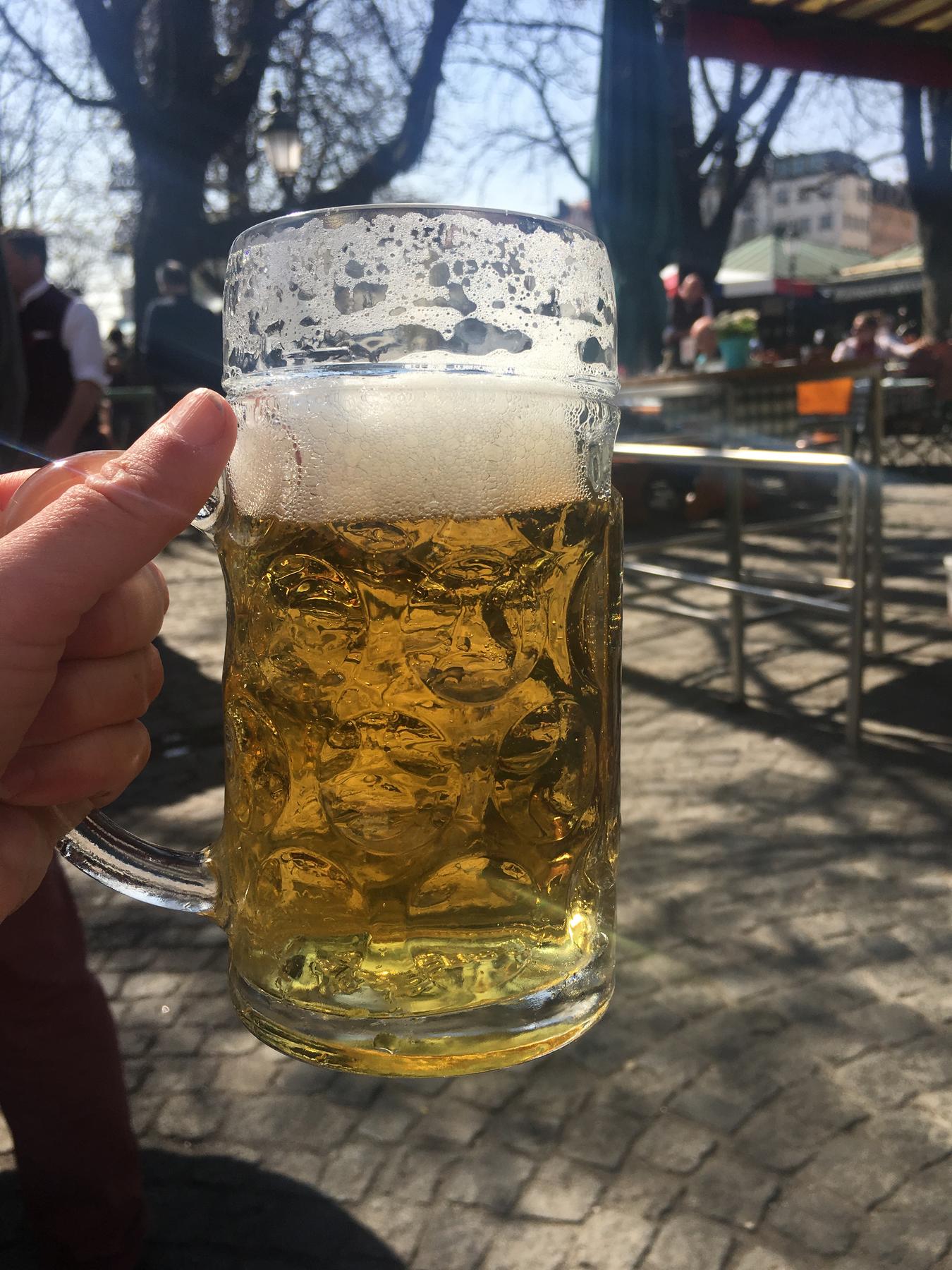 Order right from the window at this cute creamery for a cheap and delicious ice cream cone. 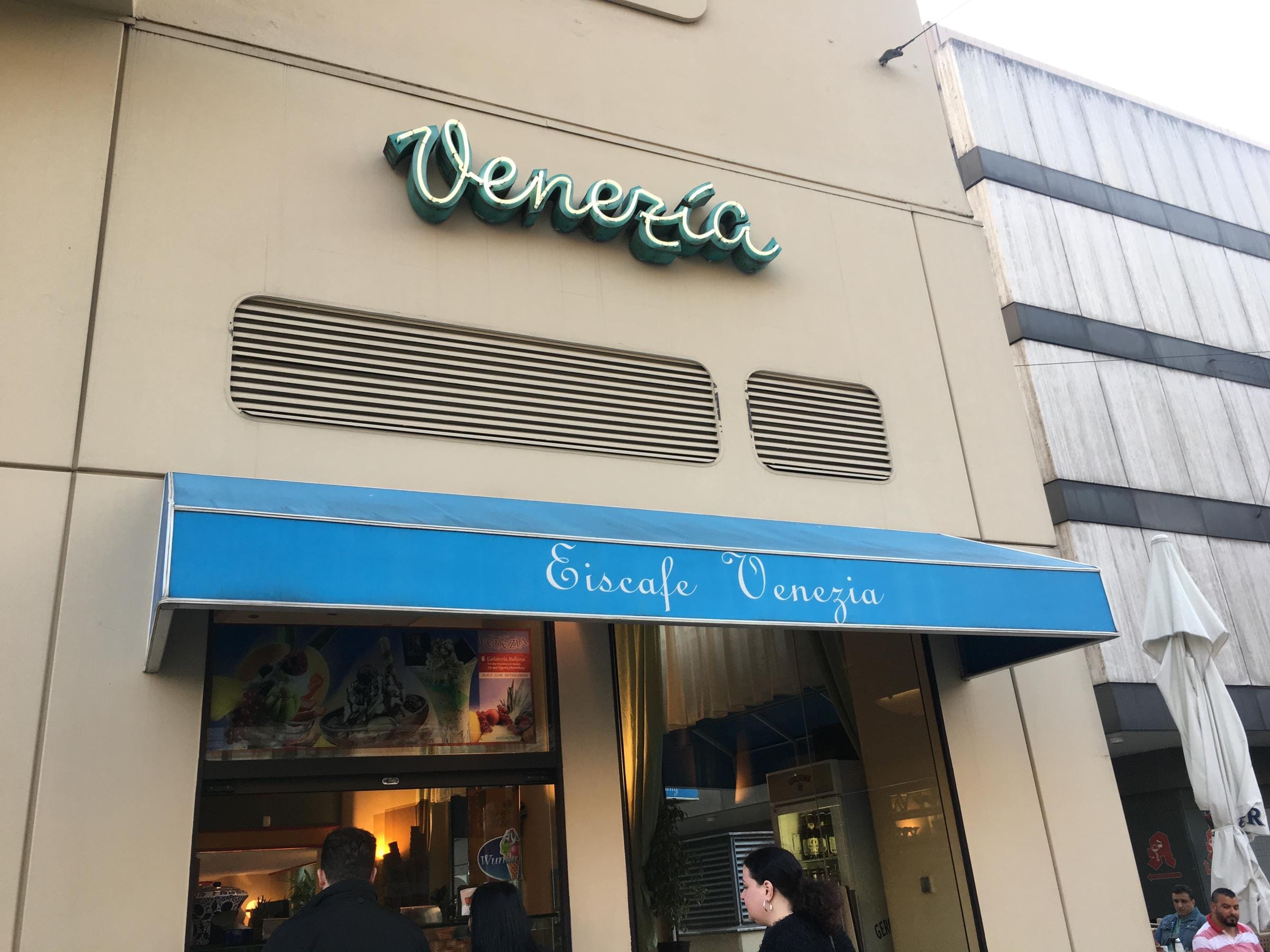 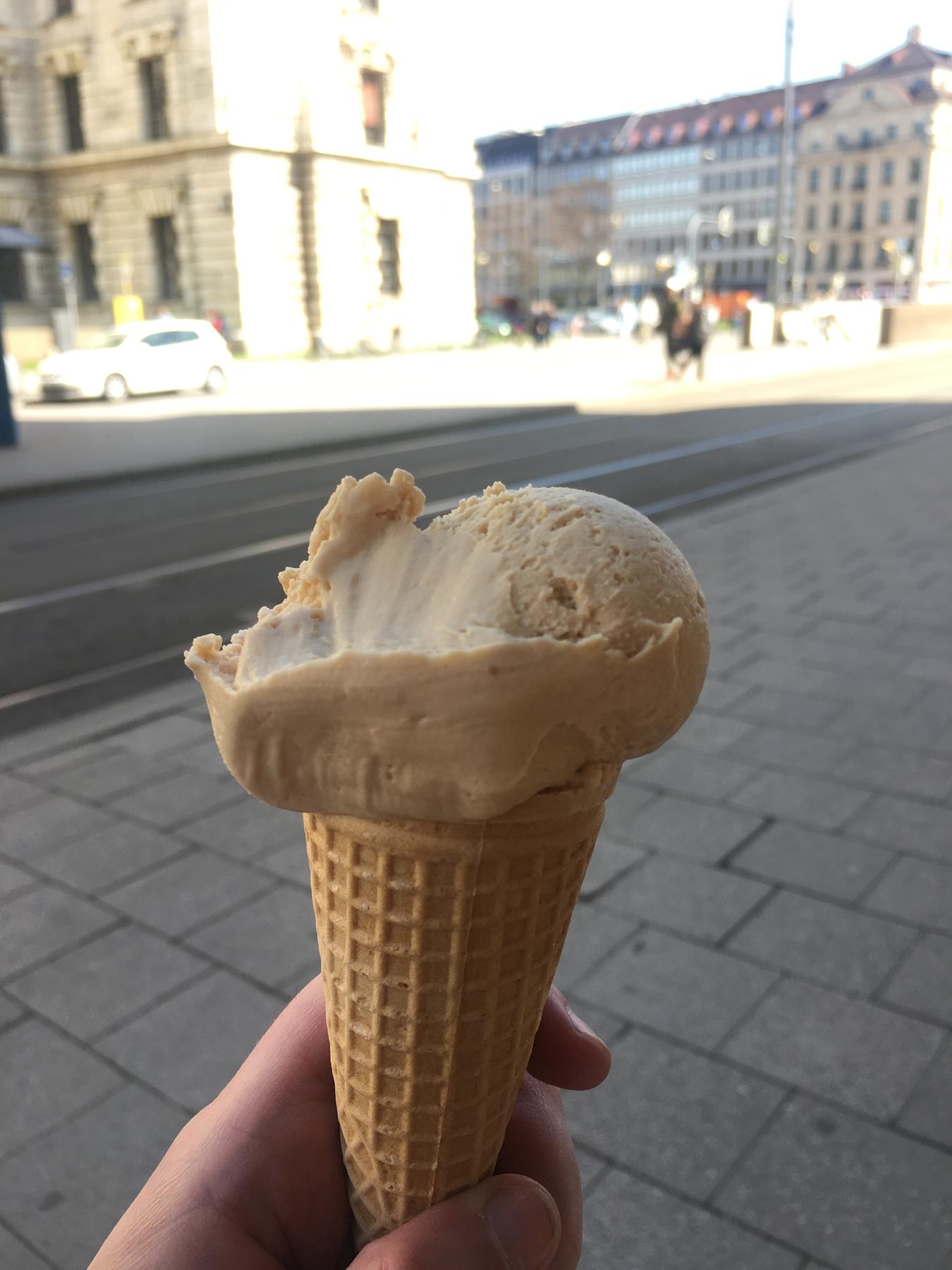 Tucked inside of the Münchner Stadtmuseum, this sizable theater plays everything from contemporary films to retrospectives and themed series (some films are in English). Tickets are affordable and no one will mind if you sneak a power nap. 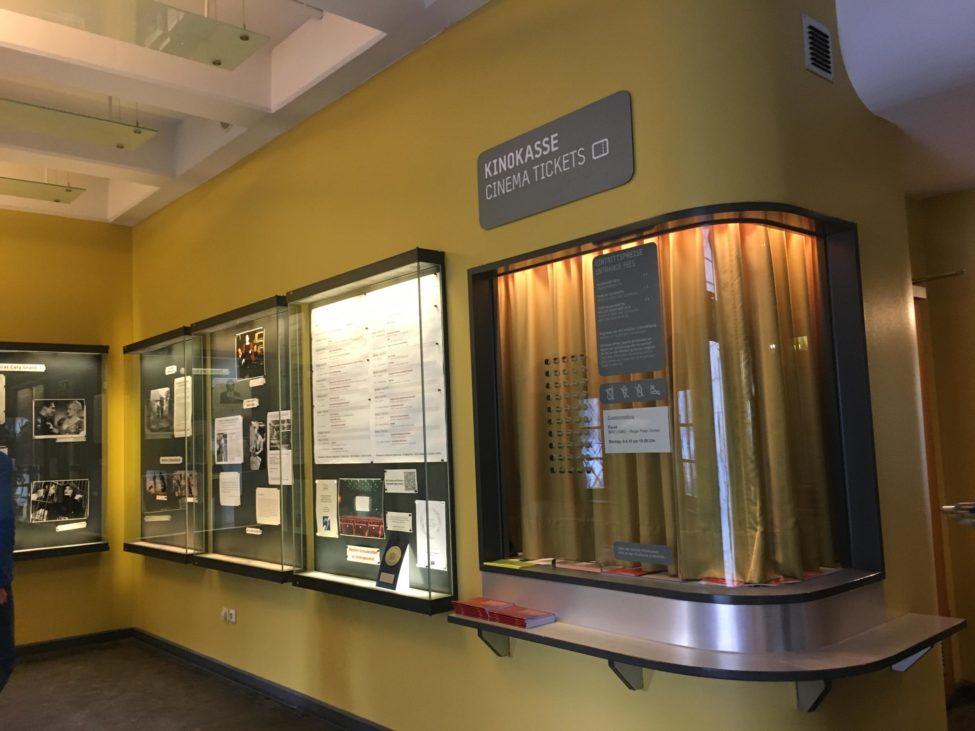 7-8 pm: Grab a Beer at Weiberwirtschaft

Cure those pre-flight jitters at this down-home spot owned by two friends, and illuminated in pink, yellow, and blue neon. 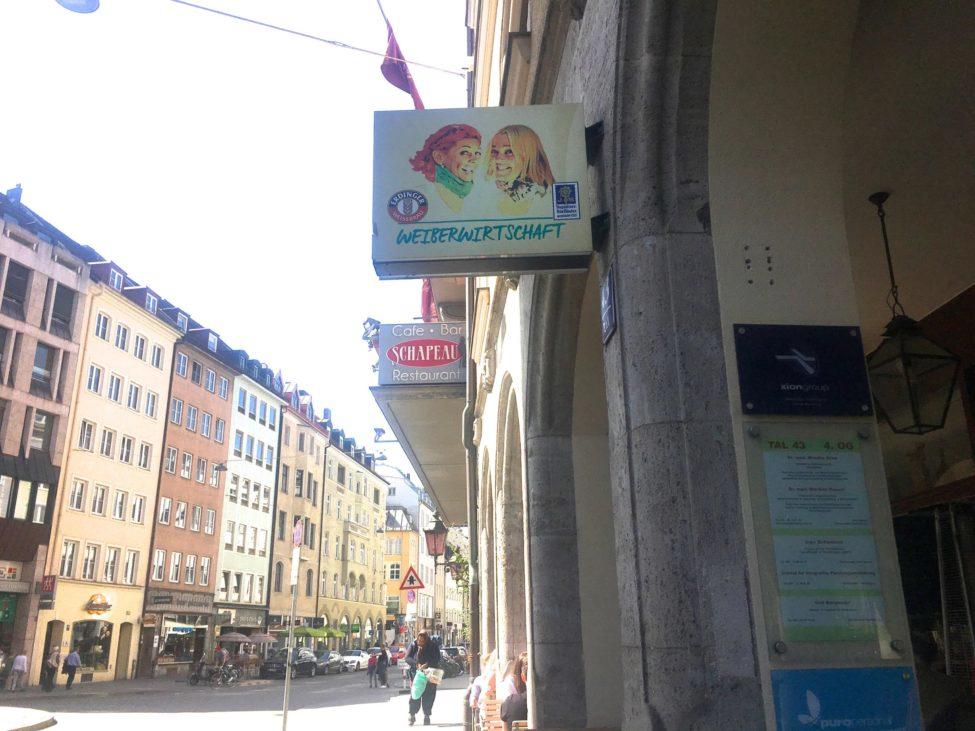 Now back to the airport! Wasn’t that better than even the premium-est of lounges?