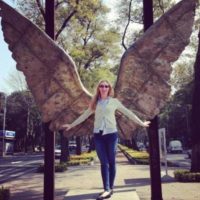 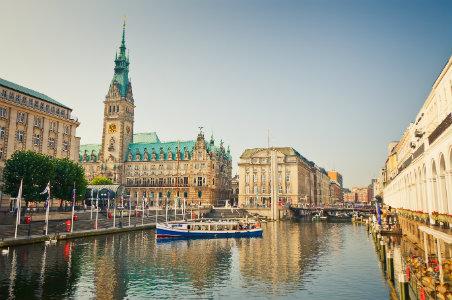 Hamburg is an exciting destination with international appeal, yet the city often plays second fiddle to Berlin, particularly this year with the 25th anniversary of the fall of the Berlin War coming up in November. But Germany's welcoming port city is undoubtedly a worthwhile destination in its own right, plus it's only a quick two-hour train ride from Berlin and the two cities complement each other perfectly. Here are six reasons to head to Hamburg. 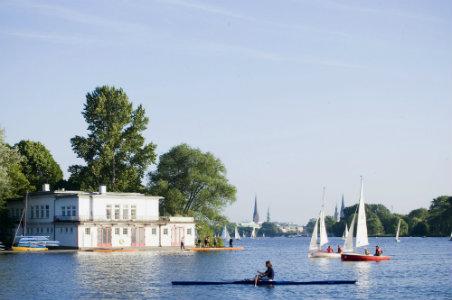 Hamburg is all about the water, and locals and visitors take every opportunity to get out on a boat. This is a port town, on the banks of the Elbe River, and Inner and Outer Alster lakes are right at the center of town. There are almost endless opportunities for boat tours in the harbor, along the canals, or around the lakes, or to rent sailboats, paddle boats, kayaks, and canoes. Several well-established companies offer boat tours; for boat rentals, head to Gurlitt-Insel pier off Ander Alster or check out companies like Segelschule Käpt'n Prüsse. 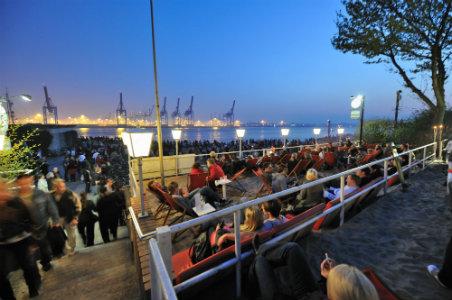 Where's there's water, there are beaches, and where there are beaches, there are beach bars. If it's sand you're after, head to the popular Strandperle (Beach Pearl), Hamburg's first and most laidback beach bar, on the Elbe. It's the perfect, rustic spot for a day at the beach, or for a drink and dinner while you watch the sun set. For man-made beaches, head to Strand Pauli at the port, where sand has been imported to the terraced banks alongside water, with deck chairs and lounge areas, and surprisingly atmospheric views of the cargo ships and shipping containers. 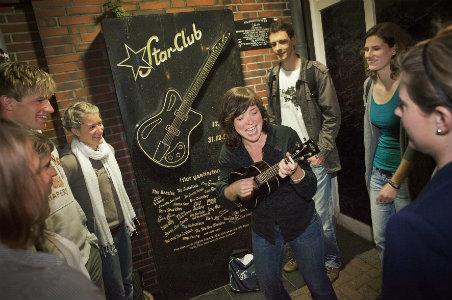 Did you know the Beatles got their start in Hamburg? John Lennon, Paul McCartney, George Harrison, Stuart Sutcliffe, and Pete Best went to Hamburg as teenagers and played literally hundreds of marathon-length shows in the city, between 1960 and 1962. Today, you can take Beatles-focused tours that visit the band's old haunts. Stefanie Hempel leads a musical tour, singing Beatles tunes and playing a ukulele as she goes (patrons are encouraged to sing along).

As with most large cities around the world, Hamburg has no shortage of big-name stores, but if you head to the Karolinenviertel area, you'll find all sorts of funky shops selling interesting, locally made apparel and housewares. Maison Suneve is a clothing boutique known for using fabrics printed with architectural landmarks; Lockengelöt specializes in recycled accessories for the home, like plates, bowls, and ashtrays made from old vinyl LPs or coffee tables and shelving units made from oil barrels; and Hanseplatte is an überlocal record store, selling only work by Hamburg artists. There are numerous cafés and bars in the area, as well as a flea market, Flohschanze, every Saturday from 8 a.m. to 4 p.m. on the site of an old slaughterhouse.

Port towns have always been synonymous with nightlife, thanks to the travelers and sailors coming ashore and looking for a good time. St. Pauli is Hamburg's entertainment district, while the Reeperbahn, the city's red-light district, is quite tame these days and becoming more gentrified. During the day, there are art galleries and cafes in the area north of the Reeperbahn, while in the evening, the casual bars south of Reeperbahn fill with locals, many of whom later head to the area's many clubs. The area really gets going between 1 and 3 a.m., so be prepared for late nights if you want to keep up with the crowds. 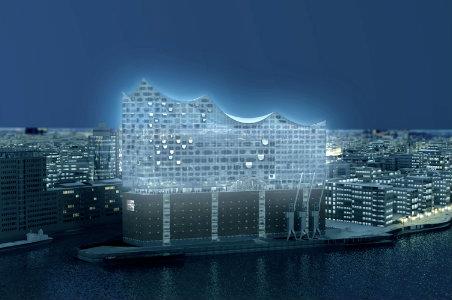 You'll be hearing more about Hamburg's new concert hall, the Elbphilharmonie, in the next few years. It's a futuristic venue poised to be as iconic as the Sydney Opera House, with what some are speculating will be the best acoustics in the world. Dramatically located on the Elbe River, the concert hall looks like a huge, majestic ship with its its translucent glass façade. After more than a few setbacks, the Elbphilharmonie is expected to open in 2016 or 2017, but guided tours of the work-in-progress are currently available.