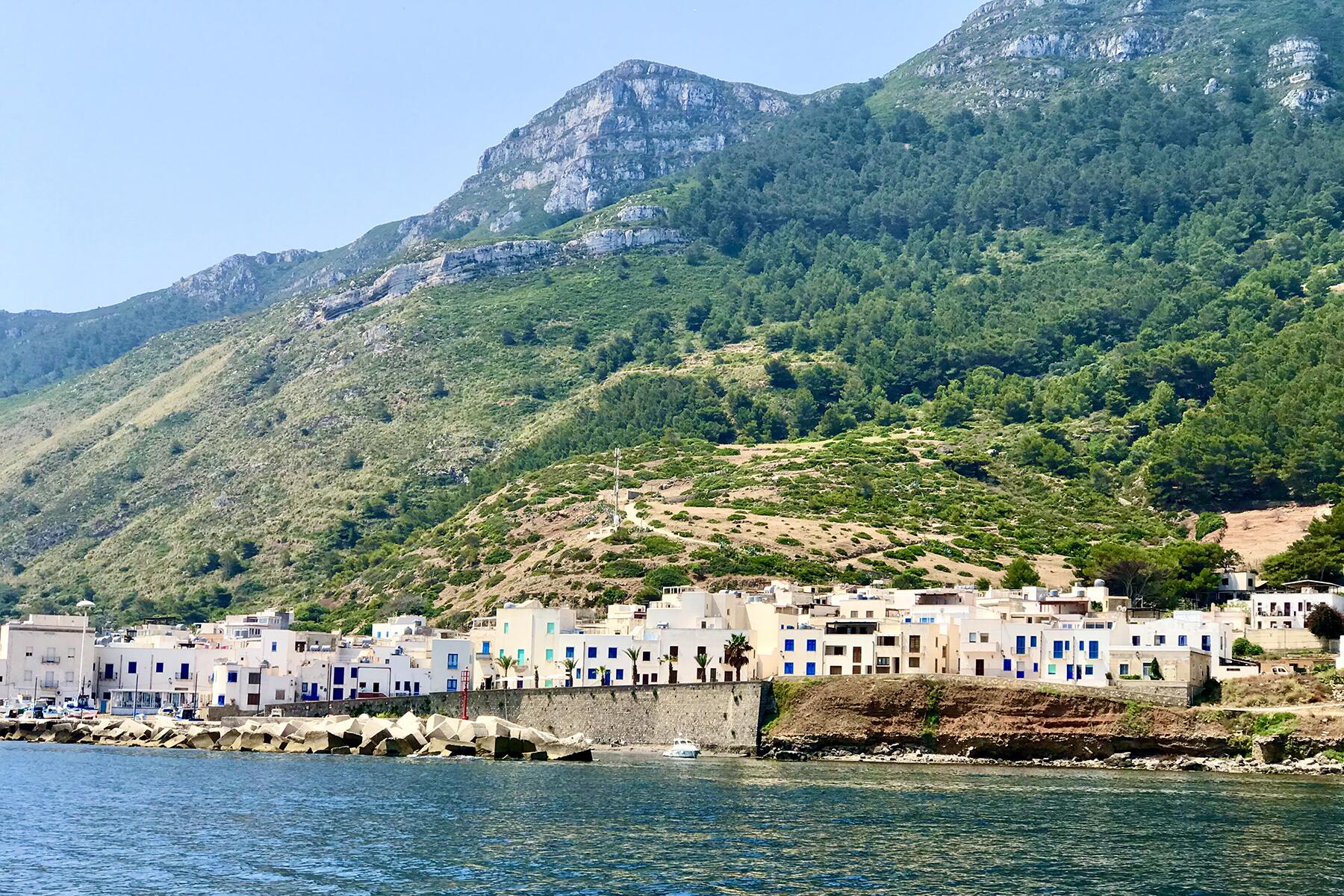 Turns out the city of Paris is a very good main character.

From the “Lost Generation” of early 20th century writers to the New Wave films of the 1960s, Paris has often been at the forefront of major movements in literature and film. As culture has progressed, the city and its cast of characters have continued to find their way into the world’s books and movies, telling the stories of the French Revolution, the sexual revolution, the immigrant experience, and more. Here are 10 books and 10 movies to inspire you as you prepare to visit Paris.

A Moveable Feast by Ernest Hemingway

This memoir was first published in 1964, three years after Hemingway committed suicide. His series of vignettes set in Paris in the early 1920s is so perfect, “at first you can be fooled into thinking it’s just a little book about Paris.” With specific addresses of cafés, bars, and places he lived, you can retrace the journey of one of the most prolific writers of the 20th century, who captured the directionless wanderings of the lost generation so well.

Arts & Culture Deanne Revel 13 Problematic Disney Attractions That Have Changed, Are Changing, or Need to Change
Continue Reading Article After Our Video

Victor Hugo’s novel is widely considered one of the greatest novels of the 19th century, a love story that has been adapted to stage, television, and film. Forget reality TV, this storyline includes lies, theft, pregnancy, justice, and lots of secrets. Set against the backdrop of the June Rebellion of 1832, this is the story of Jean Valjean, who agrees to care for a factory worker’s daughter while being hunted down by a policeman named Javert over the course of several decades.

Parisians: An Adventure History of Paris by Graham Robb

You could spend a lifetime trying to study the history of Paris, but Graham Robb tries to do it through a series of engaging factual stories of various characters that lived in the city. Adulterers, policemen, murderers, prostitutes, and revolutionaries all get a turn as Robb spans the centuries, from 1750 to the present day. The end result not only shows the varied personalities of the City of Light but also the many events that shaped the city, from the Terror to the May ’68 revolt, which took the country to the brink of civil war.

The Autobiography of Alice B. Toklas by Gertrude Stein

Gertrude Stein admitted to writing this book in six weeks to make a quick buck and Alice B. Toklas, Stein’s life partner, didn’t think the story would be a success. Nevertheless, Modern Library has ranked it as one of the 20 greatest nonfiction books of the 20th century. Narrated by Alice, the book describes the couple’s life together in Paris at 27 rue de Fleurus as they rub elbows with some of Paris’s great artistic elites and live through WWI while volunteering for the war effort.

Baldwin moved to Paris in 1948 and eight years later, at age 32, he published this controversial second novel, a fictional story with what many called explicit homoerotic content. Narrated by an American expat living in Paris, the main character, David, struggles with his sexuality and his internalized shame. He succumbs to social pressure and proposes to Hella, but when she goes away on a trip, David starts a tormented affair with Giovanni, an Italian bartender. Repressing his homosexuality, he leaves Giovanni for Hella until she discovers his secret. Baldwin always maintained a connection to France. In 1970, he moved to the artistic enclave Saint-Paul-de-Vence in the south of France.

Celebrated Canadian writer and New Yorker contributor Mavis Gallant, who died in 2014 at age 91, spent most of her life in Paris. This series of short stories, selected by Michael Ondaatje, another feted Canadian author, is her most memorable and run the gamut from mysterious to funny as they weave together a tale of the city through the eyes of expats, exiles, children, and wayward saints. The stories form a literary mosaic of a dynamic city in modern times.

The Only Street in Paris: Life on the Rue des Martyrs by Elaine Sciolino

There’s no better way to visit a foreign city than by being shown around by someone who’s lived there. In this case, it’s Elaine Sciolino, the former Paris Bureau Chief of the New York Times, who gives readers a tour of her favorite street in the 9th arrondissement. From the beheading of a saint to a lesbian dinner club, Sciolino paints a picture of a charming and idiosyncratic street that has managed to keep its charms safe from the developer’s wrecking ball. This book will make you want to hunt out other Paris streets similarly lined with mercury barometer repair shops and gender-bending cabarets, streets that are a stone’s throw away from the typical tourist haunts of Paris.

The Paris Wife by Paula McLain

While a great writer, Ernest Hemingway was a poor boxer and an even worse husband. Paul McLain’s 2011 best seller is a fictionalized account of Hemingway’s first marriage to Hadley Richardson. The narrator is Richardson, who describes her marriage and life in Paris in the early 1920s. Eventually, their marriage falls apart when Hemingway has an affair with her friend, but along the way, they meet famous expats like Gertrude Stein, F. Scott Fitzgerald, and James Joyce.

Paris Noir: African Americans in the City of Light by Tyler Stoval

The Elegance of the Hedgehog by Muriel Barbery

First released in 2006, Muriel Barbery’s book became an instant success in France and has been translated into more than 40 languages. It’s the story of a concierge at 7 rue de Grenelle in Paris who keeps her intelligence concealed until the 12-year-old daughter of rich upper-class tenants uncovers her aptitude. The events and ideas of the novel touch on philosophy, personal conflict, and class-consciousness through the thoughts and reactions of the two main characters.

A city like Paris has a thousand stories. The 2006 movie Paris Je t’Aime contains 18 of them. This anthology film was originally meant to have 20 stories, one for each arrondissement in Paris, but the 15th and 11th arrondissement shorts could not be integrated into the final film. The plots are as eclectic as the different writers and directors are who were selected for each vignette. From the Cohen brothers to Japanese director Nobuhiro Suwa, each little film within this big film paints a portrait of Paris that is as distinctive as each of its creators.

It’s hard to think of any unofficial anthem for Paris other than “La Vie en Rose.” The opening notes from the accordion are as emblematic of the city as a beret and baguette. In 2007, Olivier Dahan wrote and directed this stunning biopic on one of France’s iconic singers, Edith Piaf. Piaf did not live a charmged life: she grew up a street urchin in Paris, lived through the Nazi occupation, and her love life was heartbreaking, as was her eventual death. Marion Cotillard won an Oscar for her performance in the title role.

Nominated for five Academy Awards, this 2001 French romantic comedy is perhaps the best-known cinematic export to many Americans. The film tells the story of a shy waitress, played by Audrey Tautou, who decides to make the lives of those around her better while trying to cope with her own isolation. The movie spotlights the colorful Montmartre neighborhood where Amelie lives; the Cafe de 2 Moulins where Amelie works is a real place, too, but don’t expect any of the waitresses there to change your life.

This is the long-awaited sequel to Richard Linklater’s 1995 film Before Sunrise, which followed a young American played by Ethan Hawke as he meets a young French woman played by Julie Delpy. The bond as they walk around Vienna falling for each other, knowing they only have until the next morning to be together. The 2004 follow-up has them meeting at long last again in Paris, both older and more stable, but still feeling the same spark (the power of a Parisian romance would be proved in the 2013 third film of the series, Before Midnight, which sees them married with children on a vacation in Greece).

Remade in 1983 with Richard Gere, the 1960 original written and directed by Jean-Luc Godard is one of the most inspirational and famous of the French New Wave genre. It’s the tale of a wandering criminal Jean-Paul Belmondo and his American girlfriend, played by Jean Seberg. Seberg’s pixie cut haircut went on to become one of the defining cultural trends of the 1960s. Breathless and other French New Wave films “breathed” new life into the French film industry and had a huge impact on American cinema.

Paris’s most famous nightclub and its racy cancan dancers have symbolized a frenzied vision of turn-of-the-century Paris that endures to this day. Baz Luhrmann’s 2001 splashy and colorful jukebox musical brings the decadence of the club back to life. Starring Ewan McGregor as a young English poet who falls for cabaret performer and courtesan Nicole Kidman, the film is a whirlwind of boy meets girl and then desperately trying to hold on to that girl. The film deservedly won the Academy Award for Best Art Direction and Best Costume Design.

This 2014 drama shows a side of Paris far from the Arc de Triomphe and Louvre. Directed by Celine Sciamma, Girlhood is a coming-of-age film that tells the story of Marieme, a young black girl who lives in a rough suburb of Paris. It discusses the perceptions of race, gender, and class that all of France and Europe at large are experiencing now. The film received praise at several film festivals as the director tried to capture the stories of an underrepresented part of French culture.

Remember “Thank Heaven for Little Girls”? This is the movie that the song comes from. Perhaps Maurice Chevalier’s most celebrated song, this musical follows the story of Gigi, who is sent to live with her aunt to learn the ways of high French society. Although the title song does not stand the test of time and seems quite creepy now, watch the movie if only to see the sparkling charm of Maurice Chevalier and what the Paris of the elites would have looked like at the turn-of-the-century.

You don’t want a rat in your kitchen unless he can cook. This 2007 Pixar animated film tells the story of an exceptionally gastronomically talented rat who stumbles into the path of Linguini, a young garbage boy. While hiding under Linguini’s hat, Remy the rat pulls the strings leading to eventual haute cuisine success. Prior to filming, the director and several crew members spent a week in Paris eating at several top restaurants. Sadly, they did not interview any Parisian rats while there.

If you’ve taken a high school French class then you have seen The Red Balloon. This 1956 French fantasy/comedy/drama follows the adventures of a young boy who one day finds a sentient, mute red balloon. Writer and director Albert Lamorisse cast his own children as the two main protagonists. It was filmed in the Belleville area of Paris, but much of what you see no longer exists thanks to the city’s effort to rebuild the once-decaying neighborhood.