Given the rising waters of the Seine and the tendency toward flooding, the shorter the pants, the better.

very year in the French capital, along with heavy rainfall comes the fear that the water in the River Seine will rise to dangerous levels and cause flooding throughout the city and surrounding regions. June 2016 resulted in one of the worst floods in recent years, triggered by the wettest May since 1959. With a level of almost 4.5 meters (15 feet) above average, the highest in nearly 35 years, even the Orsay and Louvre museums shuttered, the latter moving 250,000 artworks out of basement storage to safer, higher space above ground.

The worst Paris flood to date occurred in late January of 1910 when the Seine River reached a maximum height of 8.62 meters (28.28 feet) above normal. Often referred to as the 1910 Great Flood of Paris, the city streets became flooded from the overflowing sewers and subway tunnels. For the nearly two months that followed, Paris took on the appearance of Venice, Italy, with residents rowing down streets in wooden boats and walking along improvised pathways. Over 14,000 buildings became flooded, including the National Assembly.

As recently as February 2021, Paris was put on flood alert as the river swelled. City dwellers were warned of the rising water thanks to one man in particular—the Zouave. This stone statue by French artist Georges Diebolt has been an informal flood marker since 1856 when he was placed on the Pont de l’Alma. History expert and online Paris tour guide Corey Frye explained that the Pont de l’Alma bridge “commemorates a Crimean War victory in which many Zouaves fought.” Who were these Zouaves? Frye continues, “They were light infantry soldiers of the French Army, originally based in North Africa.” Their name is derived from Zouaoua, a Berber tribe.

Dating back to when the bridge was first built, this infantryman was joined by three comrades: a grenadier, a hunter on foot, and an artilleryman. Since the bridge was reconstructed in steel in the 1970s, these statues have been relocated and now live in other French cities. Specifically, the skirmisher was moved to the Gravelle Stronghold in Vincennes, the grenadier to Dijon, and the artilleryman to La Fère. Only the Zouave remains, and when his feet are covered by water, Paris is on alert! 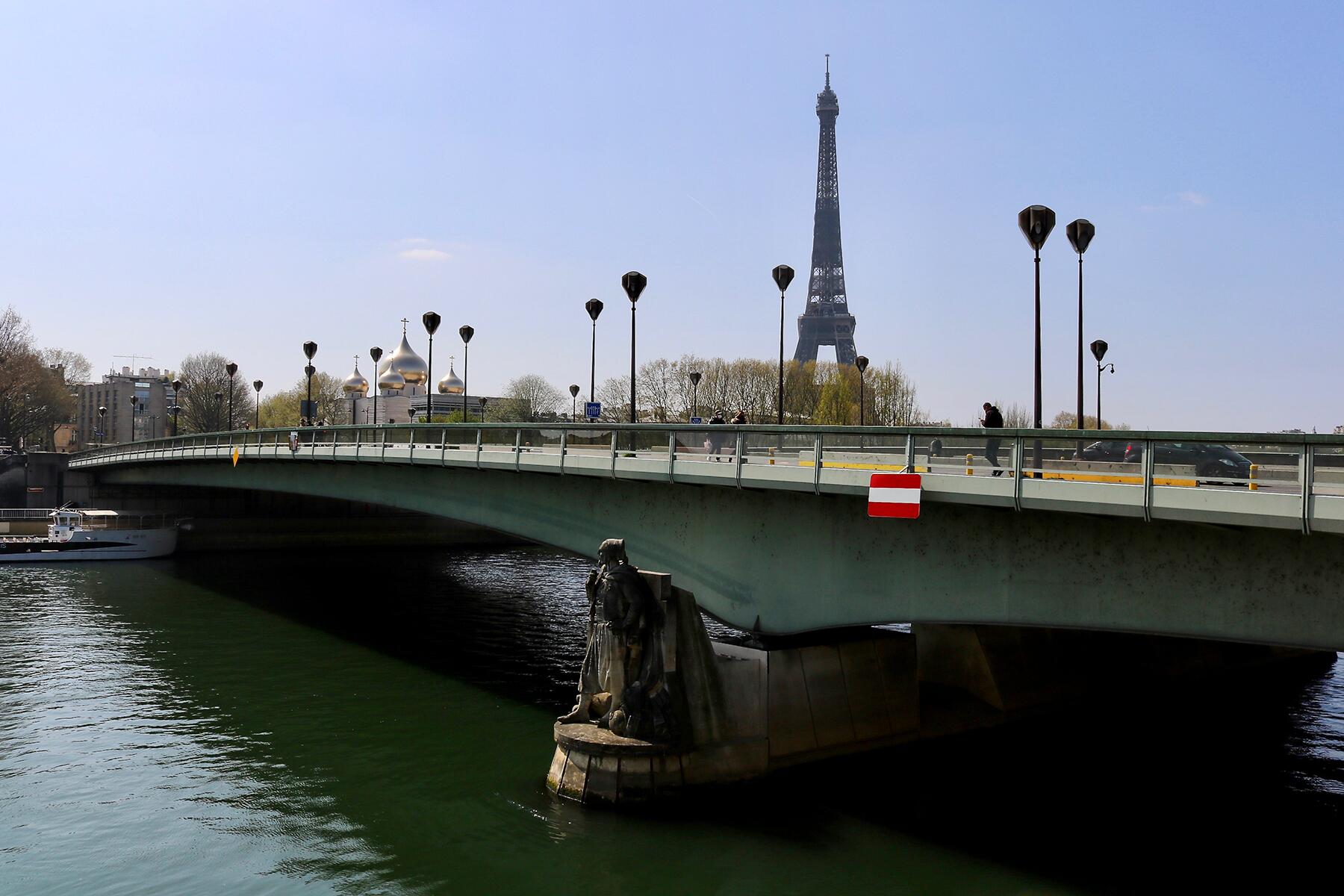 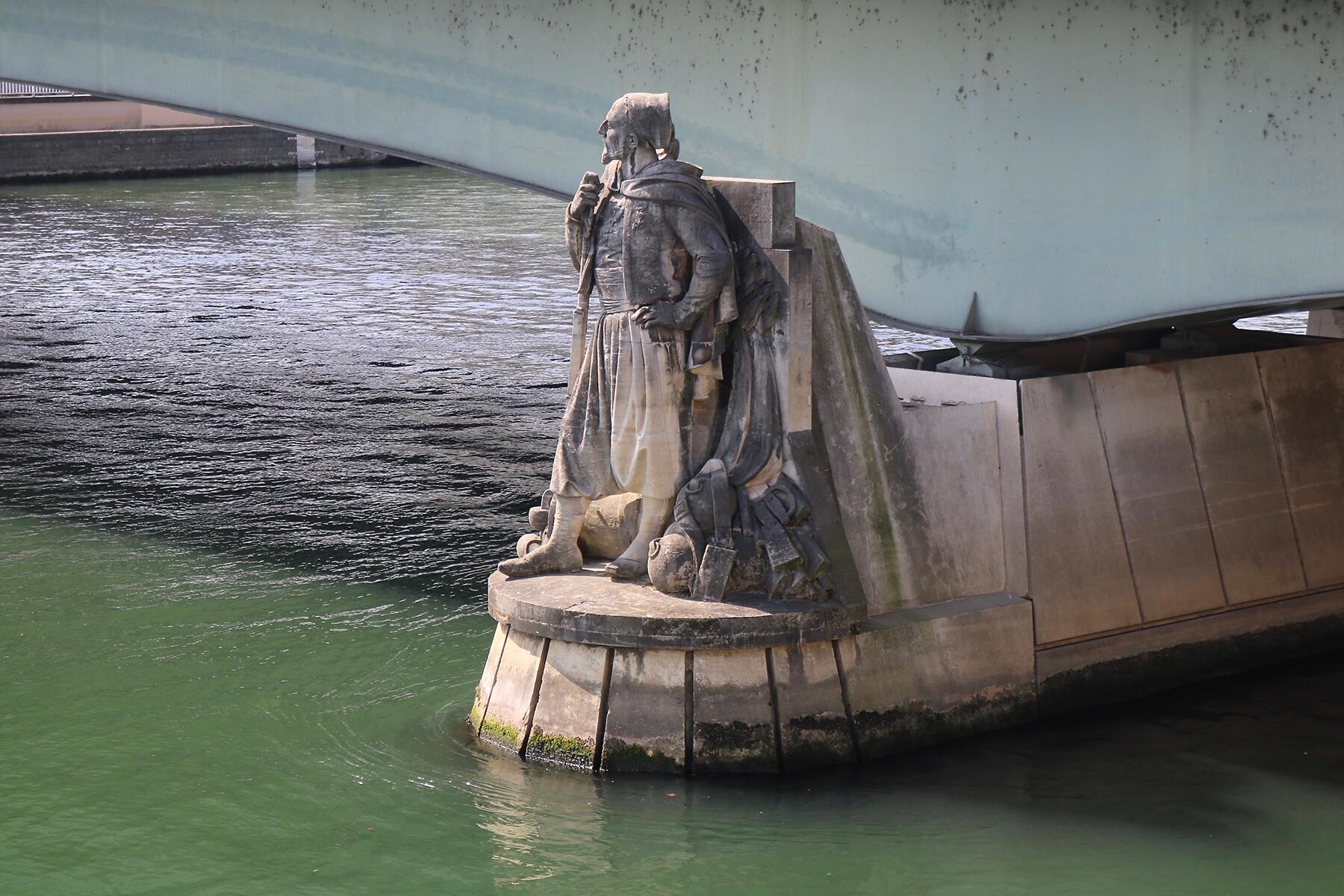 Exactly how reliable is the Zouave at predicting floods? Given that the official measurement points are on the Pont d’Austerlitz and the Pont de la Tournelle, Parisians often rely on this man alone, making him a source to be trusted. He acts as a flood marker merely by how much of his body is submerged. Frye, who keeps a close eye on the Zouave, confirmed that “When the water reaches his feet, the riverside walkway should be closed, whereas the river is deemed unnavigable when the water reaches his thighs. Amazingly, the water reached his shoulders during the Great Flood of 1910.”

Standing at an imposing 5.2 meters (17 feet) tall and weighing a hefty eight tons, how and when was the Zouave awarded with such an important role? It began at his inception and became “official” during the Great Flood, with photos of this 19th-century work of art up to his waist in water. Through the years, he became a cultural icon of Paris, featured in dozens of songs and novels, including the Tintin tales, beloved by children of all ages. Although in The Adventures of Tintin, Captain Haddock uses the term “faire le Zouave” as an insult meaning “to act the fool.” Joining the modern world of social media, the Zouave even has his own Twitter account providing updates on rising river levels and even a little humor mixed in.

The traditional uniform of this famous French statue is also notable, indicative of the styles of clothing worn in North Africa in the early 1800s. Several paintings and sketches of Zouave soldiers clad in a short jacket, baggy trousers, sashes, and a headdress appear in Van Gogh’s paintings dating back to Arles in 1888. The Zouave also made it as far as Italy, fashionably speaking that is. Pantalone alla Zuava refers to short trousers that fit tightly just below the knees, known more commonly as knickerbockers. Given the rising waters of the Seine and the tendency toward flooding, the shorter the pants, the better. But let’s leave the job of predicting floods to the man best appointed to the role.