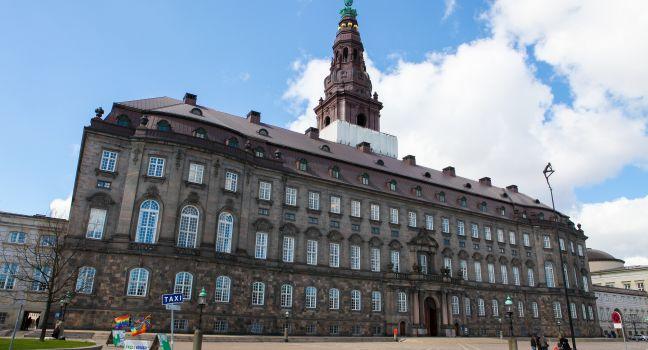 Surrounded by canals on three sides, the massive granite Christiansborg Castle is where the queen officially receives guests. From 1441 until the fire of 1795, it was used as the royal residence. Even though the first two castles on the site were burned, Christiansborg remains an impressive neobaroque and neoclassical compound. It now houses parliament and the prime minister's office.