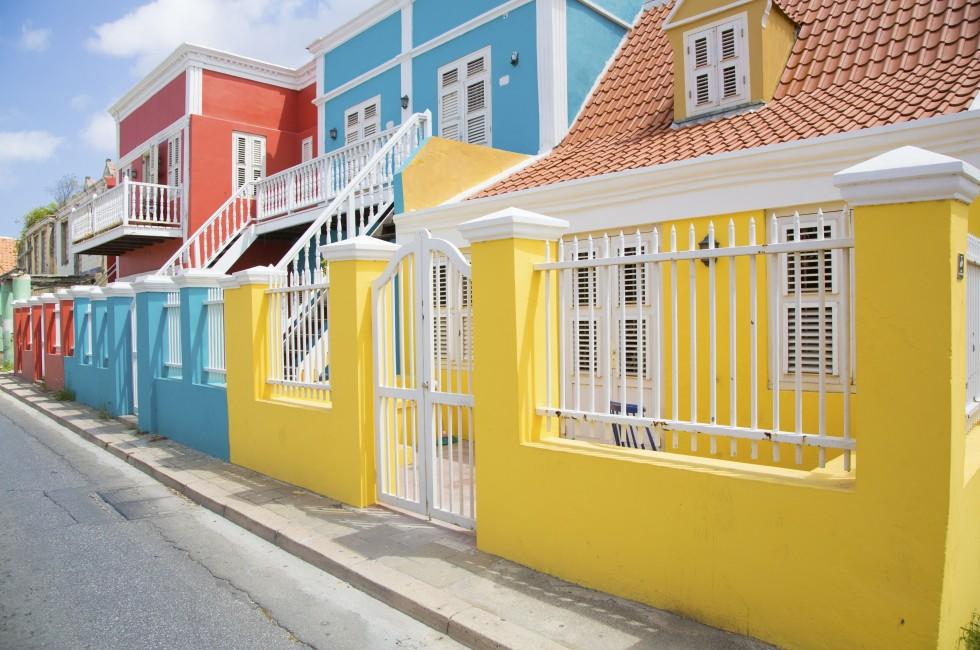 Curaçao is the most colorful and culture-rich of the Dutch Caribbean triumvirate of tropical islands called the ABCs (Aruba, Bonaire, and Curaçao). Fringed with 38 beaches and ringed with coral walls full of resplendent marine life, Curaçao is a haven for snorkelers and divers with first-rate facilities for both and a wide range of cosmopolitan hotels that welcome all. From the UNESCO World Heritage harbor city to the arid interior dotted with plantation houses to the surf-pounded cliffs overlooking endless seas, there is something to satisfy every kind of traveler.

The UNESCO World Heritage city of Willemstad is divided by a deep natural harbor making it a perfect crossroads for trade, and a valuable destination for maritime powers that once ruled the high seas. It has changed hands many times over the centuries in a constant tug-of-war between the Dutch, the French, and the Spanish; and even the Americans once had a brief foothold there. Today, it still attracts voyagers from all over the globe, but their designs on the historic city are purely recreational, as tourism is slated to become an increasingly important driver of the economy.

Curaçao is continually awash in colorful celebrations; from the long-lasting Carnival to a multitude of live music events like the Curaçao North Sea Jazz Festival, there is always something additionally special to enjoy beyond the unique architecture and beautiful beaches.

The Handelskade—the long row of candy-colored buildings lining Santa Anna Bay—is the signature postcard shot one will see in reference to this island. Local lore has it that in the 1800s, the governor claimed he suffered from migraines and blamed the glare from the sun's reflection off the then-white structures. To alleviate the problem, he ordered the facades painted in colors. (It’s also rumored he might have had an interest in the local paint company!) But there’s so much more to Willemstad for history buffs and culture seekers than brightly colored buildings. The ancient neighborhoods are alive with history and interesting stories, with many of the colonial structures that house museums and heritage sites like the Maritime Museum. Restored forts now house entertainment complexes and resorts, and recently transformed neighborhoods like Pietermaai also invite visitors to take a walk through then-and-now contrasts sitting side by side in real time.

Though first inhabited by Arawak Indians, Curaçao was "discovered" by Alonzo de Ojeda (a lieutenant of Columbus) in 1499. The first Spanish settlers arrived in 1527. In 1634 the Dutch came via the Netherlands West Indies Company. Eight years later Peter Stuyvesant began his rule as governor (in 1647, Stuyvesant became governor of New Amsterdam, which later became New York). Twelve Jewish families arrived in Curaçao from Amsterdam in 1651, and by 1732 a synagogue had been built; the present structure is the oldest synagogue in continuous use in the Western Hemisphere. Over the years the city built fortresses to defend against French and British invasions—the standing ramparts now house restaurants and hotels. The Dutch claim to Curaçao was recognized in 1815 by the Treaty of Paris. From 1954 through 2006, Curaçao was the seat of government of the Netherlands Antilles, a group of islands under the umbrella of the Kingdom of the Netherlands. In 2010, after discussions with the Netherlands, Curaçao's island council granted the territory autonomy (the same status Aruba attained in 1986).

Today Curaçao's population derives from nearly 60 nationalities—an exuberant mix of Latin, European, and African roots speaking a Babel of tongues—resulting in superb restaurants and a flourishing cultural scene. Although Dutch is the official language, Papiamento is the preferred choice for communication among the locals. English and Spanish are also widely spoken. The island, like its Dutch settlers, is known for its religious tolerance, and Curaçao is one of the most LGBT-friendly islands in the Caribbean.

Recommended Things to Do in CuraçaoSEE ALL

Find the perfect tours and activities in Curaçao.

Recommended Hotels in Curaçao SEE ALL

Recommended Restaurants in Curaçao SEE ALL

Find the best food tours and activities in Curaçao.

Netherlands Antillean florin or guilder; pegged to the U.S. dollar
Powered by Fixer.
The provided currency exchange rate is using data updated on a nightly basis.

Netherlands Antillean florin or guilder; pegged to the U.S. dollar
Powered by Fixer.
The provided currency exchange rate is using data updated on a nightly basis. 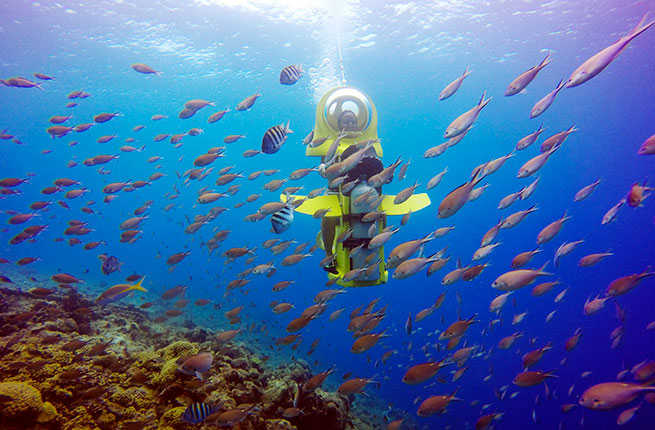 9 Under-the-Radar Things to Do in Curaçao
There’s a lot more to enjoy on this island beyond the beaches and famous blue liqueur.

5 Reasons to Go to Curaçao Now
If you’re looking for a relaxing beach vacation without throngs of tourists, go soon—before the word really gets out.

Where to Go This Fall
Fall is the time for savvy travels, with slashed prices, fewer crowds, and cooler temps. Whether its far-flung (Croatia, South Africa) or close-by (Colorado, Miami), here are our top destinations this season.