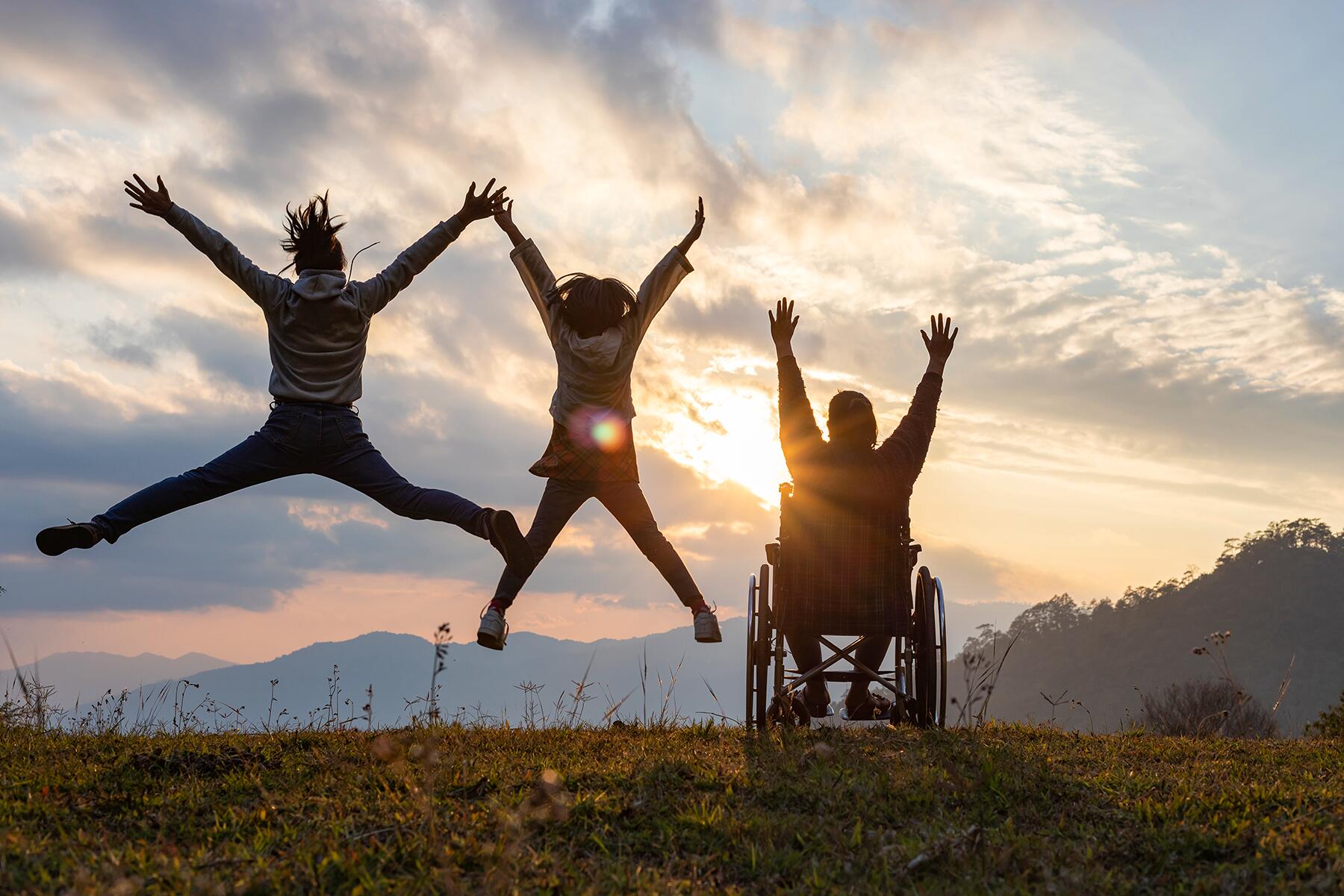 What you need to know to make the most of your first visit to Australia’s biggest city.

Sydney is often a visitor’s first stop in the immense and dynamic country of Australia. But it’s more than just a layover. This vibrant cultural hub is home to an incredible arts scene, hip restaurants and bars, chic hotels, and one of the world’s most photogenic skylines, featuring the iconic Sydney Opera House. The sprawling city can seem intimidating to first-timers, especially if you’re on a time crunch. Here are 8 tips for visiting Sydney, including what to eat and drink, what not to miss, and how to make the most of your time. 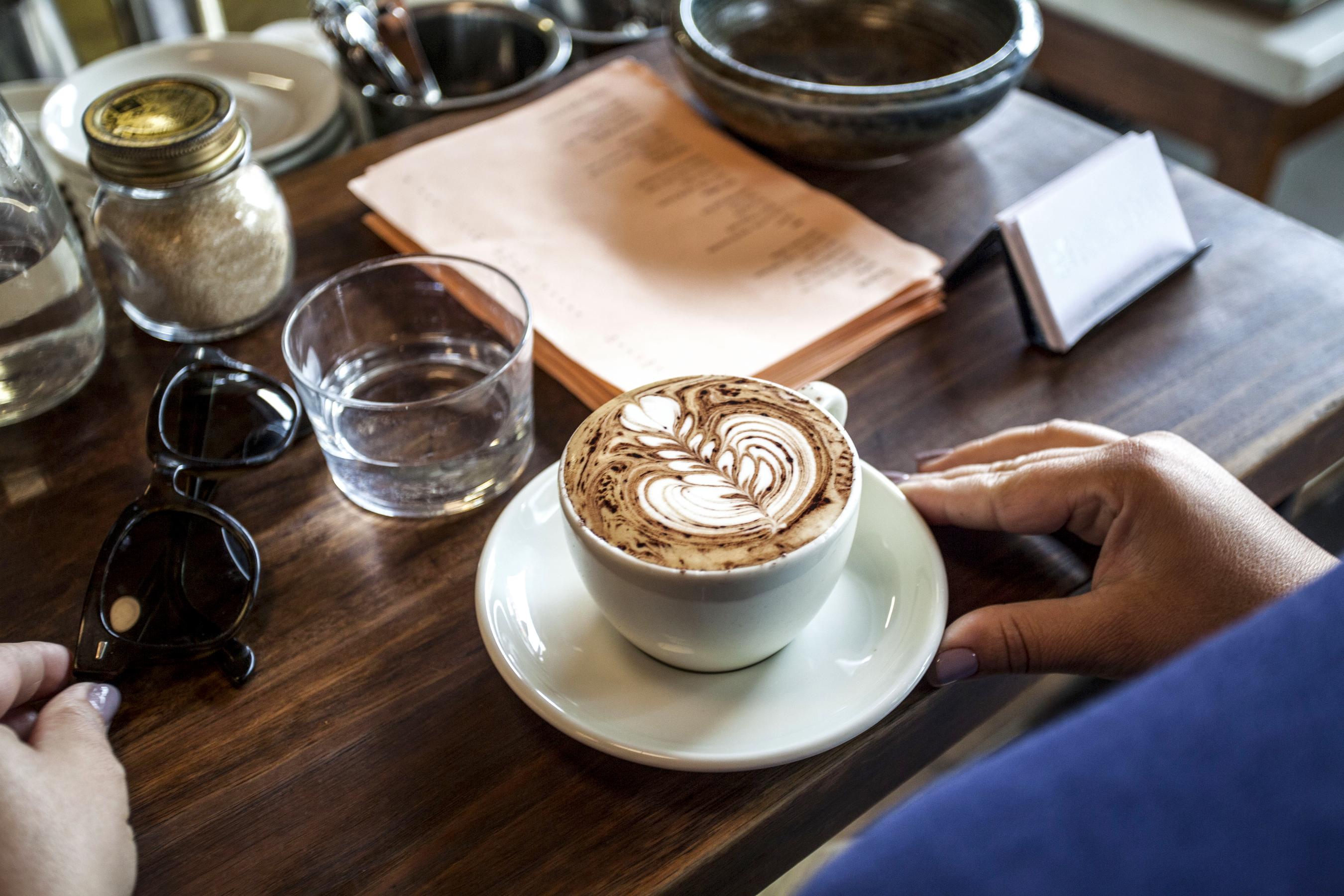 It’s All About Flat Whites and Espresso Martinis

If you have never tasted a flat white before, I am so excited for you. A flat white is Australia’s answer to the cappuccino. It’s the same general concept of espresso with steamed milk, but there’s none of the thick foam you’ll find topping a cappuccino. Instead, there’s a thin layer of very soft “microfoam” on top. It’s so delicious and creamy, you barely need to add any sugar. For the best flat whites, visit the city’s hippest coffee shops like the Paramount House Hotel, a chic boutique hotel in Surry Hills, and Brickfields in Chippendale. Coffee isn’t just for the mornings in Sydney, either. Across Australia, everyone is obsessed with espresso martinis, and you’ll find variations of the drink (usually some mix of booze, espresso or cold brew, and milk) at restaurants and bars across the city. Public House at the Hotel Palisade serves espresso martinis on tap, while Anason serves one made with Turkish coffee. Keep your eyes peeled for espresso martinis made with Mr. Black, a locally-made coffee liqueur from Distillery Botanica. 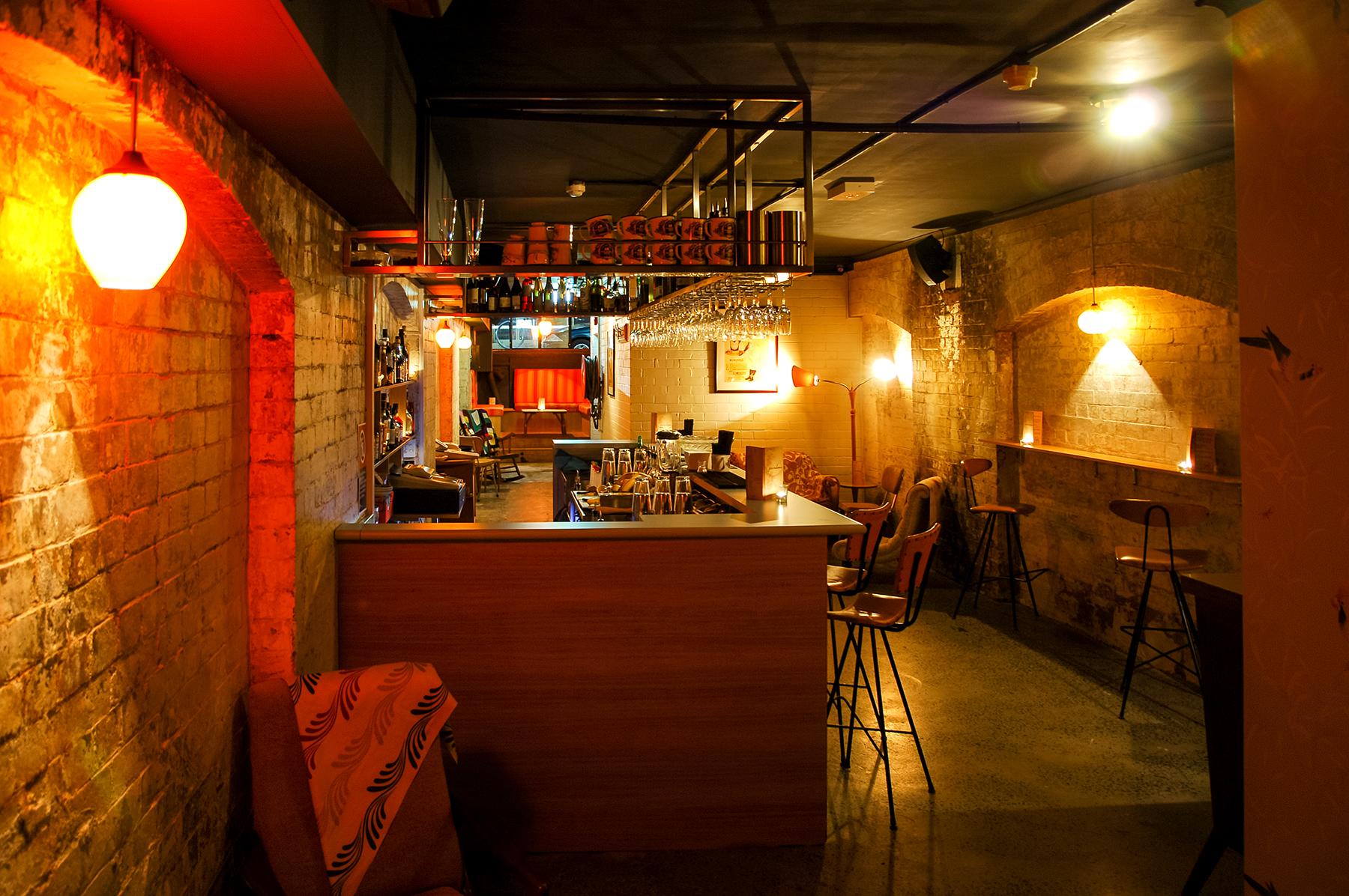 Due to a series of high-profile alcohol-related incidents, the city has enacted some controversial legislation in the CBD (Central Business District), known as the Lockout Laws. Some of the rules are: No shots after midnight, no drinks served in glass after midnight, and no entry to a bar after 1:30 am. This means that bar-hopping after midnight is not really a thing and most cocktail bars close around 12 or 1 am. But, that doesn’t mean Sydney is a total ghost town after dinner–Grandma Bar and The Bearded Tit are some of the coolest bars in the city (or any city) with great music, craft cocktails, and funky decor. Just make sure to get there by 11 pm at the latest.

INSIDER TIPEven if you’re not planning on renting a car, driving on the left has a few implications for city life: don’t startle anybody by opening the driver’s side door of your taxi or Uber, look both ways a million times before you jaywalk or cross without a crosswalk, and walk on the correct side of the sidewalks. 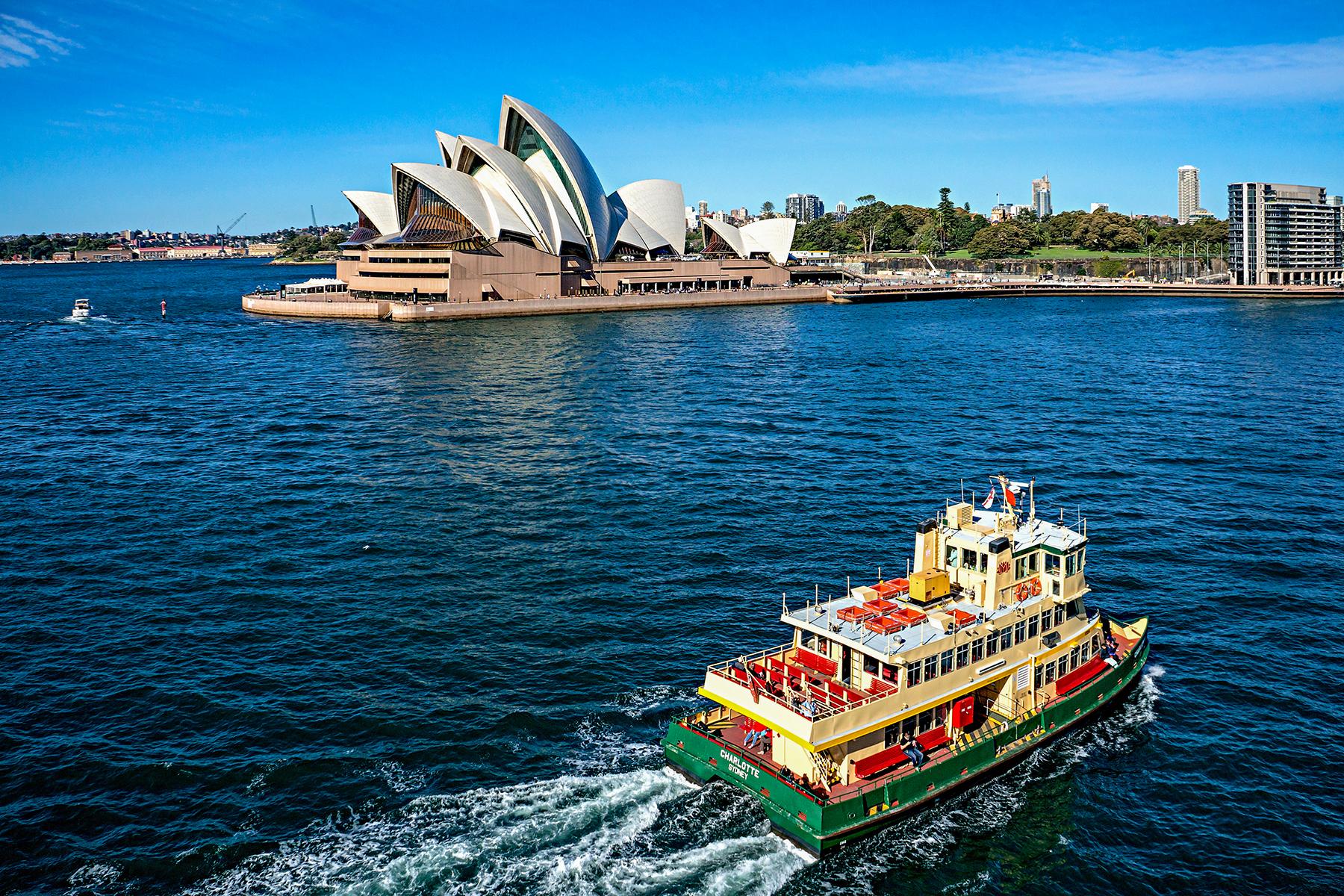 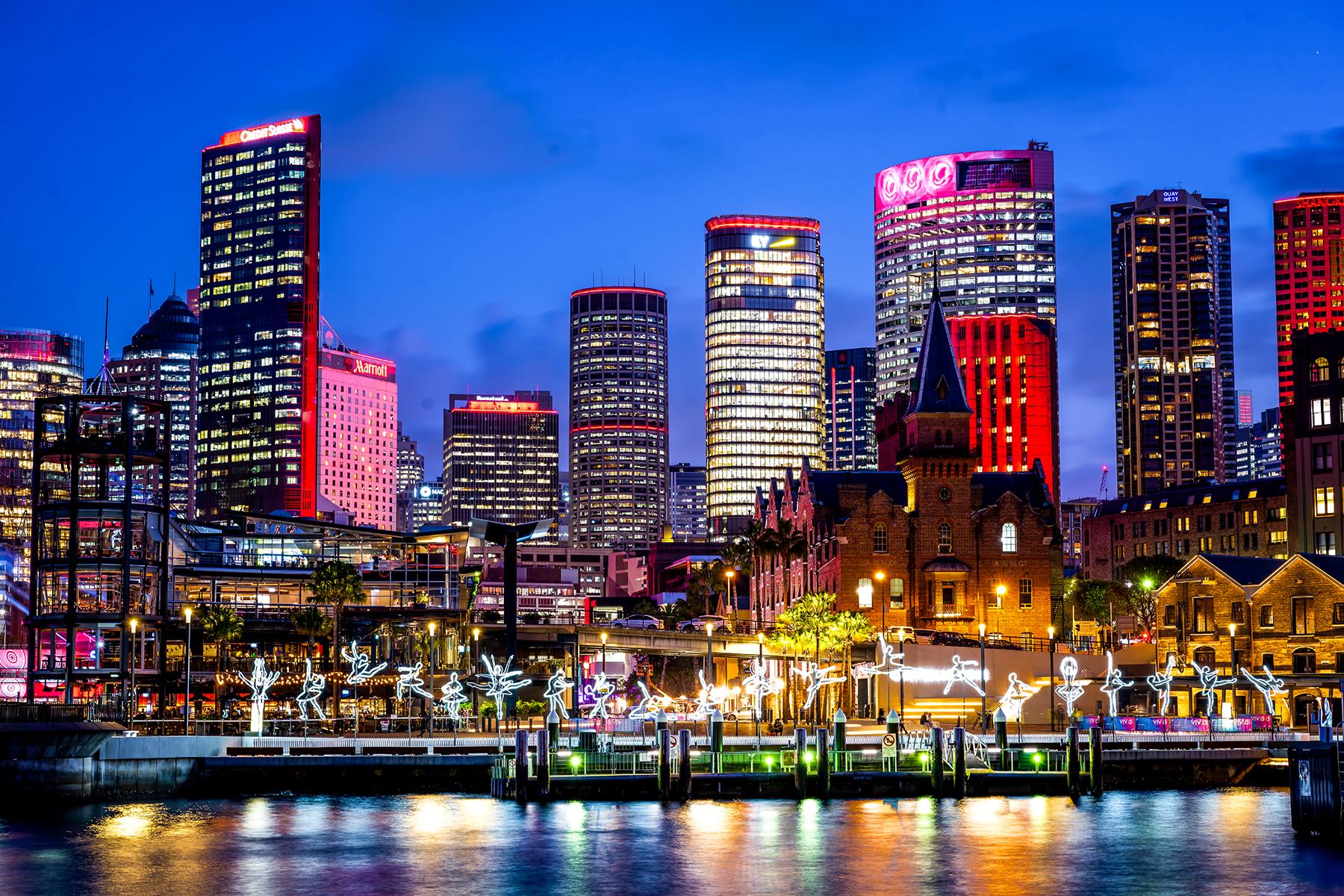 Where to Find the Best View of the City

Sydney is a city that is best photographed from the water–there’s nothing like seeing the Sydney Opera House for the first time from a boat in the harbor. Luckily, the ferry system is a cheap and fast way to make your way around the city. For the best views of the city, especially at night, adventurous travelers should take the time to do the Sydney Harbor Bridgeclimb. You’ll be strapped into a harness connected to a series of cables as you scale the bridge. At the top, you’ll be rewarded with sweeping views of the city and the ultimate photo-op.

INSIDER TIPWinter (northern hemisphere’s summer) is a lovely time to visit the city, with fewer crowds, sunny days, and lots going on. Vivid Sydney, a month-long Festival of Lights, music, art, and ideas stars at the end of May with light projections, art installations, lectures, and concerts all over the city. 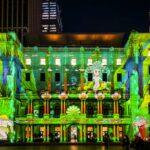 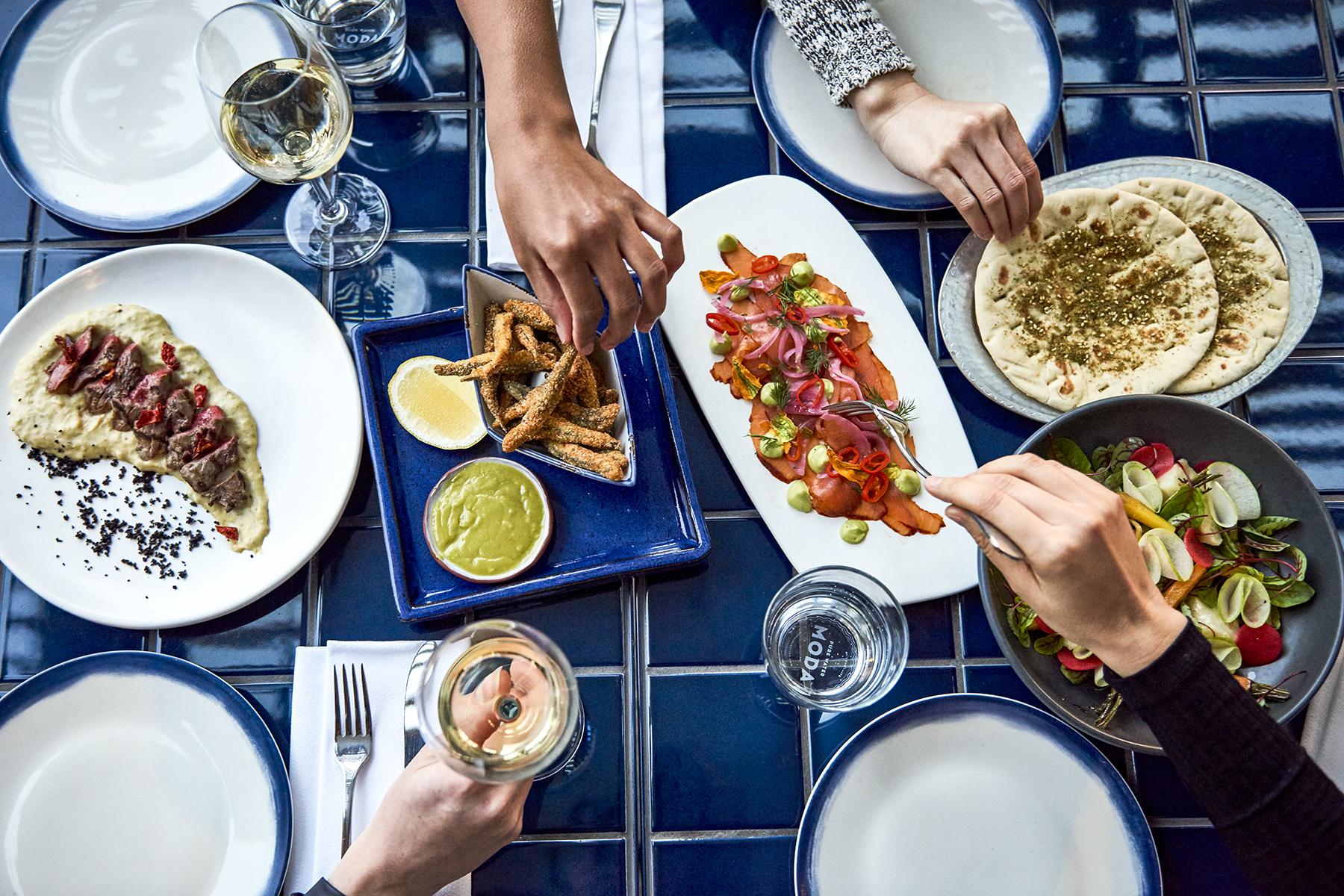 Sydney is not a budget destination. Even with the favorable conversion rates for Americans, prices in Sydney—especially at restaurants—can make you do a double take. If you’re coming from the States, you’ll notice that service at restaurants can be a bit aloof, indifferent, or downright inefficient. There’s no tipping culture in Australia (waitstaff are paid a fair wage) so there’s little incentive to go above and beyond with great service. Make sure to check the fine print on the menu when dining out on a weekend or holiday, as it’s common for restaurants to charge a 10-20% surcharge on the bill during popular times.

The good news is that Sydney is one of the world’s underrated foodie cities, with a multicultural dining scene that will surprise and delight you. If you’re not eating well in Sydney, you’re doing it wrong. Some of the most avant-garde dining destinations include Paperbark, a plant-based restaurant in Waterloo; Tetsuya’s, a French-Japanese fusion restaurant; Anason, serving modern Turkish cuisine on the water in Barangaroo; and Automata, located in the uber-hip Old Clare Hotel. But it’s not all about haute cuisine in Sydney either–make sure you try a chip butty or a jaffle while you’re here. 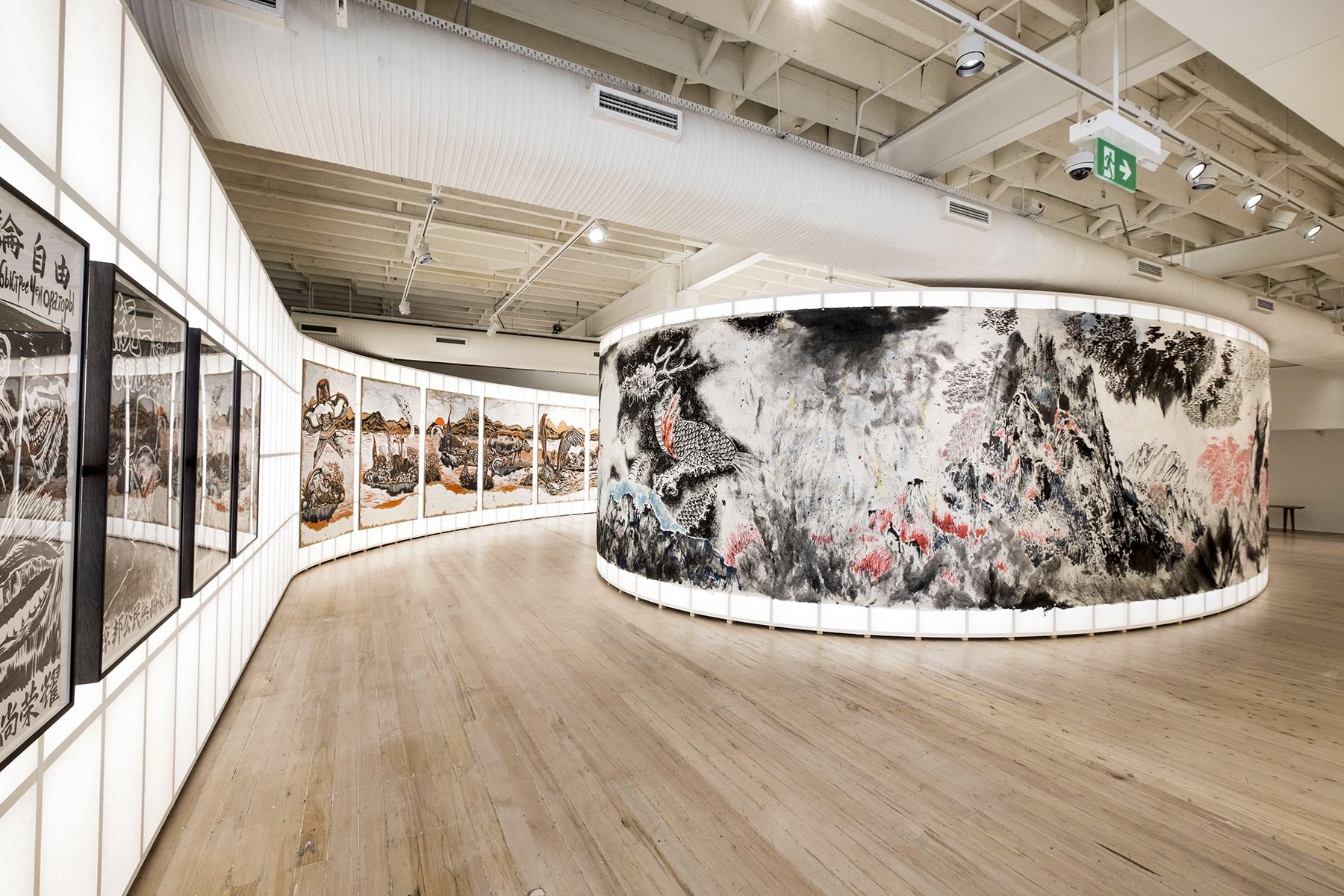 Sydney’s Asian heritage is one of the things that makes this such an interesting, delicious, and dynamic place to visit. Start with the Chinese Garden of Friendship, a surprisingly large and tranquil oasis right in the center of the city. From there, it’s a short walk to Market City, a (slightly overwhelming) shopping destination where you can stock up on Korean beauty products and more. For those interested in art, famed White Rabbit Gallery is not-to-be-missed, with thought-provoking and sometimes confrontational exhibits on four floors. And of course, there’s food–Spice Alley in Chippendale is a row of historic storefronts that have been turned into hawker stalls with food from all over Asia. You can get Indian roti, Indonesian nasi goreng, Japanese sushi, and Hong Kong dumplings all in the same place. 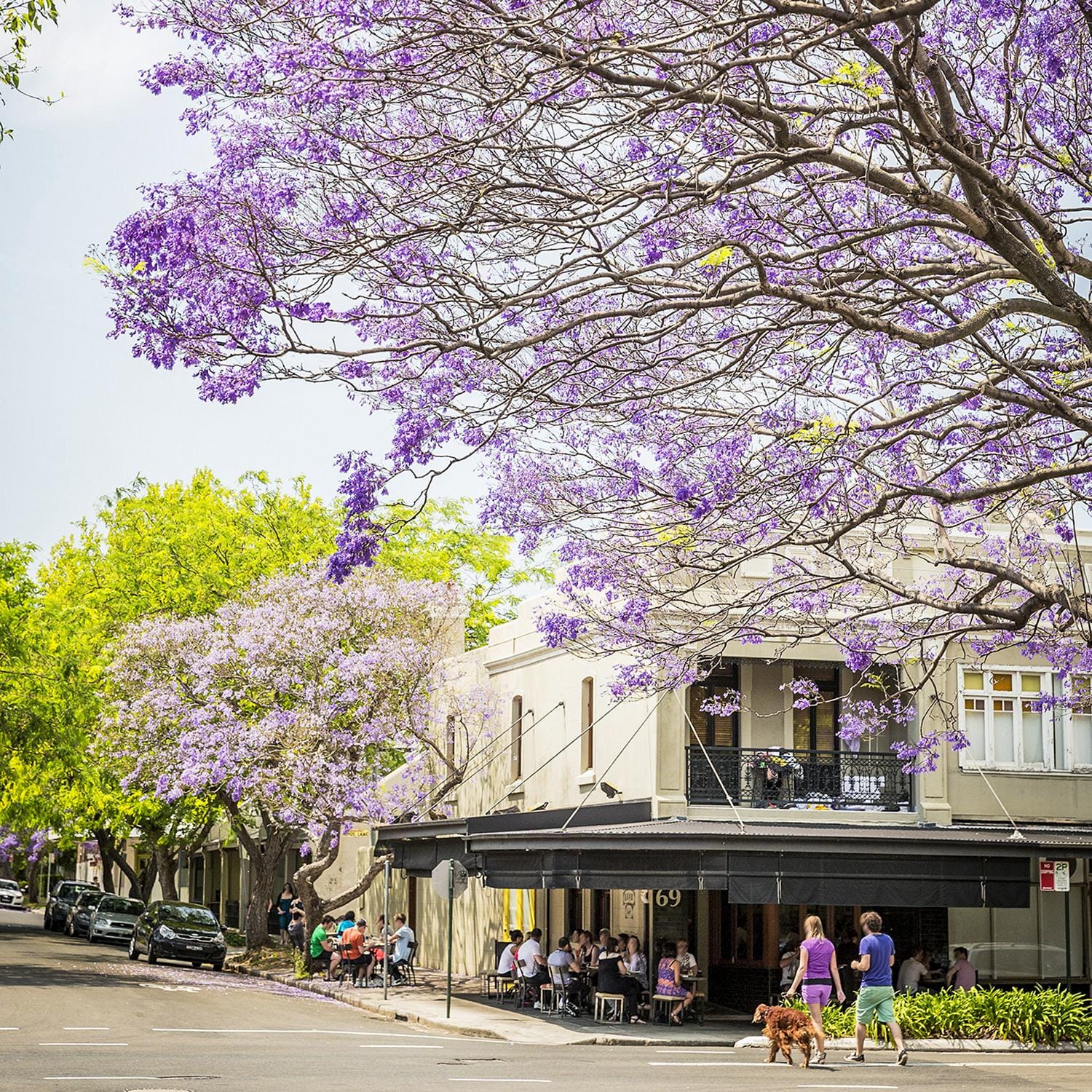 Get to Know Sydney’s Hippest Neighborhoods

Don’t get scared away when people talk about the “suburbs” in Sydney–that’s just how they refer to neighborhoods, even ones that are within walking distance of the CBD. Surry Hills is home to boutique hotels and hip eateries, while Newtown is your hub for vintage shopping. To delve into the history of Sydney’s most fascinating neighborhoods, book a tour with Culture Scouts. They’ll take you through the art galleries in Chippendale before leading you to Redfern, the heart of Sydney’s Aboriginal community. The tours go deeper than just coffee shops and antique stores, showing you the (sometimes controversial) history of the neighborhoods and discussing the impact of gentrification.

INSIDER TIPRemember whose land you’re on. Sydney belongs to the Cadigal People of the Eora Nation. 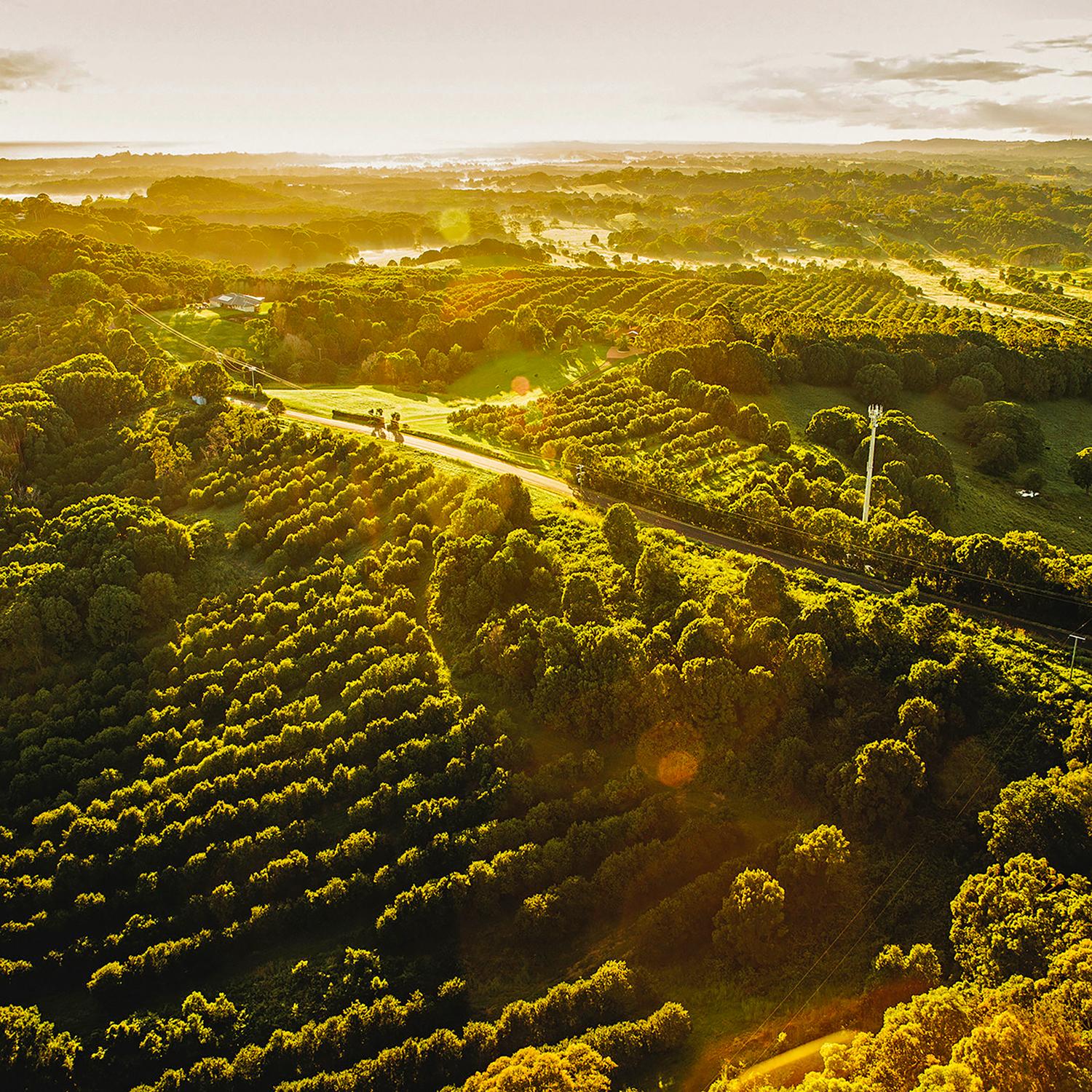 If you’re coming all this way, you should make the most of your visit by exploring beyond Sydney. While the Great Barrier Reef and the Outback are probably Australia’s most famous destinations beyond the cities, both are quite far from Sydney. Within New South Wales, you can get a taste for Australia with a visit to the Blue Mountains, a trip to the boho-chic beach town of Byron Bay, a whale-watching adventure in Port Stephens, or a weekend of wine tasting in the Hunter Valley. 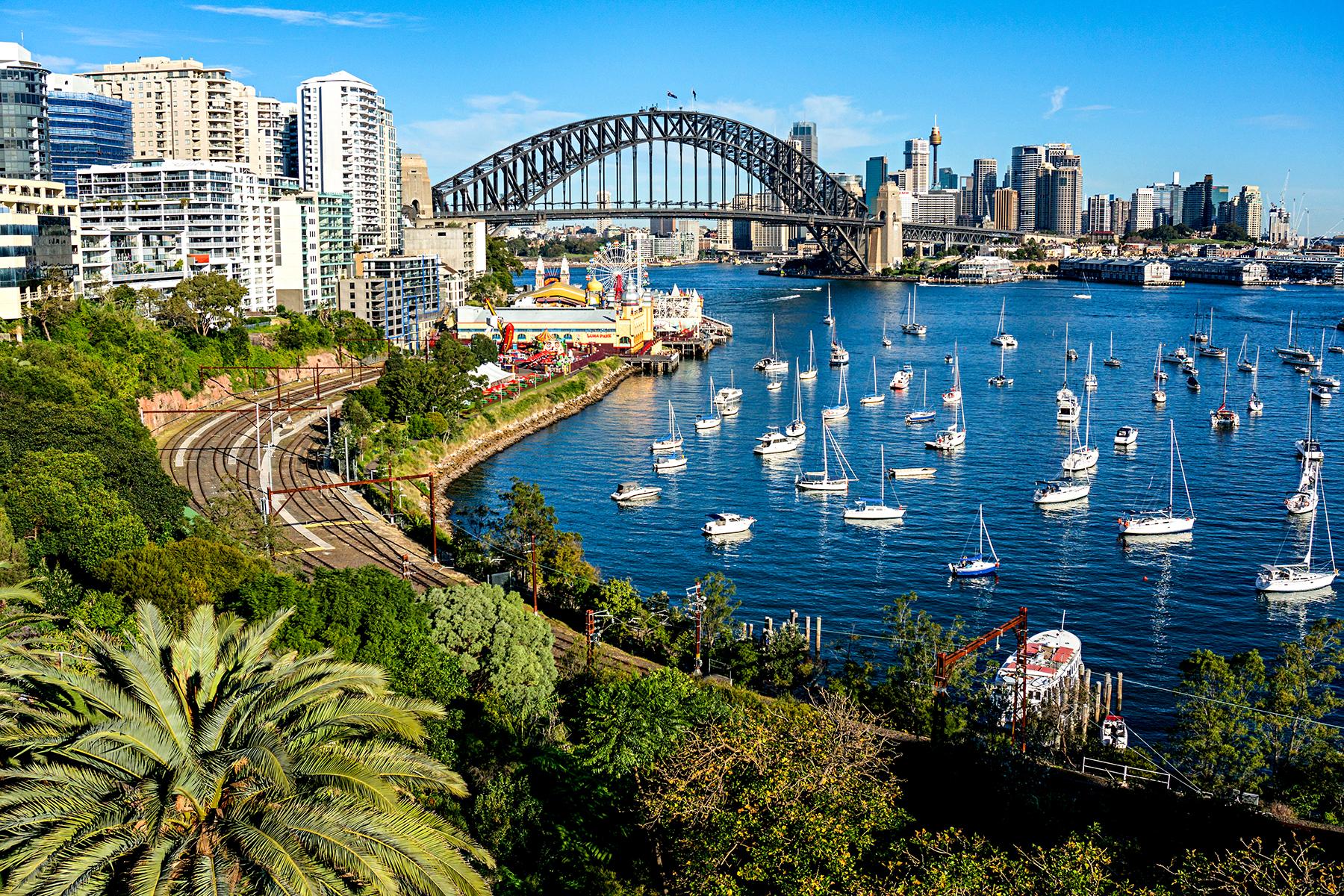 The Flight Actually Isn’t That Bad

People love to complain about long flights and jet lag when they talk about Australia, but it’s a bit of an overreaction. Yes, a flight from the states to Australia is going to take you a minimum of 15 hours—and that’s if you’re flying direct. If you’re on a regional carrier like Virgin Australia, Qantas, or Air New Zealand, rest assured that these airlines have perfected the long-haul flight with good food, good wine (!), comfortable seats, and pleasant staff. Air New Zealand basically invented the concept of Premium Economy and their comfort cabin feels like flying in a domestic American first class seat—complete with china dishware, real silverware, a footrest, and hours of premium entertainment.