And why you should go there to try it.

Australia’s Northern Territory is one of the most desolate places on the planet, with endless swathes of red desert, all-encompassing tropical savannah, and other ecosystems which allow the world’s largest crocodiles to thrive. Yet this seemingly inhospitable region is in fact a veritable bounty for those who know where to look, and if you want to experience it, you’ll have to go right to the source. 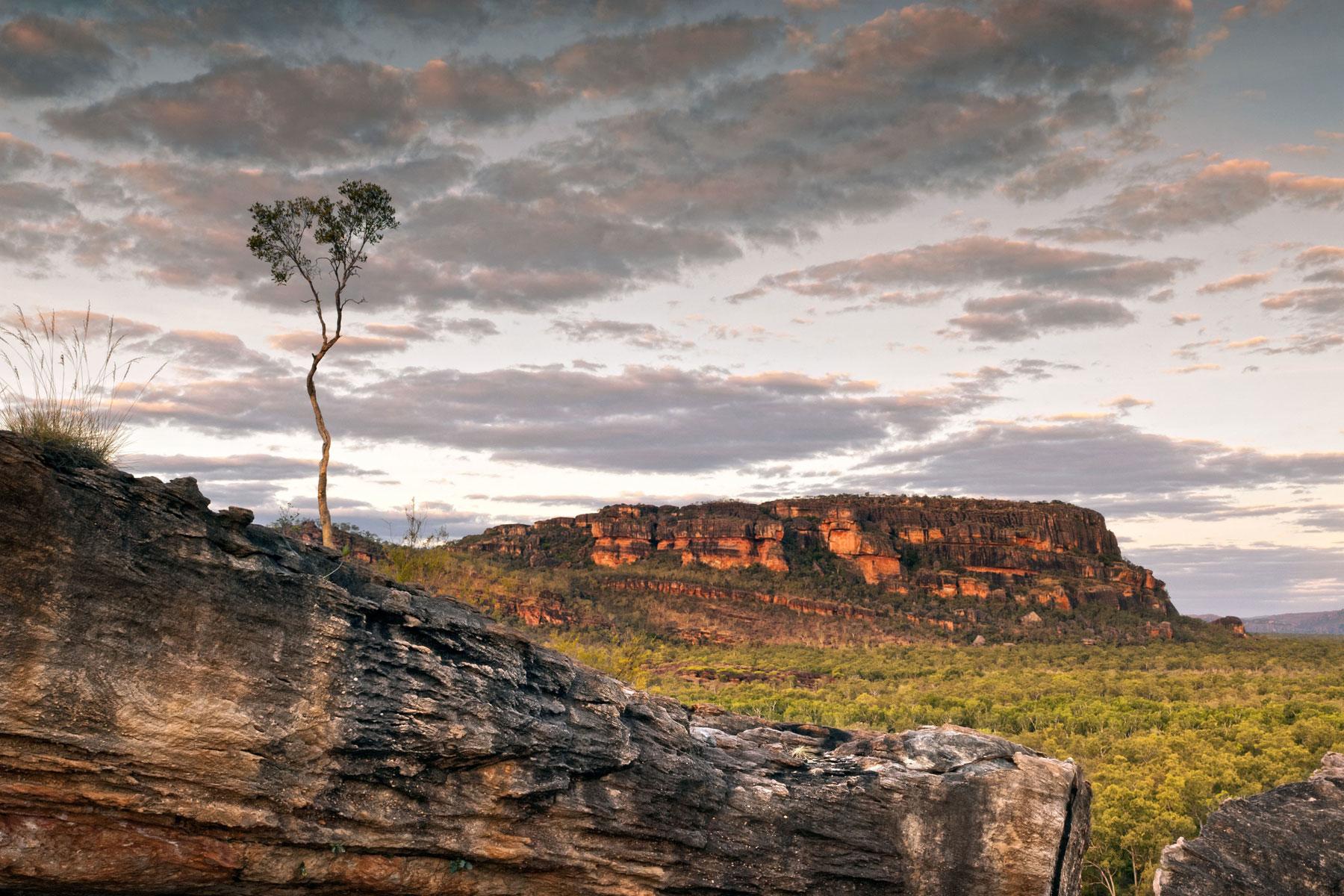 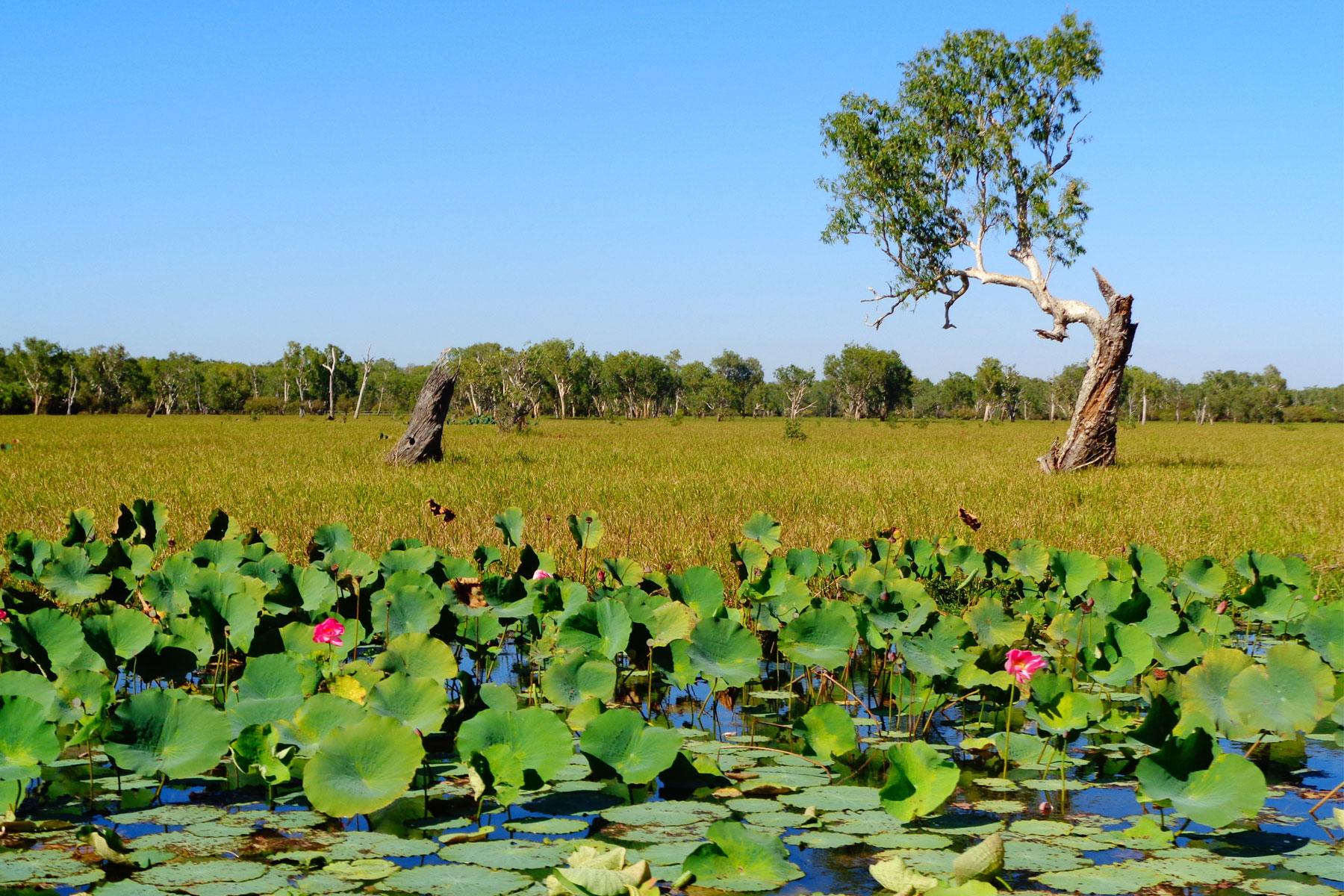 For more than 65,000 years, this has been the home of the world’s oldest cultures; those of Aboriginal Australians. From magpie goose meat, to the citrus-flavored behinds of green ants, bush tucker (any food native to Australia and consumed by its original inhabitants) of the Northern Territory has been a consistent source of sustenance, but colonization threatened all of that. It is only recently that the stewardship of Australia’s first people enables everyone to enjoy the land and the food which has sustained them, and there is no better reflection of the battles that had to be endured than the Kakadu plum, a surprisingly political plant.

The Kakadu plum is a fruit that resembles almonds more than stone fruits, and grows almost entirely in the subtropical woodlands of the Northern Territory’s Arnhem Land, home to the aptly-named Kakadu National Park, which belongs to Traditional Owners but is leased to the Australian government for park use. The plums grow on trees as small green pods amongst white flowers, and their flavor ranges between tart and sweet, almost like a green apple. The Kakadu Plum is rich in nutritional and medicinal properties, which is what made it so popular among Aboriginal communities for thousands upon thousands of years. 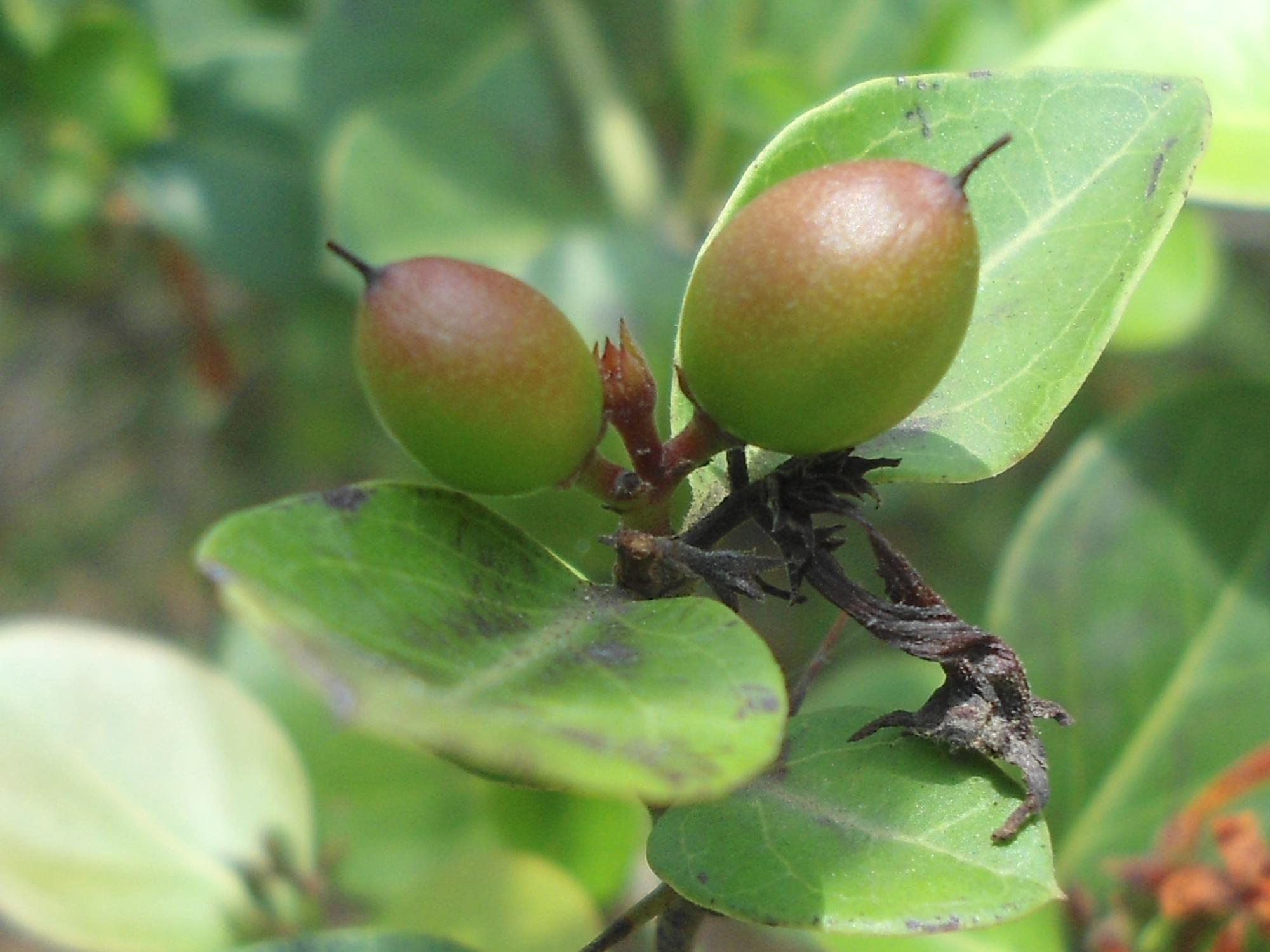 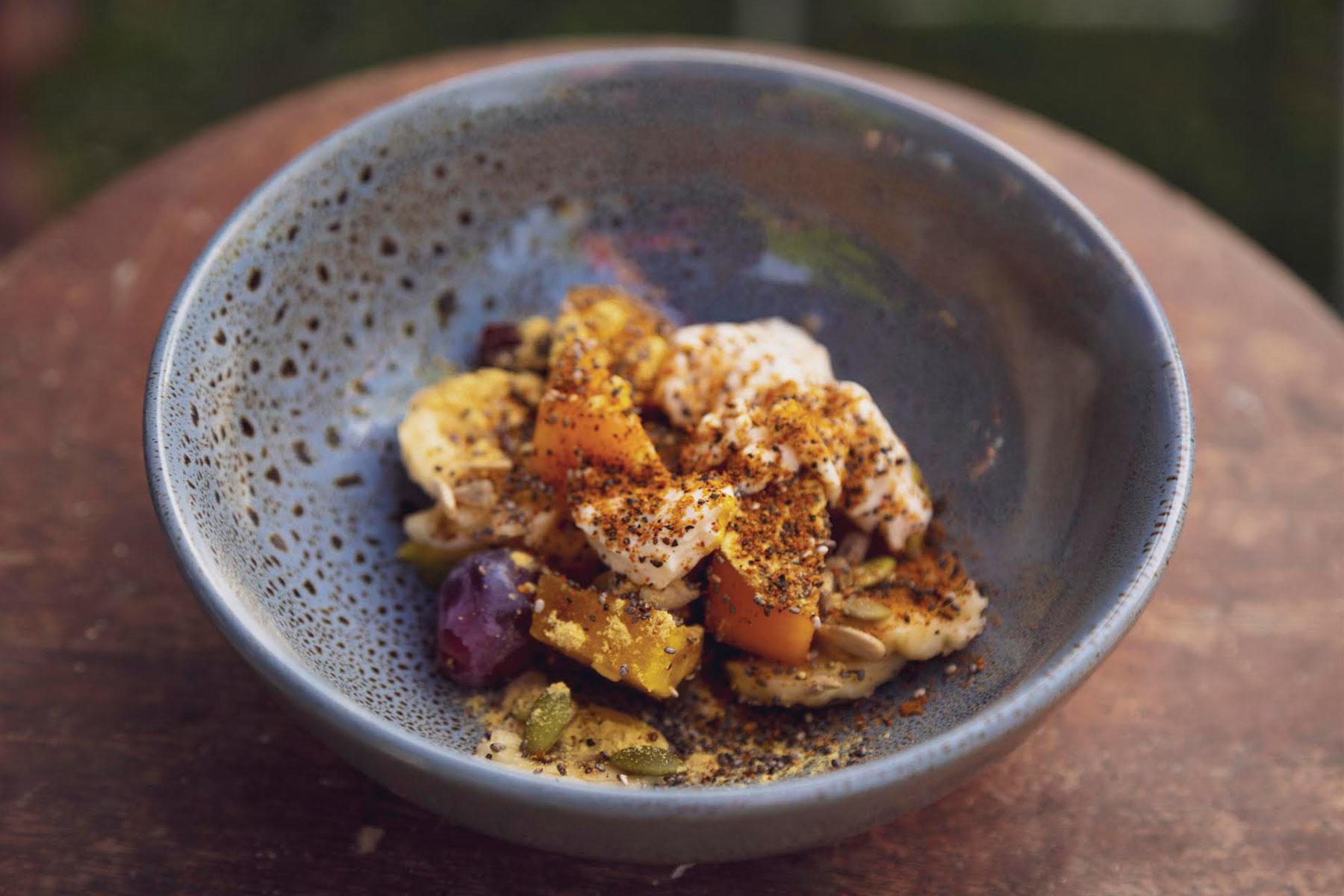 In fact, the fruit is so healthful that it is deemed a superfood, coveted for its high levels of Vitamin C (3150mg versus an orange’s 50mg) and ability to protect skin from harmful UV rays, as well as being a reliable source of energy and hydration. It was only in the 1980s that the Western world became aware of it, as foods and activities associated with Aboriginal Australian culture were typically ignored or portrayed as subpar by those in power.

But that only lasted so long. In 2010, American cosmetics giant Mary Kay got wind of the Kakadu Plum’s natural greatness and attempted to patent the ancient fruit for their exclusive use, meaning the Aboriginal communities of the Northern Territory would have to pay to harvest a food that was part of their culture, their extensive history, and actively growing all around them on land they had to fight to get back. After enduring centuries of genocide, displacement, and the forcible removal of Aboriginal children from their families, this bio-piracy could not stand.

By focusing on sustainability and only permitting Aboriginal groups to commercialize bush tucker, finding Kakadu plum outside of where it grows is extremely rare. And this is a good thing.

“Mary Kay took a Kakadu plum plant and created a plantation in South America, but the cultural obligations of that plant belong to certain clans, not just in Kakadu but across Northern Australia,” explains Chef Ben Tyler (Bininj) of Kakadu Kitchen on why this action is so problematic. Not only was agency over their land and the food it produces stolen from them, the Aboriginal Australians were unable to fulfill these obligations to the plant from an ocean away.

Fortunately, Mary Kay ultimately ceased pursuit of the patent due to pressure from Aboriginal groups, but they weren’t the only entity seeking to turn Kakadu plums into the new açaí berry, in terms of maximizing the superfood trend for Western buyers.

In an attempt to curb this newest rash of exploitation, Australia placed restrictions on who could harvest and sell Kakadu plums and other bush tucker. By focusing on sustainability and only permitting Aboriginal groups to commercialize bush tucker, finding Kakadu plum outside of where it grows is extremely rare. And this is a good thing.

“What can go globally is the philosophy of Aboriginal people, our perspectives that offer people another way of seeing the world and help them resolve modern problems. We do have a long history of sustainability,” Tyler shares with a laugh, referencing the over 65,000 years of practice that has led to this food still being around today.

Fortunately getting to the Northern Territory is simple–you’re one Qantas flight to Darwin from the bigger cities–and it is well worth the trip. “Food is a chance to connect to Aboriginal culture, Aboriginal philosophy, the land, sustainability,” Tyler shares, and with the rules in place to maintain Aboriginal agency over Aboriginal foods, visitors get the full story in one bite of a Kakadu plum.

The most comprehensive way to connect with Aboriginal culture, history, and of course food, would be at A Taste of Kakadu, an Aboriginal food festival held during May within the boundaries of Kakadu National Park. Without leaving Darwin, the NT’s largest city, there is Dreamtime Bakehouse, Joe Hill and Angie Perry-Mansell’s (Palawa) roving food truck which can be found at the popular Mindil Beach Sunset Markets serving up savory kangaroo skewers (among other delicious treats). 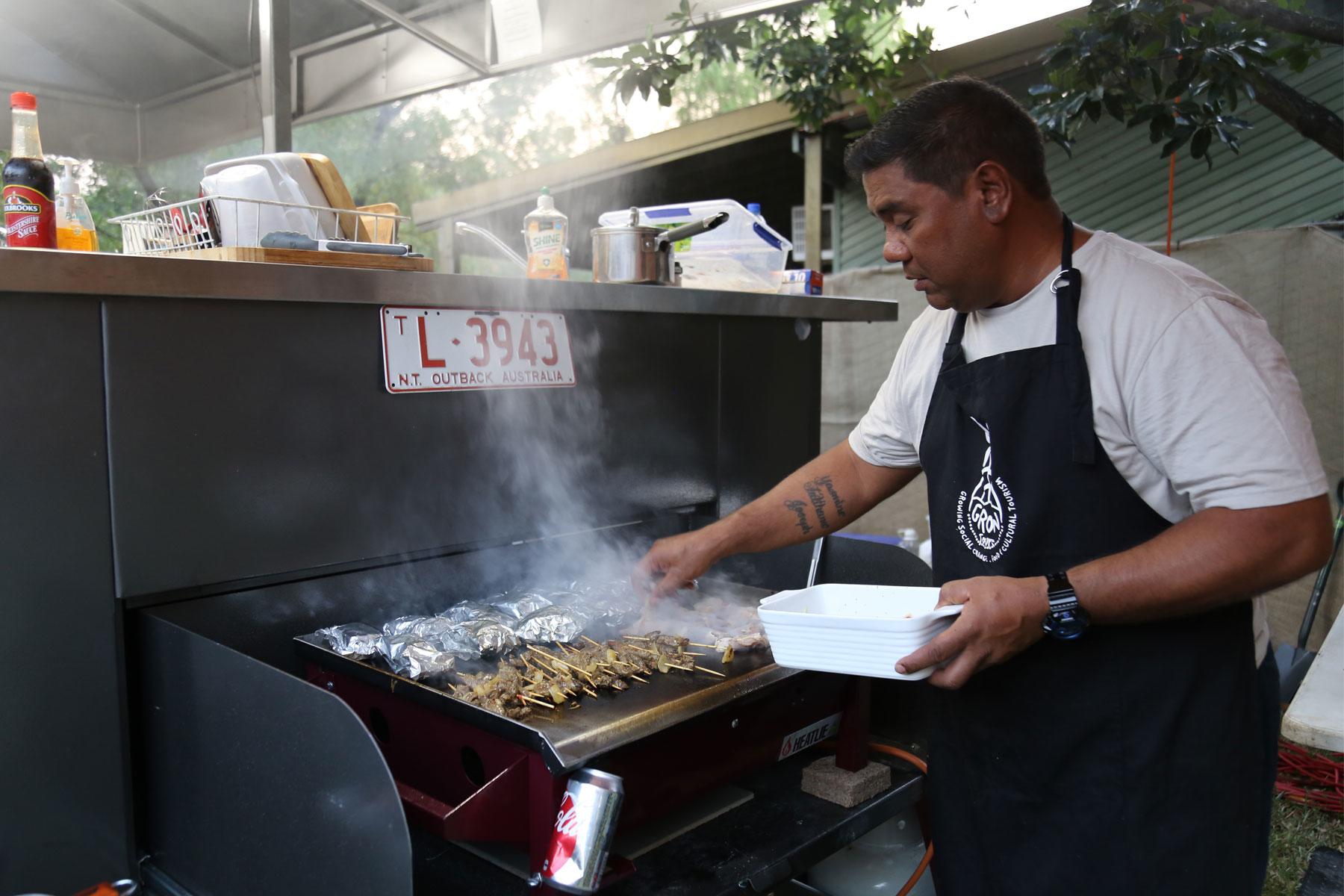 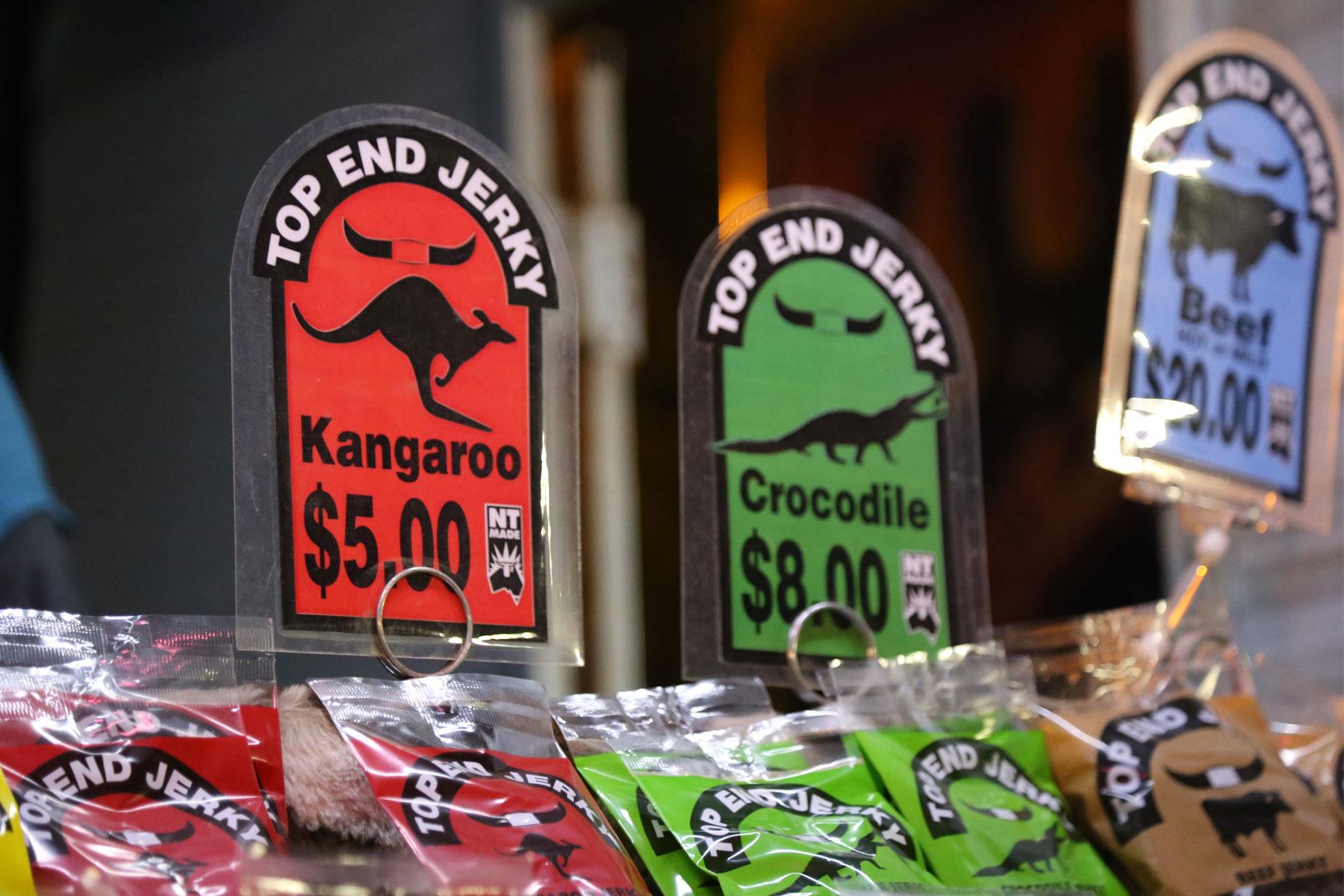 There is also Elijah’s Kitchen, a pop-up turned permanent restaurant run by Zach Green (Gunditjmara and Palawa) and Leila Gurruwiwi (Yolngu). “A lot of people don’t realize the significance of native animals in Aboriginal communities–from the complex kinship systems to the animal totems,” Green explained in an interview with SBS Australia. The same can be said for native plants used in Aboriginal recipes.

Food as a means of storytelling and reconciliation is a strong theme amongst Aboriginal chefs in the region.“If we can’t share those stories, we’re missing out on…chang[ing] people’s perceptions about Aboriginal and Torres Strait Islander cultures through food,” Green added.

The Kakadu plum may never make it to a Whole Foods near you, but consider the many gifts in being forced to seek it at its source: the Northern Territory is a delight to explore, the Kakadu plum found there exists as nature intended it, and it isn’t served with a side dish of oppression. That tastes pretty good.

This author acknowledges the Traditional Owners/Stewards of the land about which is written here. This author pays their respects to Elders past and present.