Millions of dollars were donated to Australian recovery efforts after images of suffering koalas flooded our feeds.

f it’s even possible to remember a pre-pandemic news cycle that didn’t include the mention of COVID-19, you may recall the devastating bushfires that ravaged Australia in early 2020. It’s been just over a year since soul-crushing images of monumental flames and charred landscapes began flooding our feeds daily, eliciting donations and even firefighter reinforcements from around the world. But perhaps nothing tugged at our heartstrings or loosened the zippers of our wallets quite like the countless photos of koalas in peril.

After all was said and done, more than 65,000 square miles of Australian land was scorched and an estimated half-billion dollars in global donations poured in. But where did it all go, and did any of it reach those fluff babies we ached for as we doomscrolled daily? Spoiler alert: we’ve got good news.

Janine Duffy is the president of Koala Clancy Foundation and founder of Echidna Walkabout who, in the late 1990s, discovered unique colored markings inside koalas’ nostrils that stay the same throughout their lives. Her discovery contributed to koala identification and observation efforts, while her foundations have assisted in their welfare. Through her organizations, more than 8,000 koala-friendly trees were planted in targeted areas near the You Yangs mountain range to provide the precious furballs with moisture-rich foliage and give them access to natural bodies of water, but the bushfires created a greater need for urgent assistance.

“The bushfires of 2020 were a wake-up call, and I’m heartened by the unprecedented level of support and interest we’ve had since the fires,” Duffy says. “We now have the best opportunity to put that love and care into action by getting everyone involved with protecting our beautiful koalas by planting lots of trees.”

Duffy’s most recent project will bring thousands of new trees to the area bordering the fire zone in Gippsland, just east of Melbourne. When it’s safe to travel again, you can join Duffy on tours with Echidna Walkabout (whose conservation efforts extend beyond koalas) and make an impact yourself. As she says, “Now, more than ever, it’s important to travel to somewhere that needs your hands and your heart, and be part of something good.” 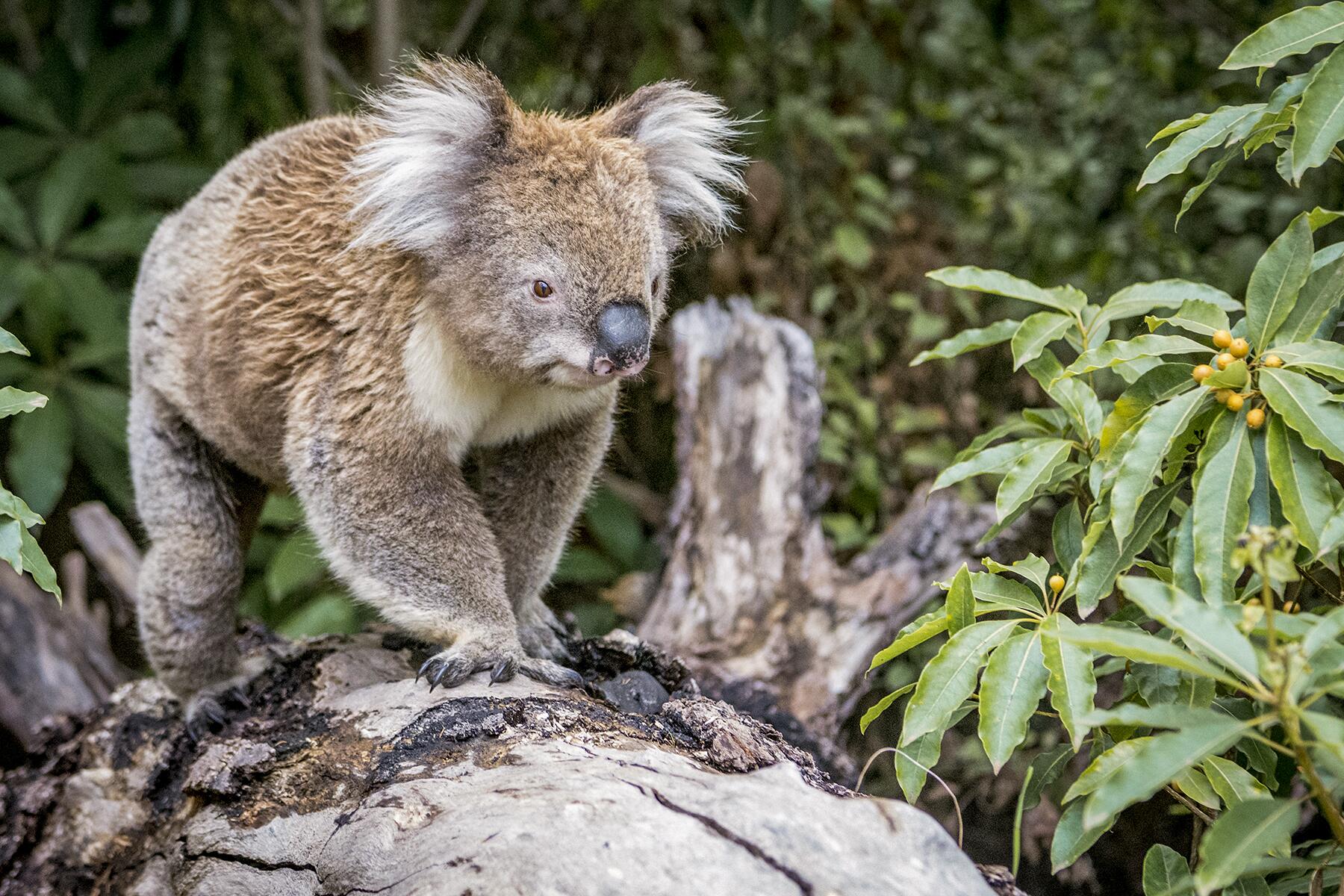 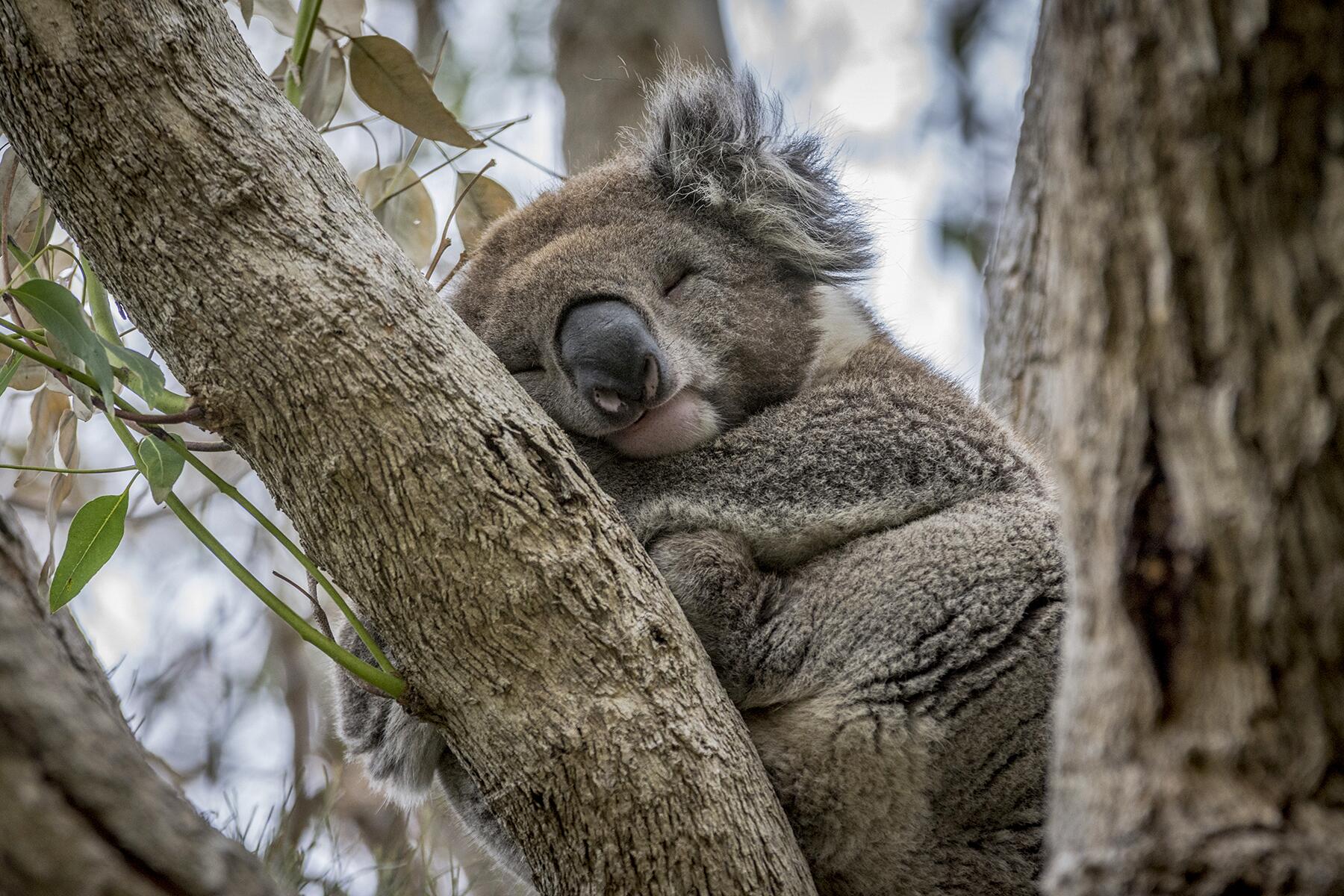 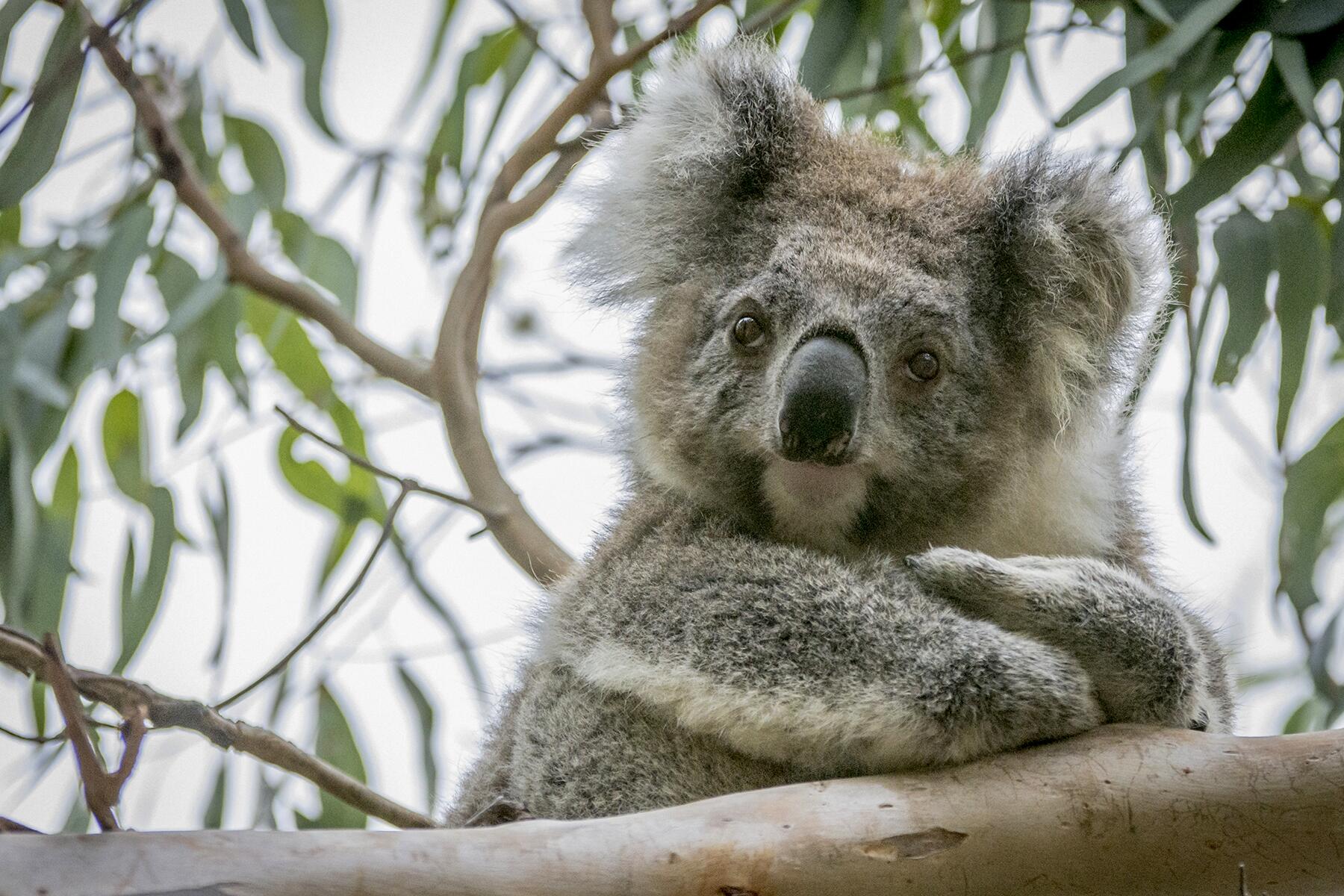 One of Australia’s most successful organizations, as far as donations are concerned, is Zoos Victoria. Because of the world’s generosity and concern for all the animal victims Down Under (but especially those eucalyptus munching marsupials), Zoos Victoria has been able to plan more than $17 million in projects dedicated to the rescue and rehabilitation of bushfire-affected wildlife. This astounding effort includes upgrades to existing animal hospitals, the hiring of specialist vets to care for specific needs arising from the fires, and a spectacular new facility primarily focused on sick and injured koalas in partnership with RSPCA Victoria. The new hospital will be built at Werribee Open Range Zoo and will serve the large koala population of western Victoria, with a whopping 70% of the budget coming from bushfire relief donations. When complete, the zoo’s capacity to treat the region’s wildlife will be increased 400%, and its new team of specialists will better equip the zoo to respond to future bushfire emergencies. While koalas will be the star patients at this new hospital, they’ll also be treating reptiles, birds, and just about any members of the region’s wildlife community in need of assistance.

INSIDER TIPZoos Victoria is an environmentally diverse collection of three zoos with Melbourne Zoo in the city, Healesville Sanctuary in the bushland an hour east, and Werribee Open Range Zoo in the savannah a half-hour west.

Not all recovery efforts are quite as monumental as what Zoos Victoria has been able to pledge, but some of the most touching stories come from individual efforts—not all of which are human. Specialist dogs in Australia have been trained to sniff out sick and injured koalas in need of assistance and rehoming. One of the most famous of these four-legged helpers is Bear, whose successful tracking of more than 100 needy koalas brought him international renown in mid-2020. 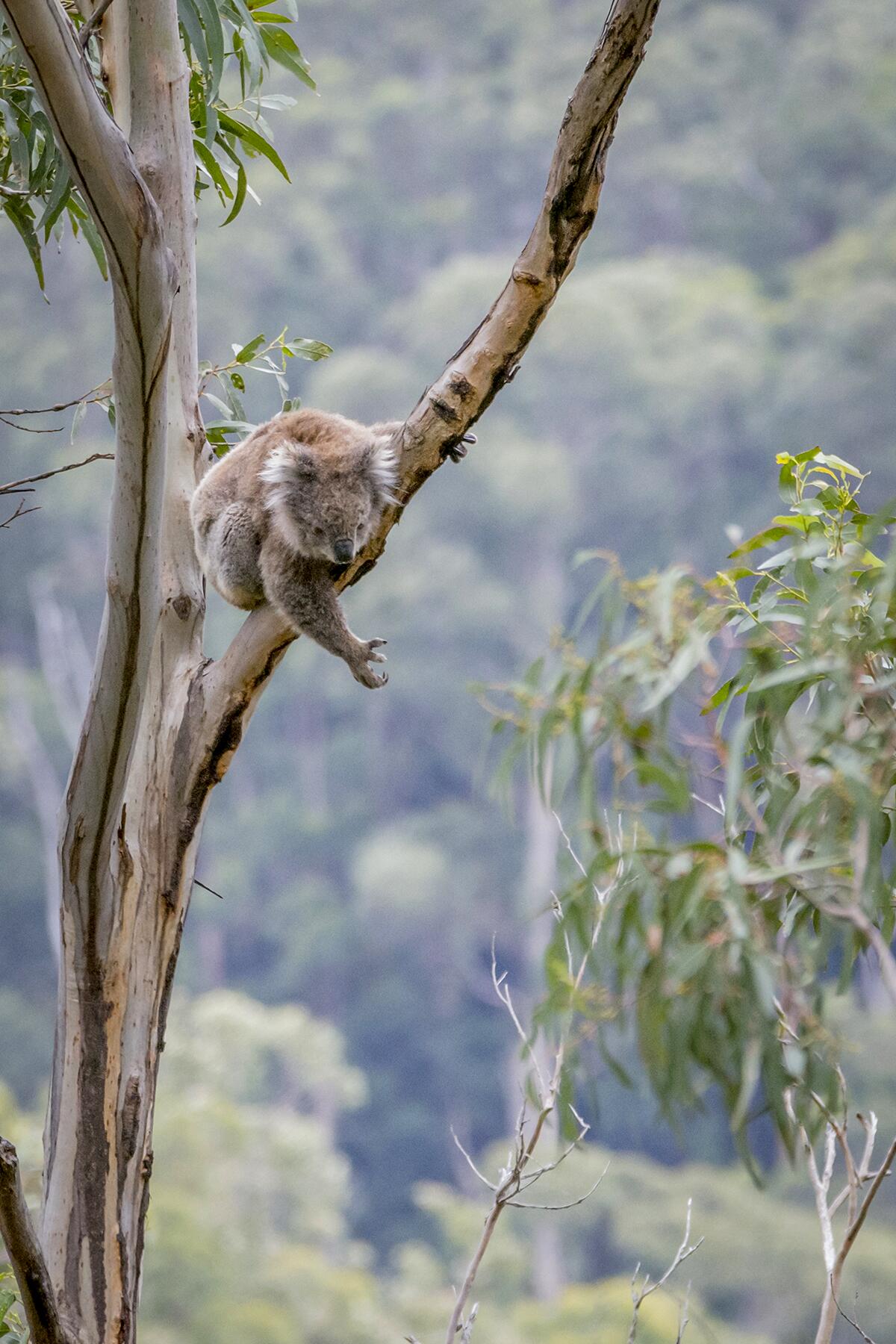 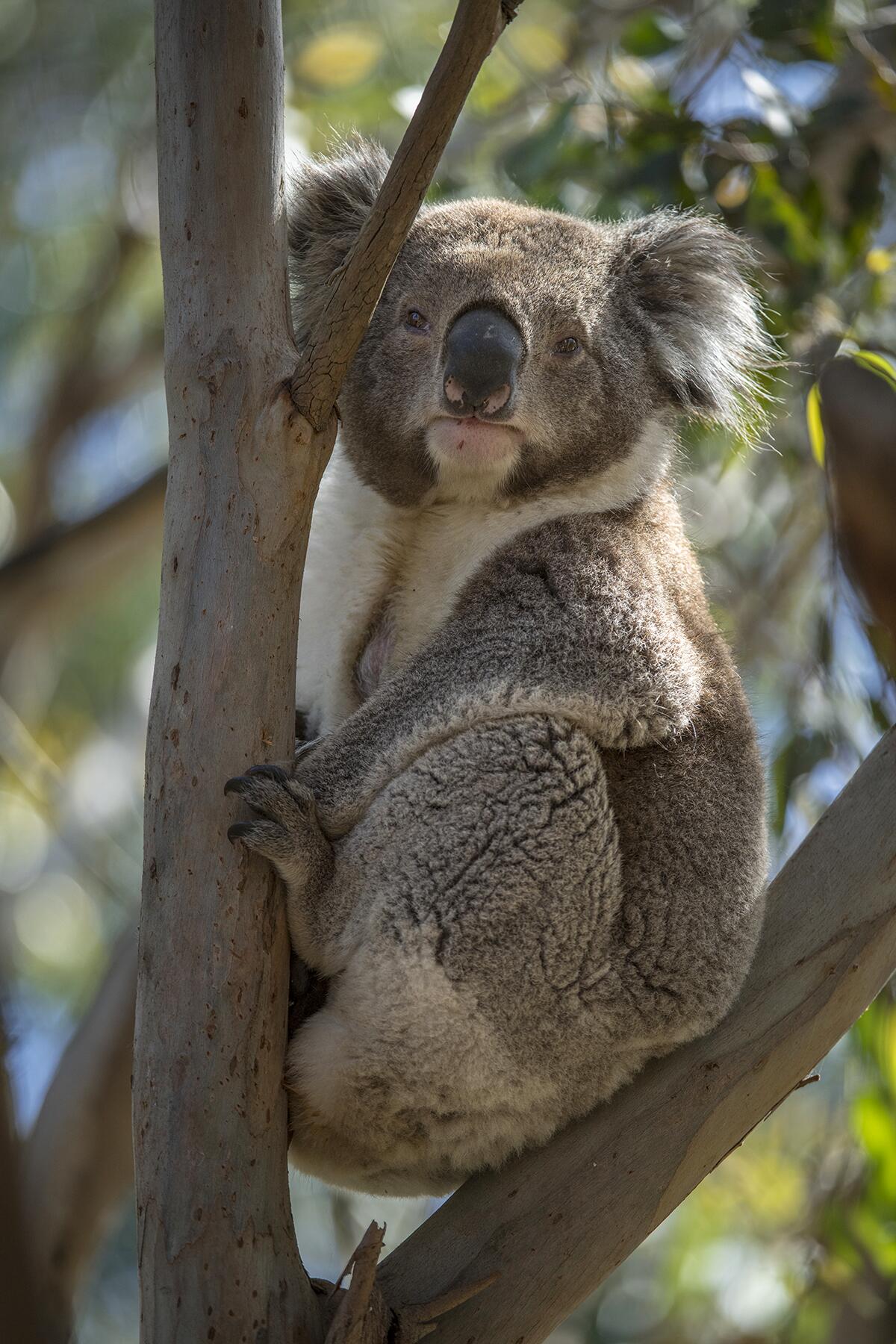 To keep Bear well-funded, Bellarine Distillery developed Bear & The Koalas, a limited-edition, charity gin hand-crafted with Australian bush botanical. 100% of the post-tax profits have been donated to Bear through the International Fund for Animal Welfare. Whether more of a commentary on the pandemic lifestyle or simply the community’s continued devotion to rescuing koalas (probably both), the $100 bottles quickly sold out during presale.

While many charitable causes misuse funds and goals often go unmet despite the good intentions of donors, it’s a relief to know that Australia’s koalas have truly benefitted tremendously from the world’s support, and their situations will only continue to improve as these and many ongoing projects expand.