Sarocha Pakeenuya and Benjawan Sansittisakunlird, the two in-house marine biologists at the Four Seasons Koh Samui, go by their nicknames Pla and Benji. But, perhaps they should carry a different moniker: the Drs. Frankenstein of Thailand.

This is by no means a tale of horror. Nor is this meant as an insult. Rather, this is the story of two scientists who have fought against the encroachment of oceanic death and who, in their undertaking, have performed a Lazarus miracle to resurrect a coral reef off the coast of the popular tourist island of Koh Samui, all while using the most Frankensteinian of methods.

The Reefs of Koh Samui

Fewer than 25 miles from the Malay Peninsula is Thailand’s second largest island, Koh Samui, a lush, tropical landscape, its endless ocean horizons interrupted by coconut plantations. The roads are winding in this paradise, and if you take those heading east, you’ll find this land’s most popular tourist districts: Chaweng and Lamei. But should you wander north-westerly, where the evening sun meets the sea, to Laem Yai, you’ll find a peaceful calm. A true paradise. It’s here that the Four Seasons has set up shop.

And there, beyond the shore, is the reef in question. It’s a civilization of tiny, whimsical creatures, an underwater Lilliput, comprising of three families of coral: Staghorn, which look like trees; Fungiidae, which take the form of mushrooms; and Mussidae and Merulindae, which would surely entice Dr. Frankenstein to salivation, as they are the spitting image of pulsing brains. But this odd underwater city is also home to numerous lodgers, including many varieties of fish, octopi, sea urchins, and sea cucumbers.

Like so many reefs around this world, this one is in danger. In fact, 72 percent of the country’s reefs have been damaged—a decade ago, the number was 30 percent. Its enemies are many—climate change, pollution, plastic, passing boats, fishermen, divers.

Globally, the work to protect reefs has intensified. Earlier this year, Hawaii banned the sale of all sunscreens that contain oxybenzone and octinoxate, both of which kill coral. The island of Bonaire has followed suit. Thailand has been fighting, too, but it faces battles on multiple fronts. 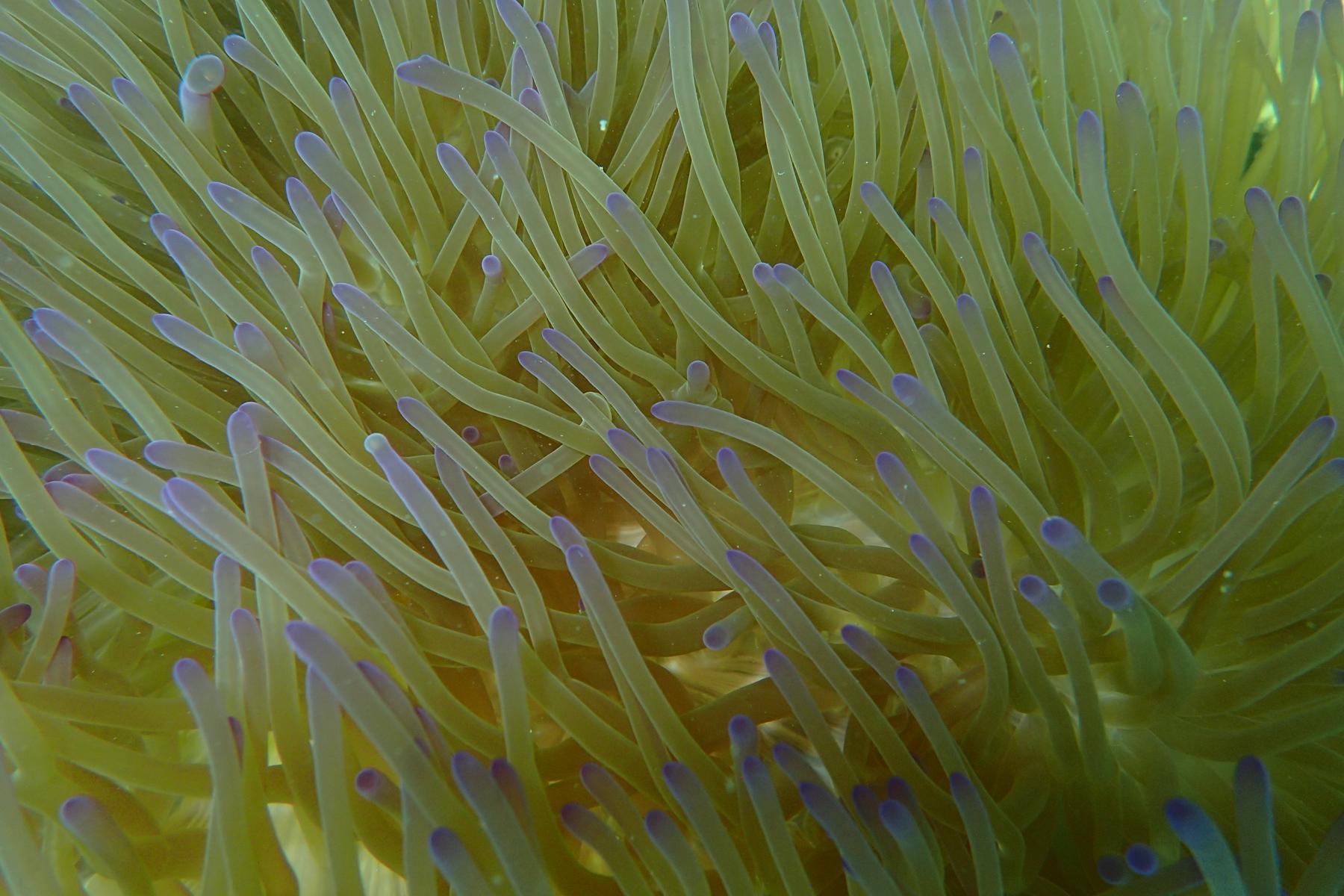 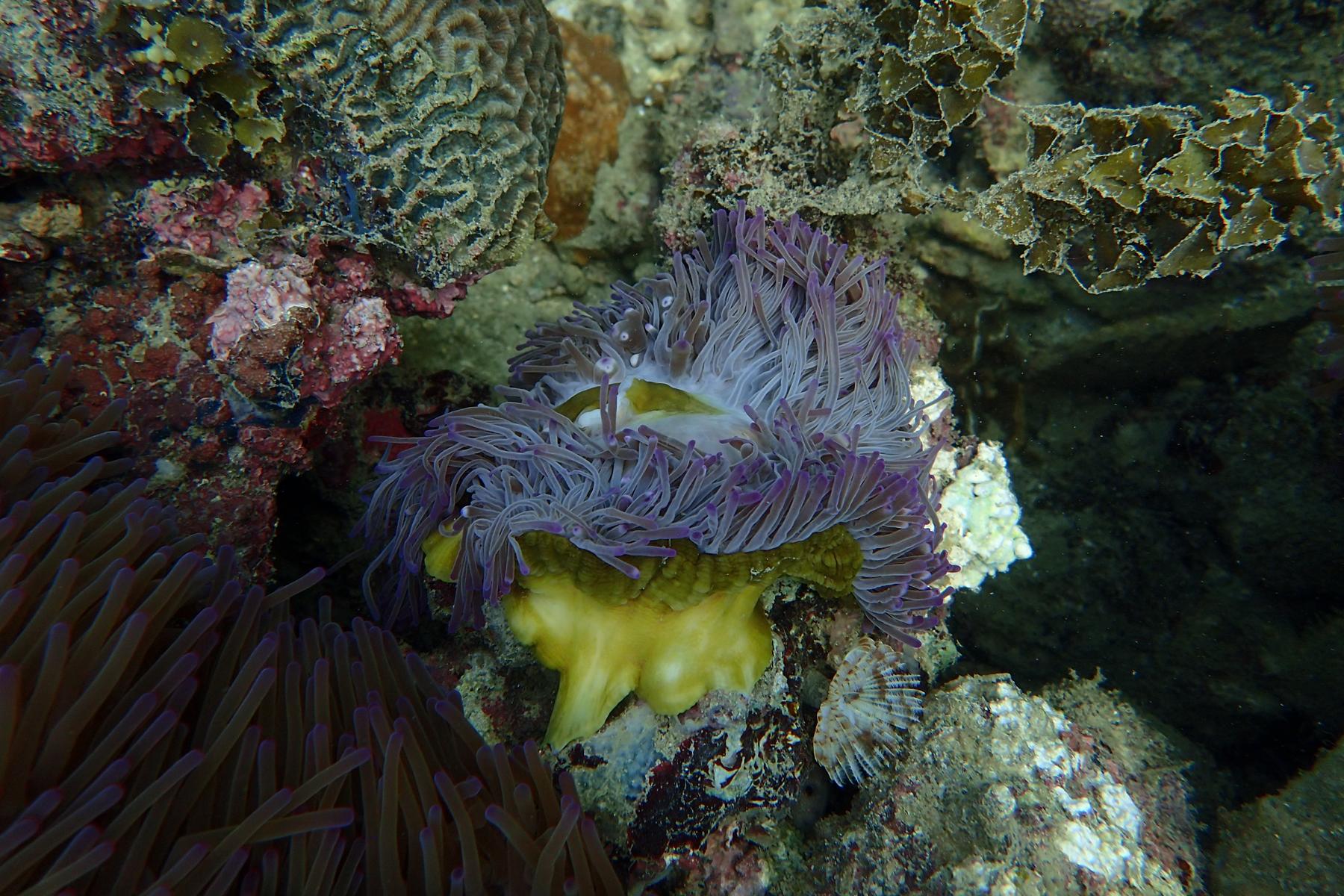 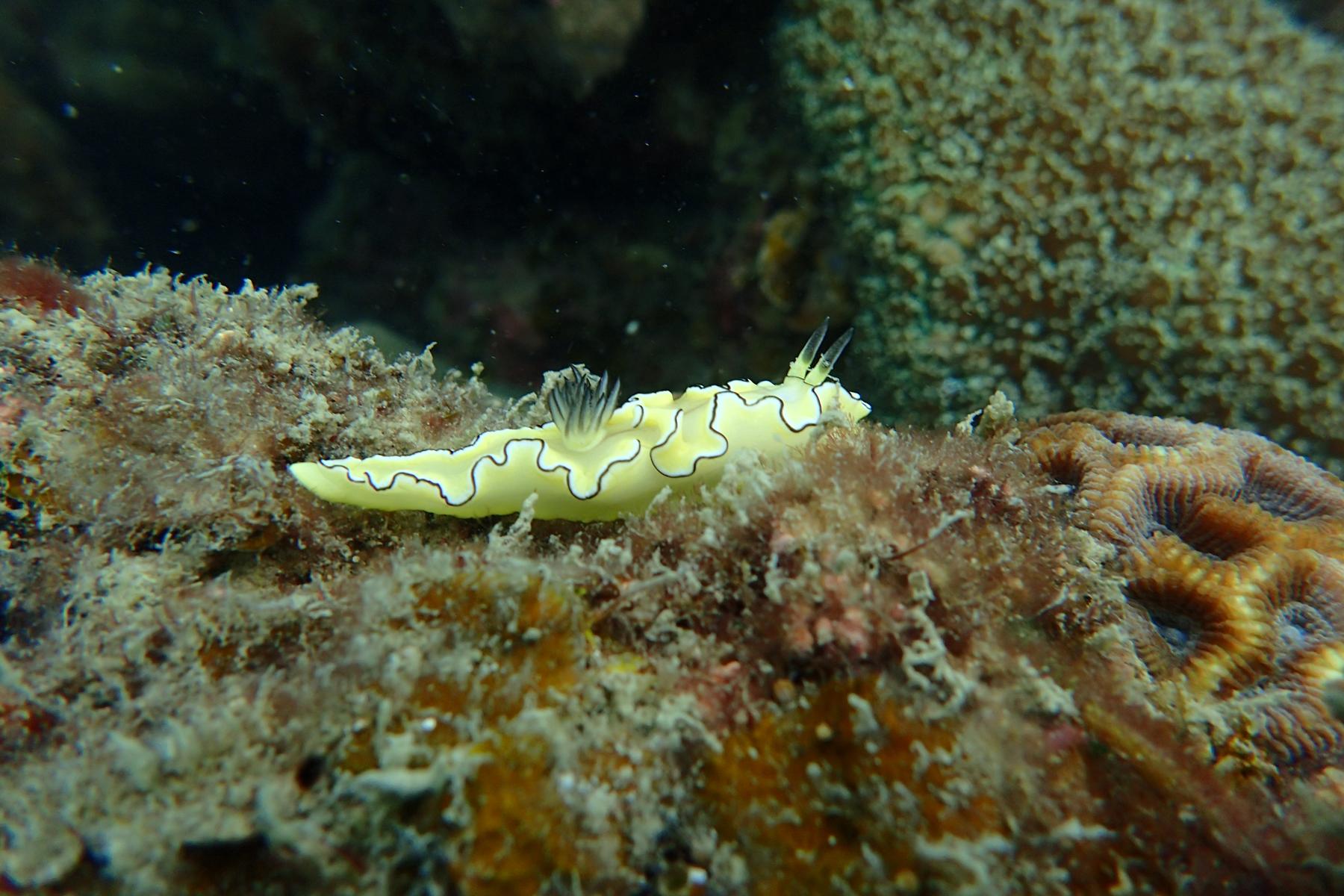 Garbage has been destroying shores and marine life across the country—in June, a pilot whale died off the coast of Southern Thailand having eaten 80 plastic bags. Images have been circulated online of monkeys with discarded plastic bags over their head. Plastic waste is increasing annually by 12 percent, or 2 million tons.

Fishing practices have killed off sea turtles and dolphins—400 rare marine animals died in 2017 because of this. Whale sharks, which are often accidentally caught along with tuna, are facing extinction.

Rising seas have been eroding shorelines at a rate of 16 feet per year, affecting more than 400 miles of beach. Meanwhile, it’s been warned that sea levels coupled with excessive groundwater pumping and the weight of the city could see Bangkok submerged by 2030.

We even put Phang Nga Park, home of the Nail Island, on this year’s No List over environmental concerns.

But the government has been stepping up. They’ve begun to temporarily close polluted and over-touristed beaches, including popular spots like Maya Bay—famous for being the setting of Leonardo DiCaprio’s paradisiacal trauma in The Beach—on Phi Phi Island. Smoking has also been banned on all beaches—anyone caught will be fined 100,000 baht ($3,060). Fishing equipment is more tightly regulated, and protection zones have been established. Sand has been shipped onto eroding beaches. And private organizations like the Phuket Hotels Association have pledged to phase out all plastic water bottles and straws by next year.

And then there’s the Four Seasons Koh Samui, which in addition to giving guests sunscreen free of oxybenzone and octinoxate and striving to eliminate plastic, has employed Pla and Benji, our clever scientists. Alongside the Thai government, they’ve been working to correct the decline of coral using a unique process that they hope can be replicated across the country. 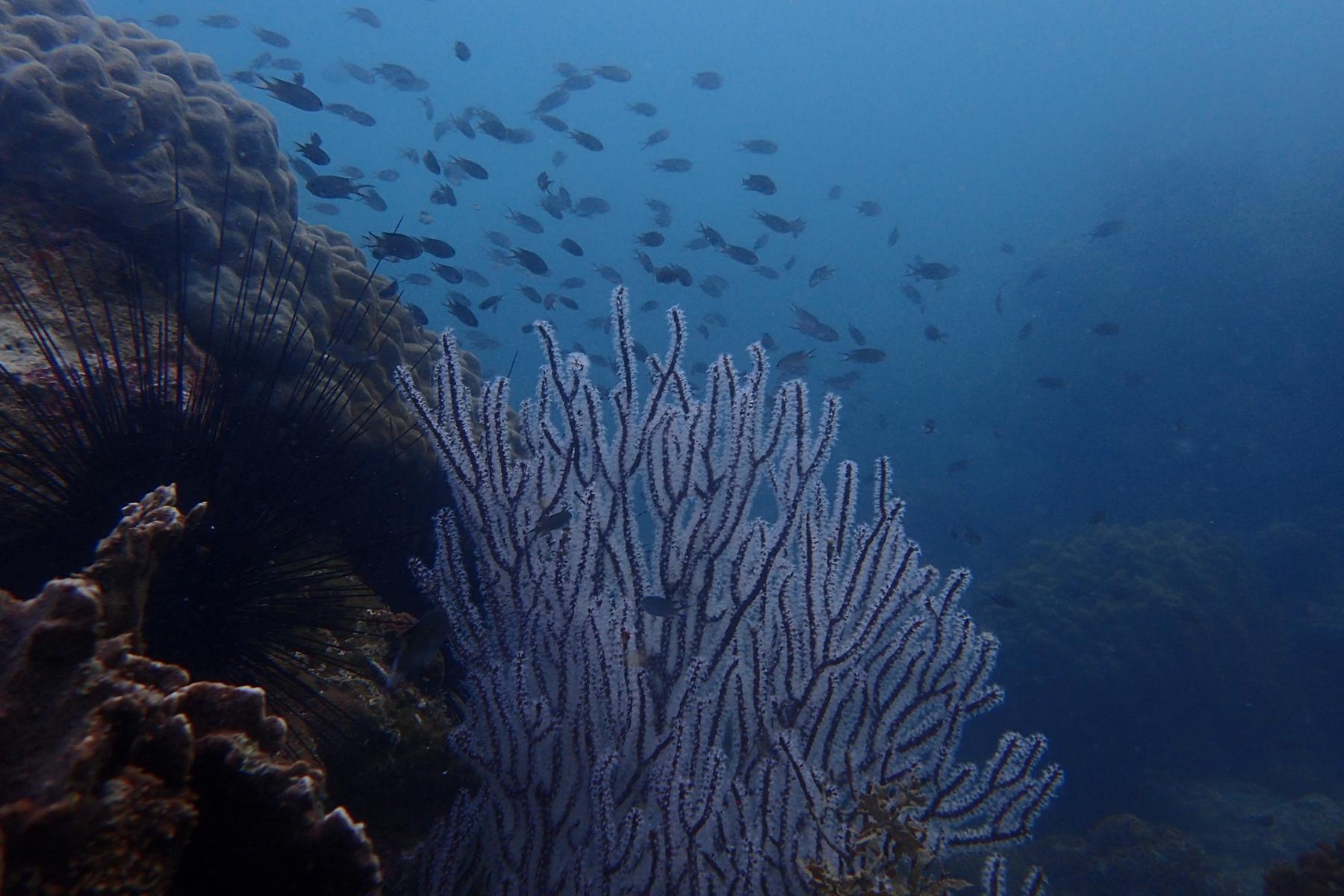 It’s unfortunately common for coral fragments to break away from its fragile body. Whether by detaching from the push of a current like a shattered bone in an osteoporosis-riddled elder, or being inadvertently snapped by the kick of a passing diver, these fragments litter the ocean floor.

But in swoop Pla and Benji. Over the past year, they’ve been scouring this corner of the Gulf of Thailand, gathering up the broken parts, and returning with them to their lab. And here, in a perfectly controlled environment, they nurse these coral corpses back from the brink.

“There are multiple factors that impact the coral growth,” says Benji. “Temperature limits the horizontal distribution, light is responsible for the vertical distribution.”

In these ideal, controlled environments—these coral nurseries—the coral is again allowed to thrive. But they can’t live out their days in a lab, as though a consumptive at a sanitarium. Rather, they’re taken back into the Gulf of Thailand and replanted, hammered into the floor of the ocean, stitched into the sea, re-awoken, re-animated, and ready to live again.

“We knew we had a thriving reef quite close to the beach and were keen to have experts involved to sustain it,” says Sean Mosher, Four Seasons’ general manager. “With the burden of tourism on the islands of Thailand, this was one of our small ways to ‘give back’ to the community we operate in.”

Be the Igor to the Doctors

Though it may be tempting to spend the day relaxing in the hotel’s Secret Garden Spa or throwing back drinks in the Rum Vault, which is billed as Asia’s “only library of rums from across the world,” (both of which you should do) there’s another option: help out Pla and Benji. They get up early seven days per month, don their gear, and go out to gather fragments. And guests can go along for the adventure—be the Igor to these doctors and shout “It’s ALIVE!” to the reanimated sea creatures.

(Side note: If being above water is more your thing, Pla and Benji host a weekly salon called—appropriately—Coral Talk, where they walk guests through their methods of rehabilitation and answer questions.)

But, why spend your time doing this, when you could instead drink a signature CoCo Rum cocktail in the poolside lounge? Well, it all comes back to Frankenstein, whose reanimated monster said, “Life, although it may only be an accumulation of anguish, is dear to me, and I will defend it.” And so, too, do Pla and Benji.