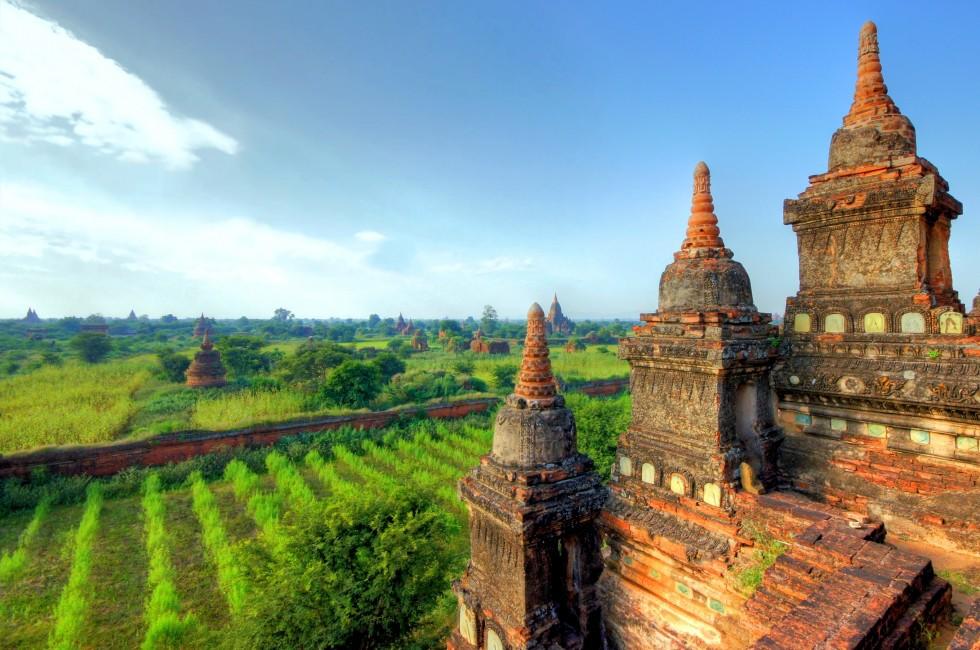 Myanmar (Burma) is simply amazing. This country of 55 million is rapidly emerging from more than 50 years of military dictatorship, blossoming into as worthy a stop as its popular neighbors. The people are more than friendly; they're thrilled to have tourists after being closed off to the West for so long. And it's safe; you won't constantly need to feel for your purse or hold your jewelry tightly.

Myanmar is a country straddling two worlds—Wi-Fi has arrived, but just 10% of the population has a mobile phone. There are pristine 12th-century pagodas and beautiful beaux arts buildings, though how long they'll be preserved remains to be seen, which makes now the time to go. A note about this guide: it is impossible to go to Myanmar and not indirectly give money to the government; the airlines and many of the better hotels are connected to the government. We encourage travelers to do their best to support independent businesses.

Recommended Things to Do in MyanmarSEE ALL

Find the perfect tours and activities in Myanmar.

Recommended Hotels in Myanmar SEE ALL

Recommended Restaurants in Myanmar SEE ALL

Find the best food tours and activities in Myanmar.

Peak Season: Mid-October to February The Burmese call this the cold season, but you'll still find yourself plenty toasty, with temperatures...Read More

Discover the best neighborhoods in Myanmar with curated recommendations from our editors.

Peak Season: Mid-October to February The Burmese call this the cold season, but you'll still find yourself plenty toasty, with temperatures...Read More

Discover the best neighborhoods in Myanmar with curated recommendations from our editors.

Opening Soon: Kempinski Hotels’ First Myanmar Property
Intrepid travelers heading to Myanmar will soon have a new luxury lodging option when Kempinski opens the doors of its first property there.

Walking Guide to Yangon, Myanmar
Pleasantly lacking in major sightseeing highlights, the former capital of Myanmar is a perfect city to get lost in for a while.

5 Heritage Hotels in Yangon, Myanmar
Yangon, Myanmar, retains elements of its colonial past, visible in cozy tea houses, historic buildings, and a handful of photogenic heritage hotels, which are a great way to learn about the city’s past and present.