This town in Northern India was one of the first planned cities in the country.

India is a country rich in architecture and history—from the Taj Mahal to Mumbai’s breathtaking skyscrapers, there’s no limit to the incredible structures you’ll find. In Chandigarh in Northern India, however, you won’t find ancient cities or British colonial buildings or even glossy contemporary apartment buildings. Chandigarh was one of India’s first planned cities, created by the Chandigarh Capital Project Team, led by Swiss architect Charles Edouard Corbusier (Le Corbusier). The result is a city that feels both futuristic and retro. It’s a time capsule of Mid-Century Modern and Brutalist architecture set in the foothills of the Himalayas. In 2016, the Capitol Complex in Chandigarh was declared a UNESCO World Heritage site, making these incredible modern buildings a must-see. 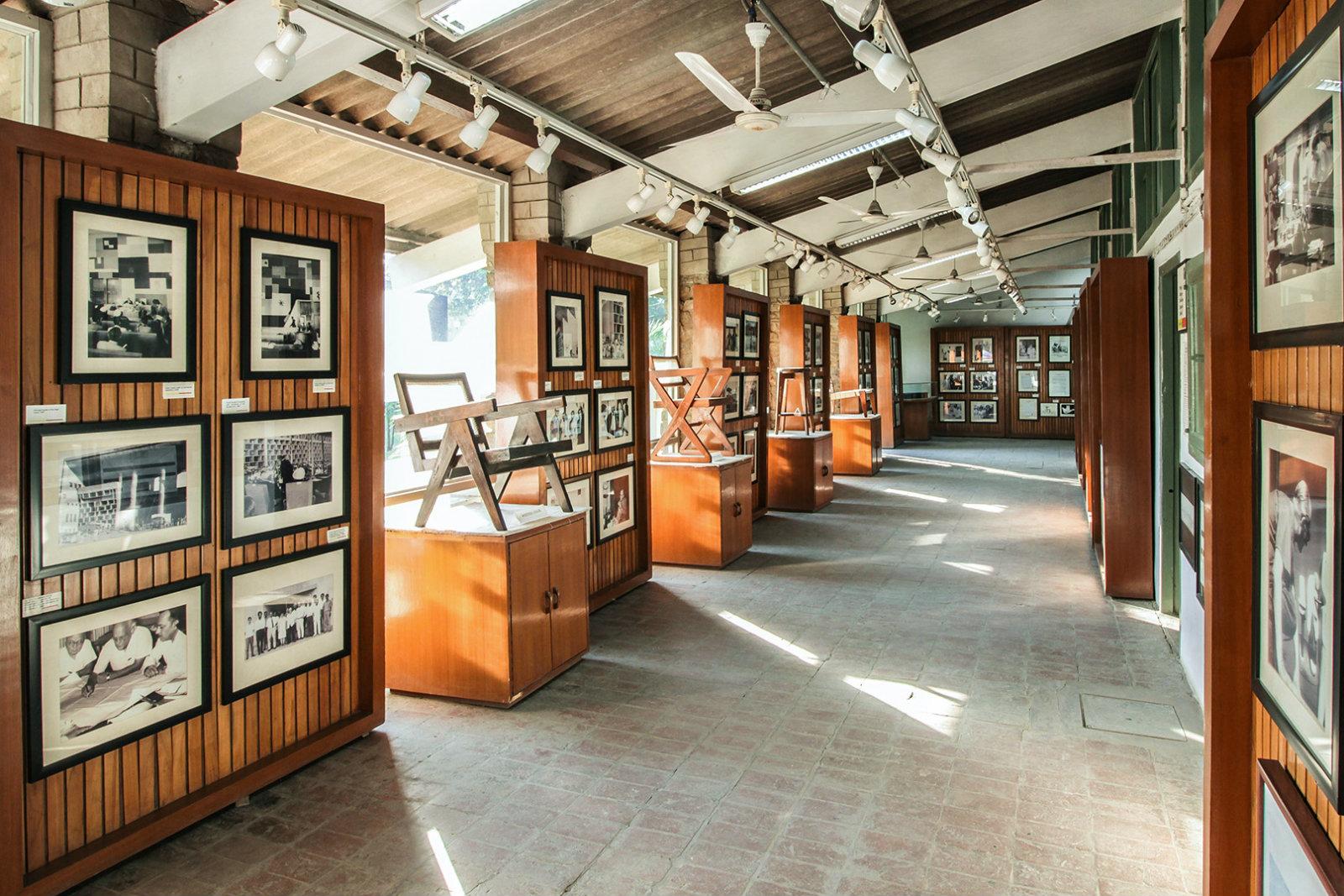 While the whole city was planned by Le Corbusier and his team, the most significant and iconic buildings in Chandigarh are all government buildings in the administrative sector of the city, called the Capital Complex. However, this museum (although not part of the Capital Complex) is the best place to start your architecture tour of Chandigarh. In Le Corbusier’s old office, Le Corbusier Centre has exhibits on the city’s buildings and the life of the famous architect. The best part? Along a sunny corridor, there’s also some mid-century furniture that will make you want to redecorate your home ASAP. 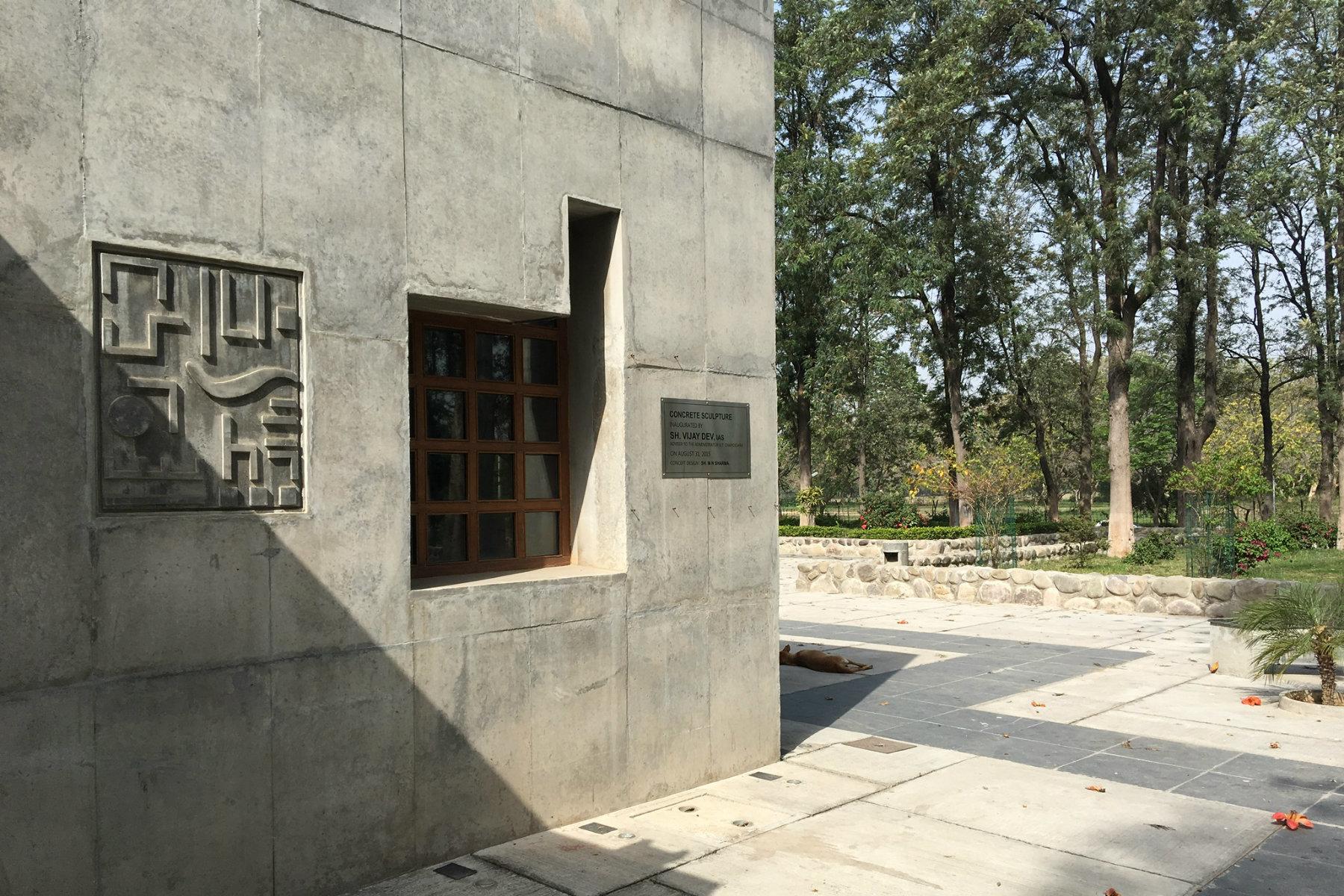 While the Capitol Complex has the city’s most awe-inspiring structures, all of the government buildings are actually used for government business. This is not a museum, but a guided tour through Chandigarh’s court system, which you must apply for in advance. The tour starts at the welcome center, where you’ll have to turn over your passport and go through a metal detector.

INSIDER TIPDon’t forget to look down as you’re walking along—even the manhole covers in Chandigarh were designed by Le Corbusier. 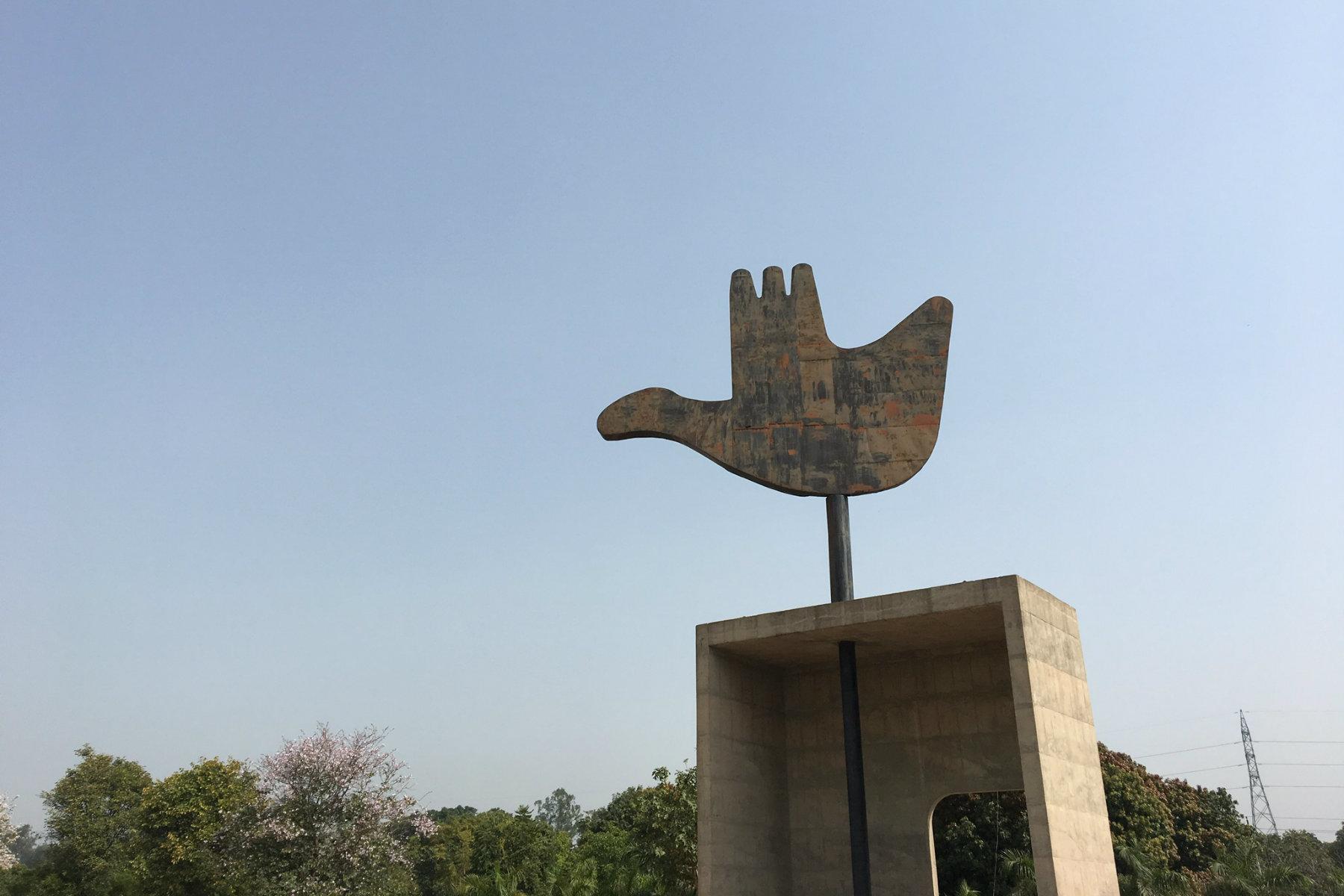 This sculpture, created by Le Corbusier, is meant to symbolize peace and reconciliation. The spinning sculpture resembles both an open hand and a dove. While there are many of Le Corbusier’s Open Hand sculptures throughout Chandigarh and the rest of the world, this one is the tallest, at over 85 feet high. 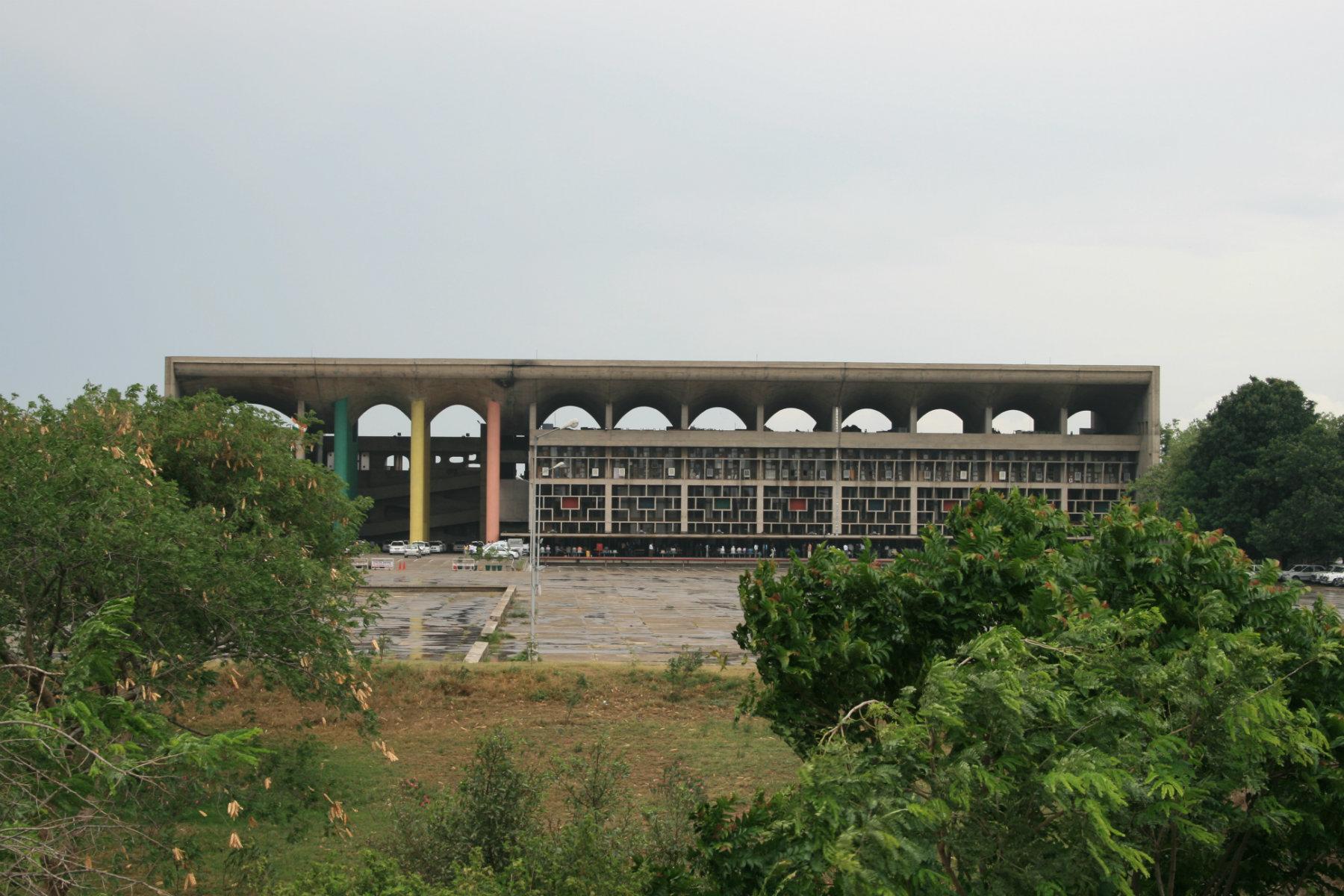 This geometric rainbow building is Chandigarh’s high court. Keep in mind that depending on when court is in session, you won’t even be allowed near some of the buildings as a tourist with a camera. You’re also not allowed in on weekends when the building is closed. 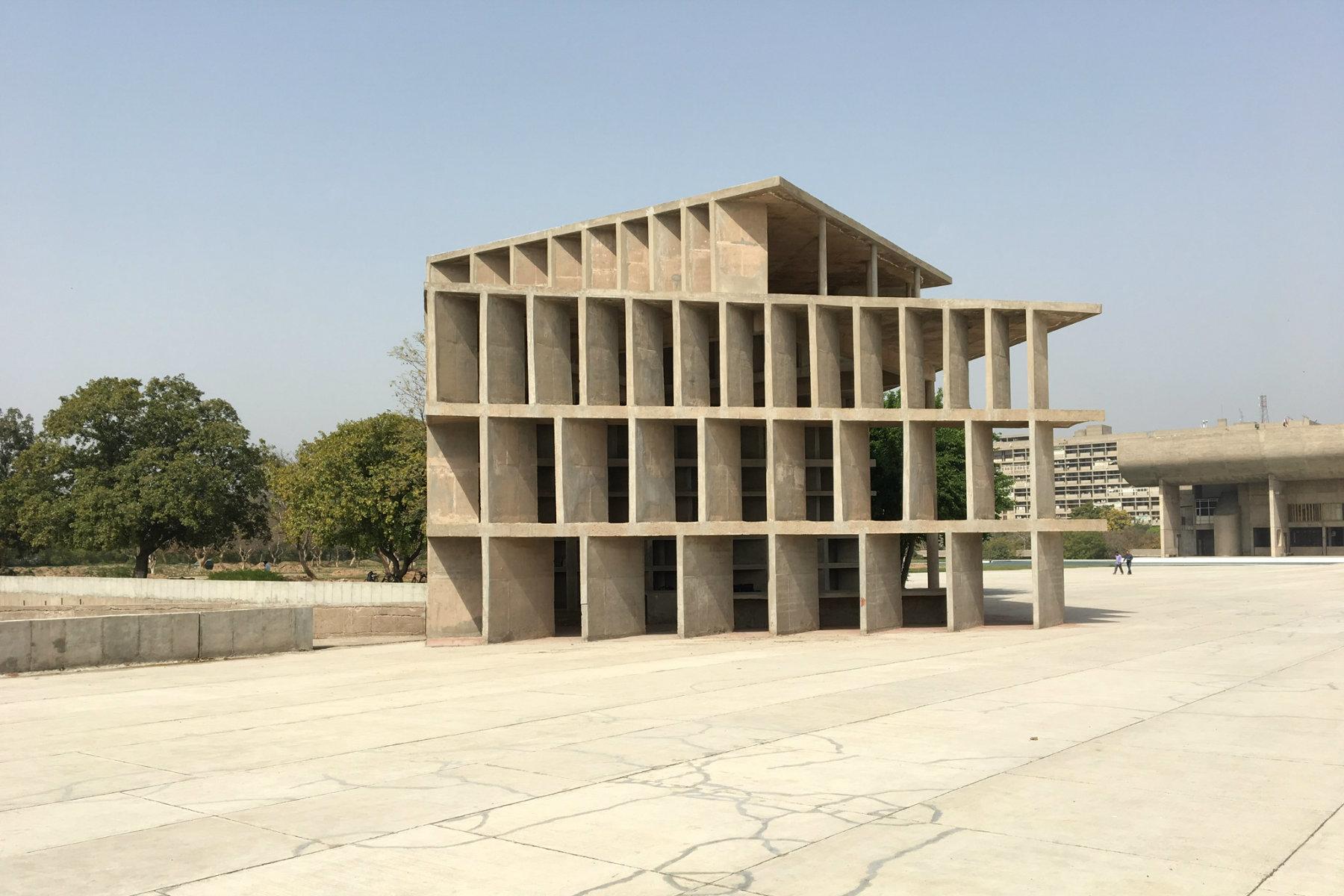 PHOTO: Teddy Minford
Previous Next
5 OF 9

The Tower of Shadows, outside the Secretariat building, is like a sculpture you’re allowed to hang out in. Built to create shade and let in a breeze, the structure is an oddly light and peaceful place amongst the heavy buildings in the Capitol Complex. 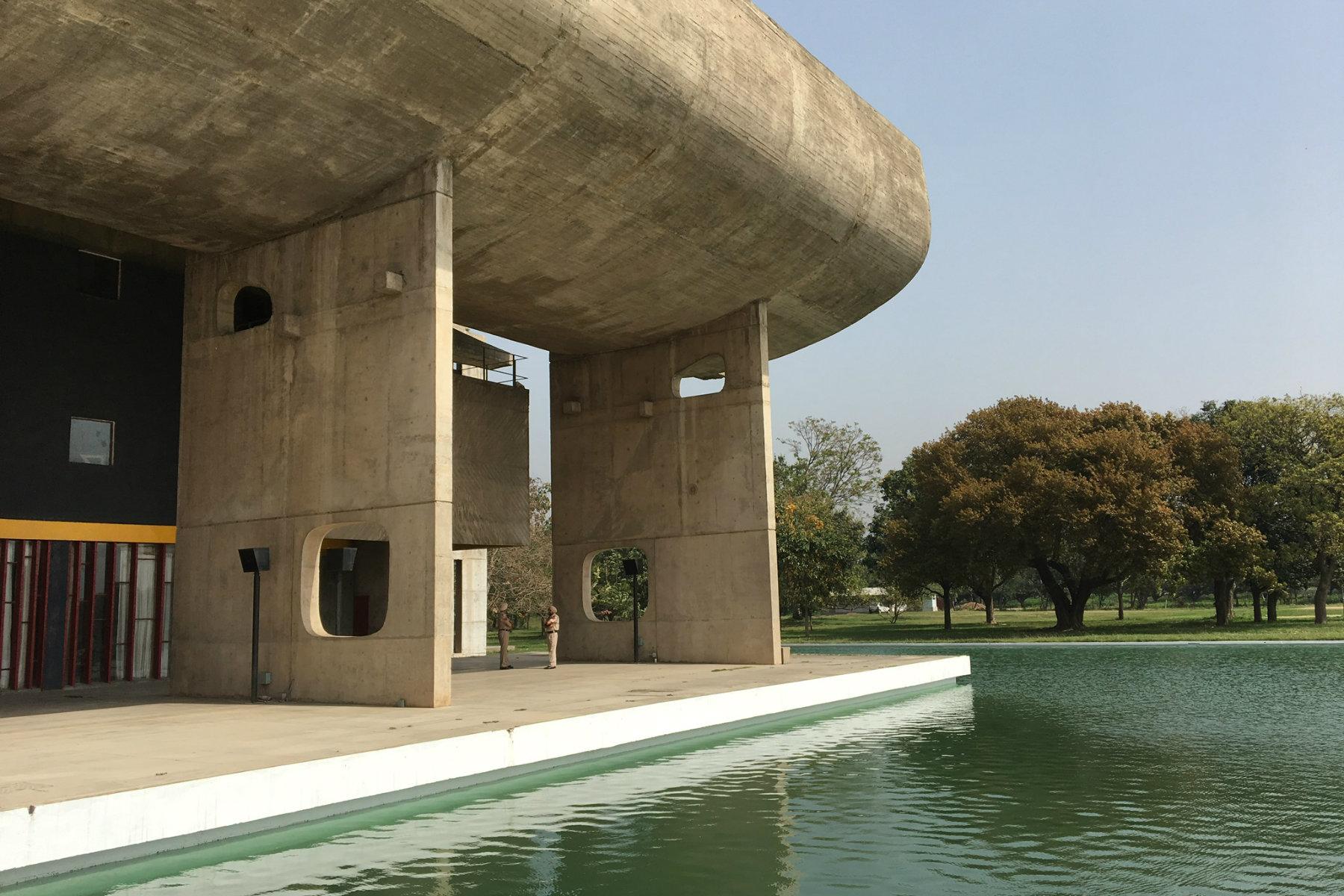 Chandigarh’s Palace of Assembly mixes Brutalist and Mid-Century touches for a structure that feels slightly Soviet, but in an artful way. The massive cement roof swoops up from the building, reflected in the pool below. 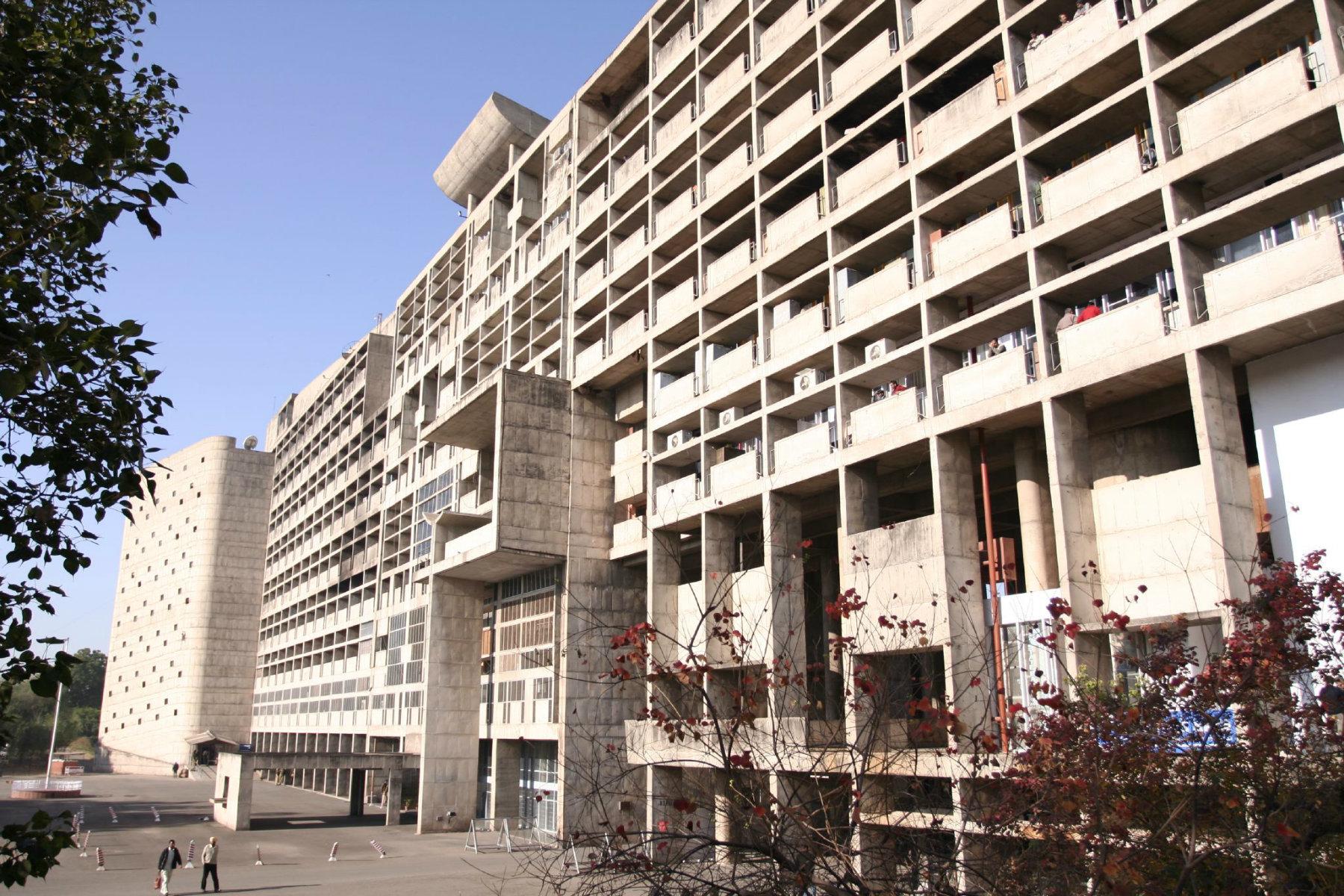 What may look like a regular ol’ office building at first glance, the Secretariat building has some secrets. The eight-story concrete behemoth was meant to revolutionize the traditional idea of the office building, with strategically placed windows that maximize natural light and airflow.

INSIDER TIPOn a tour of the Capitol Complex, you’ll get taken to the roof of the Secretariat building. 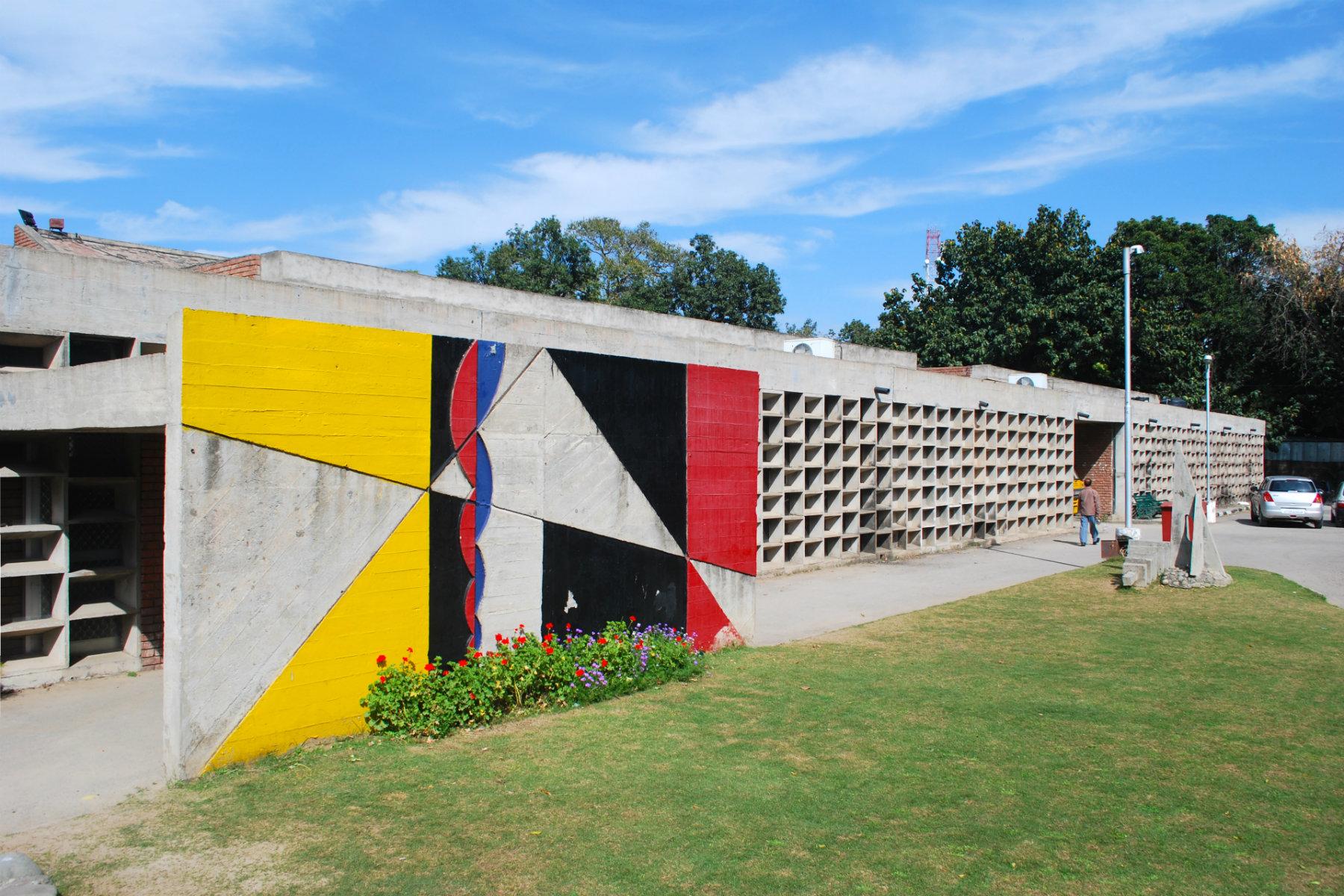 The Government College of Architecture, outside of the Capitol Complex, is one of Le Corbusier’s most colorful buildings in Chandigarh. Like the High Court, the building is comprised of concrete painted in primary colors. 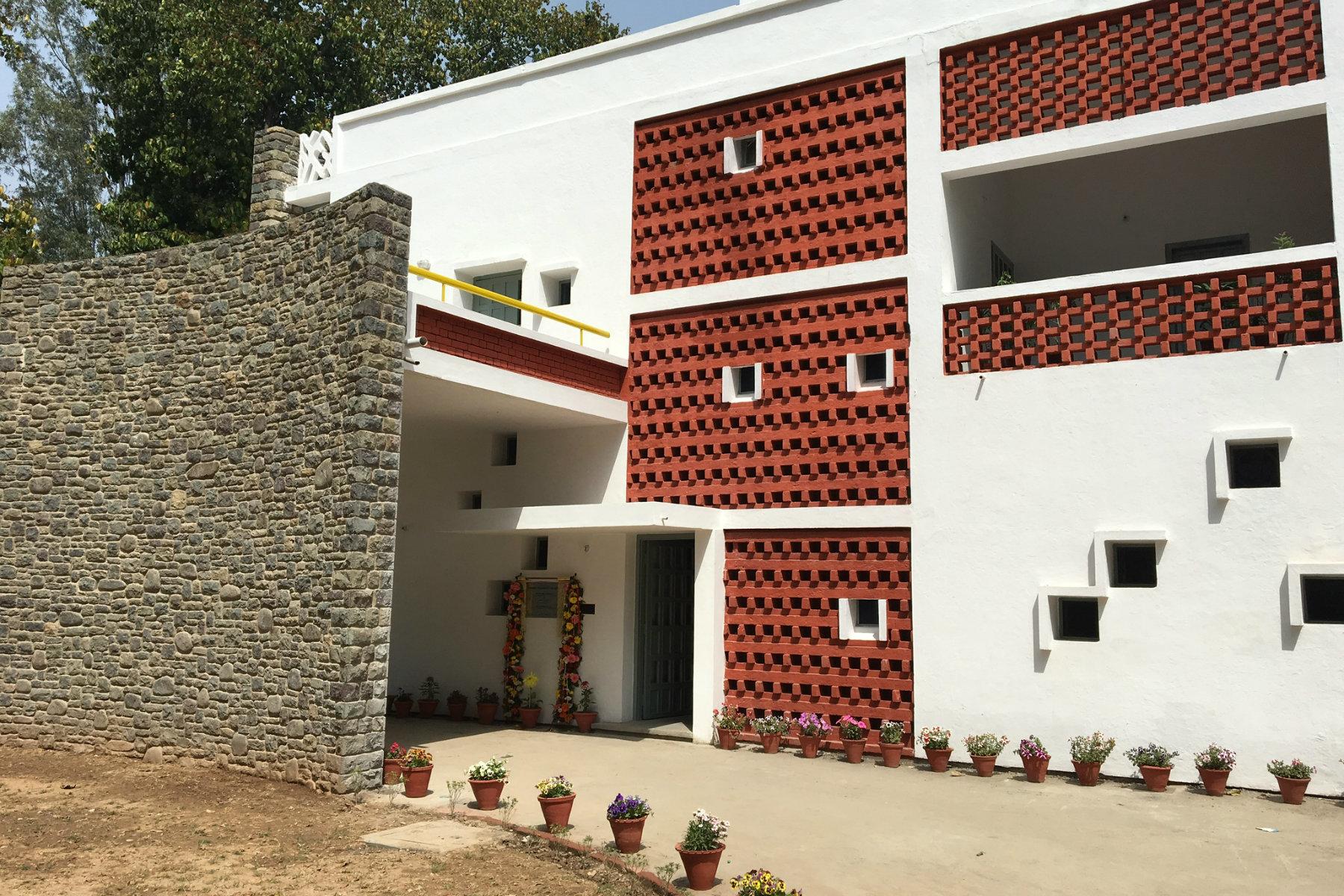 In a leafy suburb of Chandigarh, there’s a new museum that pays homage to another creative mind that helped shaped the city—Pierre Jeanneret, Le Corbusier’s cousin and frequent collaborator. While Le Corbusier designed the flashy government buildings, Jeanneret was in charge of the residential sectors of the city, living in Chandigarh as the chief architect of the city long after the Capitol Complex Project was finished.

The Mid-Century Modern museum feels chic and somehow timeless, with a spiral staircase, cement floors, and large windows that let in tons of light.